Standing VS Ceiling Fans: Which is Better for Your Home?

A staple appliance in any Malaysian household, a fan is one of the most cost-friendly and effective ways to improve ventilation and circulation at home. Most of us are pretty acquainted with how they work, and typically, the choices for fans come down to two major types - stand fans or ceiling fans. But, when it comes to picking a model, which is the better choice for your home and needs? Here, we compare the two to help you make a better choice: 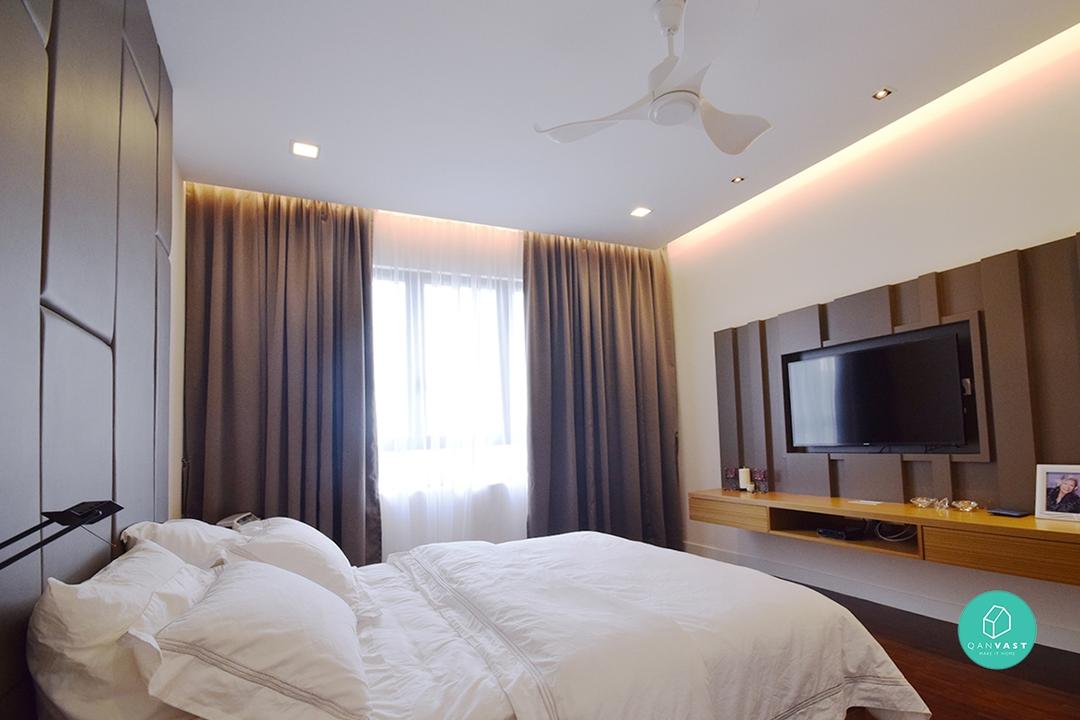 In general, ceiling fans consume more energy than stand fans, but that’s not the whole story. Let’s do the math first!

Here, we use the Panasonic F-407W stand fan and the Panasonic NAMI 4-Blade Ceiling Fan as examples to measure energy consumption. According to the TNB appliance calculator, a stand fan running on high (58.5 watts) for 12 hours a day, costs RM2.19 per month. 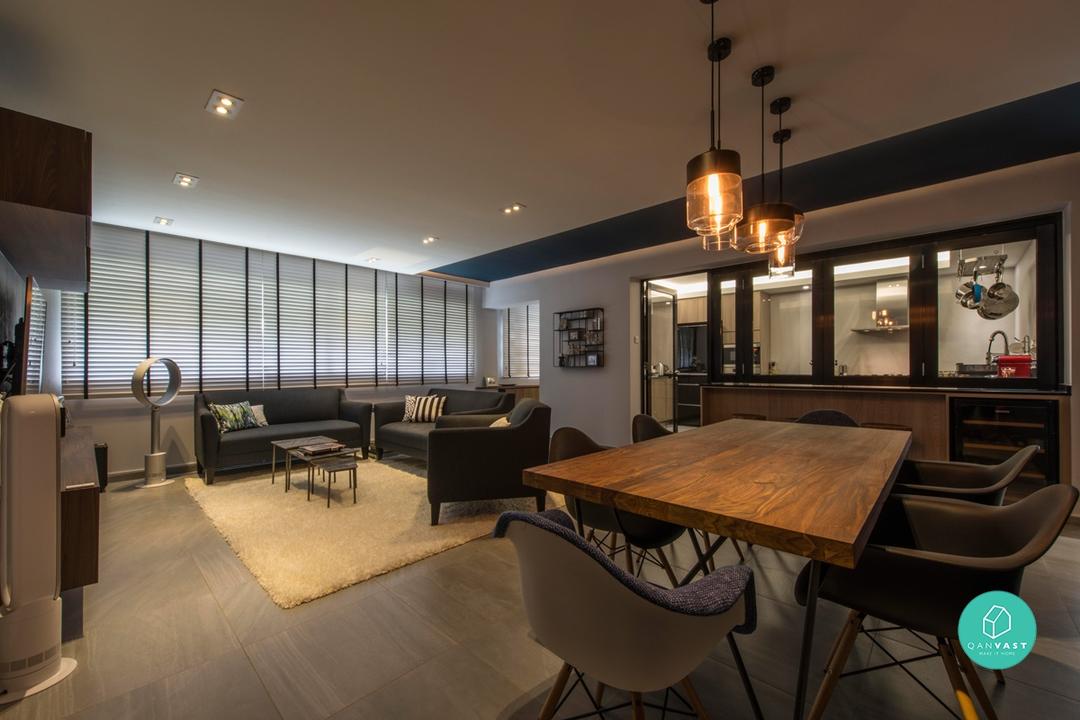 While the overall cost difference is pretty negligible, it’s clear from the calculation that stand fans are cheaper to run, but it doesn’t take into account the air delivery area or speed (velocity). This particular stand fan model is able to cover an area of 63 m3per minute but the ceiling fan covers a whopping 225 m3per minute instead! Thus, the higher cost of consumption for the ceiling fan accounts for more air being delivered to a larger area.

Our Verdict: It Depends

For overall savings and smaller spaces, stand fans may be better suited. However, for homes with a larger coverage area, ceiling fans provide more wind power at a better value. 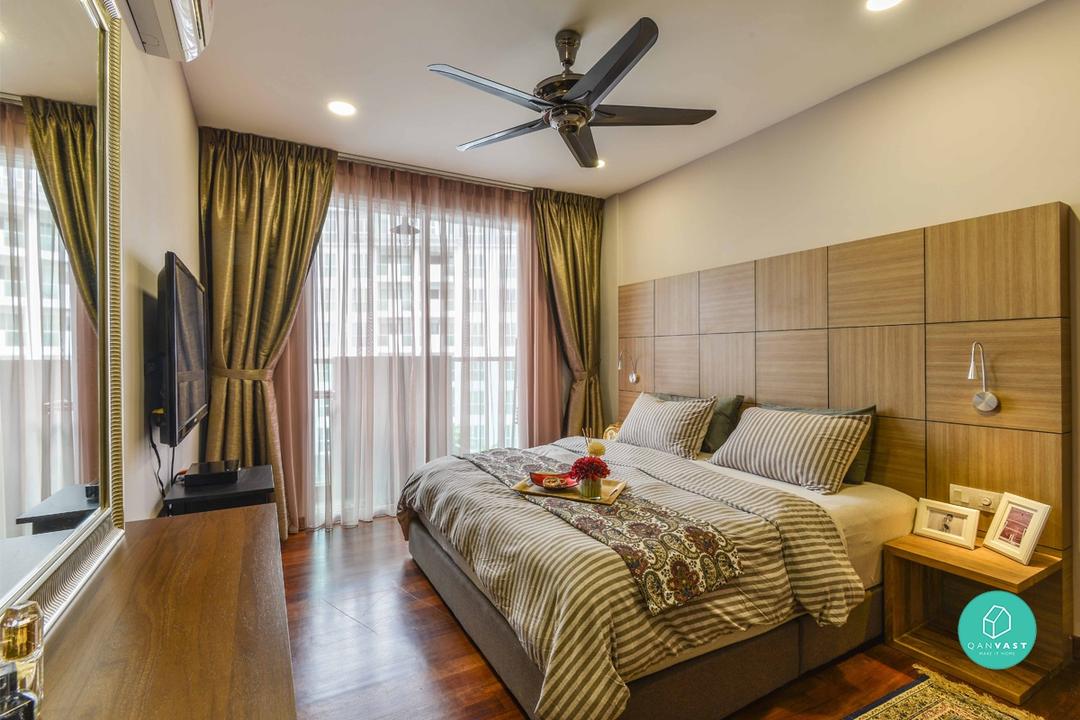 Both types require some mechanical maintenance over time, depending on usage, age and quality. Some fans may need to have its screws or motor cover tightened and blades balanced, especially if it becomes noisy.

For ceiling fans, regular cleaning is necessary to keep breezes strong; however, the cleaning process isn’t always easy, especially if your ceilings are very tall. You may require help if you aren’t physically agile and if you have a fear of heights. 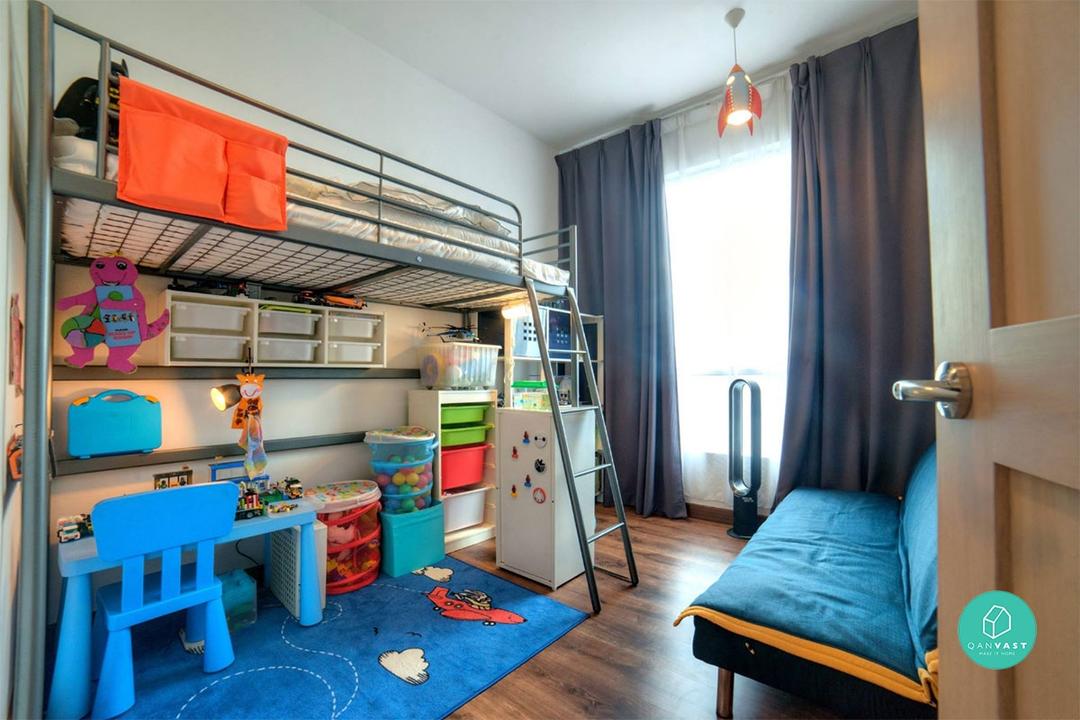 Stand fans on the other hand, can be cleaned rather effortlessly. They can be simply dismantled into parts to wash and wipe if necessary.

These are quite quick and easy to clean and certain parts (e.g. blades and blade locks) are cheap and hassle-free to replace. 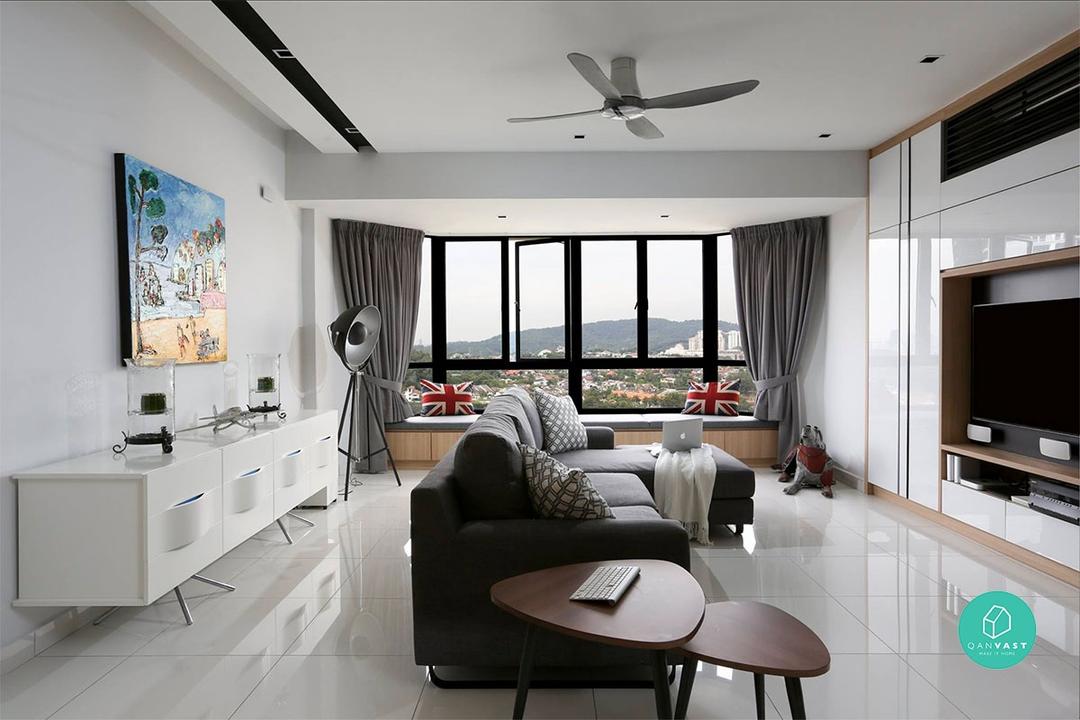 The circulation speeds for both ceiling and stand fans depend on the motors capacity as well as the number of blades, blade material and blade span. 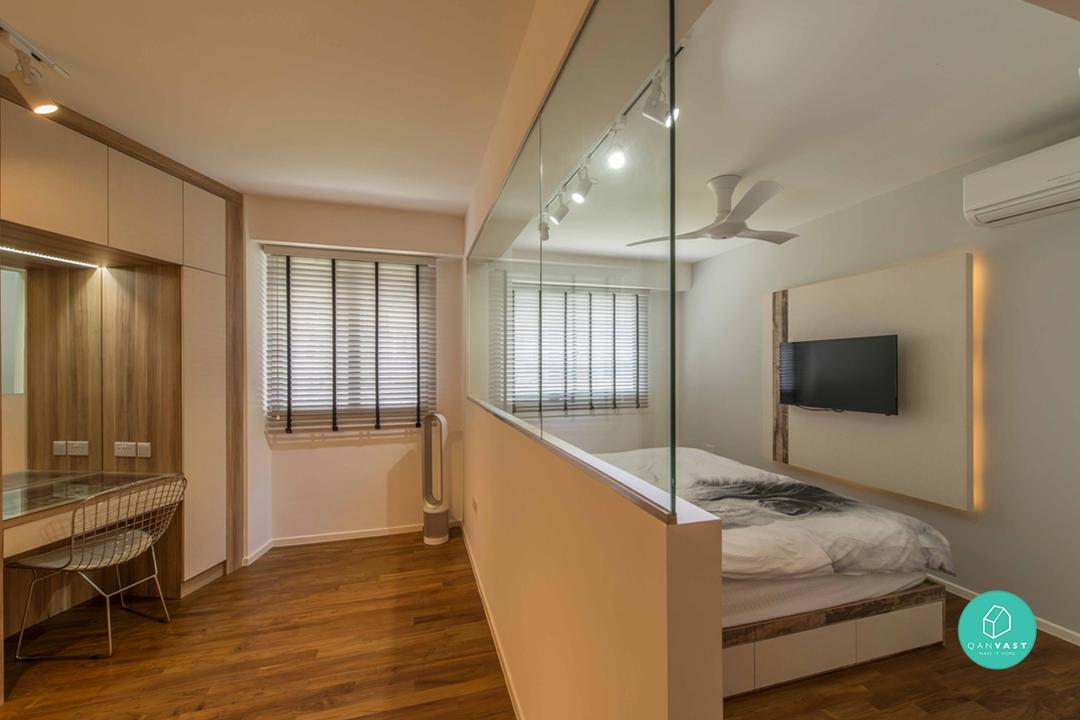 Most standard ceiling fans in Malaysia have a blade span from 56 to 60 inches, which can circulate air efficiently in rooms sized 350 to 400 sq. ft.

The average stand fan blade span ranges from just 12 to 16 inches and thus, the circulation capacity and wind power can’t compare to a ceiling fan. 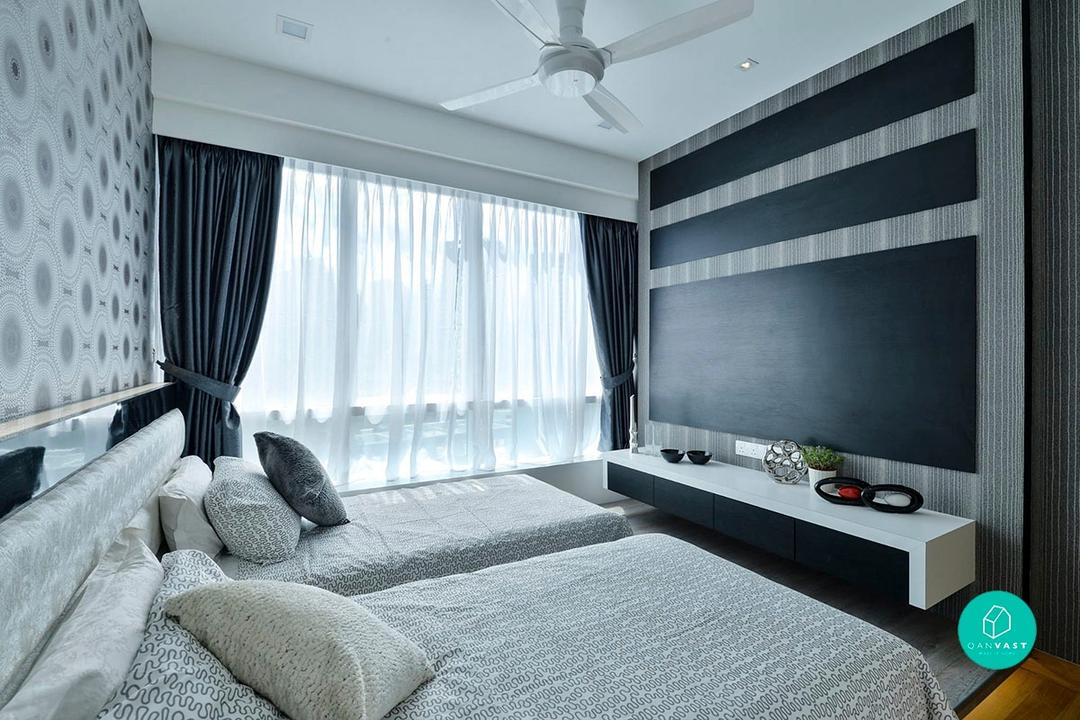 Ceiling fans tend to cost more on average than stand fans do, not just because of the appliance itself, but also due to installation charges.

A standard three or five-blade ceiling fan retails from RM110 to RM300 or more, depending on its specs. High-end varieties with a remote control function or fan with a lamp feature will generally cost more as well. For instance, designer fan models, like this unique wood-blade ceiling fan can retails as much as RM1, 399.00! 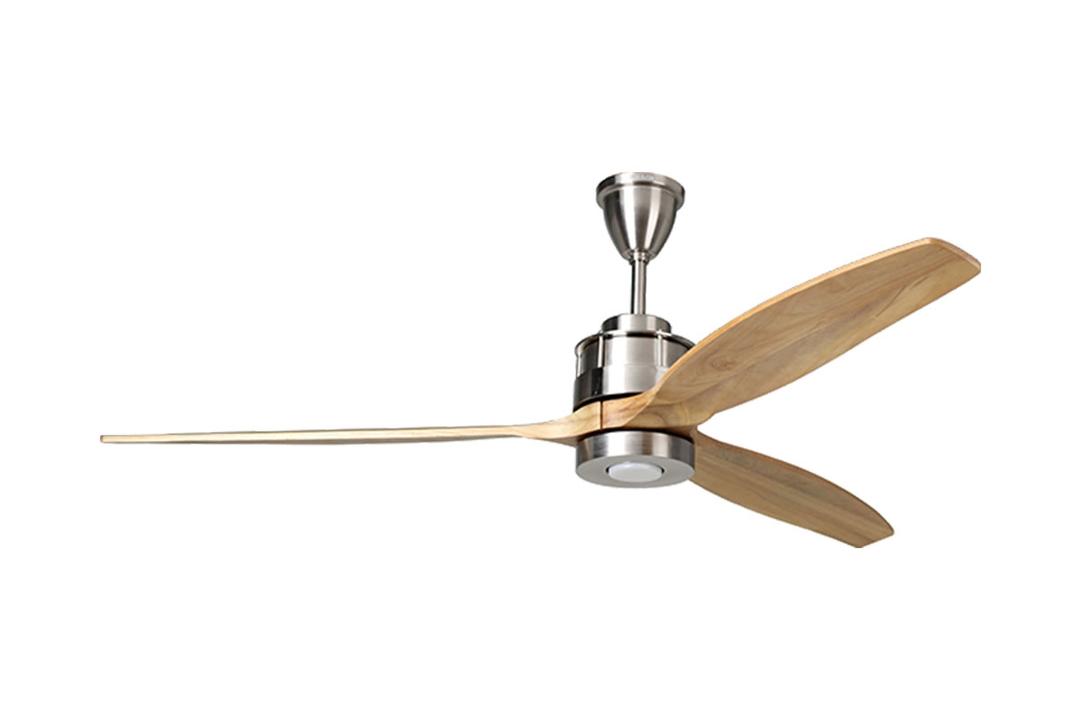 Meanwhile, installation costs vary from RM 50 to RM150, depending on if your ceiling has been fitted with a fan hook and if there are any wiring (and socket) or plaster works needed. 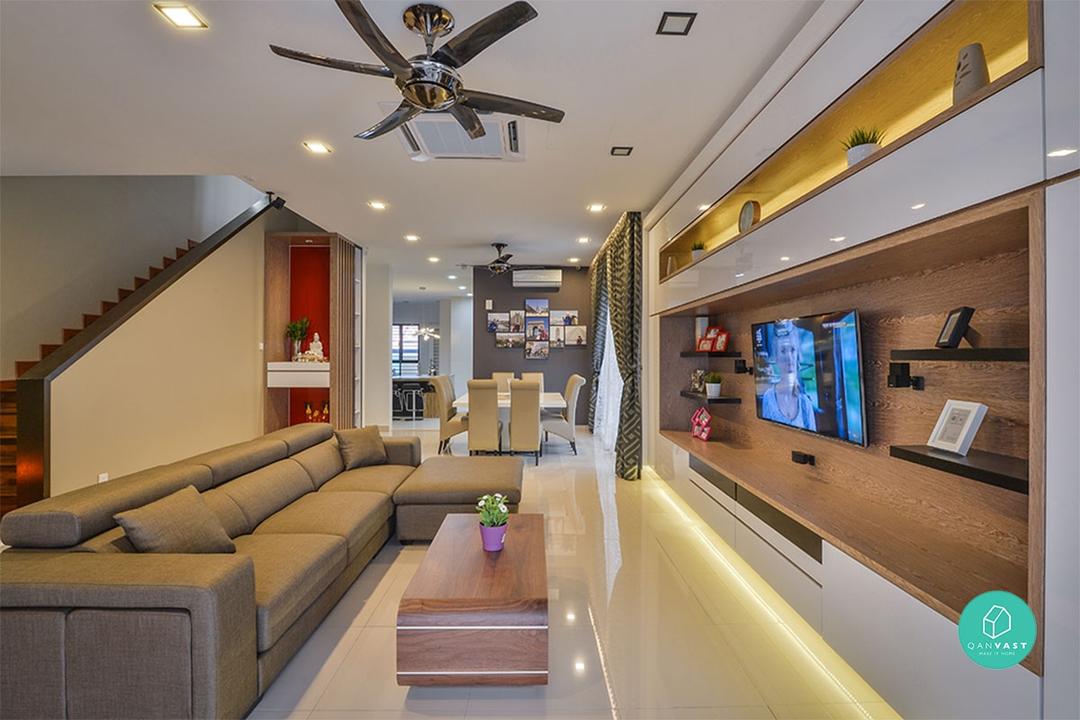 Stand fans are a cash-and-carry type appliance with no installation necessary. It roughly retails from RM120, but could be priced as much as RM300 (or more) for vintage-looking, stainless-steel brushed fans.

If you are on a budget, a stand fan is certainly the less costly option of the two as there are no installation costs involved. 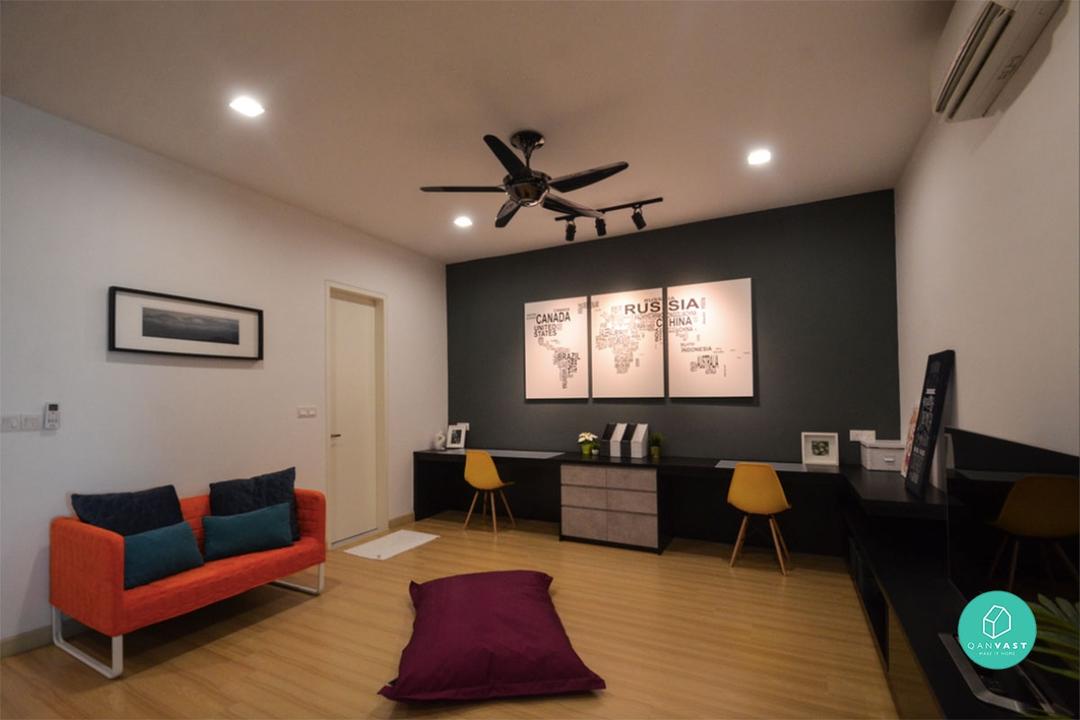 It’s hard to say for sure how long an appliance can last because there are so many factors at play e.g. the quality and brand of the fan, level of usage, environment, maintenance, etc. But even when taking all these into consideration, ceiling fans generally outlast stand fans. 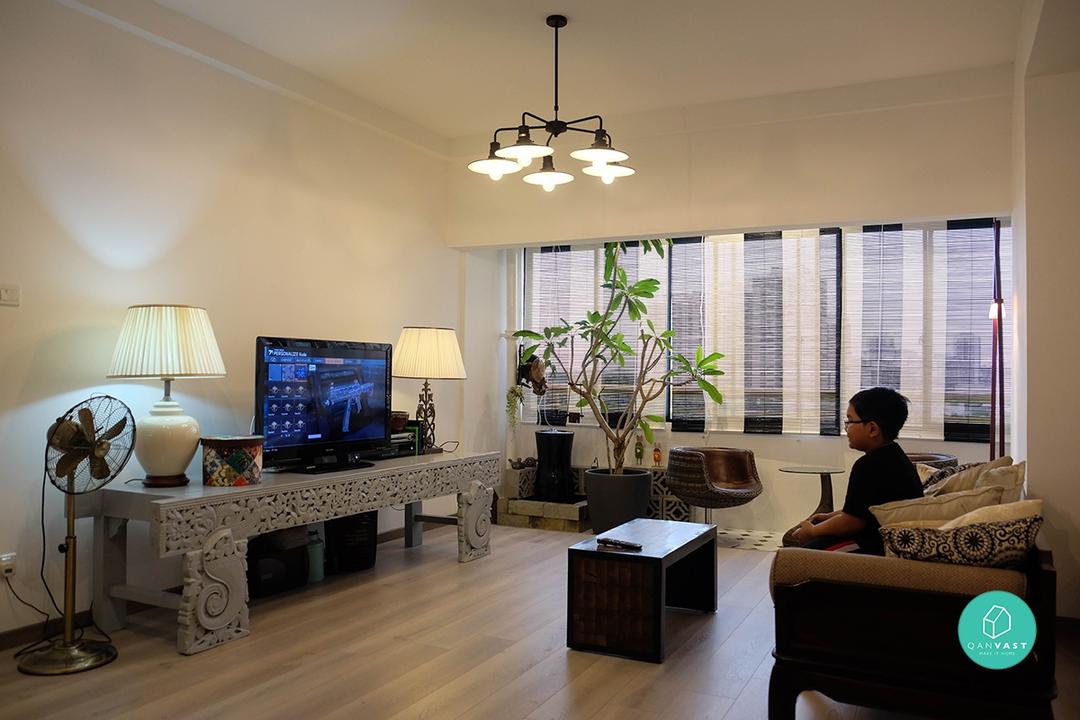 On paper, stand fans are supposedly able to last up to 12 years.

But take it all with a grain of salt! According to many online user forums, most tend to agree that stand fans don’t seem to make it past the five-year mark.

Ceiling fans are definitely more long-lasting and durable when compared. But if you prefer a stand fan, highly reliable ones are available in the market as well. Be sure to check out reviews before buying. 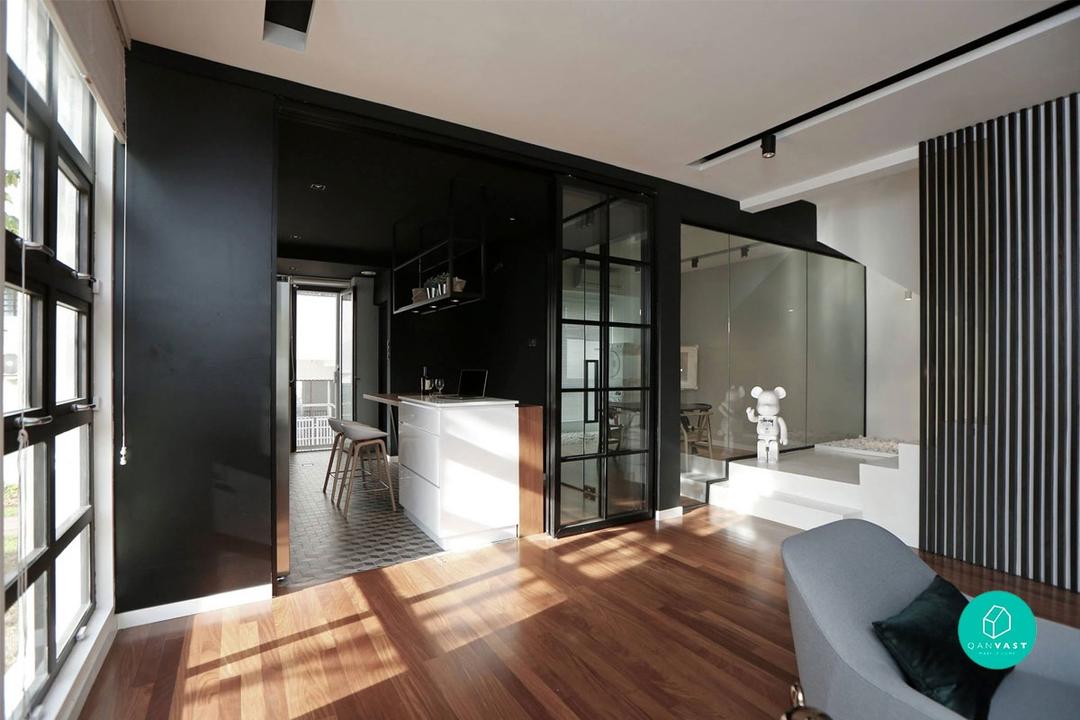 GUIDE
Stale Air No More: 4 Ways to Ventilate Your Stuffy Home
Staying in a stuffy home is no fun. Here’s what you can do to refresh it without cramping your style. 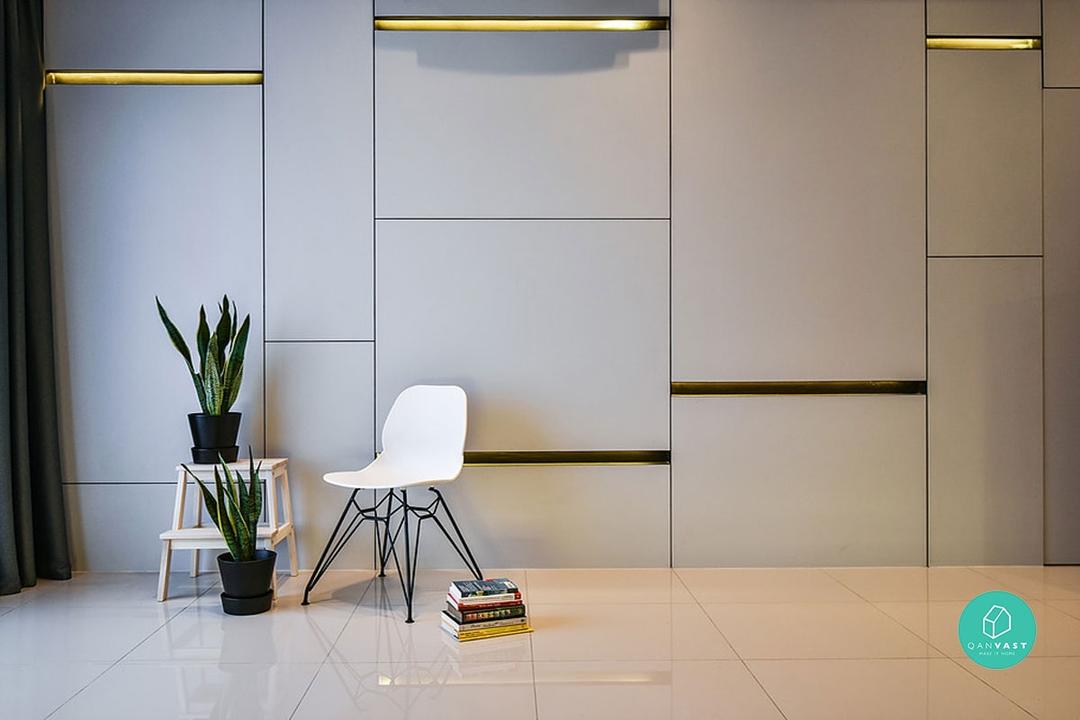 GUIDE
The Kill-Proof Guide to Caring for Indoor Plants
More black than green fingers? Here's how to select the right indoor plants for your home - and care for one to last the years. 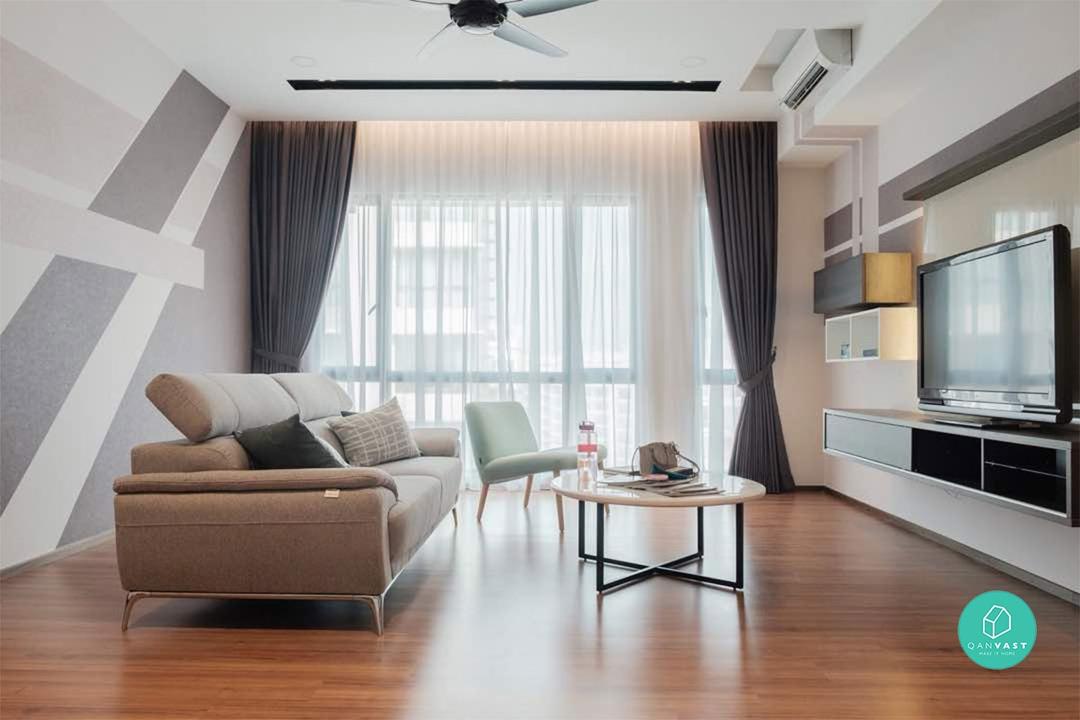 GUIDE
No Hacking: 5 Tricks to Make a Small Home Look Bigger
Looking for no-fuss, cost-friendly ways to make a petite abode look larger? Apply these visual tricks to increase 'spaciousness' in your home.
Preparing the next article…
Recommended for you 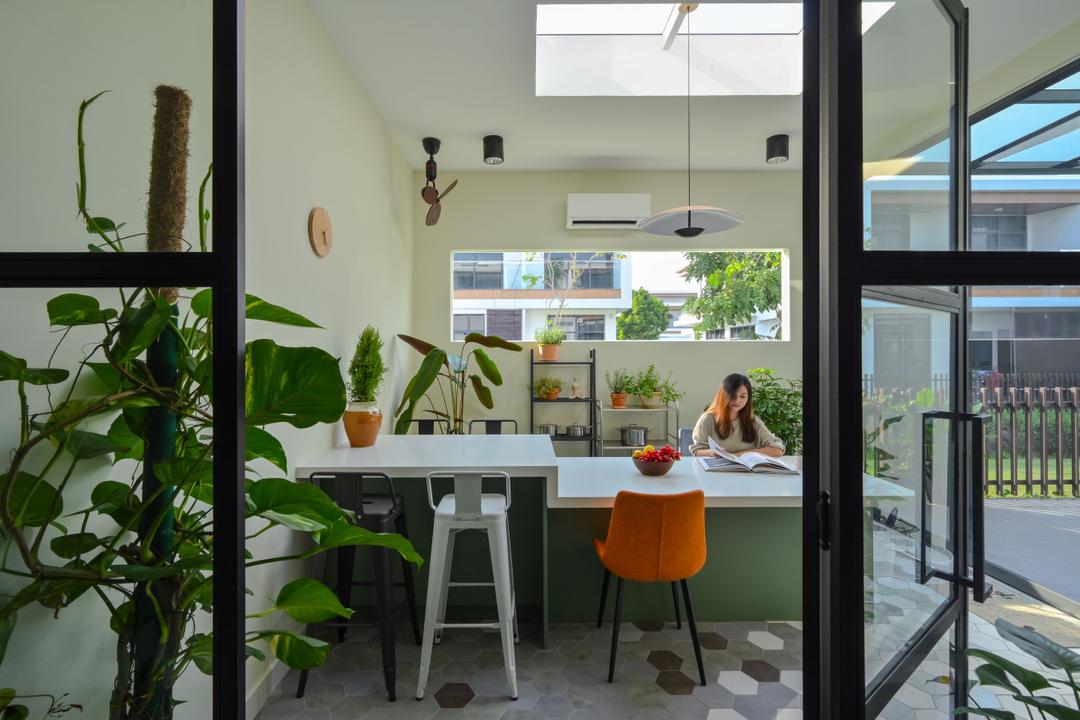 GUIDE
A Beginner’s Guide to Decorating Your Home With Plants 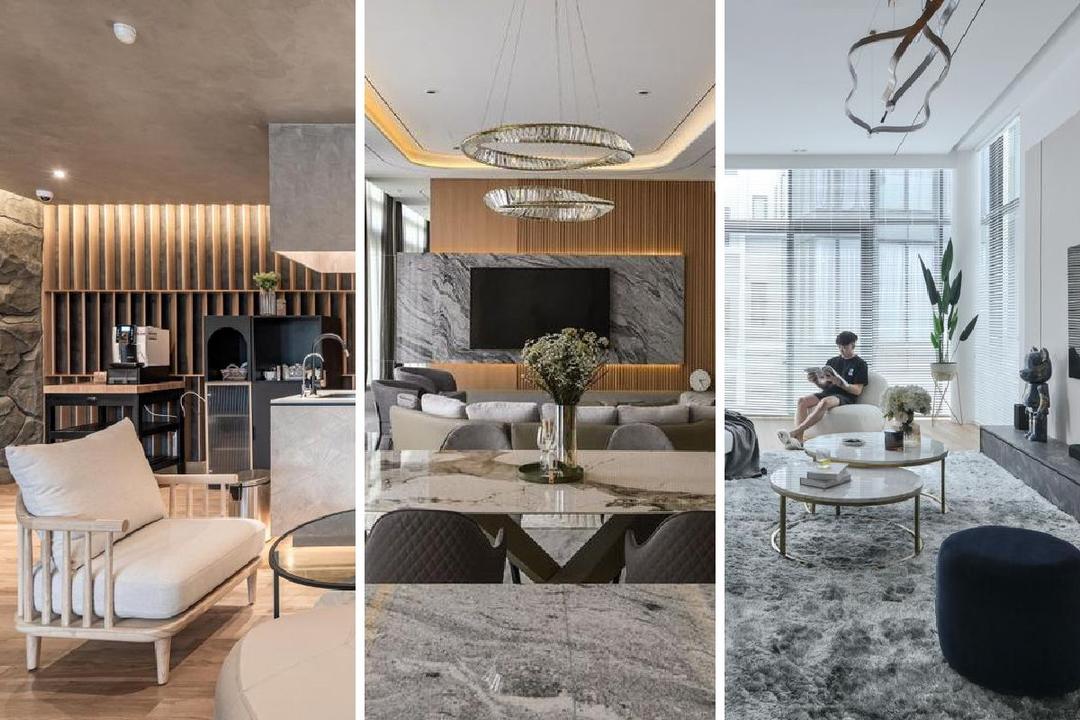 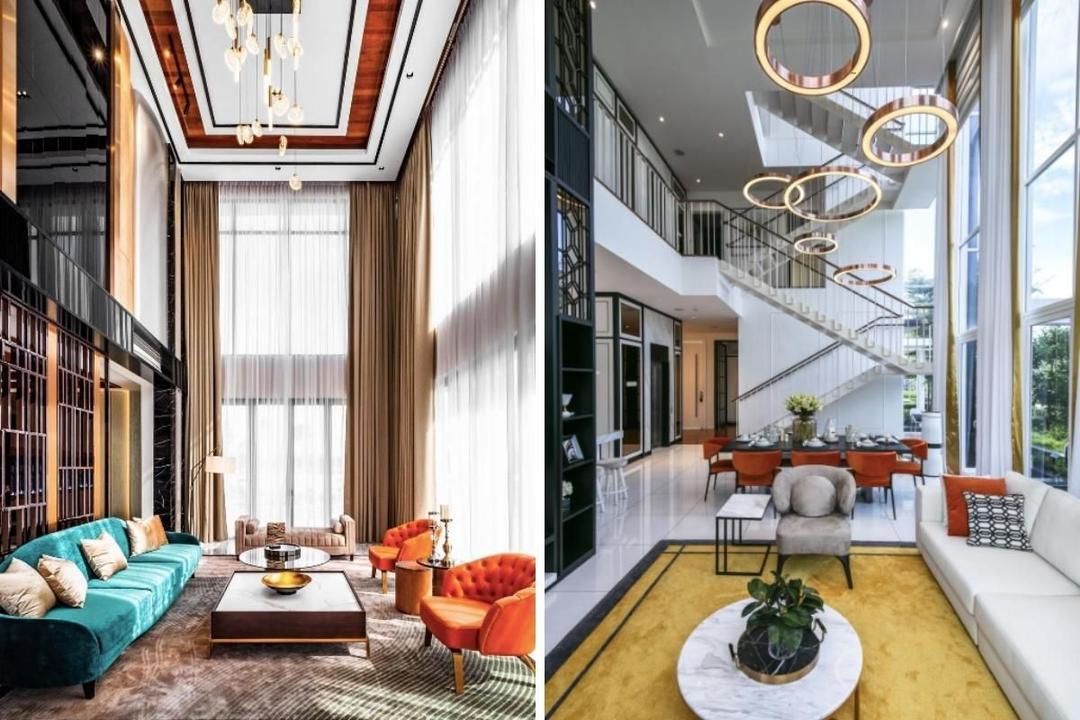