Read and you will understand

We have gotten Imago Dei 3 from Qanvast recommendations. Our initial reno cost about 150k and slowly the total reno cost increases as some variation orders are adding in as it goes on. Most problems are promptly rectify except our 2 sets of window frames are leaking non stop and rectify for 7times also couldn't solve the issue since 26th April 2019 till date, my house have been ponding for several times. The 2sets of windows are replaced once before and I believe they have not been searching for the root of the cause? I'm stressed out whenever the rain comes, I have to get several cloths to clean up the mess, shift my furniture etc including in the wee hours when everyone is sleeping but I got complained by my downstair neighbour for disturbing their sleep, sadly all do not know what I am going through. I'm self employed, no FDW, my wife have to take care of my kids spontaneously, and I have to open the door for the repair works which takes a few hours each time and a few times they have forgotten to come or came too late for the repair works and I went late for my part-time night classes. And my most important concern is the safety issues as my family members are also moving around, my kids could have slip and fall. After all the 7times rectification works, I have to vacuum and mop the floor as I have a toddler and a baby who loves to put things inside their mouth. Everytime the same issue arises, I have to throw away my assignments, my previous work are not done or delayed, get reprimanded by several of my clients as the windows problems are not solved and some of my clients get real pissed off. My concern if the 2 sets windows are replaced once already , and they still did not do a proper job, how could I trust them for future rectification repair works? I hope to get some assurance of 100% no leakage on the 2sets of windows as ample time has been given to rectify. I have raised up some clarification beside the 2sets of windows but they have yet to reply me too. 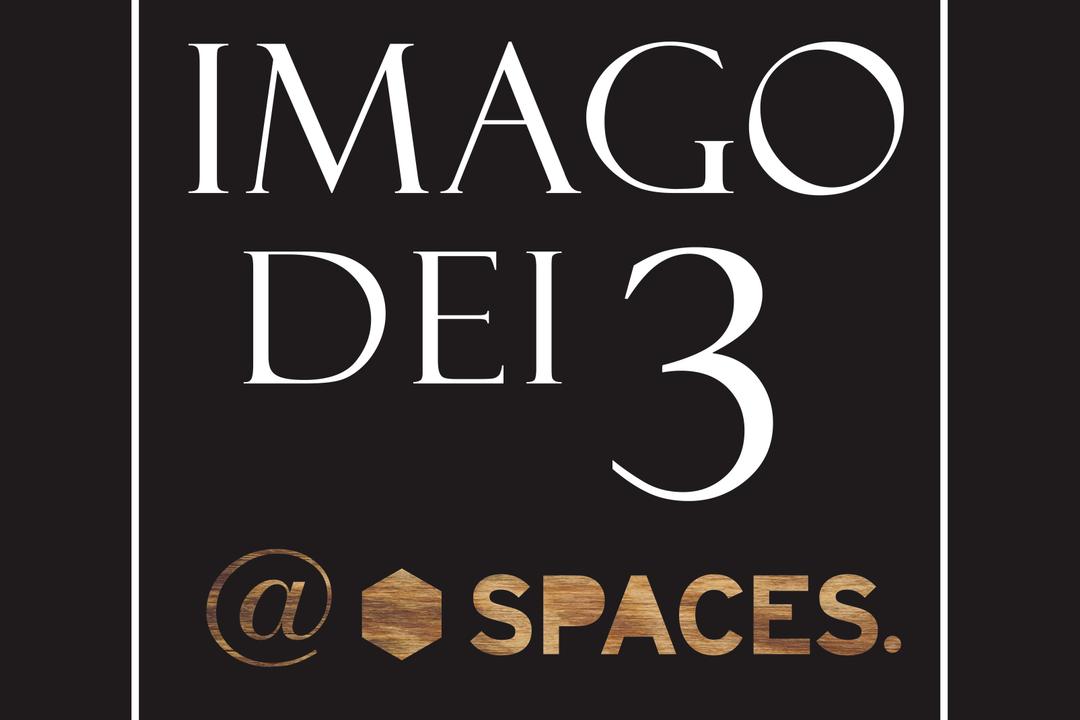 Dear Mr. Foo, may we recapitulate & hopefully this will help you recall our initial discussions regarding the difficulties we both will face in renovating your apt. Do recall when we first saw your apt. and inspected both inside & externally, esp. the parameter & facade walls, we warned you of the physical defects & deterioration of your property due to the age of your property. The facade walls have more than hair line cracks esp. the walls on your balcony. Our ID specialist Lesley informed you that due to the age and poor condition of the wall cracks, we can’t guarantee that there will not be any further water seepage into your flat! But we assured you that we will do our best to minimise the water seepage, although we clearly told you that it was impossible to guarantee that for reason mentioned earlier. You were rather nonchalant & have taken our warnings too lightly. You said that you will raise this matter with the MCST notwithstanding that the warranty by the developer as well as the MCST contractors were all expired thus without their cost being covered! With these provisos, we therefore commenced renovation. When, as expected, the water seepage problem continued due to the compromised physical integrity of your unit walls, we took efforts to do a complete replacement of the first set installed earlier to address the issue at hand but that again did not solve the water seepage problem entirely as the causes were more insidious and sinister as we both knew. You will agree that we have tried our very best and made umpteen attempts to address the water seepage and we were still very willing to help you troubleshoot this issue. But many factors were beyond our control. We have also made appointments and arrangements with the MCST to help explain the situation to them too! Many ID firms and renovation contractors would have either ignore you pleads and requests for redress or simply just walk away from continuing to engage with you. However, Imago Dei 3 LLP being an established and responsible group did not shirk or shy away from our commitments and responsibilities to you. It was your unilateral decision to discontinue communicating with us or allowing us to carry work. We thus presume that you have lost patience! You had the upper hand as part of the renovation bills which were still unpaid, were due and fully payable, were not paid (as at 28 June 2022 at time of writing this reply were still unpaid - amounting to several thousands of dollars).

However, in the spirit of maintaining the goodwill and good faith with our client we have decided not to pursue this matter against you further but let this matter rest on the basis of each suffering and absorbing whatever losses or additional costs incurred without further reference to each other anymore from henceforth. My Wife and I applied for a free quotation via Qanvast and was approached by Imago Dei 3’s designer Stephanie. We met up 3 times before putting the downpayment and was impressed by the work Stephanie was willing to do prior to our downpayment. She proposed a reasonable proposal which we took. She guided us on the handover of the house to the ID and brought us to shop for reasonably priced quality products which we used to fit our house. She was patient and prevented me from overspending. We wanted to build a 50sqft loft in our condo which she had not much experience in building. She impressed us with her attitude, able to accommodate our wild ideas and turned it into a reality eventually. Impressive layout and nice design Did a good job in our toilet as well. Although had to do touch ups and also not that impressed with carpentry. Think can work with better contractors on that part. Delivered within schedule and always available. Works hard to rectify our problems ASAP. Treated us like royalty. Good ID overall and would recommend for decent and affordable works plus excellent service 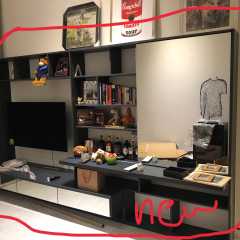 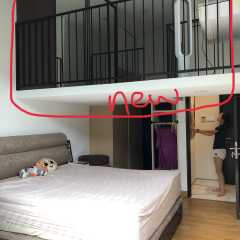 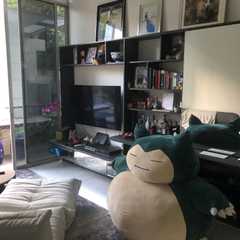 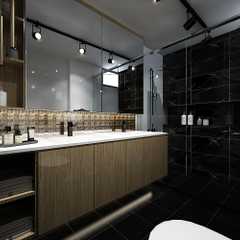 Meet only reliable firms
Connect with an interior firm on Qanvast to be part of the Qanvast Trust Programme and enjoy perks!
Review of Imago Dei 3
DC
Serangoon Gardens

Imago Dei 3 was a recommendation from a friend and one of the reasons I decided to engage them as my ID is when they presented their proposal to me. It was fair, quite realistic and achievable. During the renovation process, my ID Lesley Koh was open to communication. Any issues was rectified promptly. Design wise, I was impressed with the final results. Lesley provided feedback and recommendations to which further improved the outlook of the design. He managed to match the colour scheme with what I want and goes nicely altogether. More importantly, he gave me an estimation amount for the materials but after the final bill he took us the additional unnecessary charges. I found that Lesley did a great job in handling the coordination of the project and it was completed within the timeline!

I came across Imago Dei 3 when I was walking through Siglap Centre and saw their shopfront design. I was impressed with how their office looked and I began to discuss further about my renovation plans. I was impressed with the ID Lesley's ability to quickly grasped what I had in mind. He understands what I wanted for my home and I do not have explain more. As this was not my first home I felt the quality of products that Imago Dei 3 gave was better than the previous IDs that I had engaged. I even recommended them to my parents and sister as I was satisfied with the great service. Lesley was good with the after sales too, we still kept in touch and continue the relationship connection even after the renovation was completed.

Imago Dei 3 was a recommendation by a friend and I decided to arrange a meeting to know more about what they can offer. Our first impression was good, I felt that they were convincing, I was comfortable talking with the ID and thus engaged their services. The ID gave great design ideas and has the technical knowledge after looking through his plans. As my home is only a 3 room, I wanted an extra room and the ID managed to achieve that! He was quick to attend to any minor problems and rectify it quickly. I was happy with the aesthetics of their design (e.g one of the room has a bunker bed and the ID managed to have the study table below is which create more space. My daughter loved her room and I impressed that given the short timeframe he was able to handle the project smoothly and got it done in time. He managed to create a cosy place for us and we are happy with the renovation.

We wanted to rebuilt our semi detached home and knew that Lesley was the right person for the project. Our first meeting was good, Lesley was reliable and he understood what we wanted for the design. Although we had a simple design, Lesley managed to create clean, clutter free, elegant yet timeless space for us. As a designer, he went the extra mile to meet my two boys, taking time to understand what they want for their own rooms and incorporate according to their interests, colour etc. Even now, our home still looks new after so many years and we are a return homeowner who has engaged their services again for our spare room!