Verified reviews are cross-checked against their renovation contract.
Review of Tid Plus Design
GL
Review

I would like to share my experience. A very terrible experience and nightmare indeed. The ID/Company would promise to send me things by when for example, they would say tomorrow then when I asked tomorrow, they would say the next day and then it just keep dragging with these empty promises until days and weeks. The ID/Company would sometimes did not plan ahead for discussions or to send things in advance that needed confirmation and pushed me to make decisions at the last minute immediately or within 1-2 hours during my work hours and meetings after sending at the last minute even though I already said to inform, send me in advance and give me adequate time to study and confirm things. They would then said if I don't get back within the stipulated time, don't blame the Company for any delays. The ID/Company would push blames on me, insulted me, verbal abuses with bad customer service and empty promises causing further delays and anxiety to me. The ID/Company would not be responsive especially weekends and worse case there was no reply for 1 week even though I mentioned urgent. She would claim family time and busy. I also met the ID/Company a few times to convey comments, decisions and materials but did not take note, forgot and I have to keep repeating meetings after meetings. The ID/company would give attitude problems, getting impatient easily and rude to me making discussions very difficult. There was once in the showroom as I was trying to discuss and ask questions, she impatiently shouted at me, banged the table, gave me a threatening stare, fold arms and behaved like a hooligan. Every question I asked, she would give a nasty and impatient tone to me and asked another ID to talk and listen to me instead. There were instances of threatening, insulting, speaking to me like a hooligan, raised voice at me and I feel abused. I gave my trust to the ID/Company but ended up I was treated like enemy/worker rather than client. There was no basic customer service. Due to all these, I requested to change an ID and the Company kept saying everyone was busy. I don't have much choice as works were done half way and I have already sold my current flat after getting the Schedule from the ID/Company. I was desperate, stressed, panicked and pleaded for the company to finish all works in the contract so that I could moved in quickly by the stipulated date given by the HDB, if not I would have to sleep on the street or at a risky, dirty and messy incomplete house. However, both the ID and the Company chose to terminate the contract prematurely without fulfilling the original contract that was signed by me and the ID which was a breach of contract. They said they would just finish whatever they have done half way and the rest like carpentry works, they would not continue and asked me to find someone else at that very tight and critical juncture. I have no choice but to agree to that arrangement as time was running out and they refused to continue even though I pleaded out of desperation for them to continue as I have to move in as soon as possible that was set by the HDB. Due to this, I am faced with many difficulties, extra costs, anxiety, problems and long delays which caused major disruptions to my life, plans and schedules. The ID/Company did continue to finish whatever they have done half way and I did not raise this matter up. Recently, my legal circle said I should request for a compensation after all these things have happened and I shouldn't be keeping quiet. I requested but the company sent a letter to me that I agreed with that arrangement and they have done no wrong. Till now, they thought they they have done no wrong. Also, they discounted the fact that I was forced and left with no choice to agree at that stressful point of time as the they refused to continue even though I pleaded out of desperation to continue as I have to move in as soon as possible in which i have sold my old flat based on the original schedule provided by the ID. Please choose your ID and ID Company wisely, thanks.

At first I was skeptical to engage Tidplus since there was alot of bad reviews example cheat people money or job not completed from other reno companies but after doing several research and photos from social media, I called up Tidplus and gave them my floor plan. I was introduced to Sia. Gave him my concept of the house and some pics for him to come up with ideas. During the whole process was such a breeze. He'll update me thru what's app and send videos and pics on every detailed work. There's some minor glitch but he rectified it asap. As such I was intrigued and ecstatic of the whole reno process. 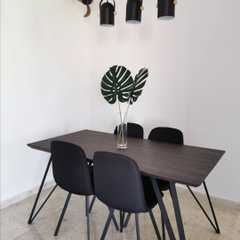 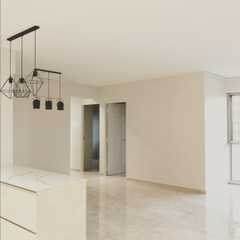 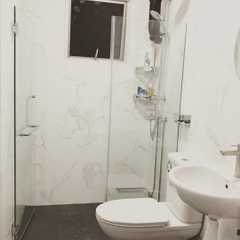 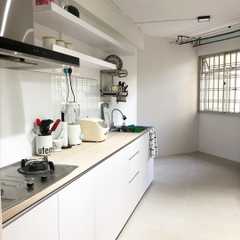 Review of Tid Plus Design
P
Our first home

This was our first renovation. We choose Tidplus design because of their portfolio on instagram. It is beautiful ! At the beginning, we are not sure of the many do and donts, even how to go about. My wife collected some style she likes and shared with kai. She knows immediately how to execute and how to plan. Her ideas was so immediate that you know you can trust her to turn the house out the way you want it. She shared the dos and dont and what to expect during the course of renovation. The renovation journey was smooth with frequent updates. It was even earlier then schedule. The minor hiccups were fixed almost immediately. But which reno has no hiccups. The home turns out how we envisioned and so close with 3Ds presented. We were really please with our choice - tidplus design. Thumbs UP!

Meet only reliable firms
Connect with an interior firm on Qanvast to be part of the Qanvast Trust Programme and enjoy perks!
Review of Tid Plus Design Not a Tinge of Regret Engaging Tid Plus Design

Met with 8 ID/contractor firms and fell in love with Tid Plus Design because they understood my needs very clearly and even suggested ways to improve the design to suit my needs better. The workmanship was top notch and Kai monitored and updated the renovation progress very closely allowing me to be at ease throughout the renovation period. Their designs are very current, and timeless and really very functional. My home is a HDB resale flat and nothing can be salvaged. She worked within my budget, and advises us what are the "needs" and "wants" so that I could scale down my design to fit how much I am willing to pay. The project took 7 weeks to complete, one week earlier than the expected handover. Kai is also very patient with my changes with the project along the way. I highly recommend this ID firm if you want a stylish home without being too expensive. 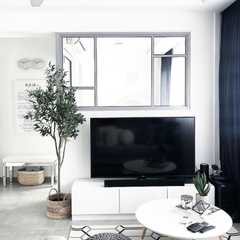 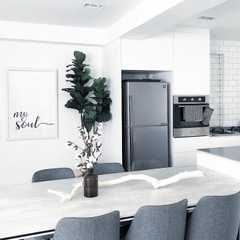 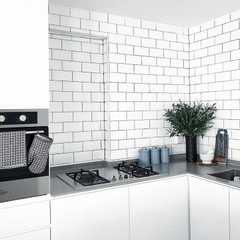 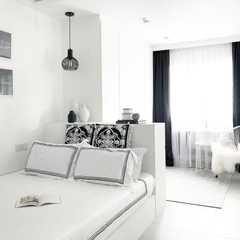