A Breezy, Coastal Abode, Straight Out of A Travel Magazine

After hopping through multiple rentals over the years, homeowner Jonathan and his wife were looking for a home they could finally settle down when they moved to Singapore from Hong Kong.

Their brief? A home that felt like an actual house, not apartment. Inspired by the beachside homes from his childhood in the Hamptons, the couple - who often work long hours - wanted a relaxing space that was perfect for work, play... and new family on the way. 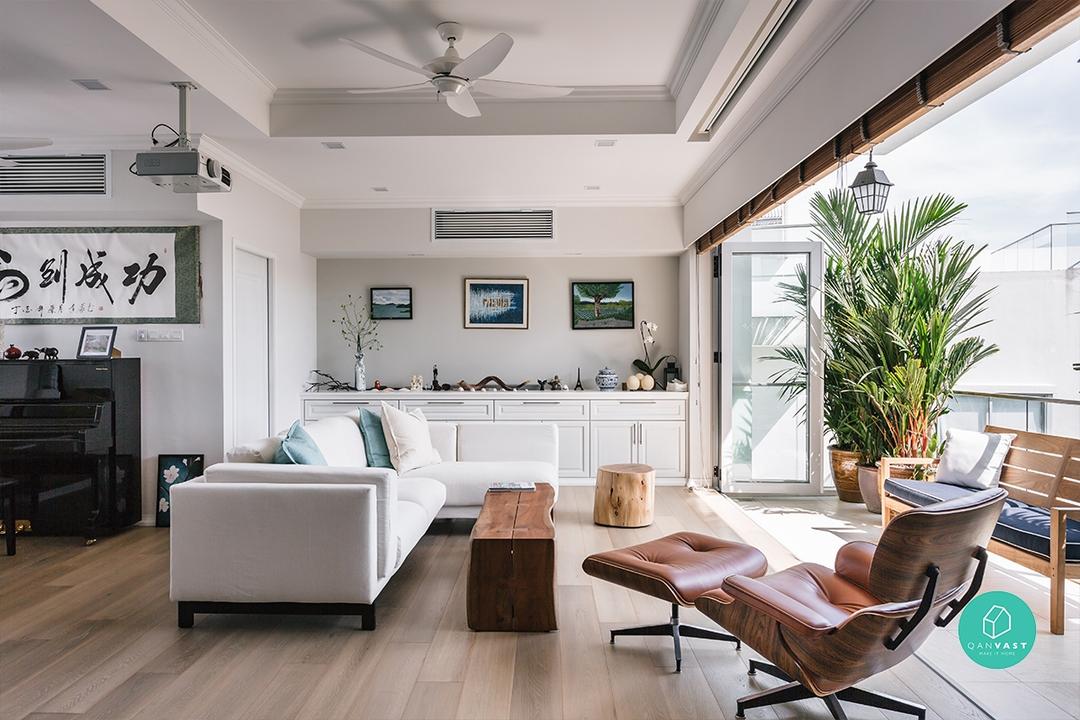 Impressed by his attentiveness and patience, they sought the help of Raphael from Schemacraft to realise their dream, coastal-themed oasis. And the result couldn't have been better. Light and breezy, with a nod to both eastern and western styles, the beachy abode is a sight straight out of a travel magazine.

Major wanderlust aside, we chatted with Jonathan about how they and Raphael made it all happen: 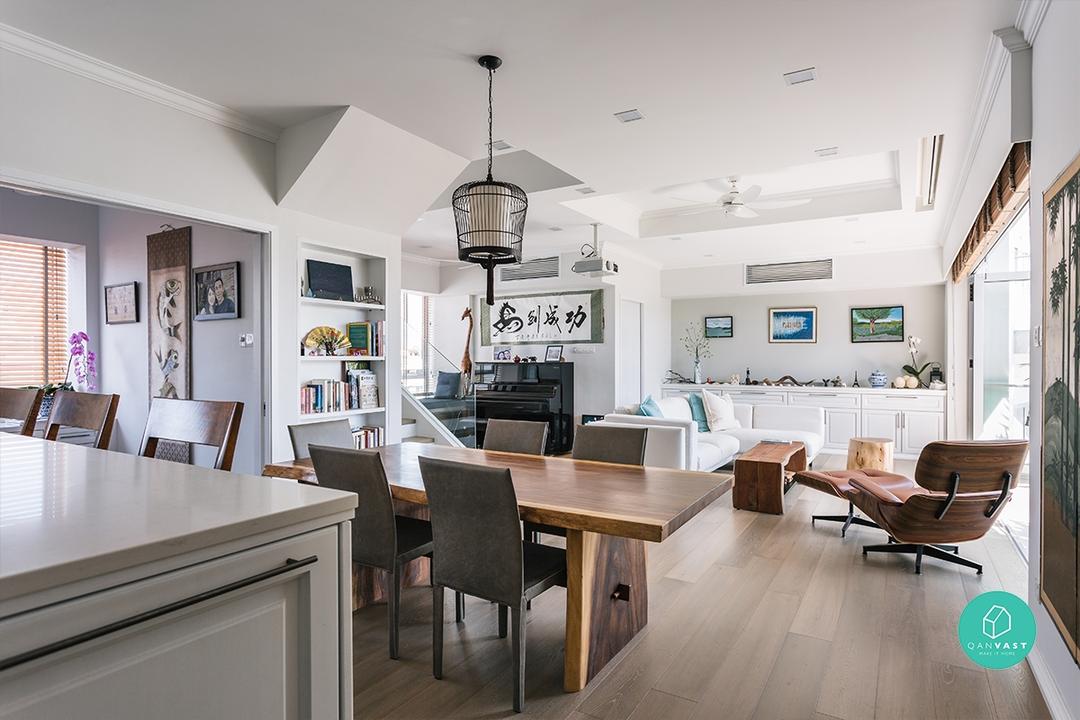 About the renovation project

Jonathan (J): We were just 2 adults and a helper when we first moved in, although we will soon have a baby. When we designed the space, we did so in preparation for a child, with his room next to ours. My wife is a lawyer and I’m an investment banker. We are about 30 years old and work long hours, often including at home late at night. The home office is an important area for us.

The renovation was about $400,000 and we probably spent about $50,000 on furniture and appliances. The overall cost was about double what we initially expected. Costs were driven up largely due to selection of high quality items, and because we found that most things cost substantially more in Singapore than in the US. 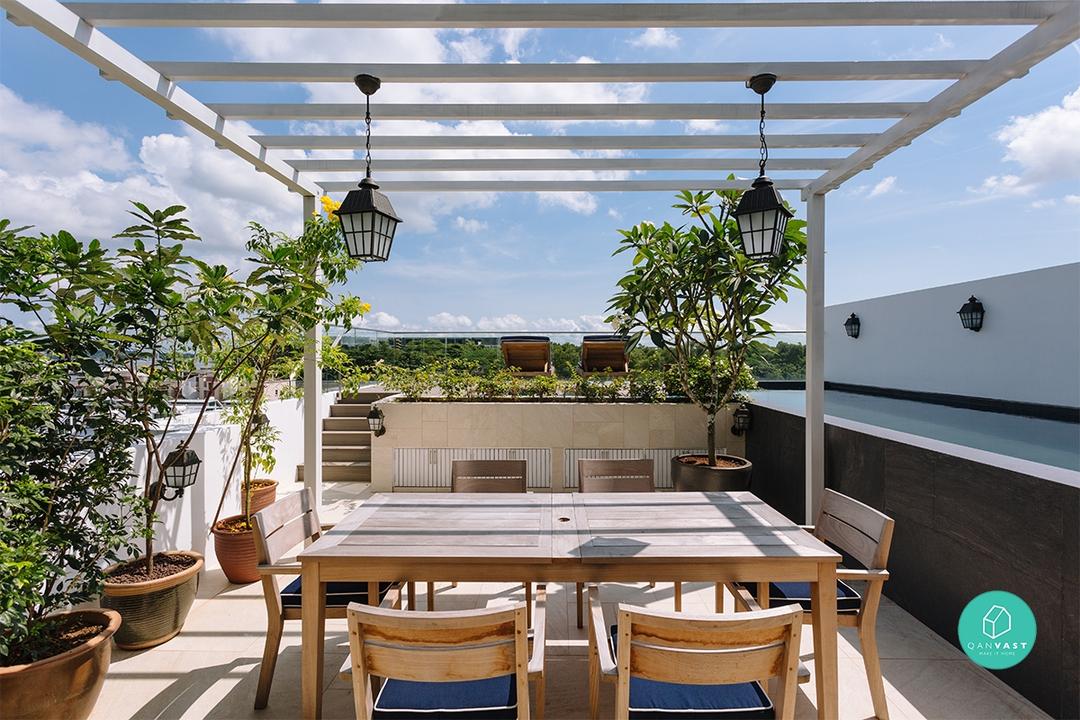 About the home design

J: We wanted to create a natural, bright and open feeling which is so prevalent in the Hamptons, where I grew up. We chose white and blue as the main colours, which allude to the beach. These colours go well with natural wood floors and furniture and natural tone leathers, which have an honest authenticity. In the kitchen and bathrooms, we used white and beige marble to blend well with the other colours in the home.

It was important for us to avoid “Scandinavian” style features which are now so common. Instead, we chose classic American style hardwood cabinets and an open kitchen with counter seating. 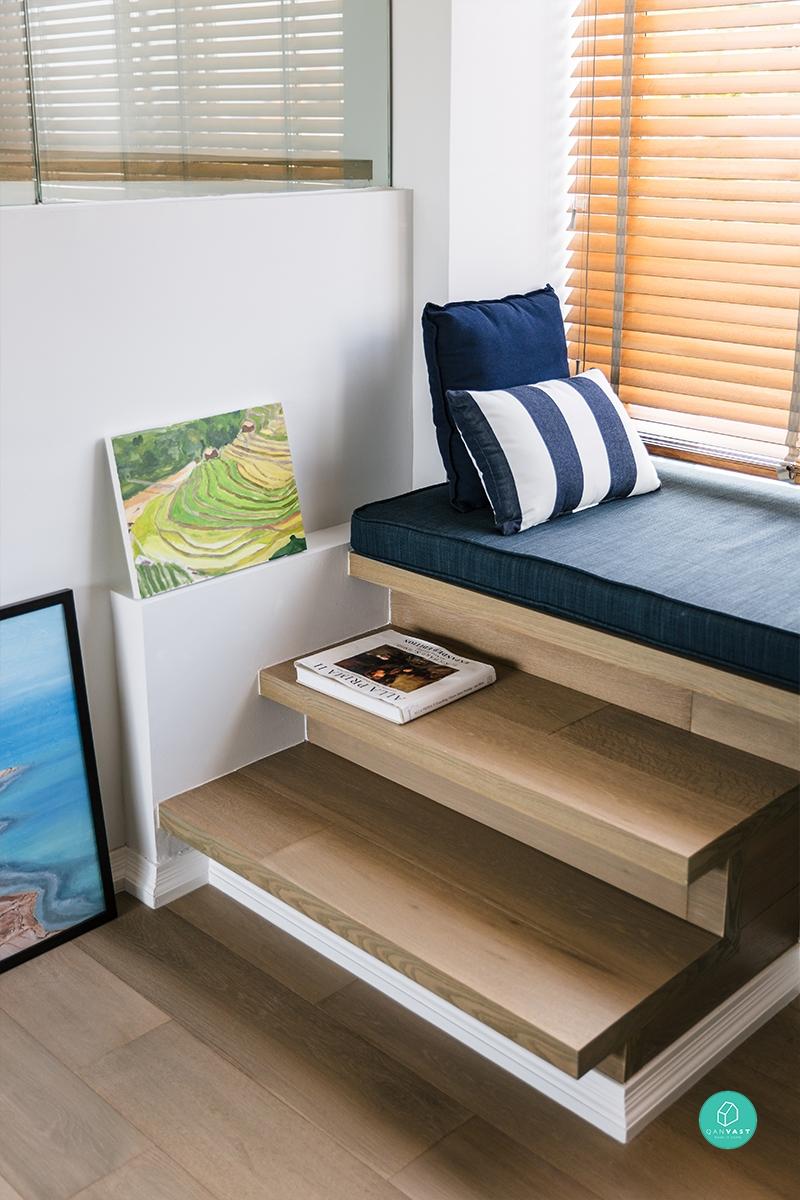 We chose the apartment for its outdoor spaces and we integrated the outdoors into the indoors as much as possible. We seldom use air conditioning, and instead have all the folding or sliding doors and windows open almost all the time. We are near the water and a patch of forest, so the breeze is very comfortable – assisted by ceiling fans.

For the outdoors, we chose natural sand and slate toned tiles, and light beige decking. The substantial plants, together with the swimming pool and koi pond create a very relaxing garden area. We are reluctant apartment dwellers (foreign citizens can’t buy land in Singapore), and we wanted to feel like we were in a proper house.

About the interior designer

J: We spent many hours on Qanvast looking through example projects of a variety of designers. We narrowed down a list of three designers with experience building out high quality, thoughtful and larger scale projects, sent detailed requests and ended up meeting with two. 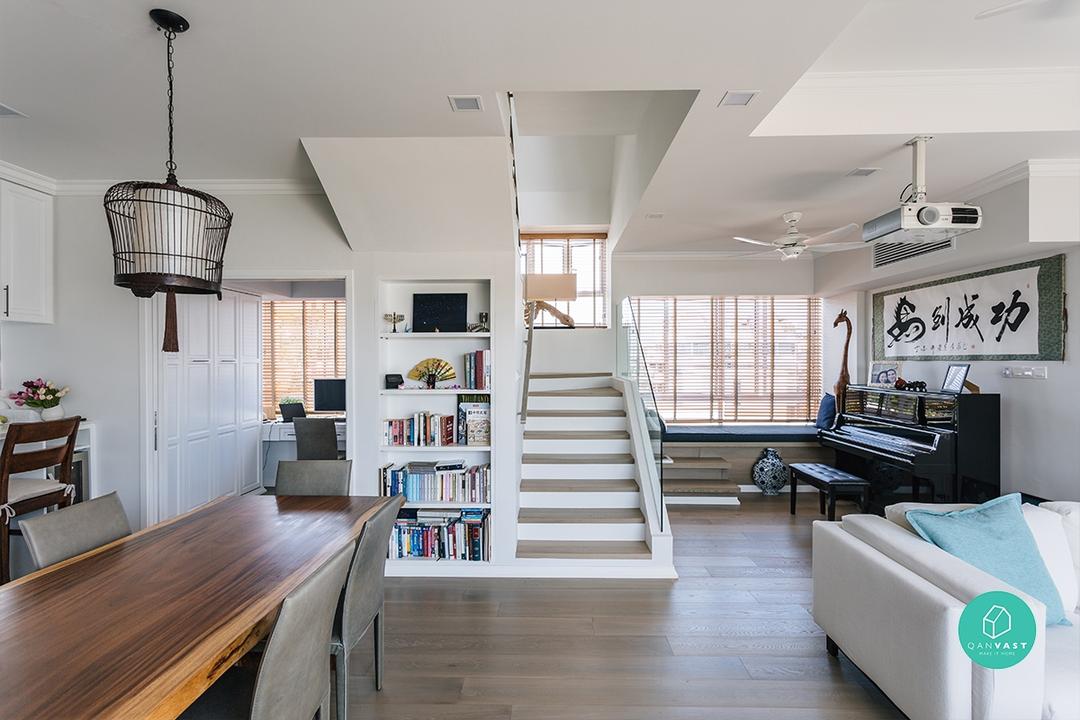 We chose Raphael from Schemacraft due to (1) his understanding of what we were trying to achieve, (2) his attentiveness and responsiveness, (3) his creative awareness, and (4) his proactive and intelligent suggestions.

All the above four characteristics were extremely important. We spent an extraordinary amount of time with Raphael over many months. Despite the frequent changes to the design and challenges along the way, he remained friendly and fully supportive. We frequently met him late at night and on the weekends (and sometimes both, twice in a week) and he was constantly available through WhatsApp. 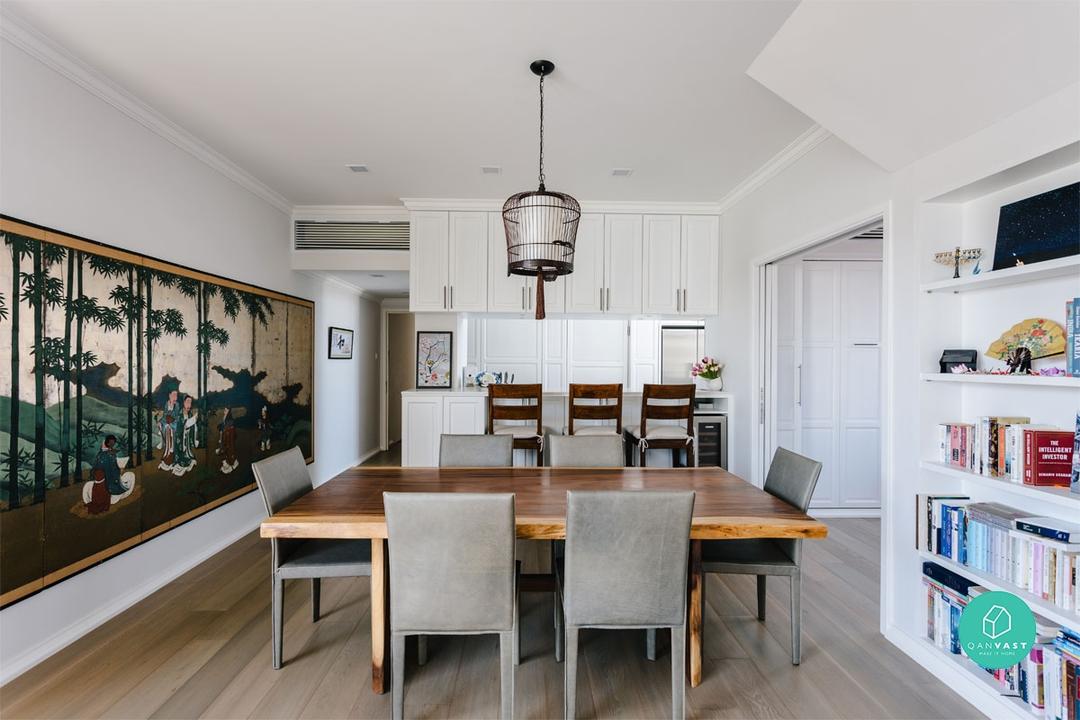 Our project was a very difficult one, and Raphael performed extremely well. There are a couple of things we would have done differently (such as making the interior lighting design more intimate). However, it was difficult to fully understand such details until after we began really using the space.

I would certainly recommend Schemacraft to others who are seeking a highly customized, top quality renovation.

About the renovation experience 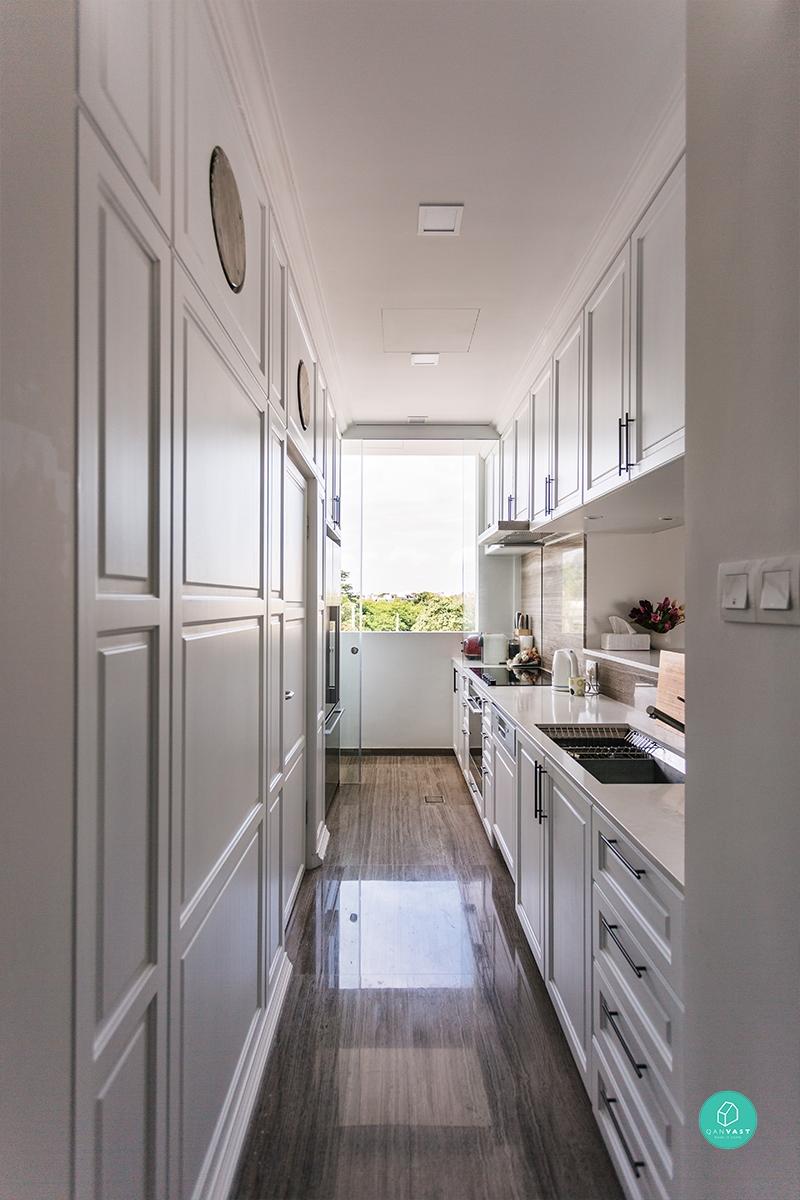 J: Before we bought the apartment, we had already made a detailed renovation plan using lines in excel boxes. We sent that plan to designers when soliciting quotes.

From our first such meetings, it became clear that some of our plans would not be possible, and it was interesting to hear the different designers’ thoughts and recommendations on what else we could do.

After we signed the purchase contract for the apartment, we had 4 months before we took the keys. During these 4 months, we refined detailed plans. 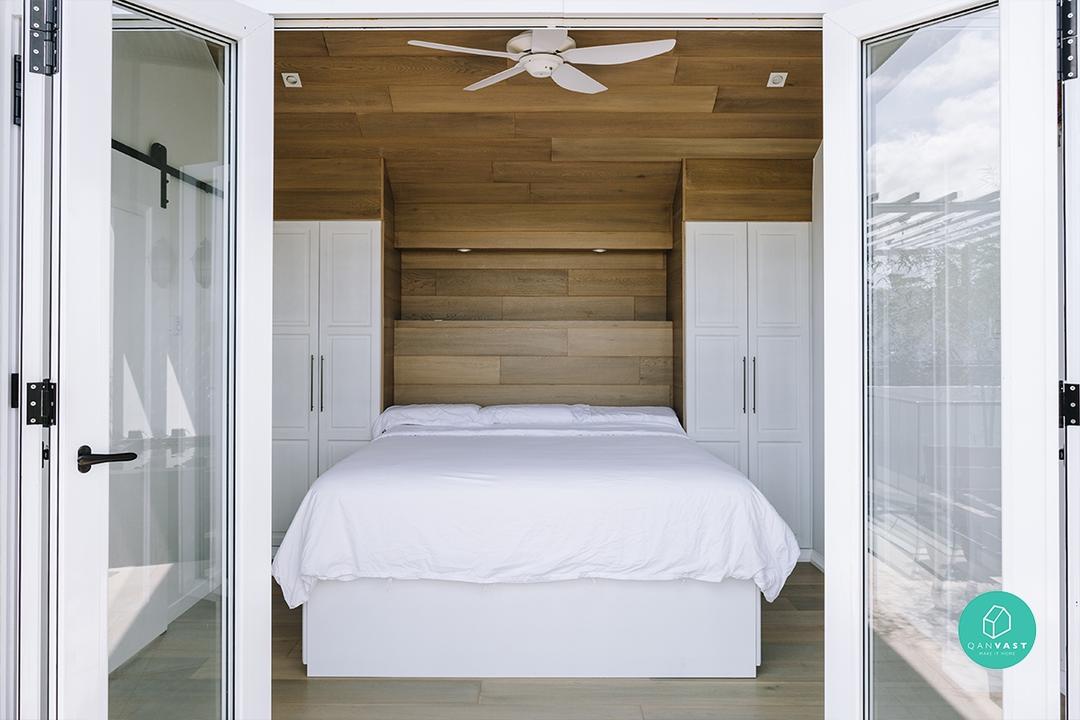 The renovation work itself took 7 months, which was extended significantly due to changes in design and detailed selection of materials.

We were so happy to finally move in. This is our first real home, after having always rented places for a couple of years each. This is our home.

About the home furnishings

The couch is from IKEA - perfect for afternoon naps right under the fan. Right before we moved from Hong Kong to Singapore, we picked up a replica Eames chair from Shenzhen, which is beautiful. 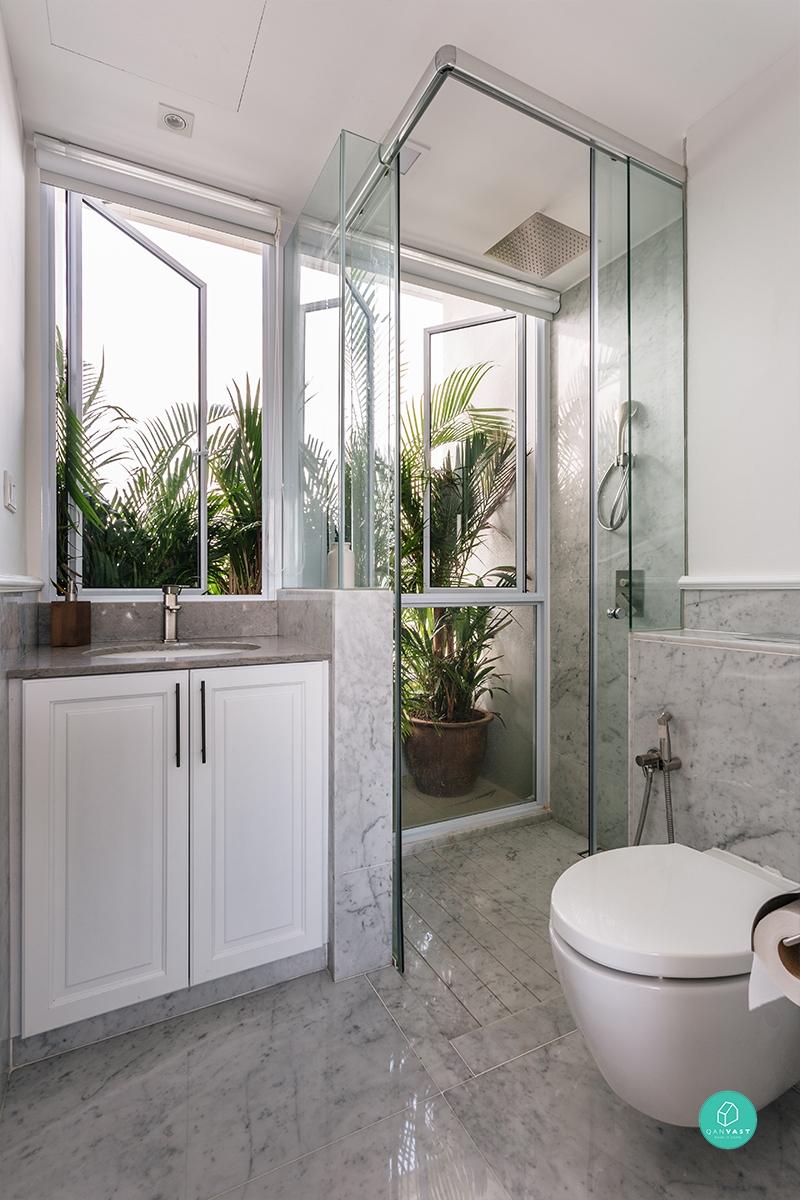 In addition to the movable furniture, we chose to integrate custom carpentry throughout the home. This enabled us to have the most efficient cabinets, closets, and beds, which are best suited for the space and our own needs. We built a daybed on one bay window, and a desk on another bay window. The office converts to a bedroom, with a pull-down bed integrated into the wall cabinets. The master bedroom has a fully inbuilt set of closets, with a raised bed over drawers and cabinets. We put in interesting little features throughout the home, such as a sliding shoe cabinet hidden beneath the bar counter near the door. We took some inspiration from our favourite hotels, such as a built-in nook for shampoos in the shower, lit from a hidden LED strip inside the nook. 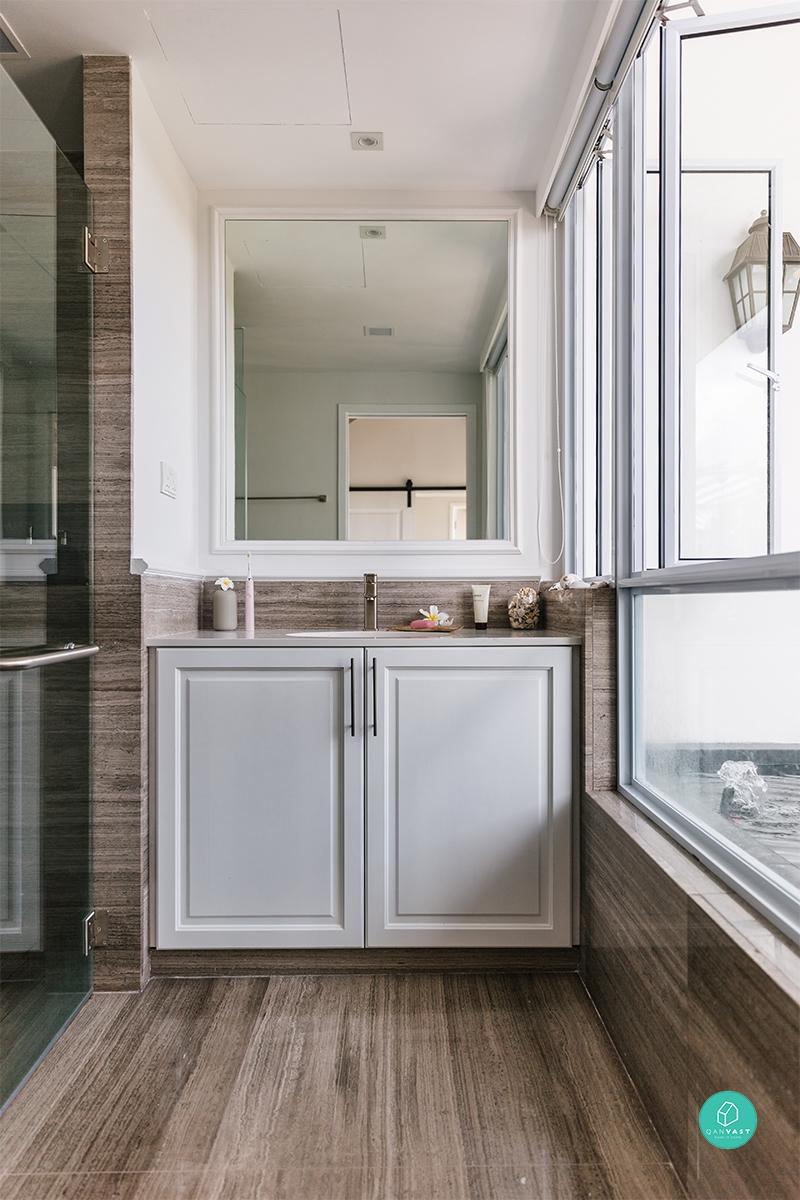 Over the years, we have thought deeply about what home we would want for ourselves, considering many different alternatives. We committed intensive consideration and efforts to this, and are very happy with the result.

You can have a beautiful home too! 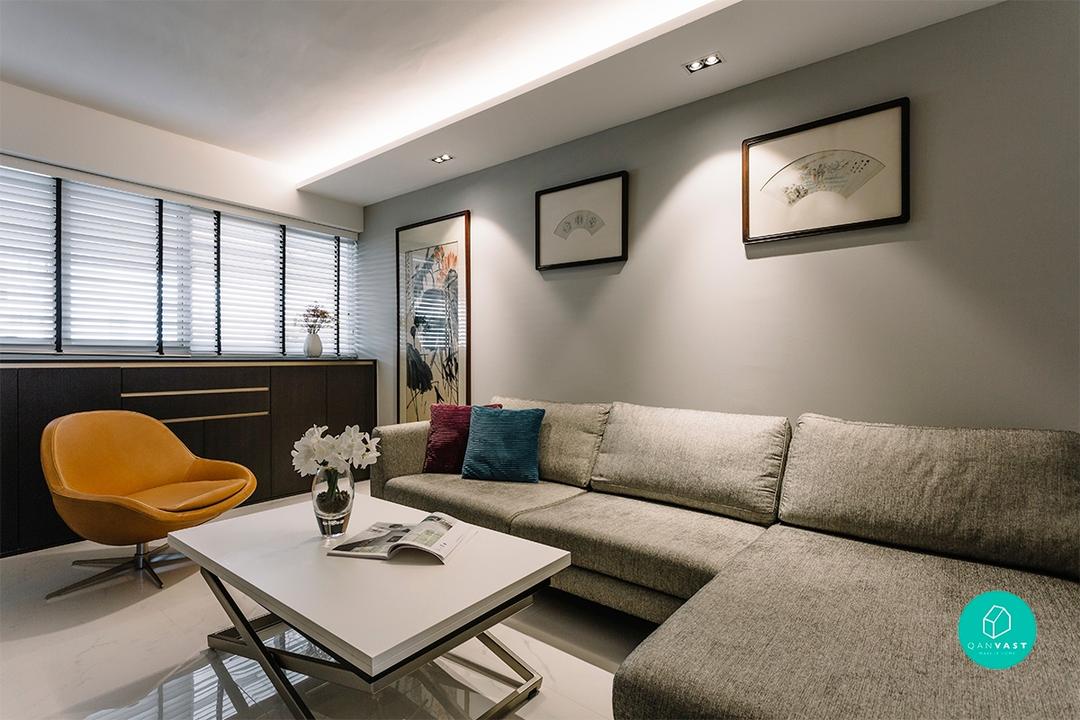 RENOVATION JOURNEY
Here’s What Being Hands-Off for Your Renovation Gets You
Homeowner Lester took a (mostly) hands-off approach when renovating his 3-room flat. Here’s what the result looks like. 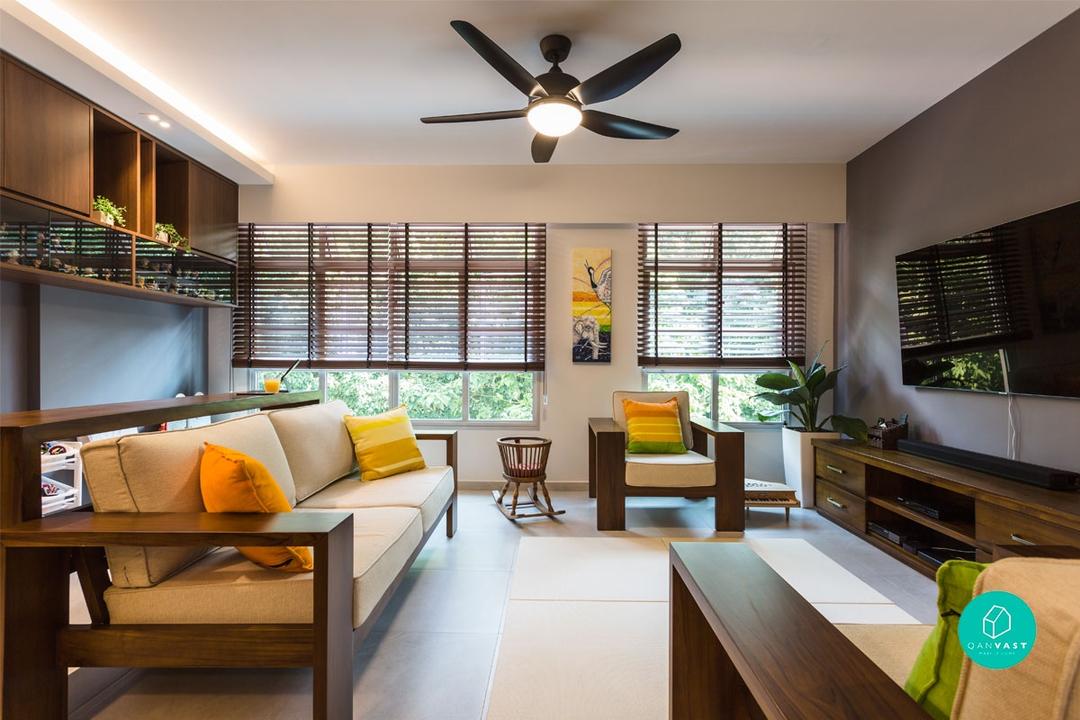 RENOVATION JOURNEY
This Cosy Family Home Is an Eclectic Fusion of Two Cultures
Two worlds meet in this 5-room flat, which caters to the traditional lifestyles of its Sri Lankan and Japanese owners. 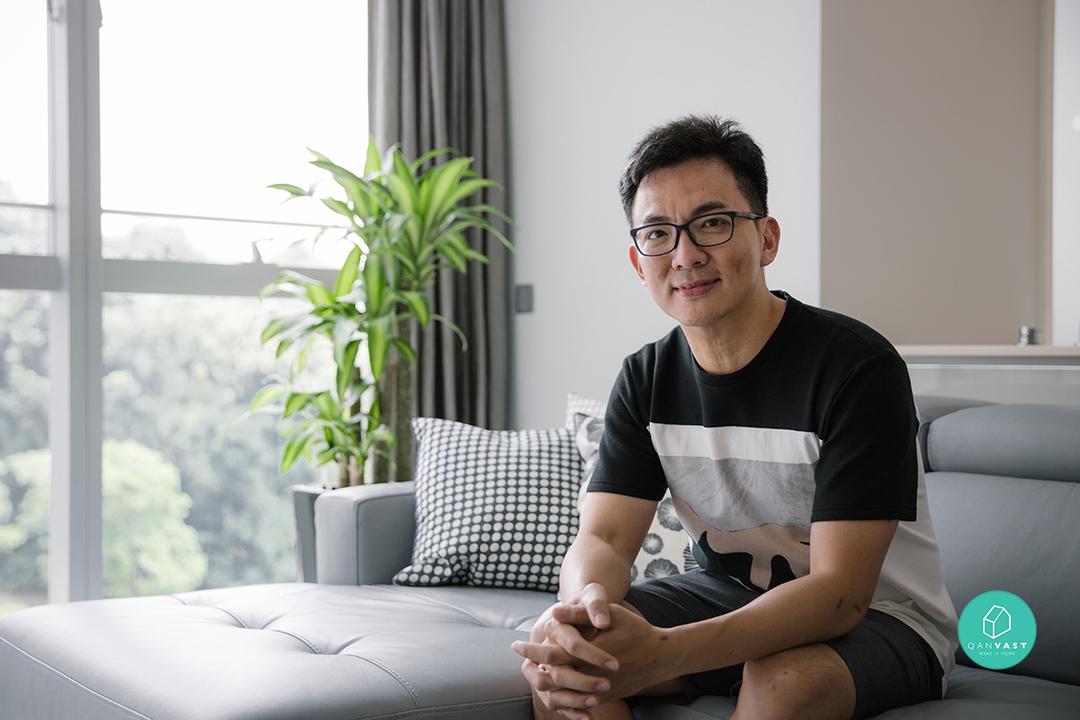 RENOVATION JOURNEY
Renovation Journey: Home On Display
Going into the renovation with a tight timeline, Gary needed an efficient hand that could also help him display his collections.
Preparing the next article…
Recommended for you