Curved TV: A Gimmick Or A Must-Have?

We may love curves on women, but on our televisions?

Let's just say that public opinion on it is still split. Sure, curved TVs have emerged as a cool alternative to conventional flat screen TVs, supposedly boasting an immersive, more intimate viewing experience due to its unique design. But are they really as good as they claim to be? We headed down to major department stores in Singapore and asked fellow homeowners to find out if this hype is really worth investing into. 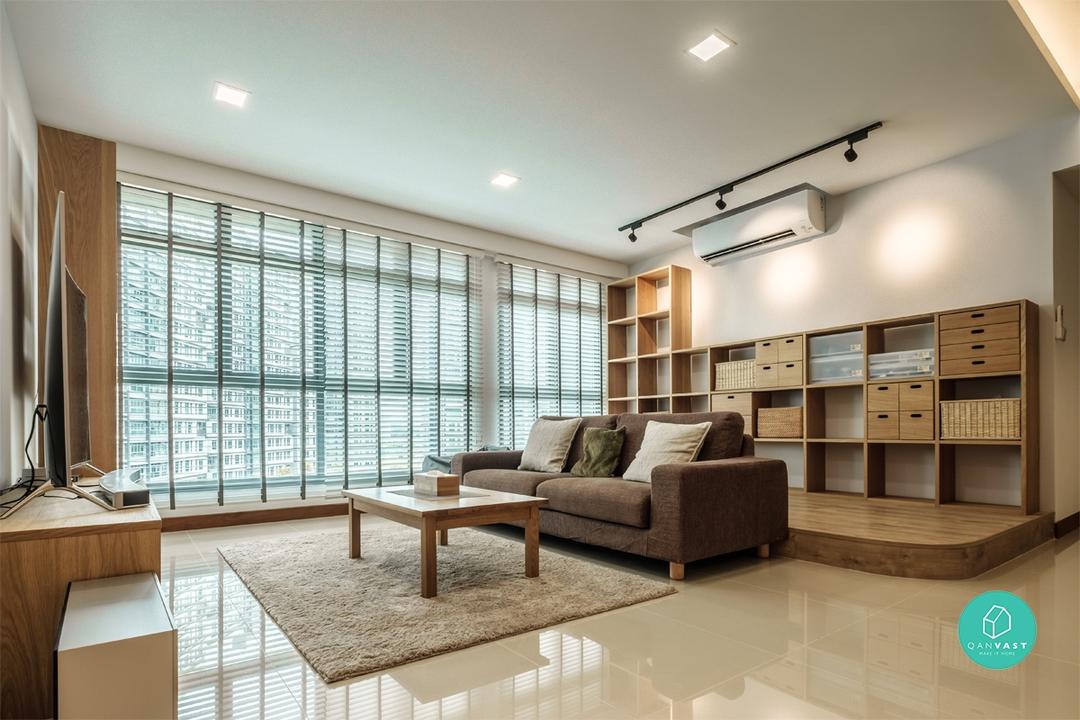 Akin to watching a 3D programme without the need for 3D glasses, one of the main benefits to a curved TV is that it's arched interface adds depth to the visuals. Users feel enveloped into the screens, as the visuals ‘wrap around’ them. However, this only stands true when your TV is large enough. Recommended TV sizes should range from at least 55-inch, to the ideal 65-inch size for your living room. Anything smaller would not provide much impact or difference against a conventional flat-screen TV. 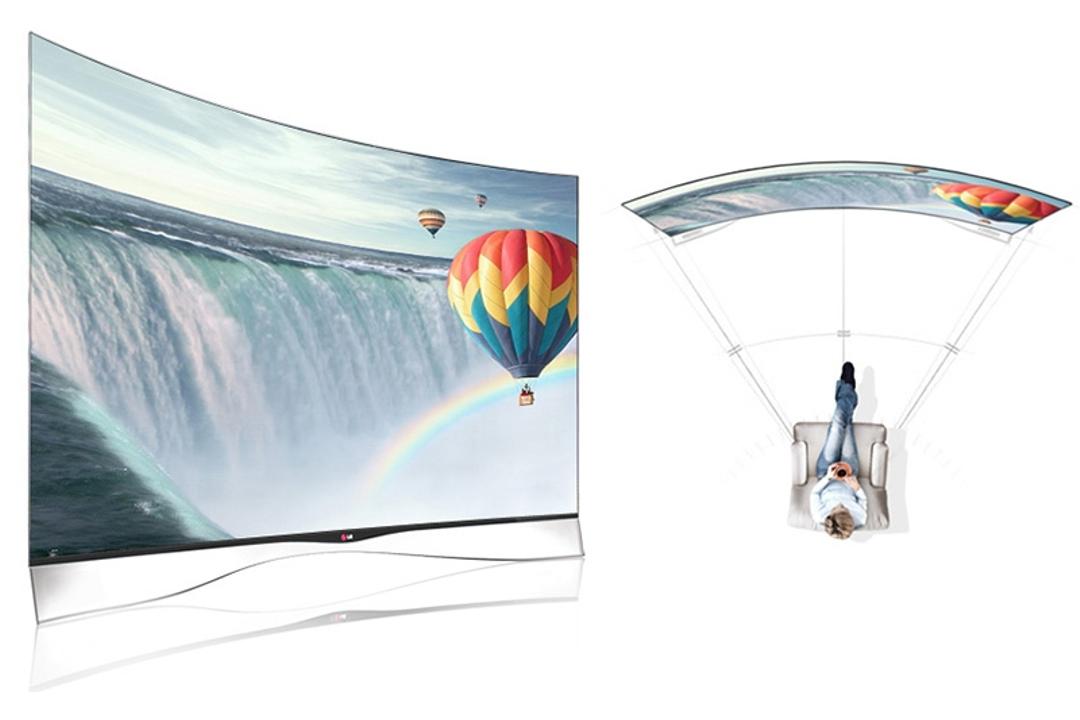 Curved screens are said to focus the light directly onto your eyes rather than dispersing it over a wide area, leading to a stronger contrast. While we are not sure how the curvature helps since colour contrast is likely to have been influenced by colour accuracy and screen resolution, many users have noted that the contrast on curved TVs do seem more vivid as compared to flat-screen versions. 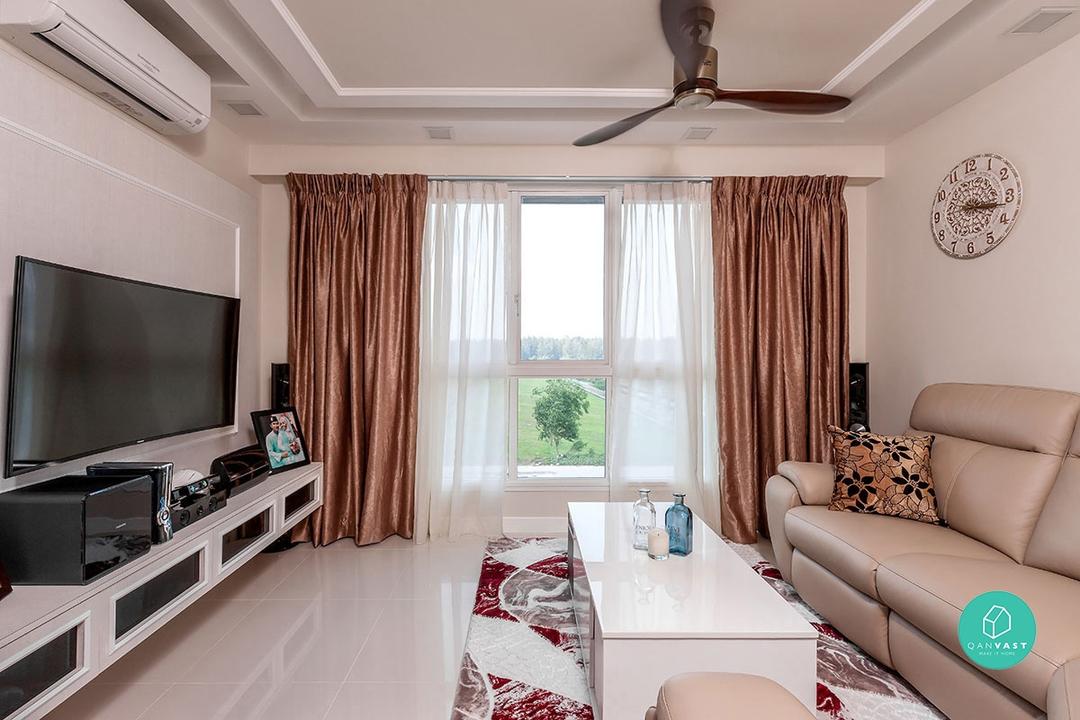 Just like the globe-shaped Omni Theatre, if you enjoy the visual pleasure of watching from a big-screen in a small space, a curved TV may be the option for you. Its curved surface means you can have a uniform viewing distance that follows the shape of your eyeball, and it is less tiring as your eyes need not ‘stretch’ too far out when sitting closer. 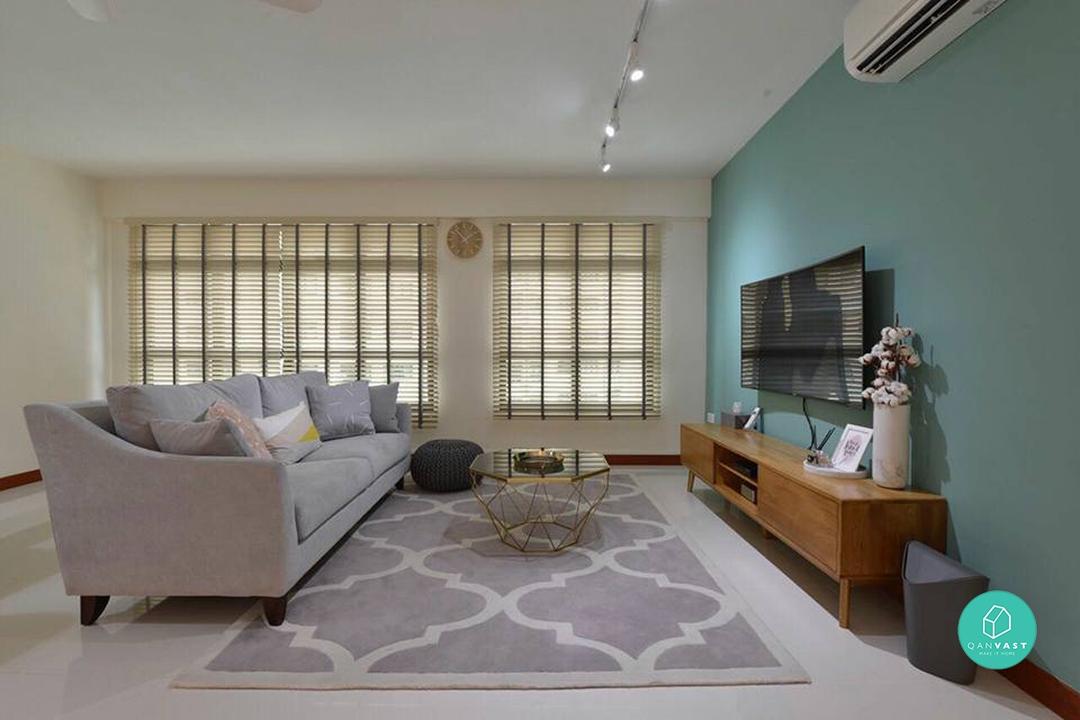 Those sitting at the sides (anything more than 35 degrees from the center) will notice heavy distortions due to the screen curvature. This has reportedly caused headaches and fatigues in viewers as the brain tries to compensate for the distortion.

Unfortunately, the ‘sweet spot’ (of sitting in the middle) can only accommodate just one or two viewers in most homes. Thus, it is recommended to opt for a wider screen (best is 65-inch) if you are taking the curved TV; which means, you will have to spend more. Not a smart choice budget-wise, or if your home is prone to having many guests over for a movie or a game of Halo. 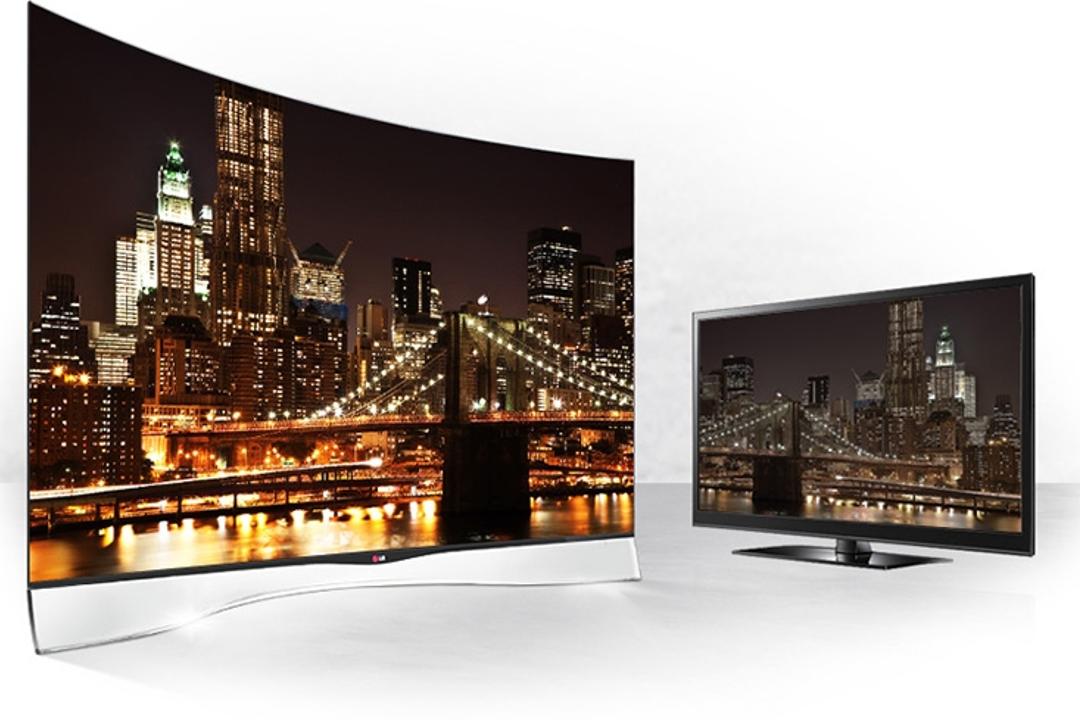 While curved TVs are said to improve in contrast and depth perception, they are terrible at keeping reflections in check. When light falls on a curved surface, reflections bounce off the angled edges, much like a fun house mirror. Likewise, the visuals on a curved TV may be heavily distorted and discoloured when seen on an angle, as mentioned previously. To prevent such problems, you may need to incorporate light control elements to your room. 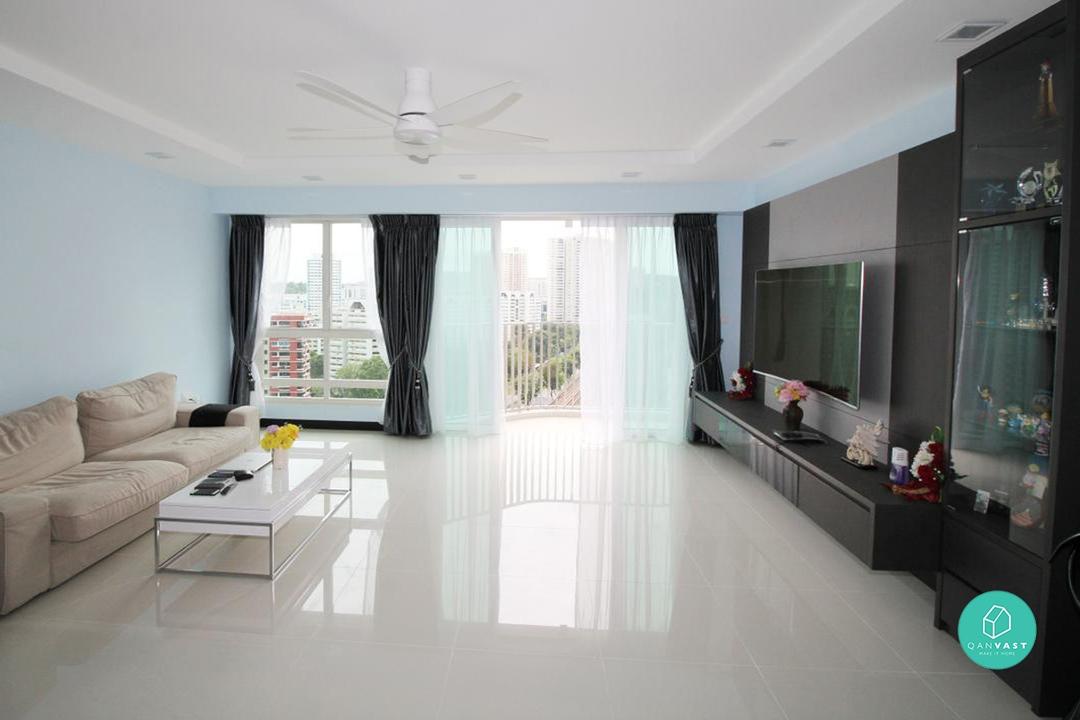 The thought of mounting a curved TV on the walls would already seem odd, considering it's curved-in edges would look awkward flying off your wall's surface instead of being seamlessly flushed like flat-screen mounts do. But ultimately, it's your call to what looks great.

How much more does a Curved TV cost? 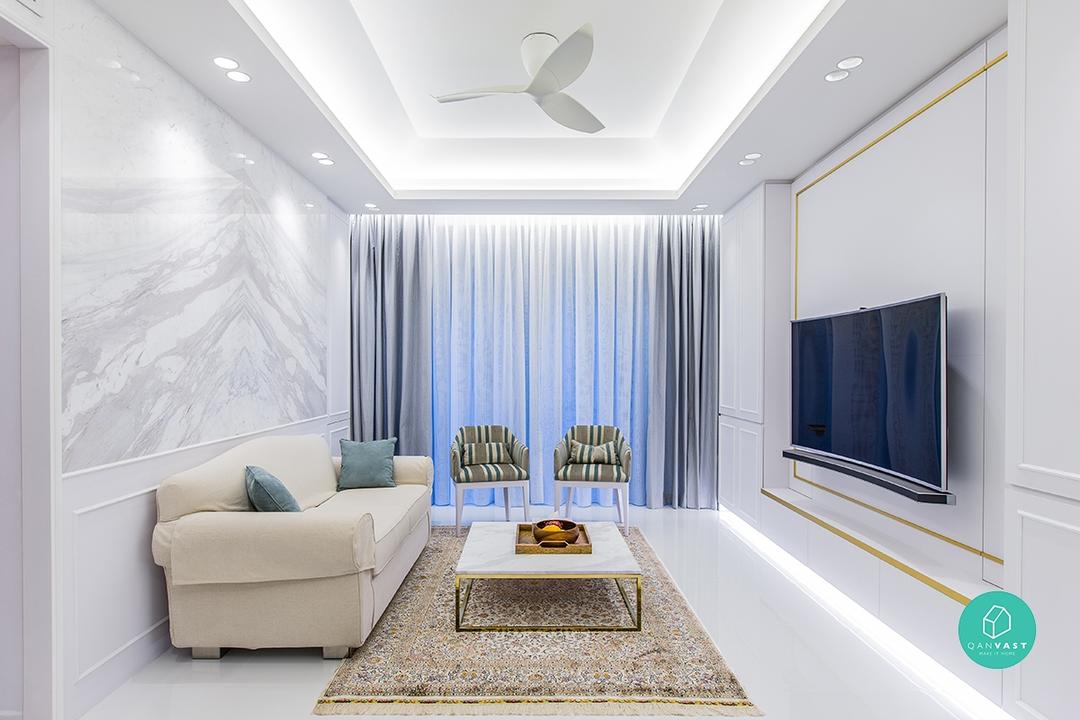 Today, curved TVs have gone beyond being a newfangled feature to becoming a mainstay in television offerings. Brands like Samsung, LG and Sony each have their curved TV models. However, it was a unanimous choice as the sales staff from three department stores recommended Samsung. Reasons? The brand was the key frontrunner in producing curved TV, and they had a wider range and curvature compared to other brands.

Prices have dropped since it's early beginnings two to three years back. Comparing prices between Samsung's curved and flat TVs, prices in general ranged around $200 - $500 more for the former. Which isn't much of a difference we say.

Curved TV models to check out 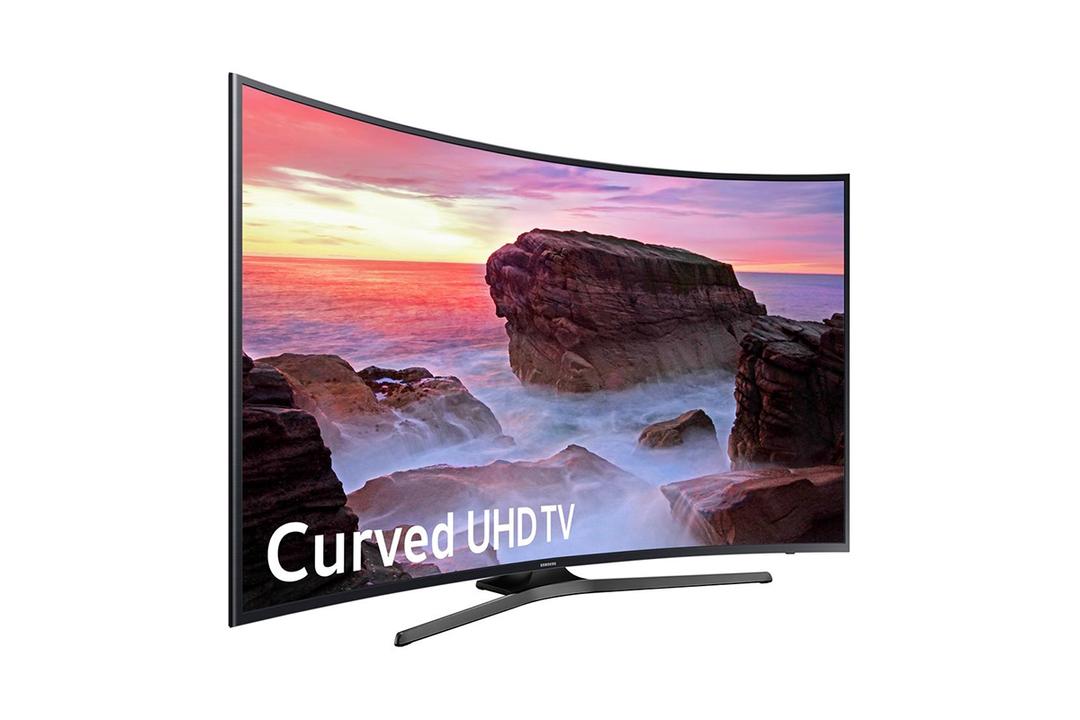 Fitted with 4K Ultra High Definition (UHD) resolution, the MU 6500 is a mid-range, 65-inch offering that comes complete with the current standards in television technology. Namely, HDR capabilities, Active Crystal Colour which enhances natural, realistic hues and a smart TV interface that allows you to Netflix or surf the net is packaged into a sleek, curved surface with 360-degree back that's perfect for swivelling. 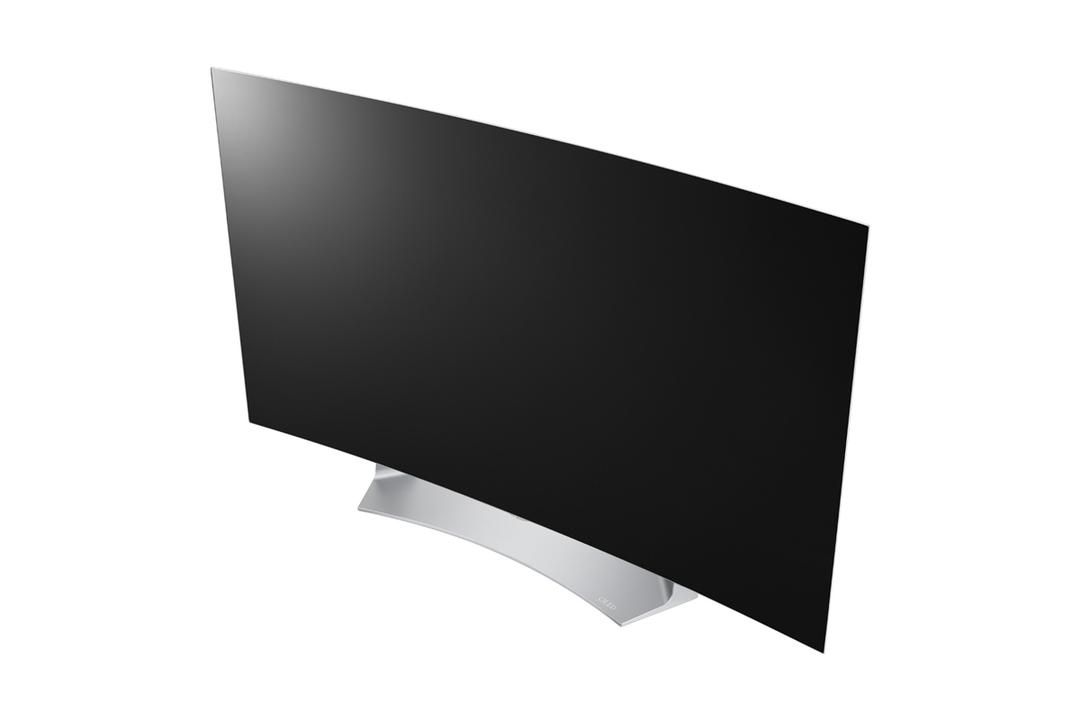 Bringing the best in audiovisual technology into one nifty TV, LG's curved OLED model combines the perfect contrast and colouring provided by self-lighting OLEDs with the immersive nature of its arched body. The result? A screen that's less susceptible to discolouration, especially on sharp angles. The TV also comes with it's own WebOS programme that allows you to access various video streaming sites and widgets. 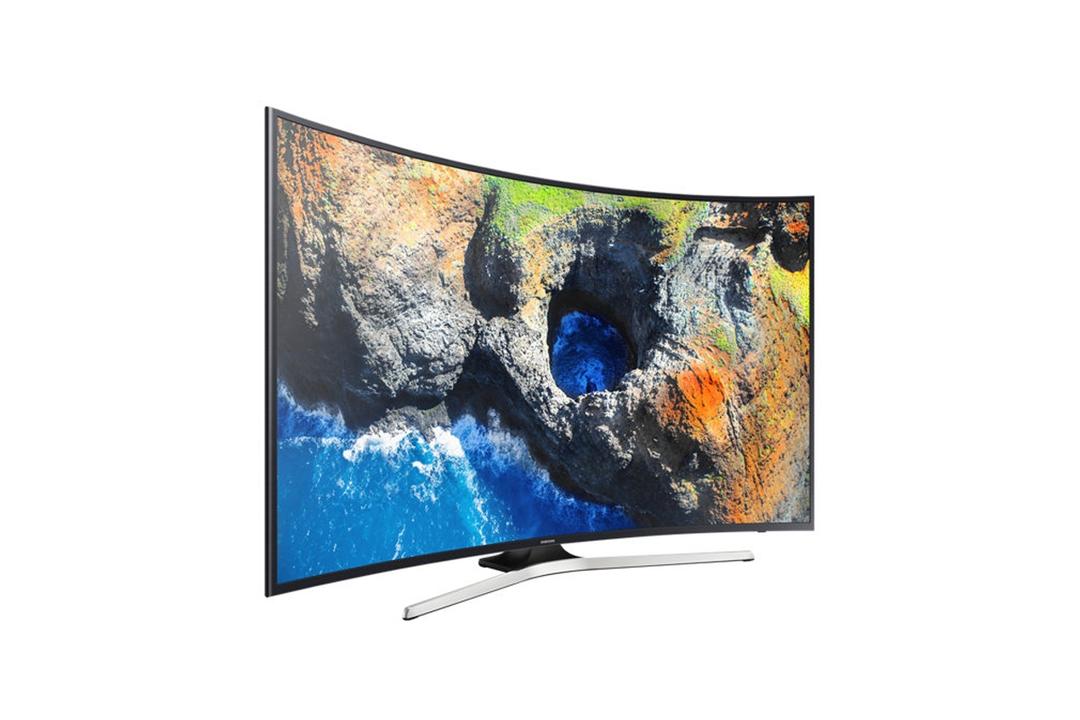 In many ways, the Samsung MU6300 is similar to the aforementioned MU6500, save for the lack of 360-degree swivel capability. Other differences include the use of PurColour technology, which is said to go for a more vivid colouring, compared to MU6500's more natural Active Crystal Colour. A perk? This series comes with a wider range of sizes to suit all types of spaces.

So should you get a curved TV? 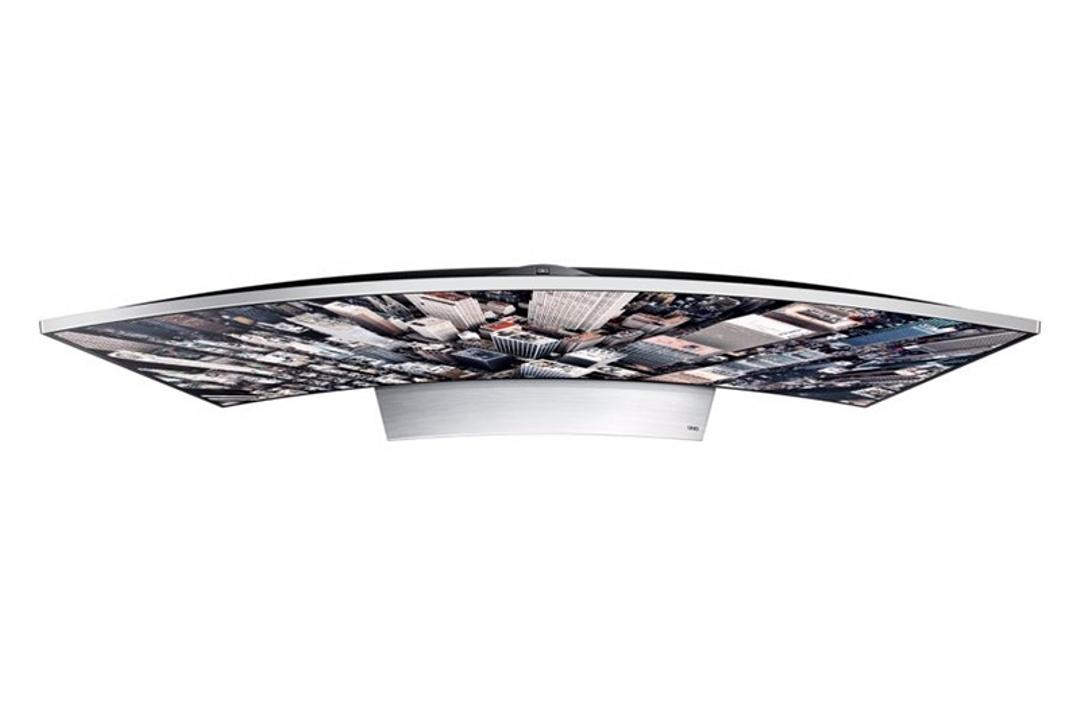 Overall, feedback from existing curved TV homeowners was that the visual differences as claimed were not significant. However, many also added that they didn't mind paying more, due to a higher perceived value and quality. Plus, those who purchased it felt that it's unique design was aesthetically pleasing and futuristic.

Our take? If you want to be technical about things, there isn’t a notable difference between the curved and a flat-screen TV, unless you go big. You'll need at least a 65-inch model in order to feel a distinct difference and enjoy the supposed benefits - such as better contrast, depth and immersion. Otherwise, a flat-screen TV still remains a classic, fail-proof option.

Hey there - just so you know, Qanvast receives a share of sales when you choose to click and purchase any independently curated Lazada product picks listed in this article. 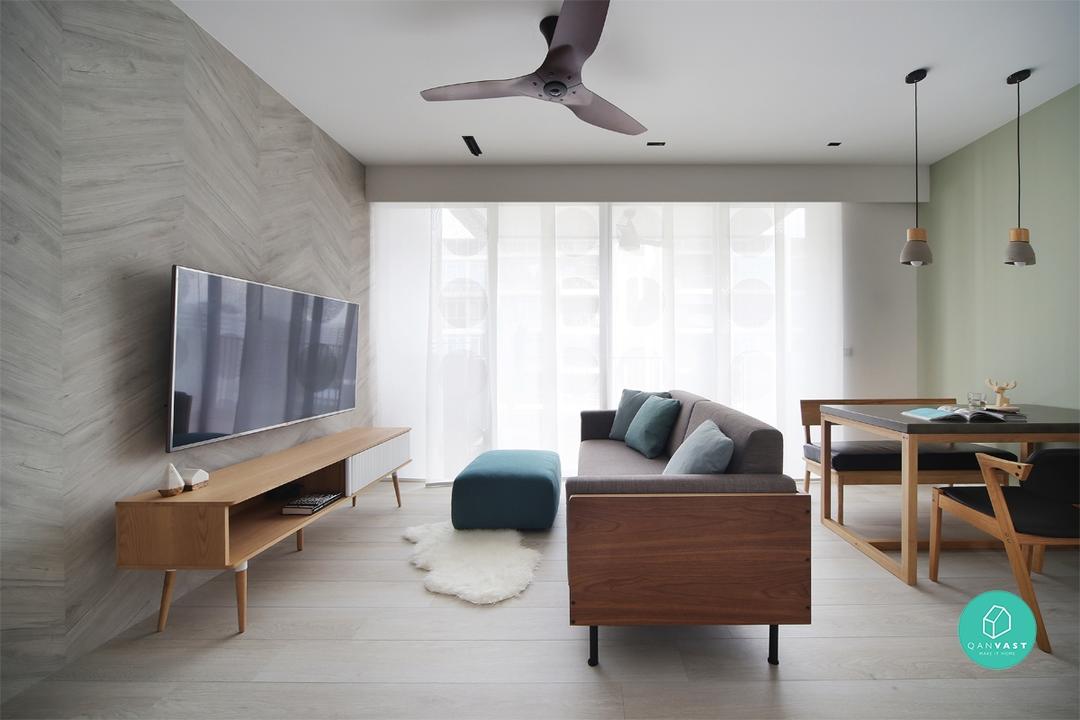 GUIDE
The Best 4K TVs of 2017, For Every Budget
Need an ultra-sharp TV to complete your entertainment den? Skip the extensive research and selection - we list 5 of the best 4K television models that provide ultra high definition quality - for all types of budgets. 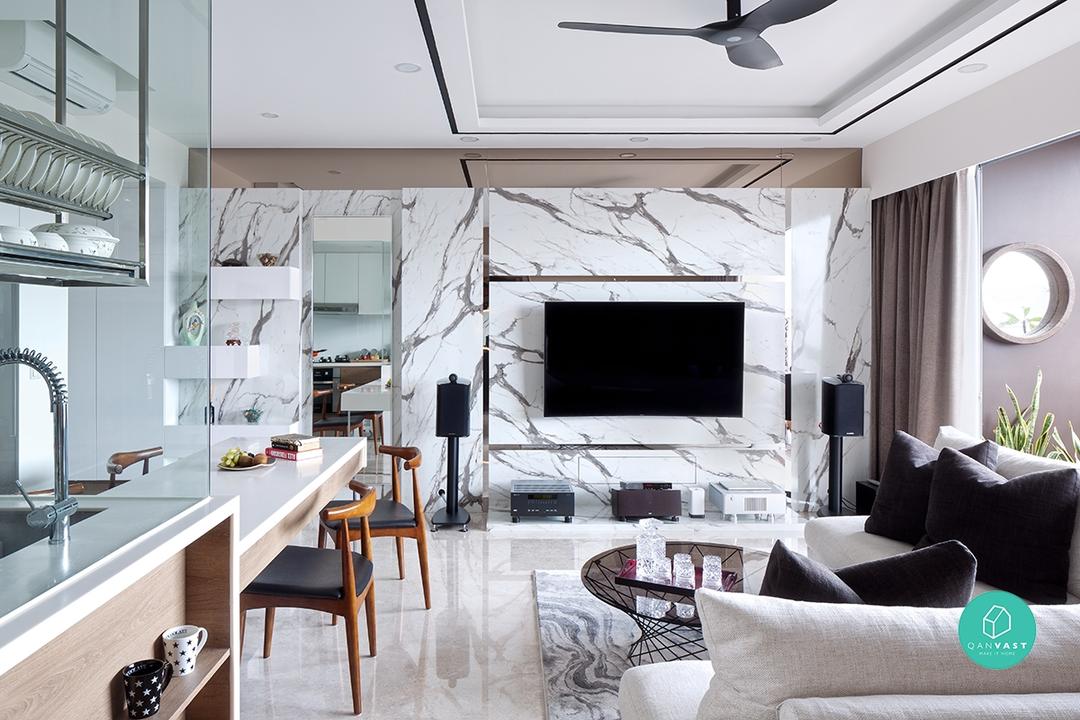 INSPIRATION
9 TV Feature Wall Ideas For Your Living Room
If your TV is the star of your living room, by all means make it outstanding to showcase your unique style. Here are three ideas to try out for your TV feature wall.
Preparing the next article…
Recommended for you