“A good idea keeps you awake in the morning, but a great one keeps you up at night.” 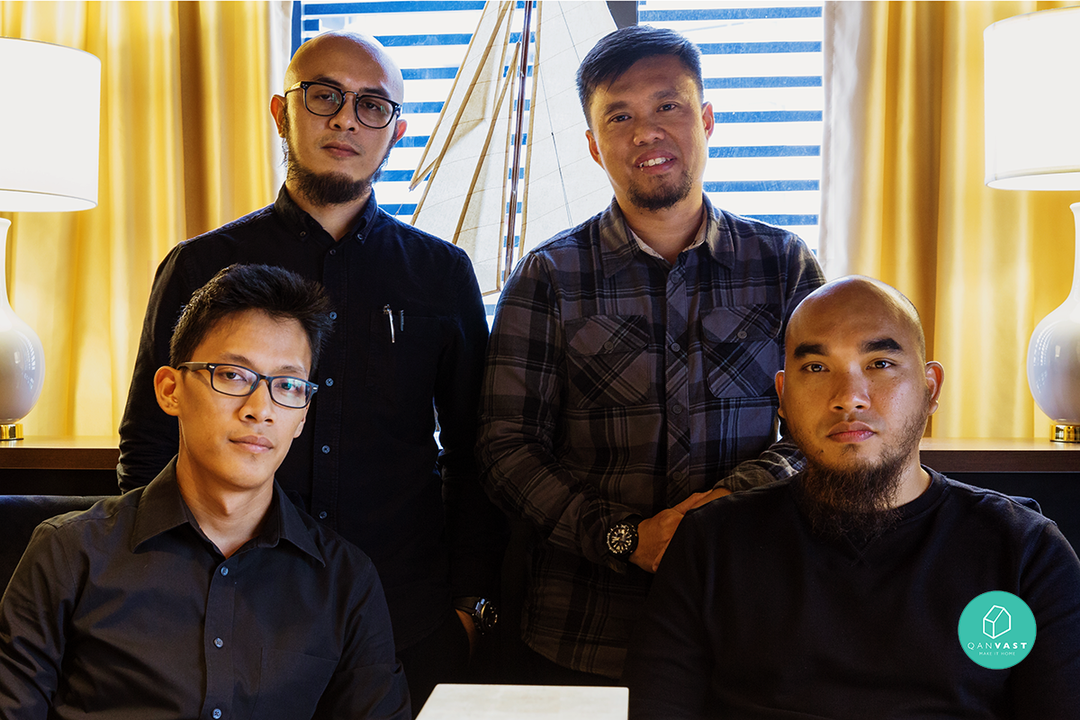 And it has done so with aplomb in the past few years. Straying from the cookie cutter looks of many mass-market designers, the studio sought to fill a gap in Modern Islamic interiors; something many younger Malay-Muslim homeowners were seeking - but options were few and far between. 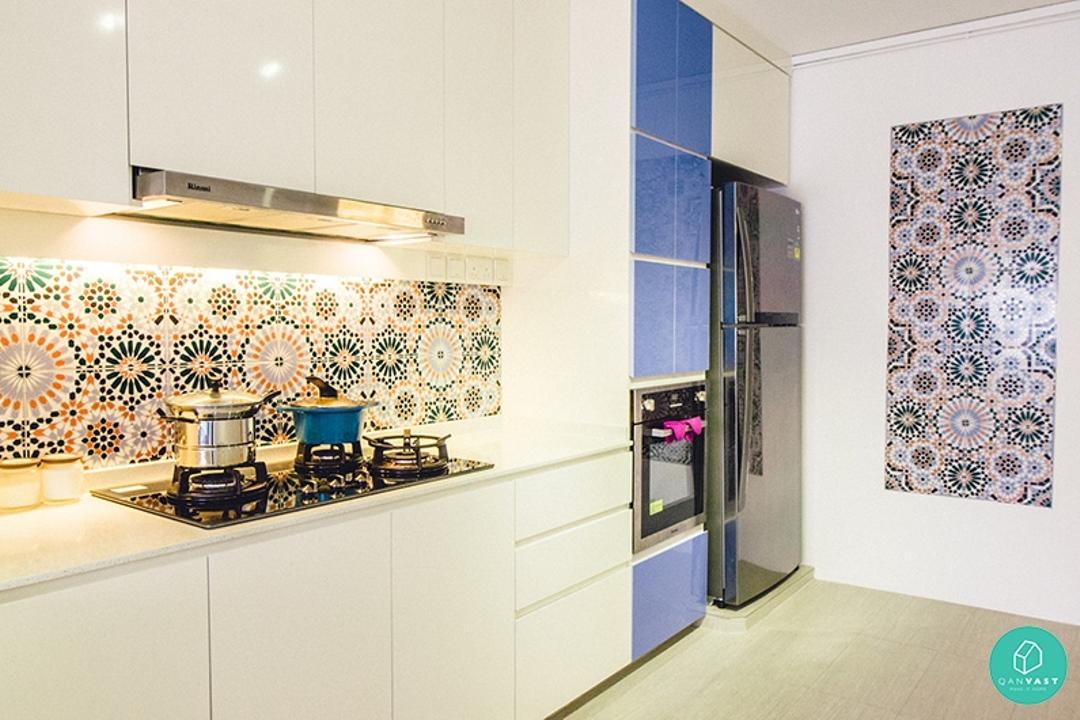 “The Malay community in Singapore has changed. Our current generation of homeowners have become more discerning, and no longer want to settle for traditional designs made primarily of wood.” says Wan, the co-founder and principal designer. 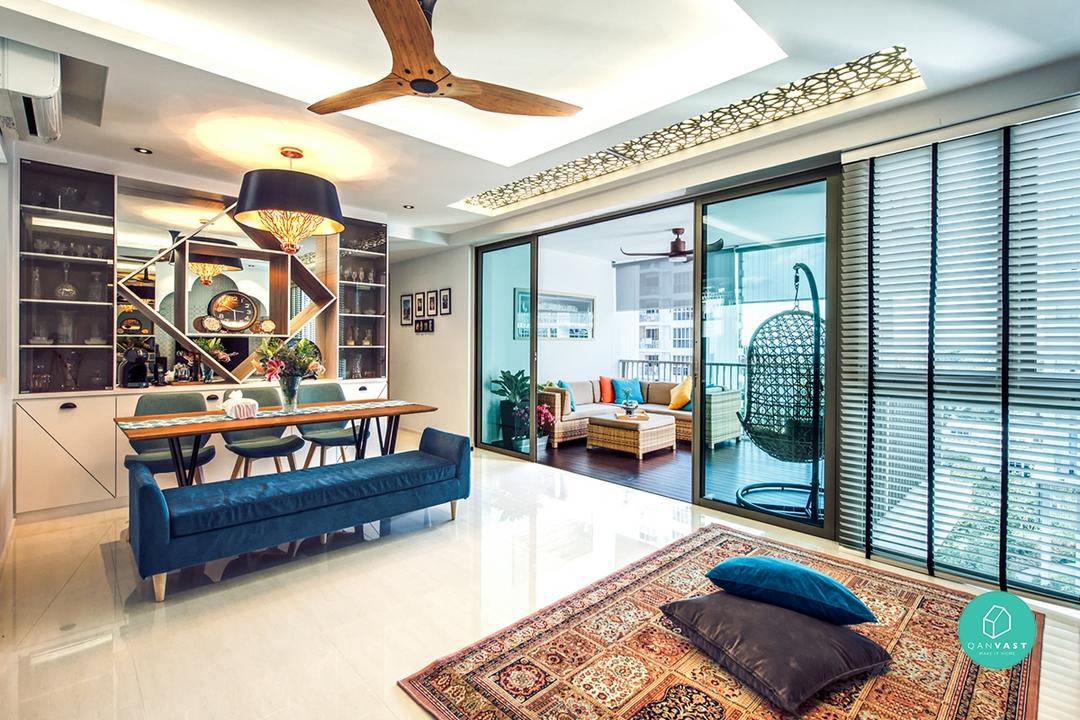 By blending popular styles (like Scandinavian or Modern Luxury) with Muslim-oriented details, the firm has carved a unique niche for itself; providing interior spaces that adhere to Islamic architectural principles - a key cornerstone in the religion - without compromising on style. 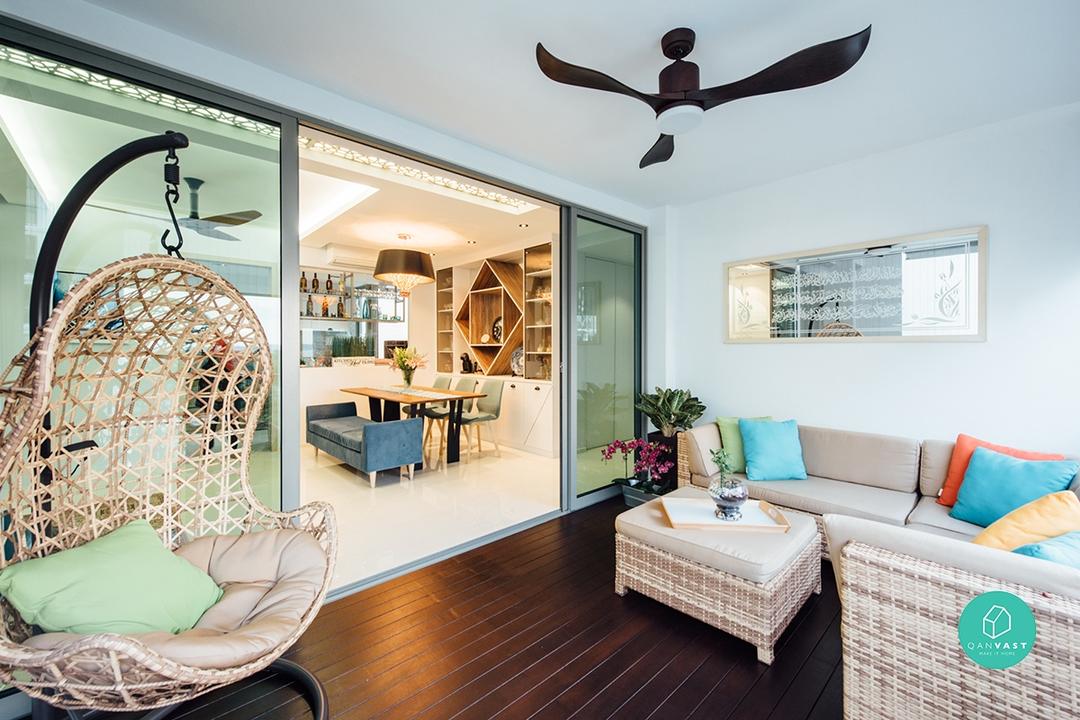 “Islamic motifs have always been a core influence in our design. We are constantly inspired by the historical buildings built during the Islamic Civilisation.” Wan adds. 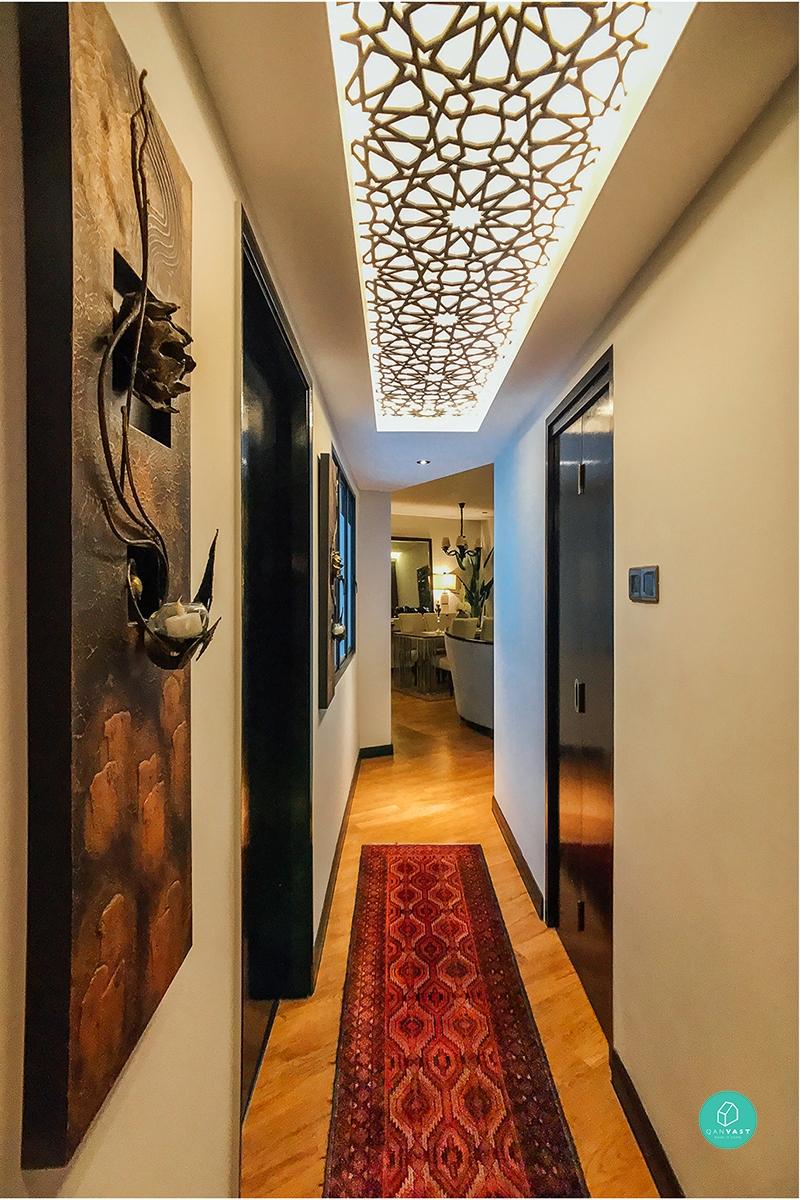 While the firm cites taking inspiration from monuments in Egypt, Turkey, even Spain (Andalucia) and the Far-East, Wan admits that it isn’t merely a cut-and-paste formula. 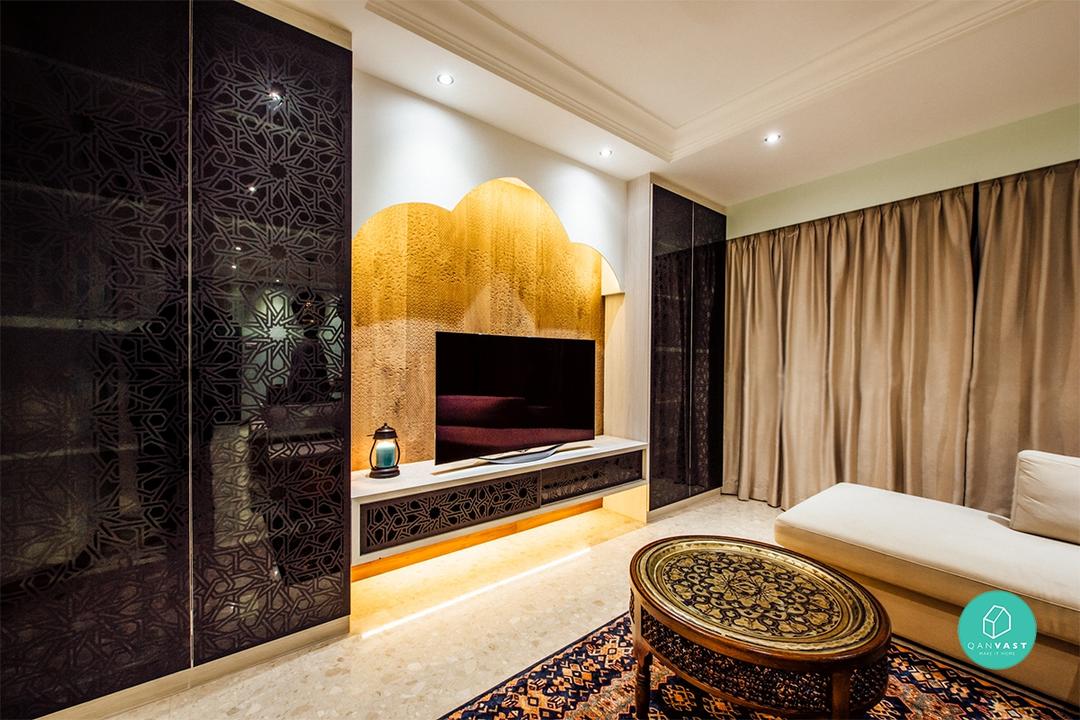 “Of course, details like open courtyards, towering pillars or Muqarnas (ornamental vaulting/ceilings) are key elements in Islamic architecture. But, they are better suited for large spaces, a luxury with our city’s tiny house sizes. Thus, we had to alter certain elements to fit into the market here, whilst ensuring that this heritage isn’t completely lost”. 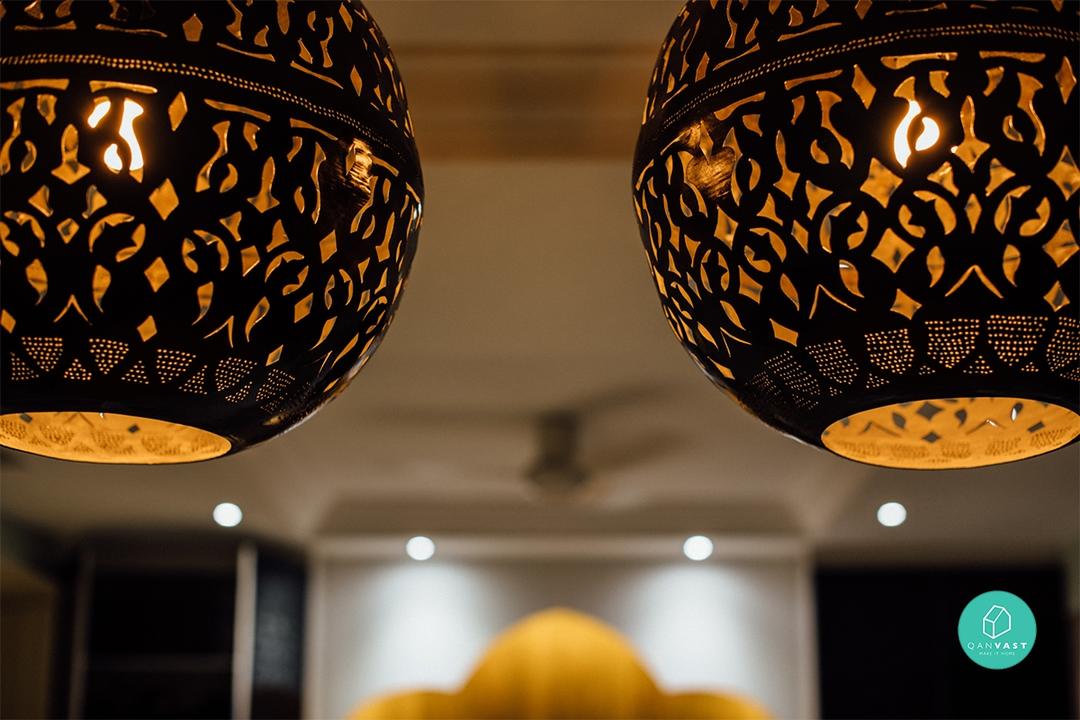 Instead, the firm drew focus on incorporating Islamic visuals in its interior design. Geometric patterns, tessellation and Arabesque accents - be it in furniture, materials or structural details (archways, partitions and ceiling treatments) were applied, and soon became an iconic feature in most of its projects. 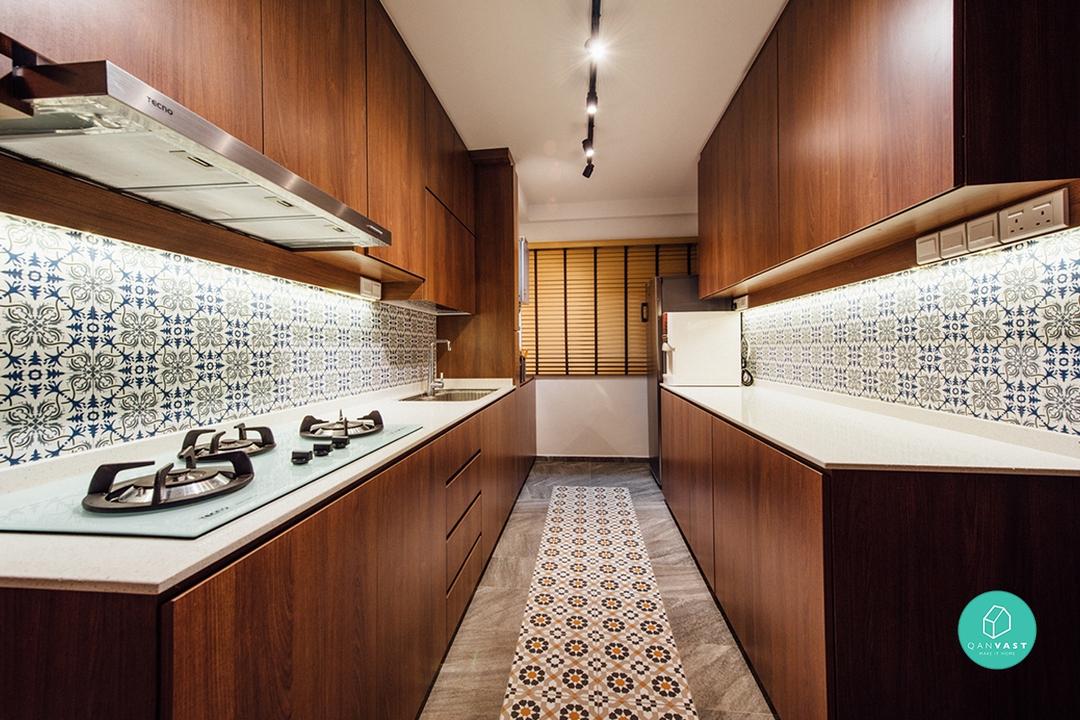 Fatema Design Studio’s unique direction has not only caught the attentions of conservative Muslim households; In fact, it’s quintessential look has been gaining traction with homeowners of varying profiles. 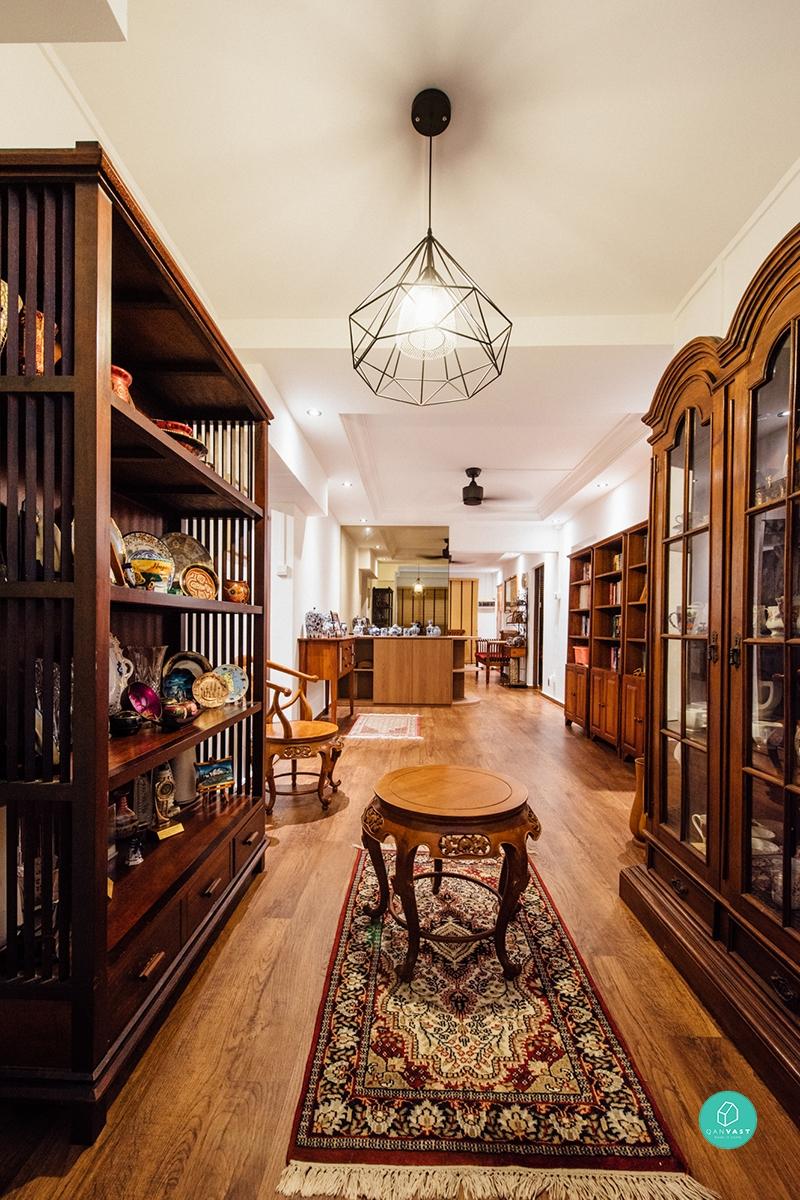 “While our clientele is primarily Malay, we are getting a fair share of enquiries and projects from Chinese or Caucasian clients these days, who appreciate our style and want something modern, luxe, yet with an oriental/arabesque twist.” he adds. 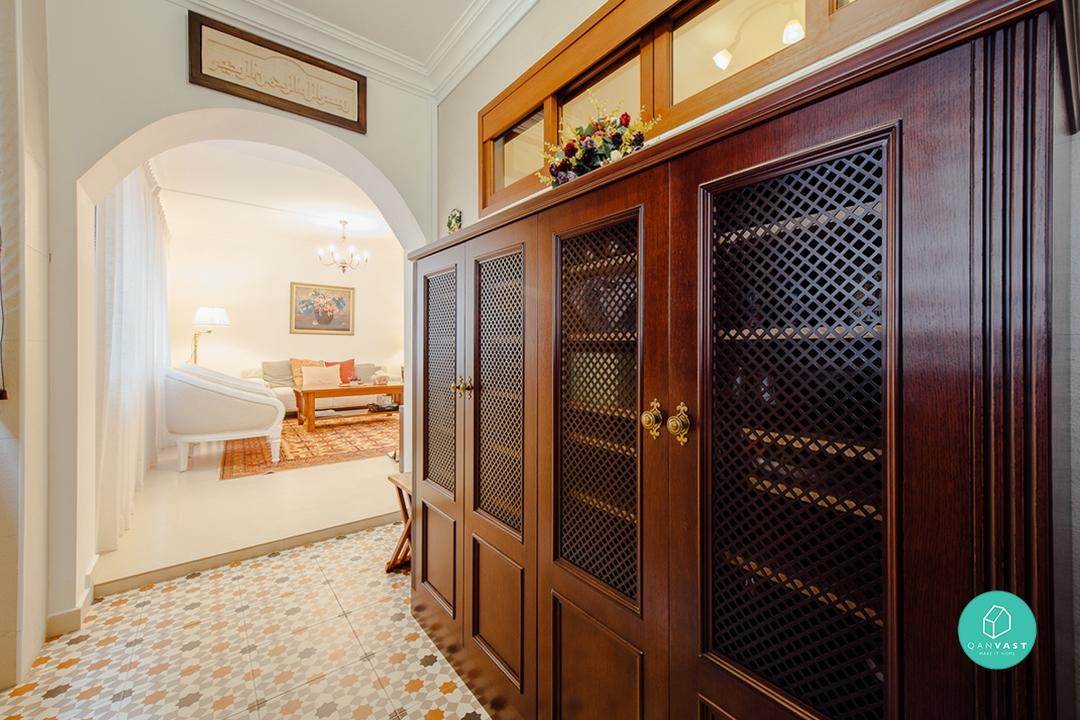 However, is sticking through with its Islamic roots putting the studio at risk of becoming a one-trick pony? Designer Wan seems unfazed, “Ultimately, Fatema Design Studio was developed to cater to the needs of the Muslim community, and we will continue to cultivate ideas based on the same theme. I haven’t changed my style since I first started - and won’t. It’s more of refining your niche to fit with the times.” 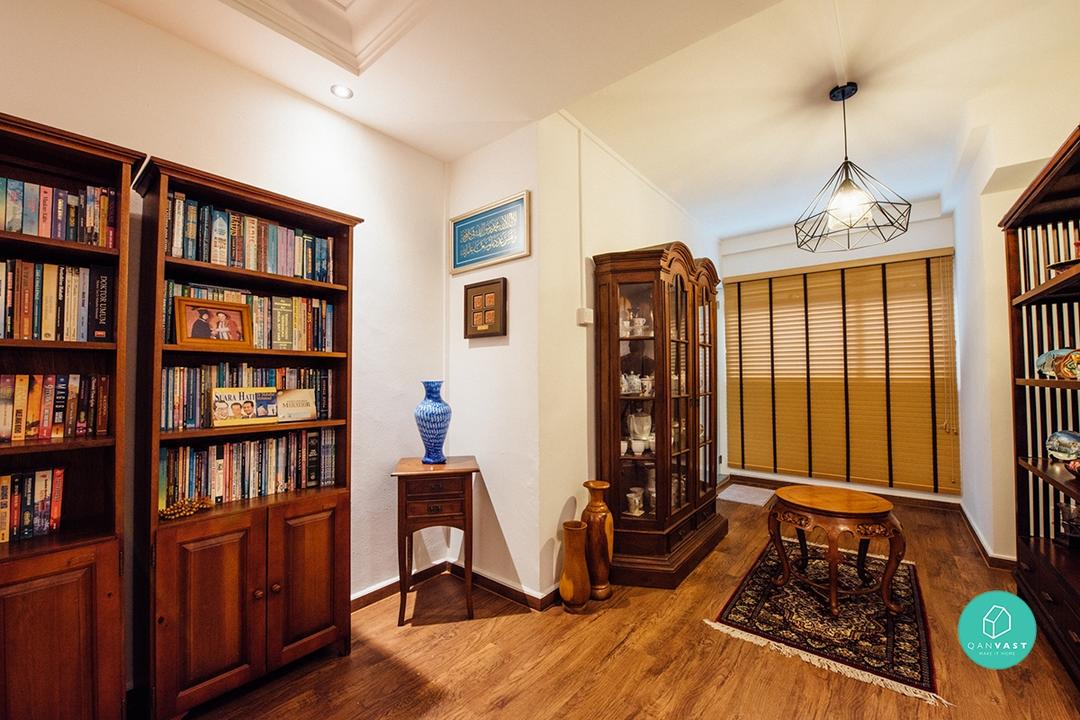 If anything, the interior firm’s name is a constant reminder of what stands in the company - faith and family. Named after Wan’s eldest daughter, it’s a heartwarming tribute - and a religious one at that. 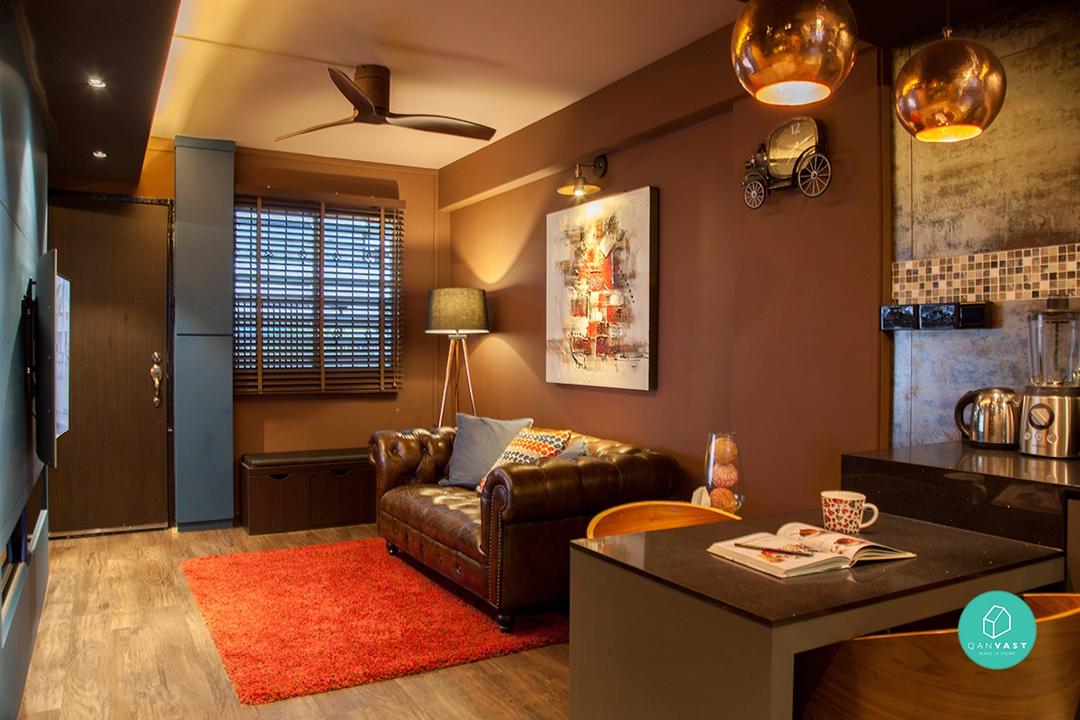 “Fatema is the name of Islam’s beloved Prophet, Muhammad’s daughter as well. By bearing her respected name, it only serves to convey how passionate and involved our firm is in developing Islamic-oriented interiors“, he concludes. 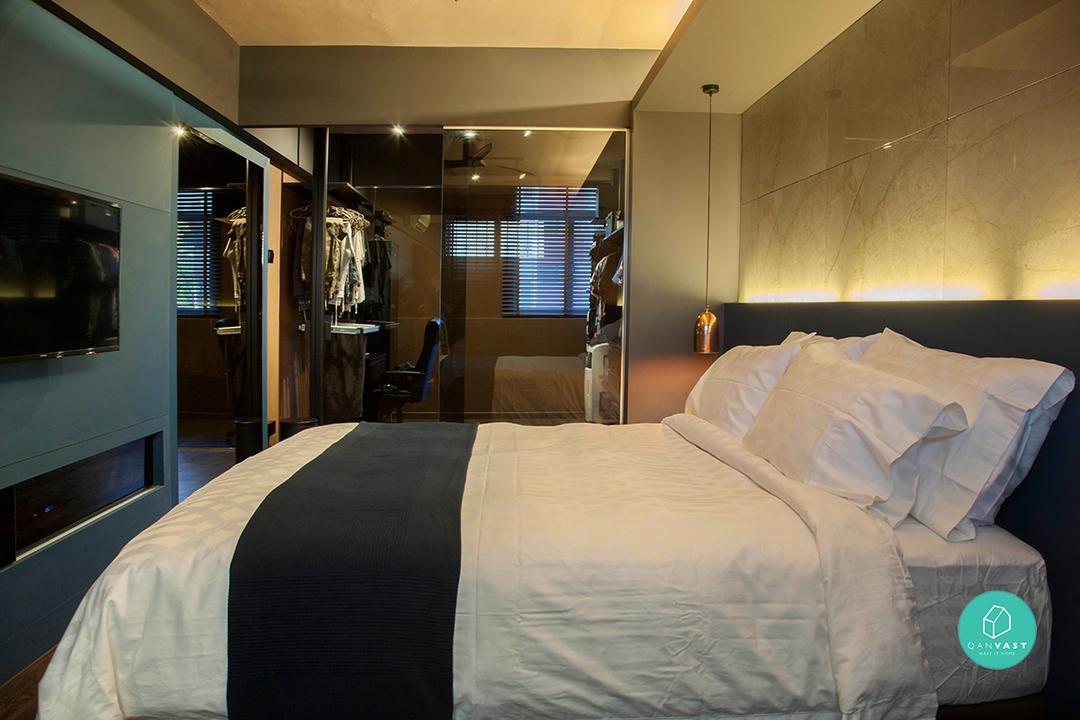 Fatema Design Studio has been awarded the Qanvast SuperTrust 2016 badge for providing exceptional service and designs to homeowners! Find out more about SuperTrust 2016, and the 19 other awarded interior designers here. 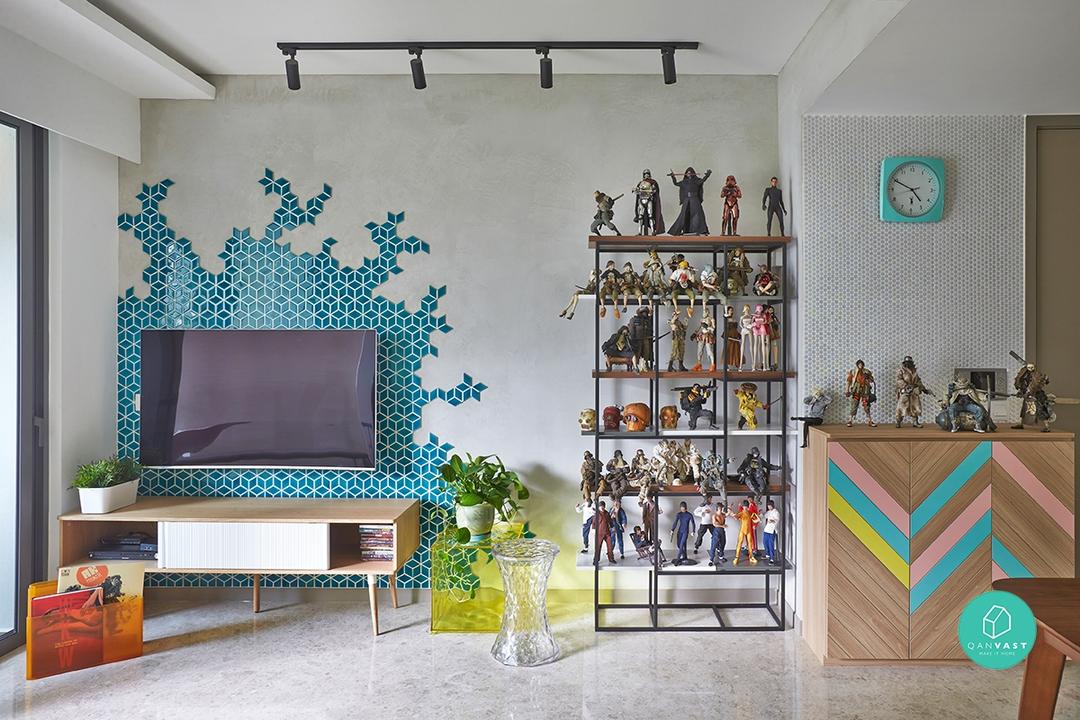 RENOVATION JOURNEY
Designer's Home: Free Space Intent
Patterns, pastels and everything nice – this cheery palette is tricky to design and it takes a skilled designer to pull it off. 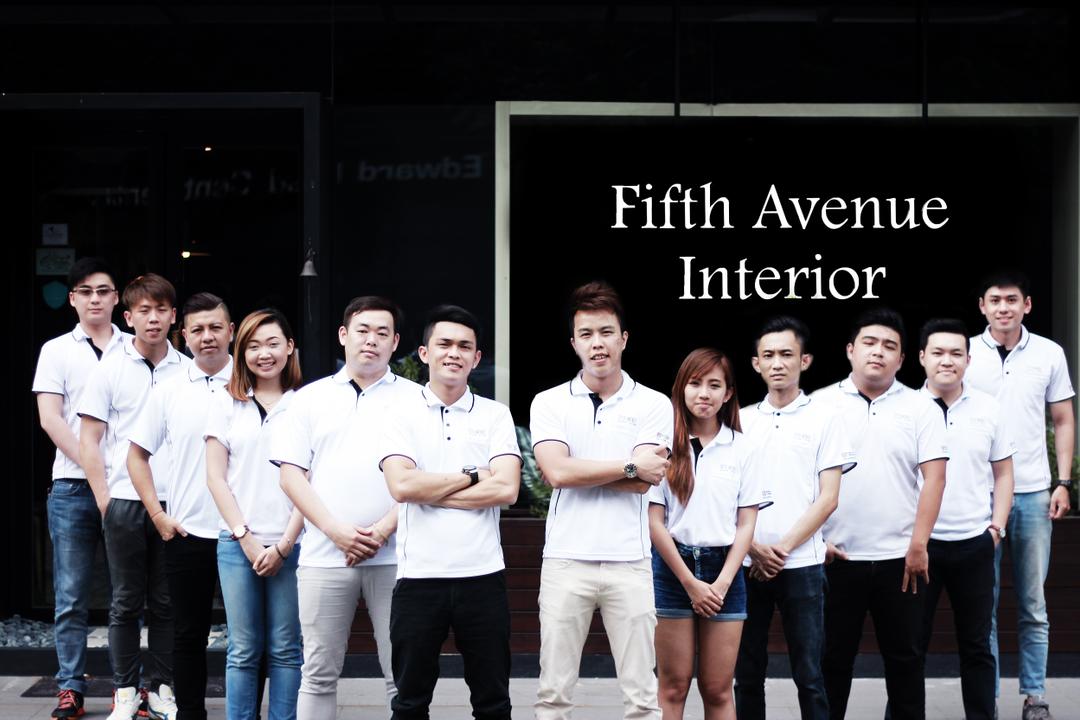 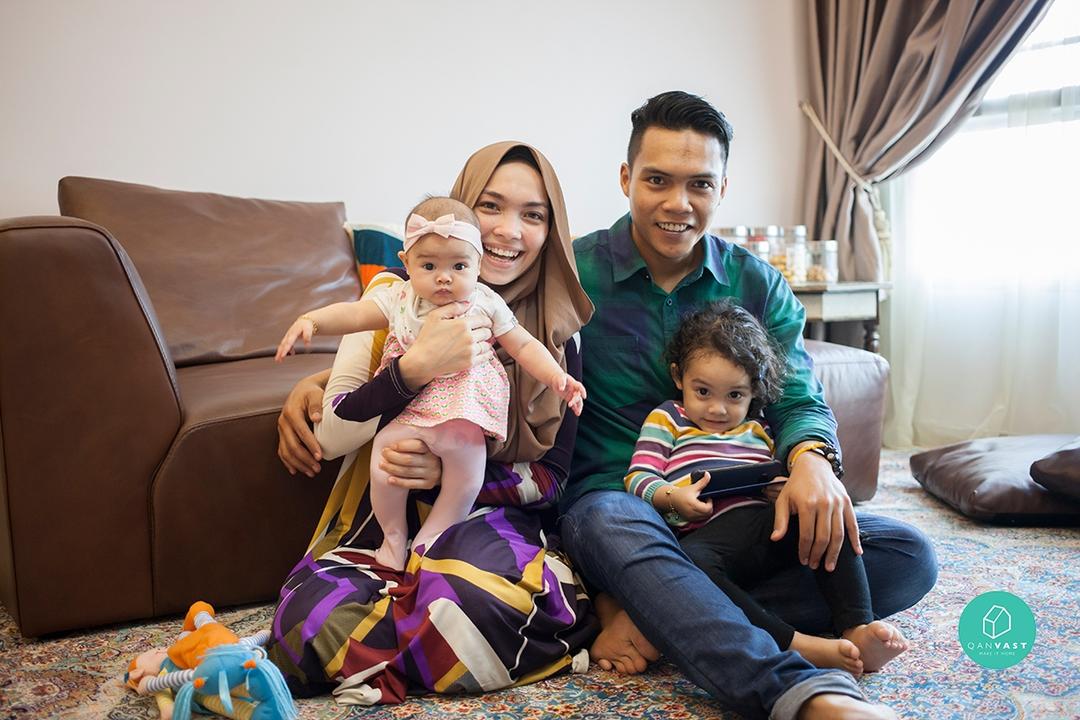 RENOVATION JOURNEY
Renovation Journey: Arabian Nights
After their honeymoon backpack trip in the Middle East, the couple aimed to carry the same adventure and influences into their new BTO at Fajar Road. See how they worked with Fatema Design Studio to pull of a Morrocan-inspired theme.
Preparing the next article…
Recommended for you