How This Resale Condo Went From Dated to Nordic Cool

What’s inescapable, tough to deal with when it accumulates and hard to let go off? That’s right, it’s clutter.

Understandably, when you’re building your own space, memorabilia will find its way into it or just snowball after time. And that was the case for this multigenerational family too. 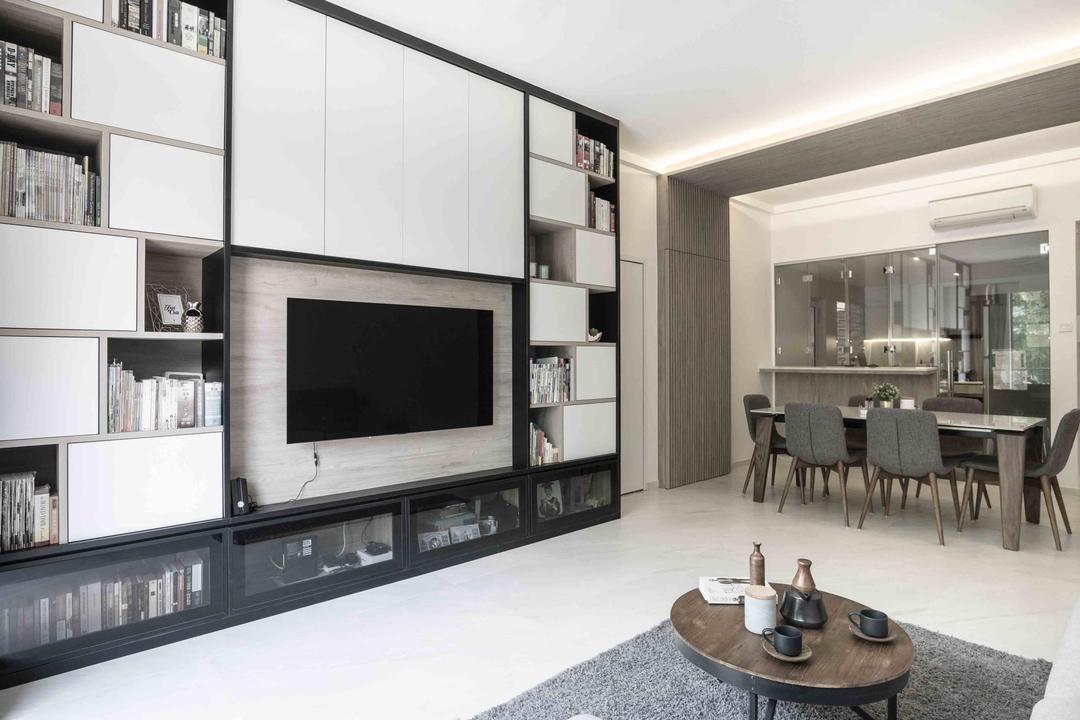 “I live with my husband, 4 kids, sister-in-law and my in-laws,” explained homemaker Jann. “Our home was quite cluttered; things and hand-me-downs were strewn all over the floor, which I really wanted to reduce. After flipping through magazines and browsing online, we decided on a cleaner approach – though I’d say that our trip to Iceland and a stay at its hotels influenced our decision too!” 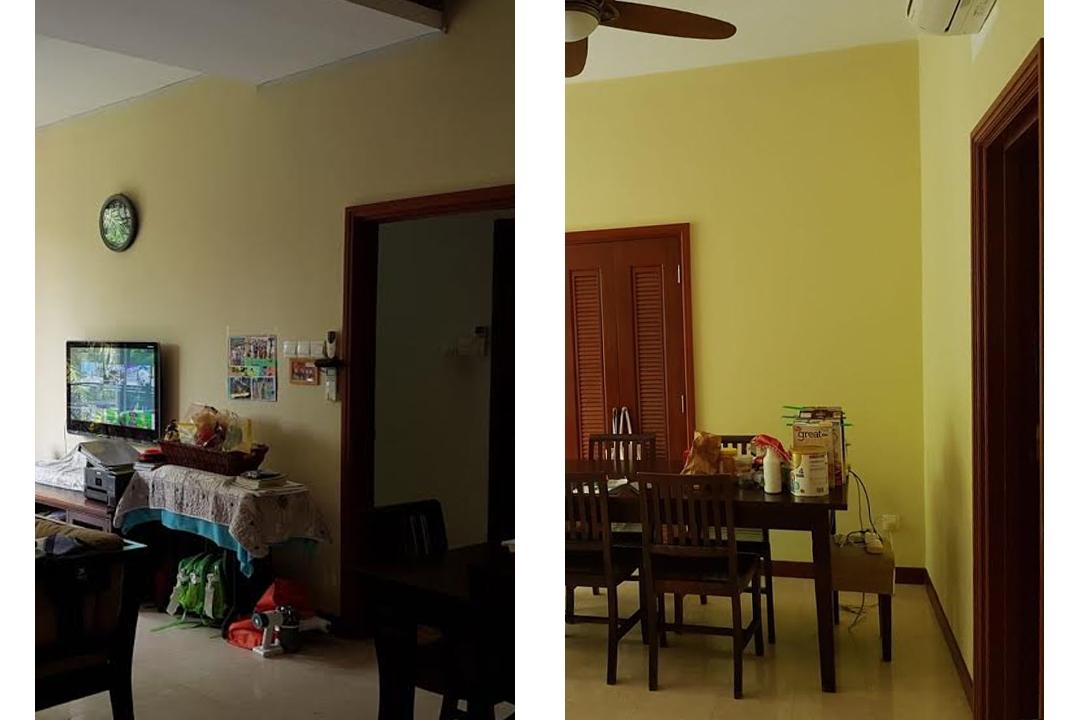 The living room and dining area before the renovation.

Jann then reached out to erstudio and engaged the help of designers Cris and Zu Huai. They were tasked with transforming the dated 3-bedder resale condominium in River Valley Road into a modern abode, one fit for the multigenerational family. 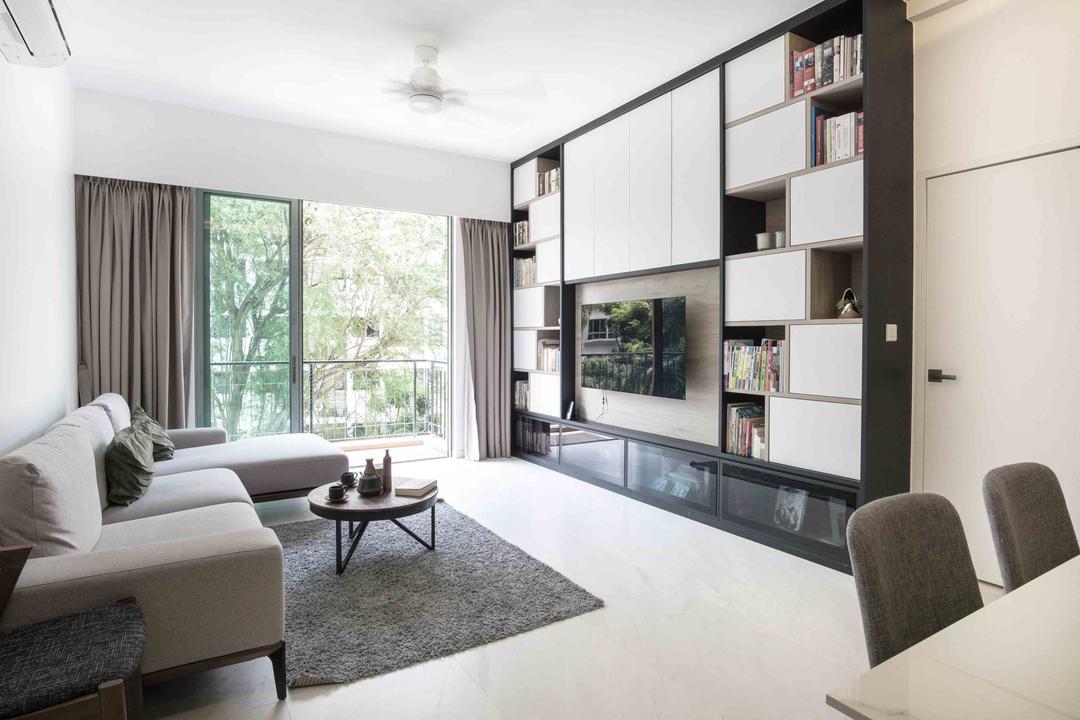 “We wanted a cleaner, lighter colour for the walls to brighten the space plus additional storage space to keep clutter at bay,” Jann added. “So, the IDs used a clean palette and came out with the full-height feature wall that doubles up as a literature display. It’s proven to be a rather eye-catching centrepiece when you enter the home!” 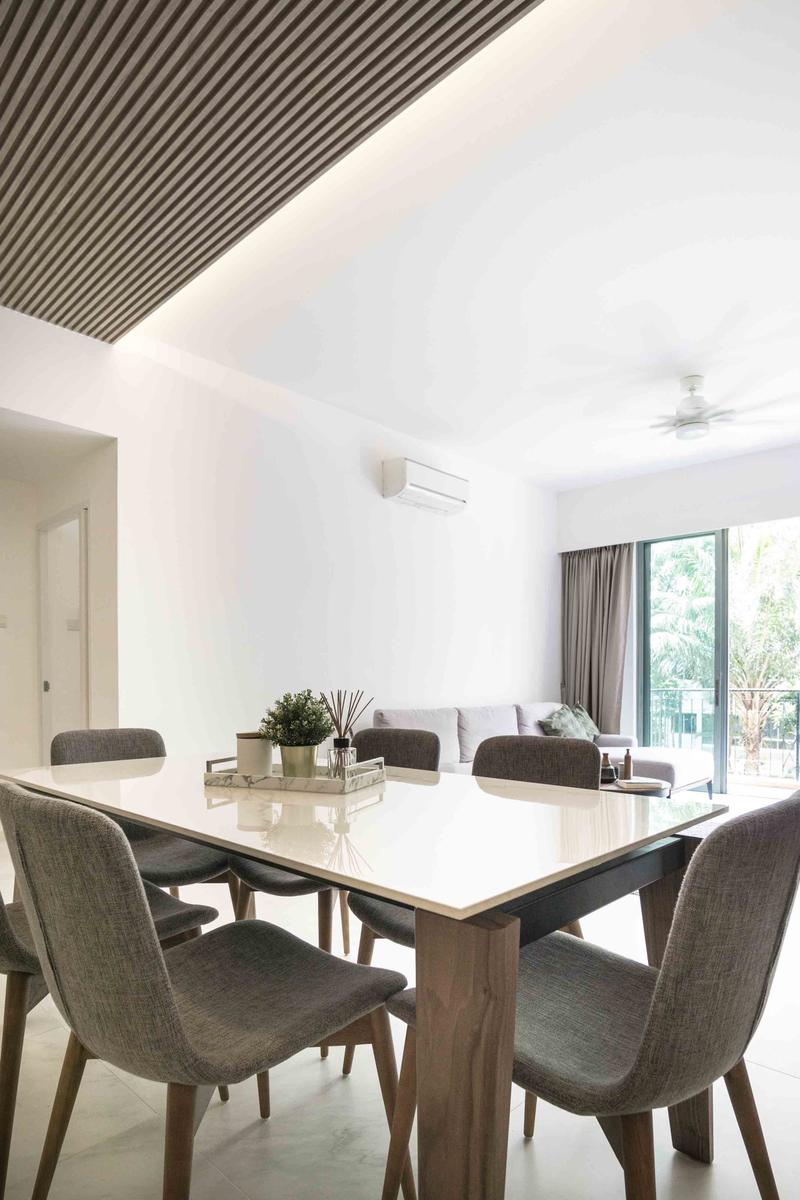 Wanting to make full use of the high ceiling and break up the monotonous white walls, another feature was built, this time in the dining area. Aside from being an additional focal point, these timber strips also serve to conceal an electrical box and messy wiring from view.

“There was a wall between the kitchen and living room originally, but we found that really affected the lighting,” said Jann. “To give it a more open feel, we hacked it down and then installed glass panels.” Later, an array of accent lights was installed to complement the newly brightened and airy interior.

Other than the communal areas, the renovation saw the inclusion of study nooks in each bedroom. 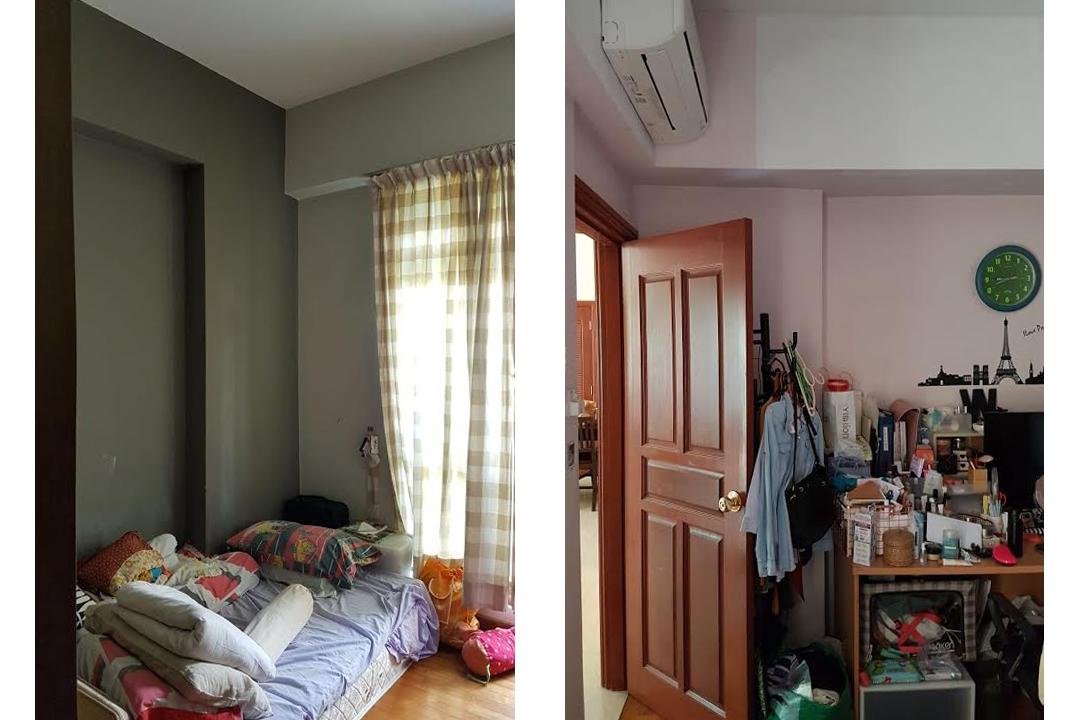 Bedrooms before the renovation. 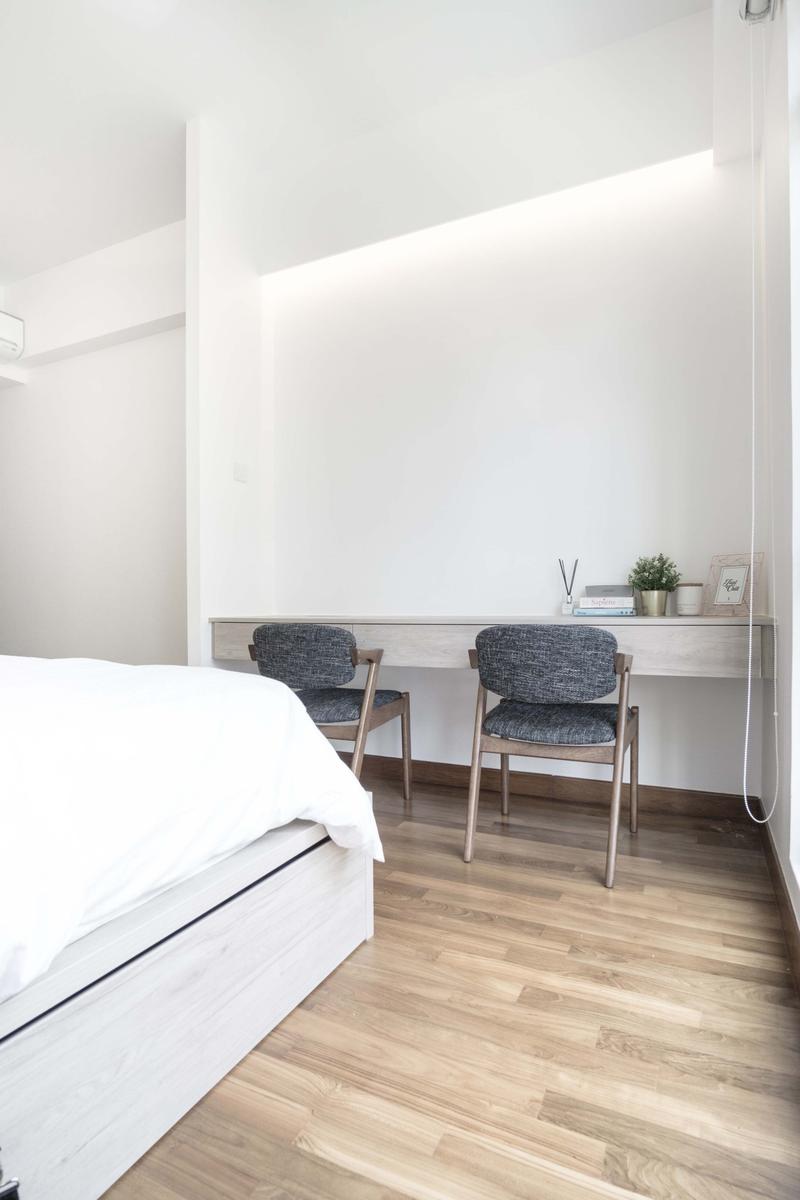 Here, the bedframes were also embedded with extra lighting features, to provide ample illumination in the night or when the blinds are down. “We still have schooling kids,” explained Jann. “We felt that they needed a conducive place to complete their schoolwork.” 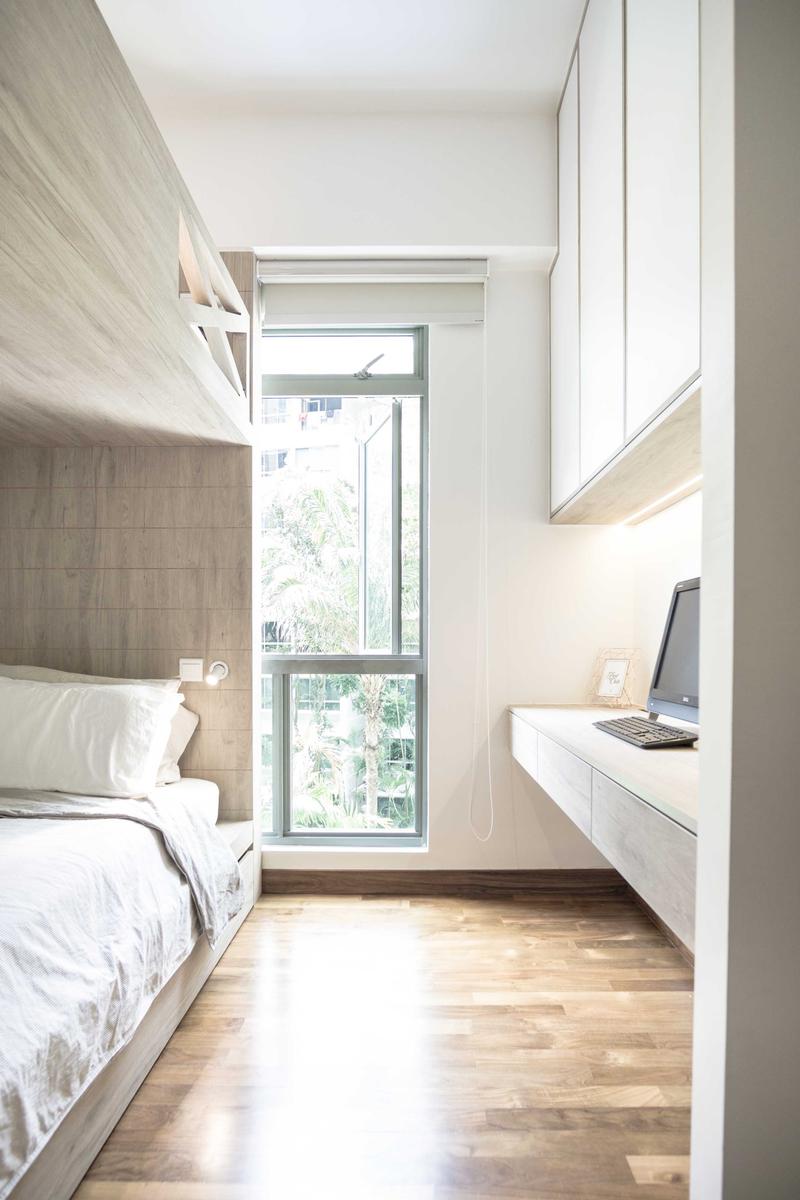 Proving that no detail went unnoticed, a raised platform was then worked in to the master bedroom, which the homeowners use to hide two single beds. To access and stow them, all the homeowners need to do is pull and push, easing the process of tidying up. 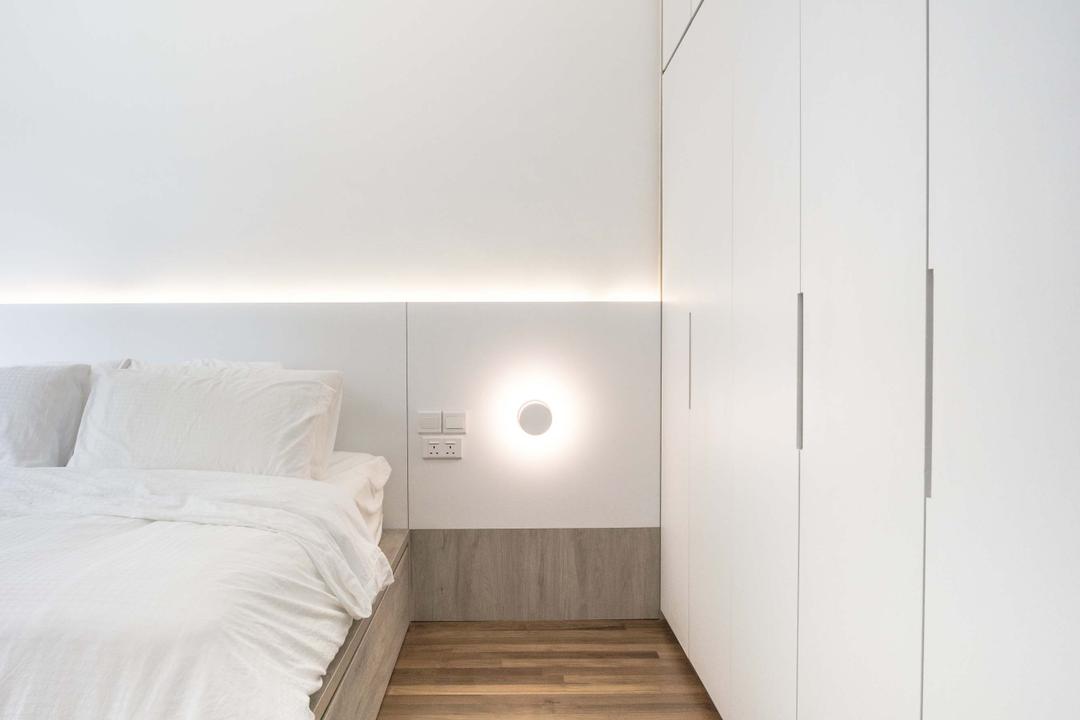 Their bathrooms also received the same treatment – wood accents complemented with white walls though offset with a slew of black accessories, including the showerhead, hangers, faucet, hose and toilet paper dispenser. 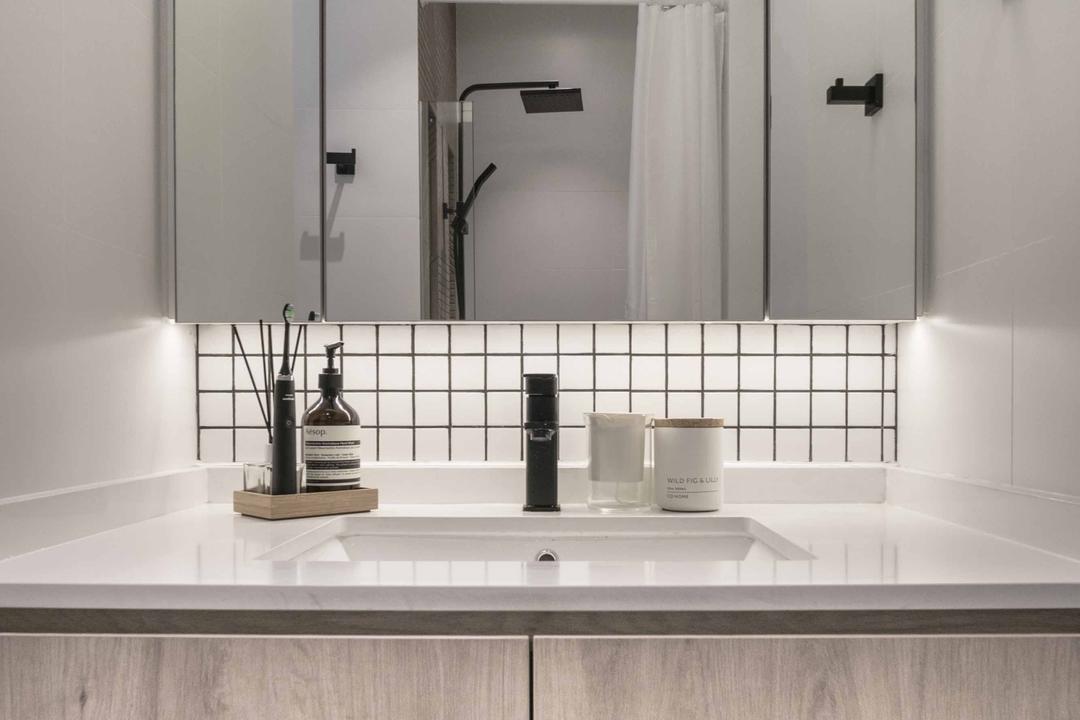 While this juxtaposition creates an awesome contrast for the eyes, the real standout here is definitely the shower, where there’s an additional accent wall in place. Thanks to its shading, it creates an illusion of having panelled wood in the washroom. That said, it’s not just a show stopping piece: Several recesses were carved into the wall and now serve as a placeholder for necessities. 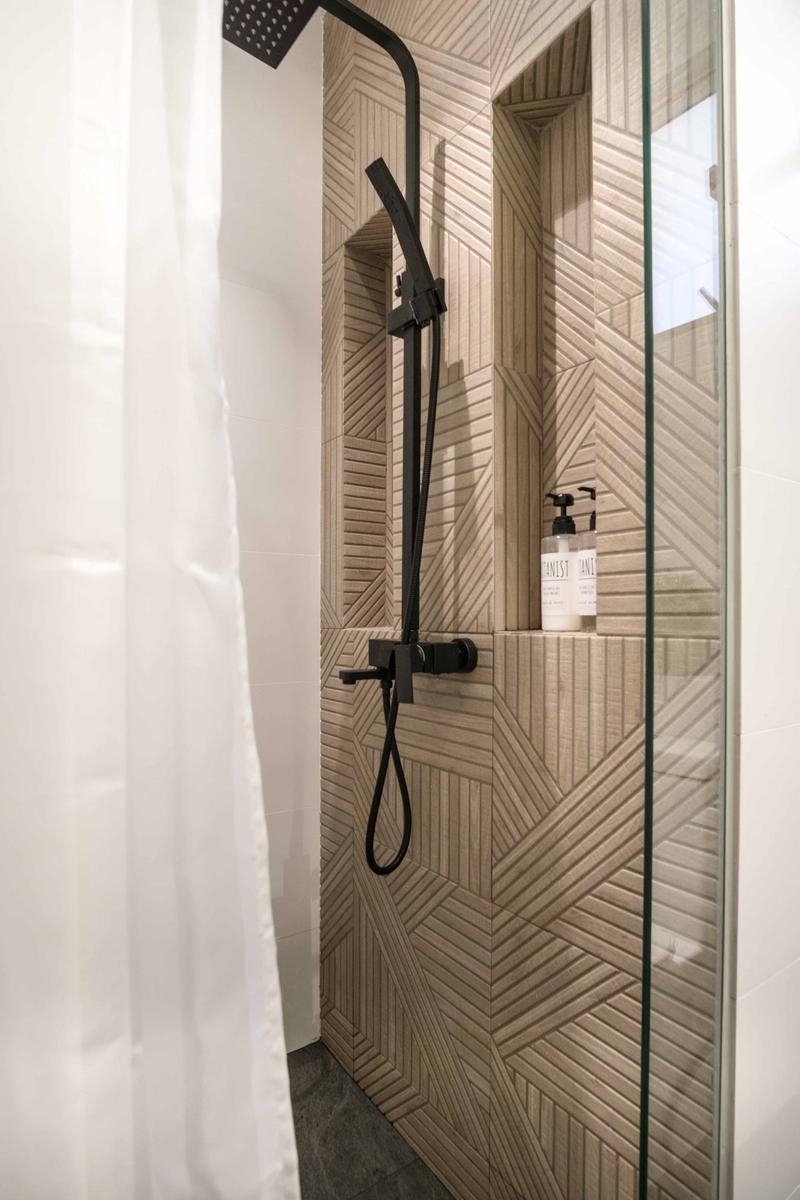 “Though our renovation was handled by two interior designers, the process and handover were very smooth,” shared Jann. “Cris was the one who came up with the initial design based on our needs – he was very patient with us but unfortunately, he had to go for reservist midway. Our project was then passed to Zu Huai who was equally responsive, efficient and a joy to work with.” 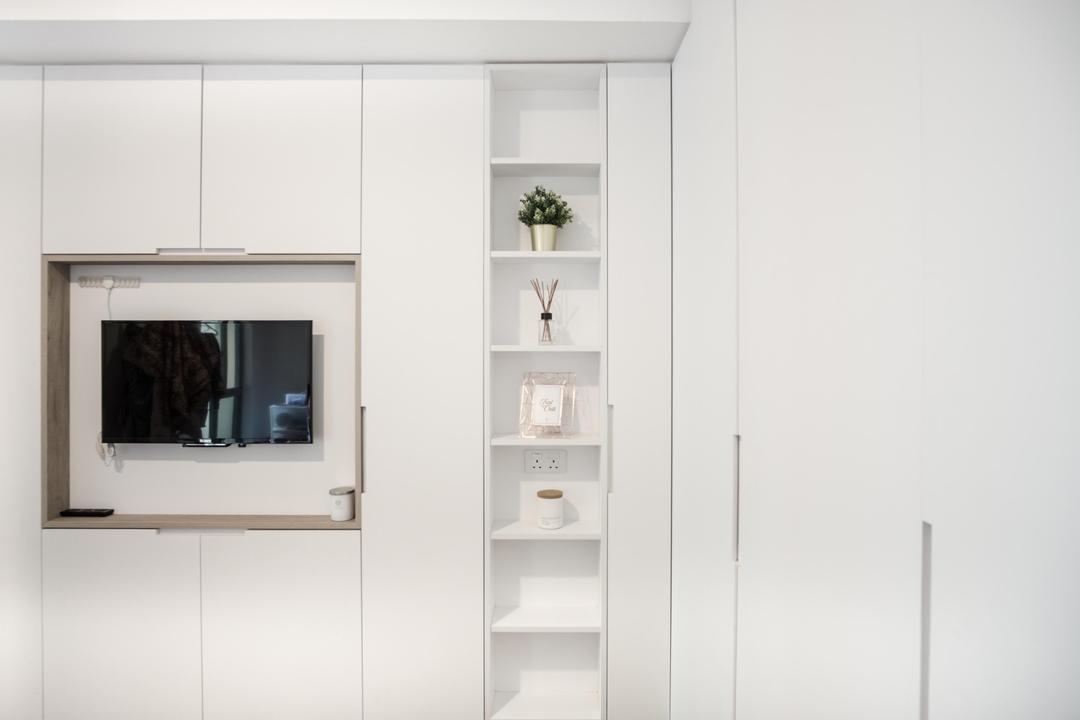 “Thanks to the reduced clutter and storage spaces, I’d say there’s a more Zen-like feel to the home now,” says Jann. “I’m really happy about that.”

Make your home friendly for all generations!

Simply fill up the form below and we'll help you shortlist 5 designers who will make your home more efficient for all. 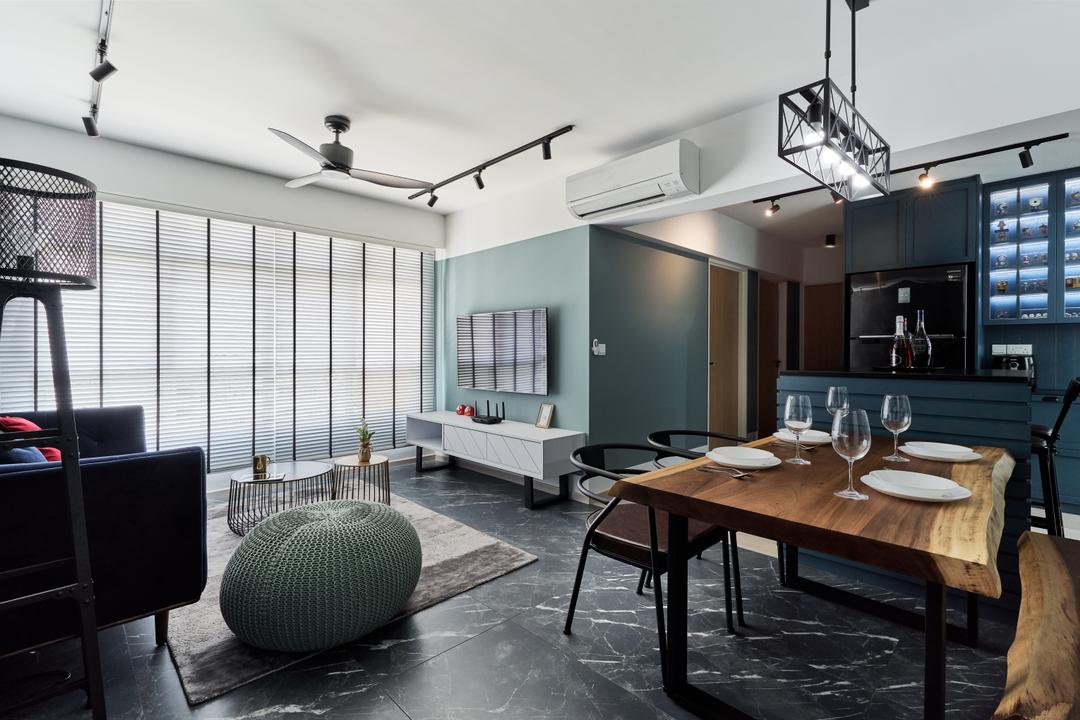 RENOVATION JOURNEY
Look Inside a Heritage Walk-Up Apartment’s Complete Revamp
Updating a decades-old home is never easy, but if this walk-up apartment at Zion Road is any indication, the results are well worth the effort.
Preparing the next article…
Recommended for you

GUIDE
What Renovation Insurance Does for You – And Is It Needed?