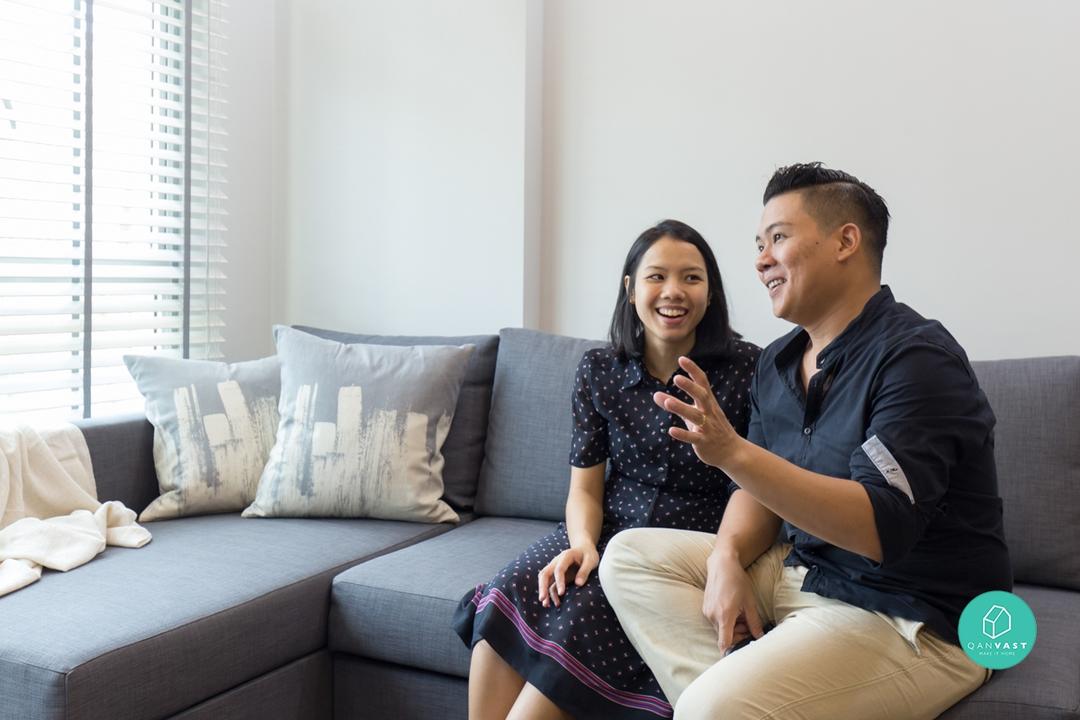 Would it be hard to maintain a professional working relationship with an interior designer who is also your friend?

We sit down with Ezzati and Afiq and get them to give us the low-down on what it was it like to work with Jonathan from Chapter One who is both their friend and their interior designer.

Qanvast: What were you looking out for when you were shortlisting interior designers?

Ezzati (E): We wanted an interior designer who would listen to us but who could also make counter-proposals if they felt that our idea is not good. To that end, we did not want a yes-man who would say that they are capable of doing everything. 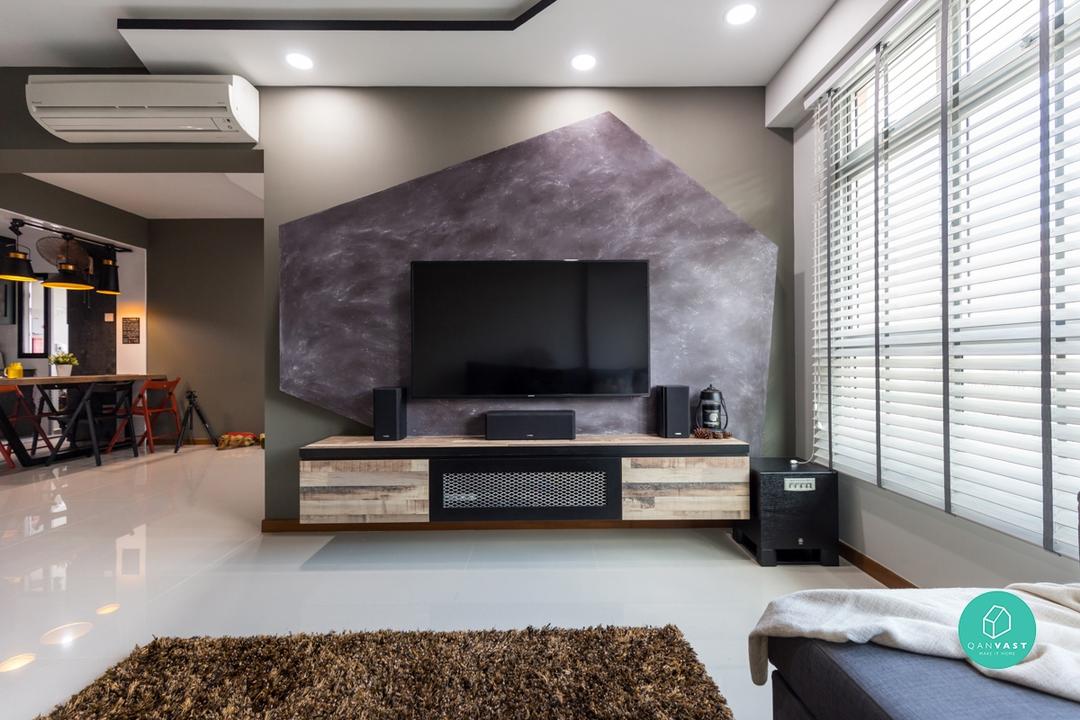 Afiq (A): It was important for me to know how my house design looks like so we wanted an interior designer who could produce 3D drawings for us. This was also the main reason why we didn’t choose a contractor because they could not give us the 3D drawings.

Qanvast: We heard that you’re friends with Jonathan. Did you know that you wanted to work with him from the beginning?

A: It was actually by chance that I found out that my friend, Jonathan, was also an interior designer. After learning about this, my wife and I looked at his portfolio on Qanvast and we felt that his designs were quite in sync with what we wanted. We especially liked the Still Road project that he worked on. 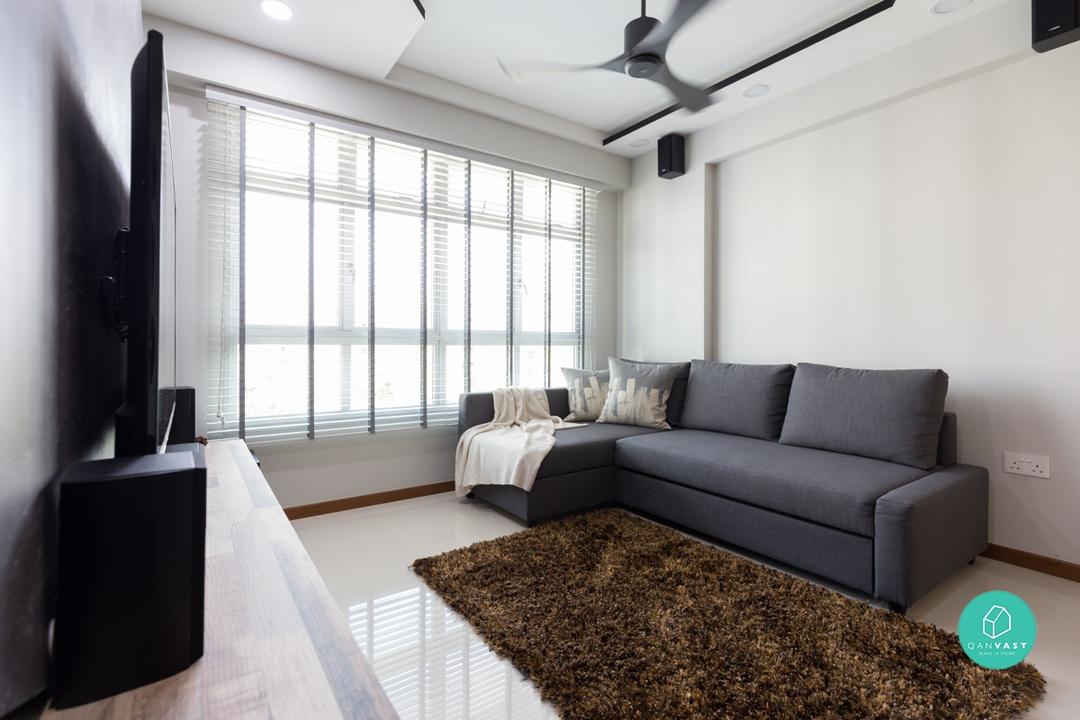 E: However, I felt that we should consider other interior designers before we could determine who we wanted to work with. Hence, we met up with a couple of other firms which were recommended by Qanvast and a few more designers who were contacts of my husband before we decided to engage him.

Qanvast: Did you know what theme you wanted for your home?

E: We weren’t too sure of what theme we wanted so we showed him pictures of interior design which we liked. After looking at these pictures, he helped us to determine that our design tastes lean towards the urban industrial theme. 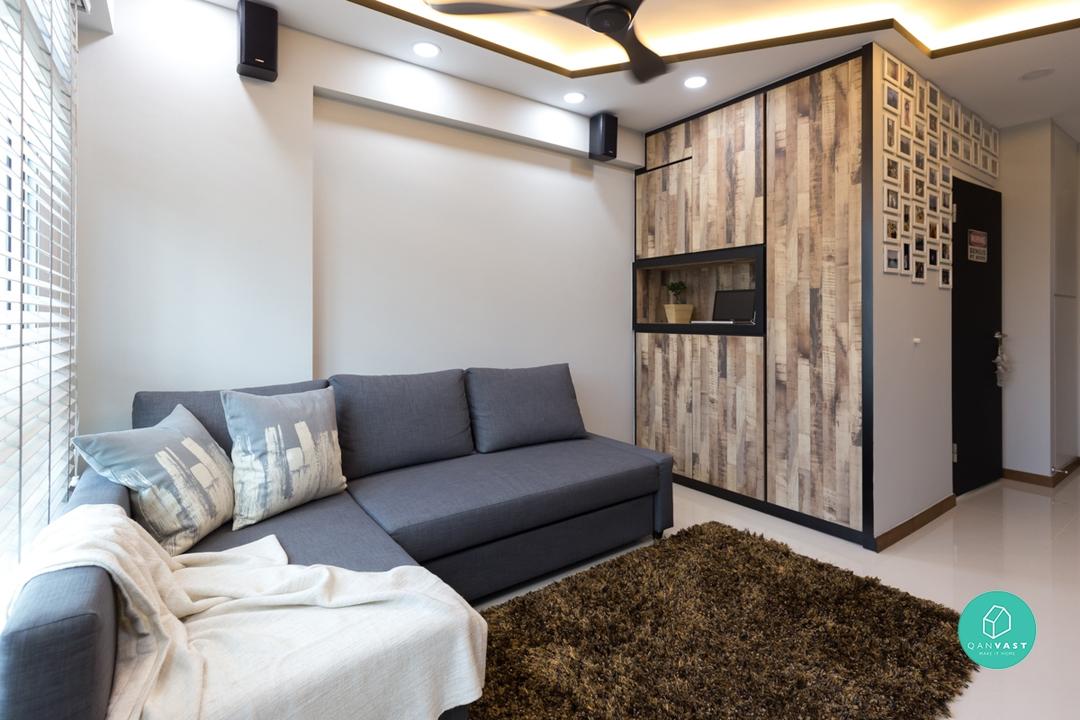 Qanvast: What were some creative ideas that Jonathan had for your home?

E: He proposed that we do a false ceiling with a white and black design for our living area. He also recommended that we use black doors so that the monochromatic theme is consistent in the living area.

He was also able to help us to select materials that would complement the look of the home better. For example, we initially wanted to use a glass surface for the kitchen backsplash but he suggested using subway tiles because they would look nicer. 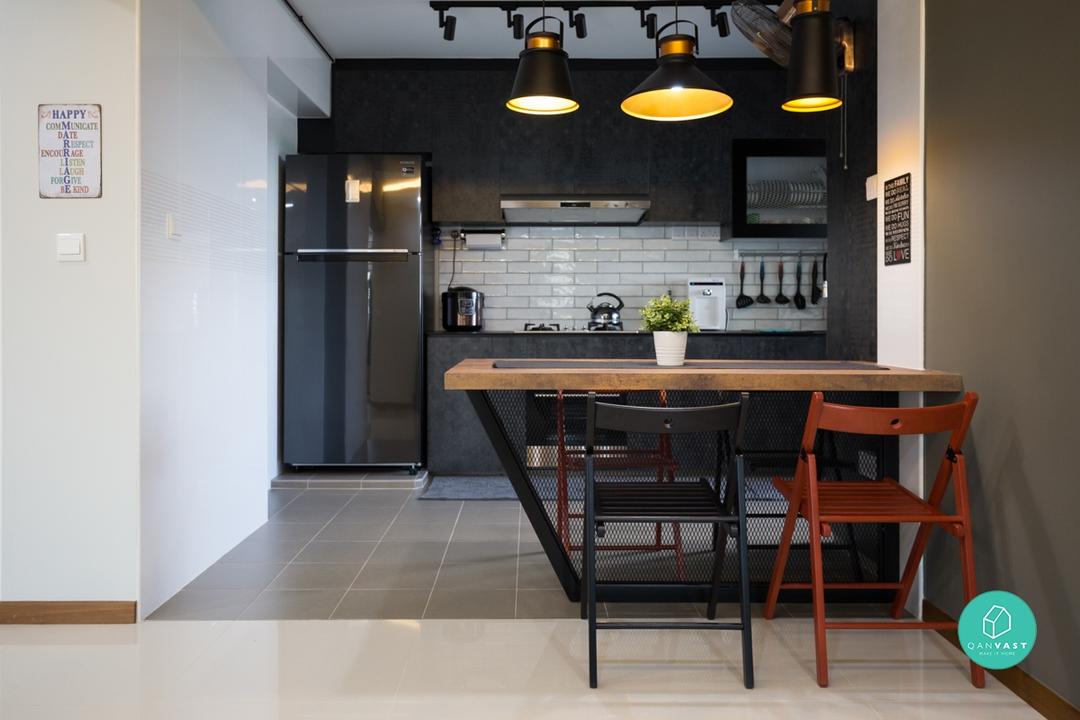 Qanvast: What were some areas where you could see Jonathan’s practicality?

A: Before we got the keys to our home, we showed Jonathan the floor plan so that he could plan out the design for our home. When he was doing his planning, he mentioned to us that there might be a beam along the ceiling and told us that he would be unable to execute his design if there was indeed a beam. We appreciated his practicality on such matters.

Jonathan also advised us to install just one air-conditioning unit because our home is quite small so the cold air would be able to easily circulate around the home. 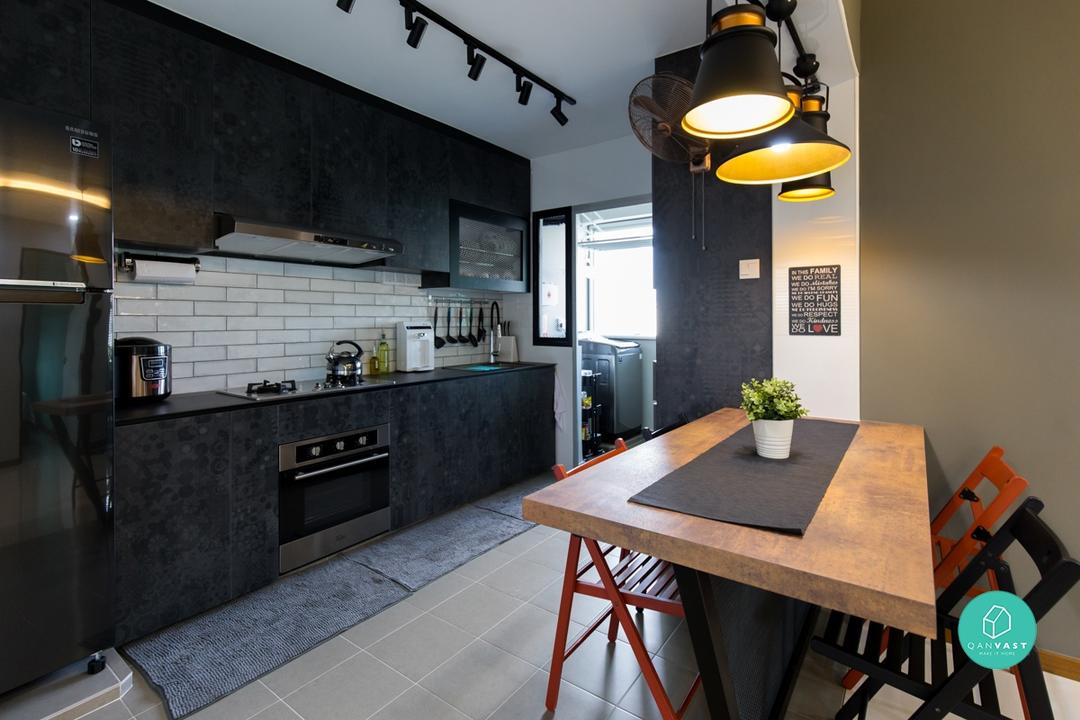 A: As he is both my friend and interior designer, there were a number of times when we got into rather heated discussions about the design of my home. However, we always managed to compromise in the end and work out a solution that we are both comfortable with.

E: I had to be the mediator between both of them sometimes [laughs] Overall, I felt that Jonathan was quite accommodating to our requests. He even redid the 3D drawings many times because my husband was not satisfied with the way it looked. 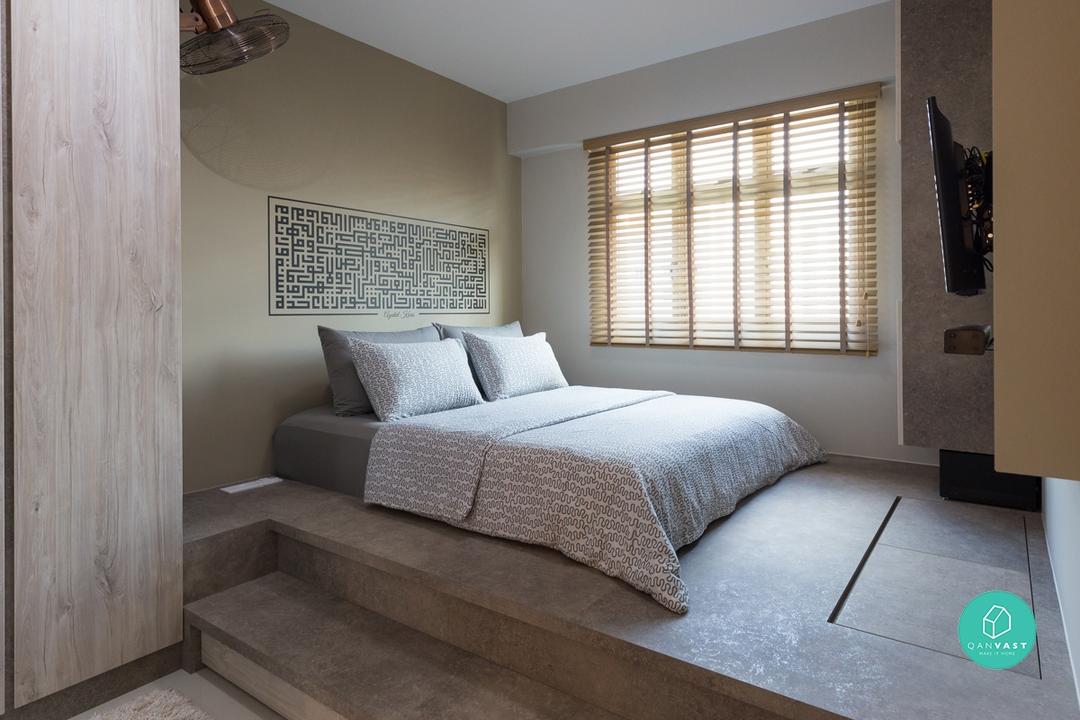 Qanvast: Are there any areas of improvement for Jonathan?

E: We feel that he can be more organised when it concerns administrative details. While there is no doubt that he is good at hands-on work, he fumbled over the finer details of the renovation. For example, there was this incident where Jonathan used the wrong laminate for the vanity in the bathroom. After we alerted him to this, he replaced it with the correct laminate and absorbed the costs for this. 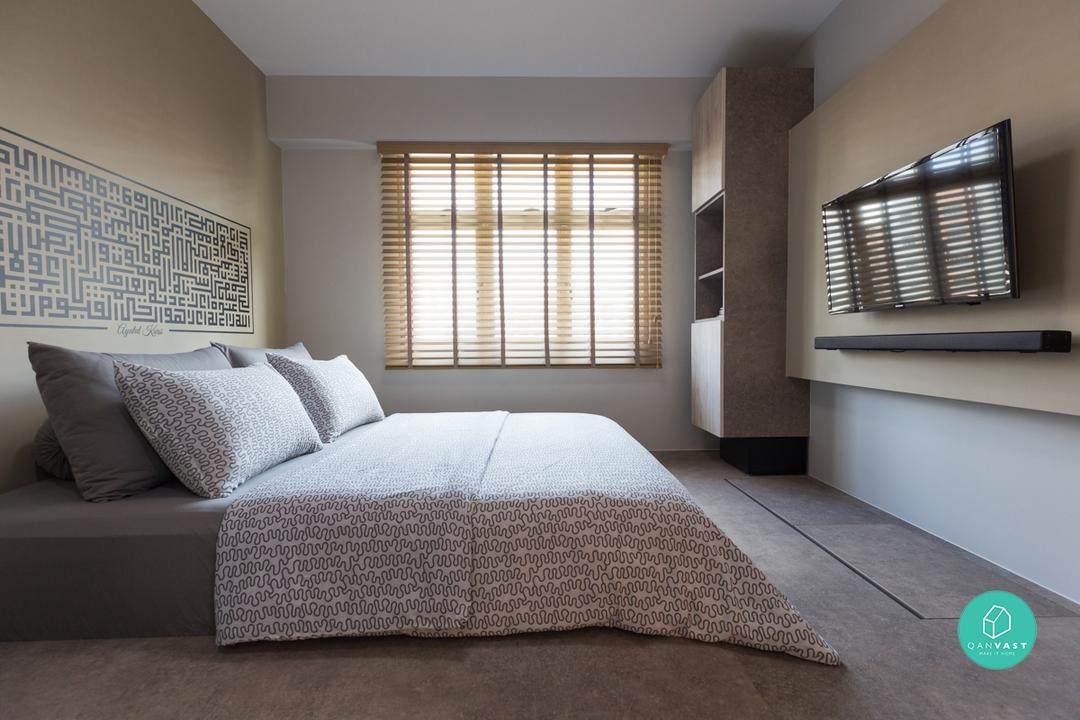 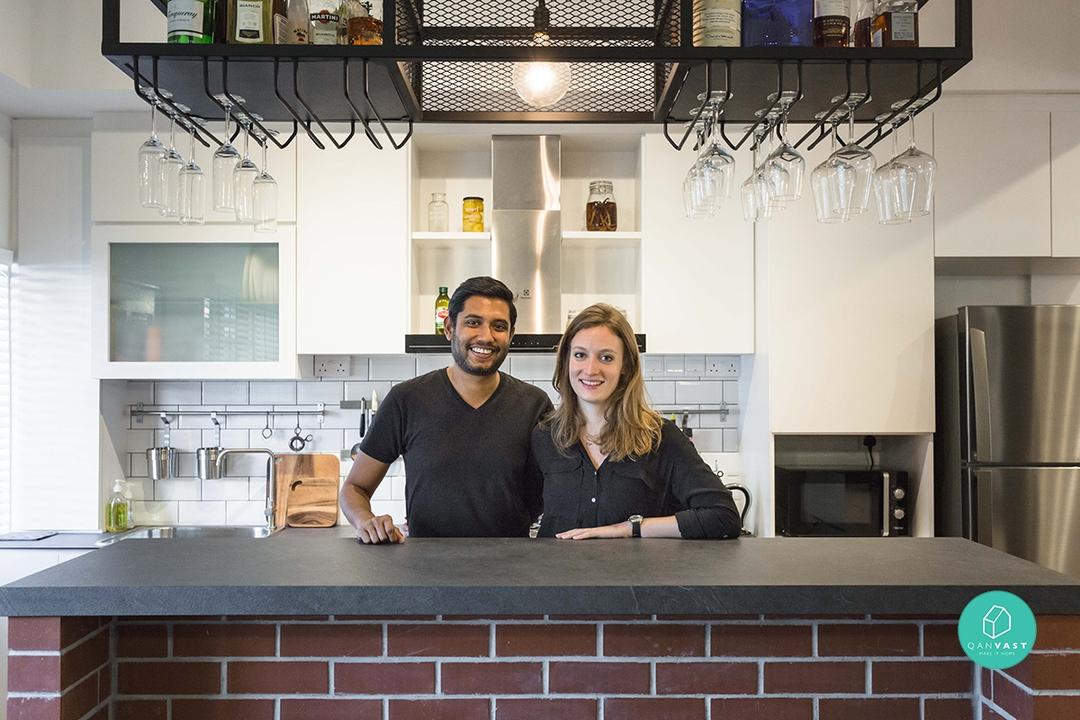 RENOVATION JOURNEY
Renovation Journey: An Airbnb-Worthy Home
Sid and his family worked hand in hand with Chapter One who transformed the 60-year old walk-up apartment, into one that’s Airbnb-worthy. Peek in! 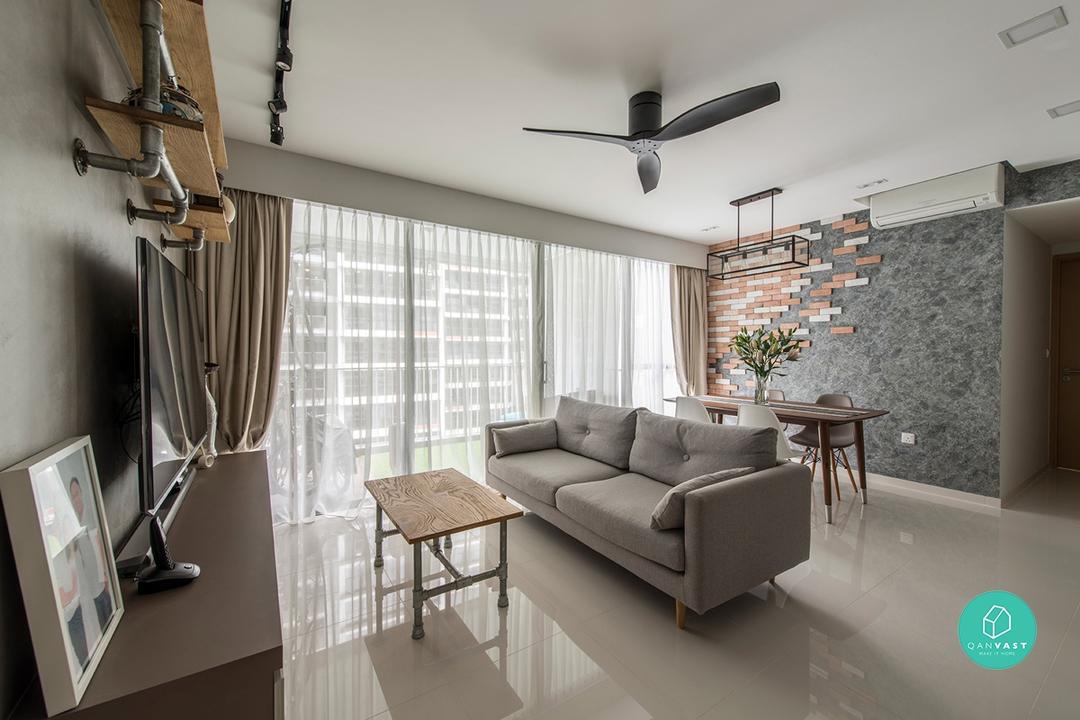 RENOVATION JOURNEY
Renovation Journey: Neutral Nature
Rather than engaging contractors like what she did for her past two homes, this time, Lynn decided to engage an interior designer for her third home so as to complement the airy and spacious look. Hear from the renovation expert as Lynn describes her renovation experience in sprucing up her new place in Punggol. 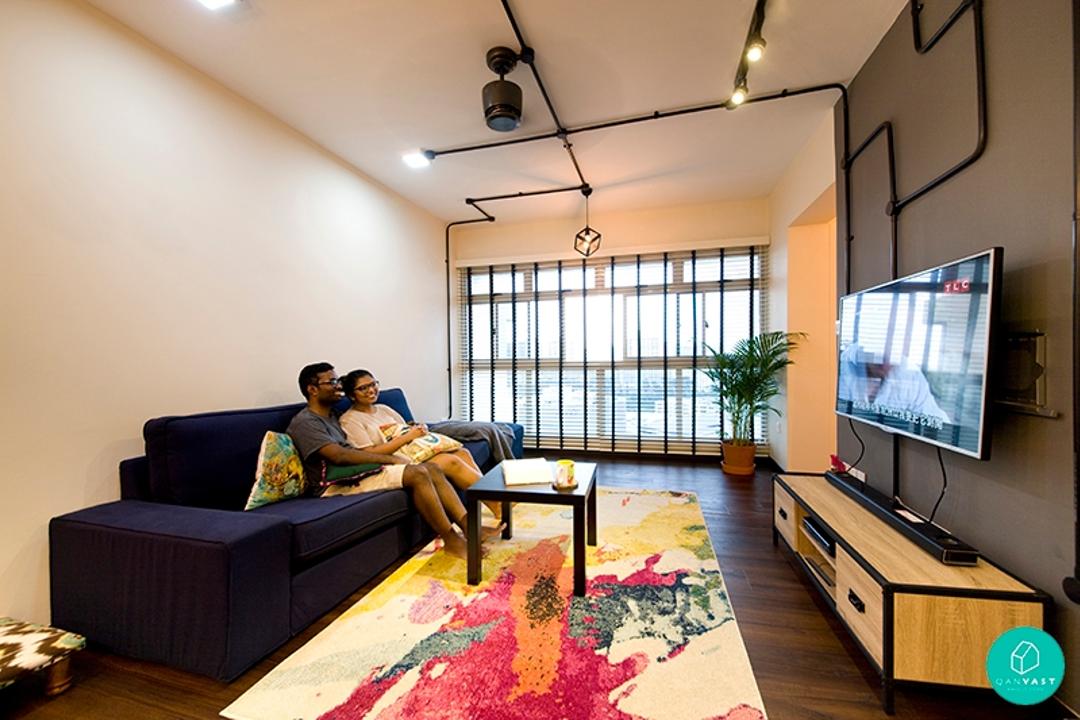 RENOVATION JOURNEY
Renovation Journey: A Burst Of Colours In This Industrial Pad
The homeowner jumped ship to another interior firm and didn't regret her choice. Find out what made her change her mind and how she pulled through her renovation journey.
Preparing the next article…
Recommended for you