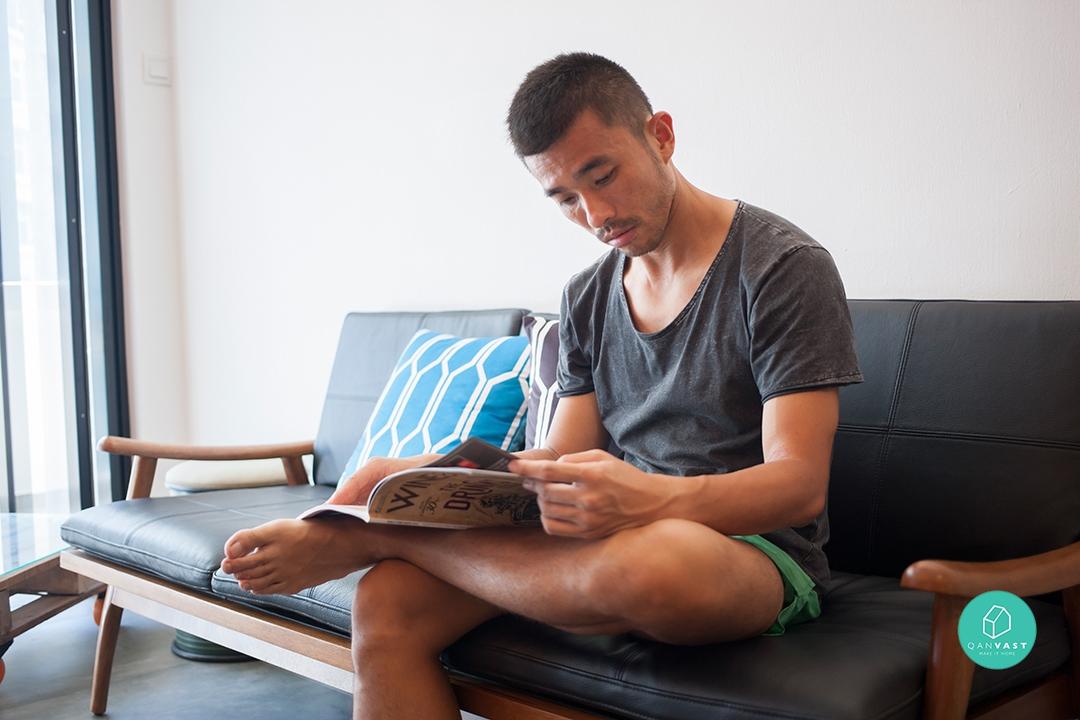 When it comes to Kevin’s home renovation journey, one phrase sums it up: creativity verses practicality. Seeking to bring his unique ideas for his home to life, Kevin sought the help of Jason from Voila whose creative input served as the perfect counterbalance to Kevin’s practical mind. We give you a peek into this distinctive industrial pad which marries practicality and creativity. 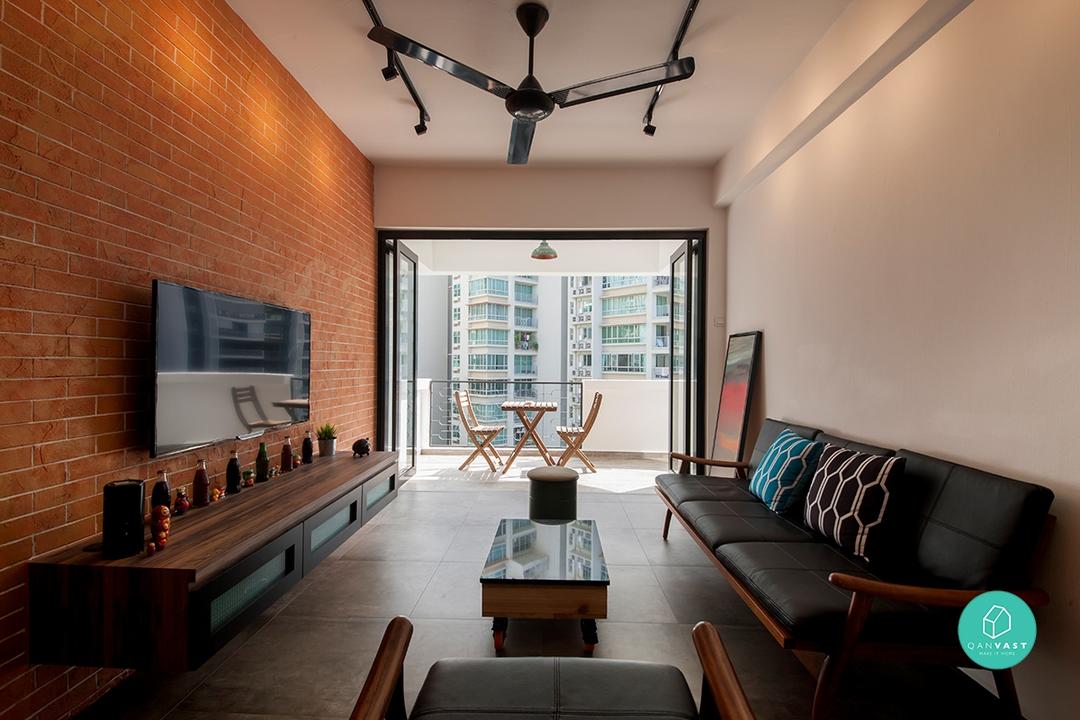 Qanvast: Where did you source for home ideas?

Kevin (K): I used Qanvast predominantly as I find the interface for the app to be really user-friendly. The pictures are definitely a big draw and I liked that I could just ‘like’ a picture which is then stored under my list of ‘favourites’ within the app. This saved me the hassle of sourcing for them all over again.

I also subscribed to the digital version of Home and Décor. With this digital copy, it’s easier to take down pictures to show Jason as compared to if I were to have a physical copy on hand. 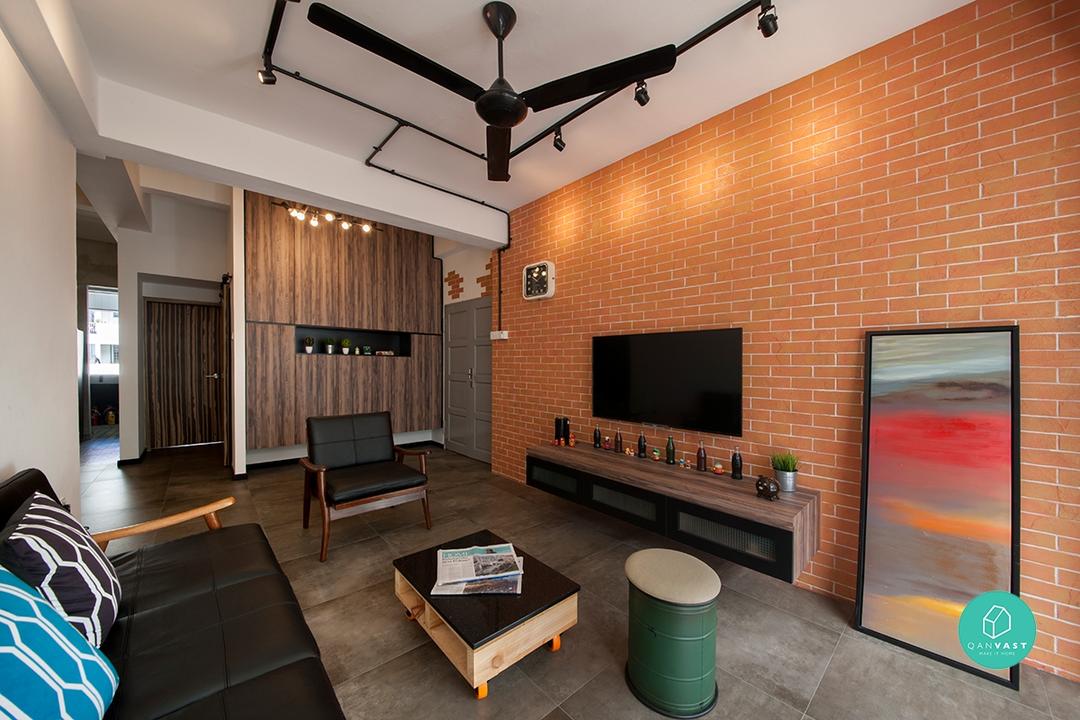 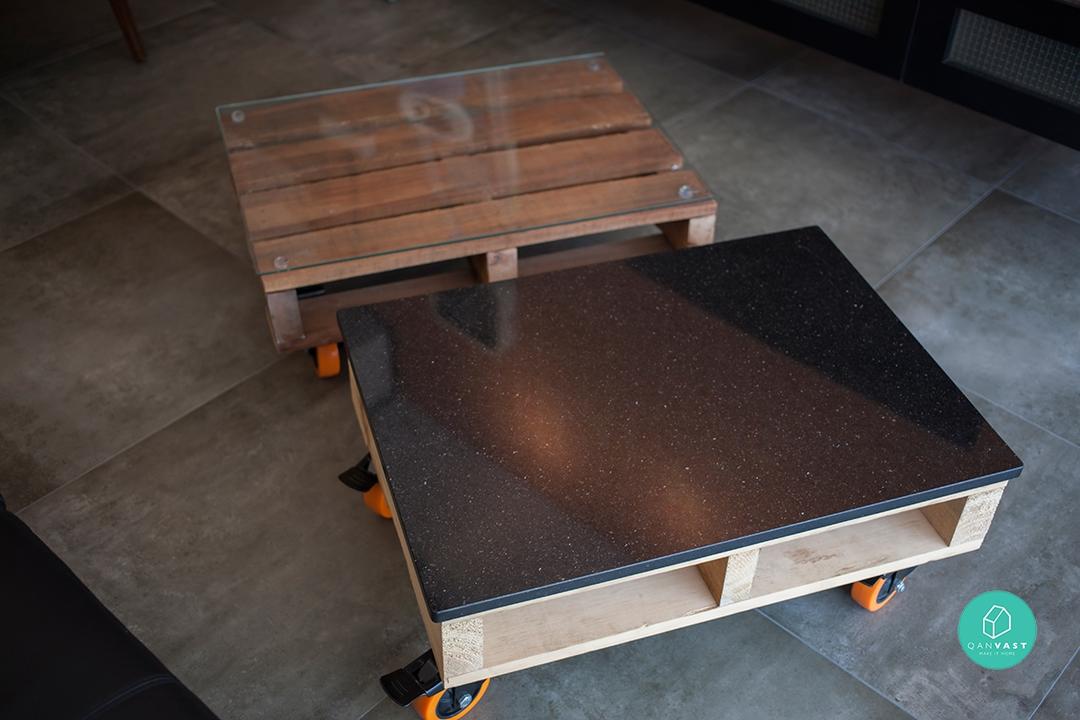 Qanvast: What made you choose Voila?

K: Out of the three interior designers that I met, Jason was the one I am most comfortable with. As I already had ideas in my mind, I just needed someone to improve on these ideas and Jason was able to do that.

I also appreciate that he could come up with ideas and began designing almost immediately. One of the other firms that I had met up with told me that they wouldn’t be able to do anything until they could come to the home to see the actual layout. With Jason, that wasn’t an issue. I showed him the floorplan and after doing some design work, he advised me on the feasibility of my ideas. It was only natural that our collaboration continued on from that point. 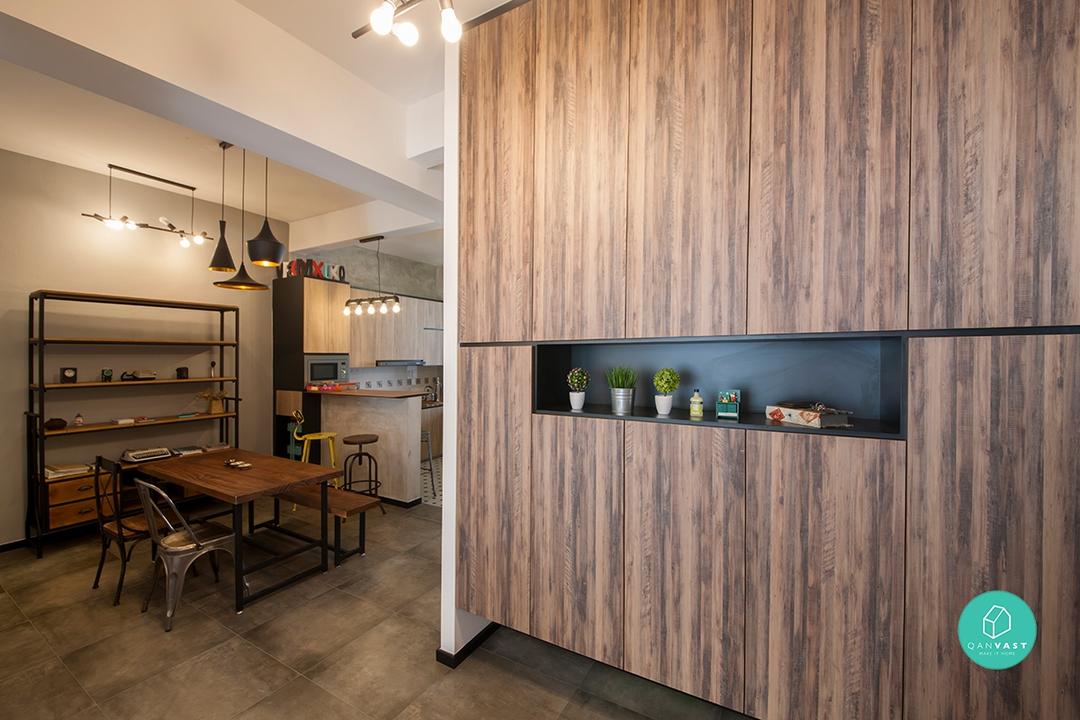 Qanvast: How was it like working with Jason on the home?

K: It was a solid partnership. There were a few sessions where we met for a couple of hours and Jason would weigh in on the ideas that I had. There were some points of conflict between us which I would sum up to being a matter of creativity versus practicality. I wanted a simple design while Jason felt that I could be more liberal with the design, so we needed to come to a common understanding. 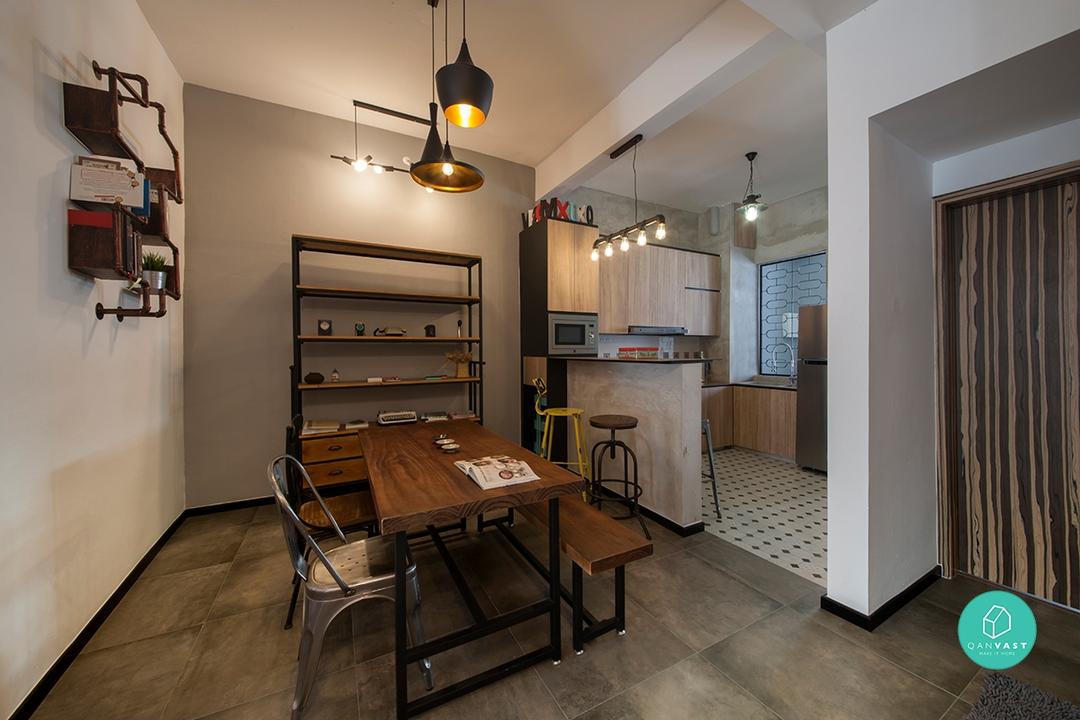 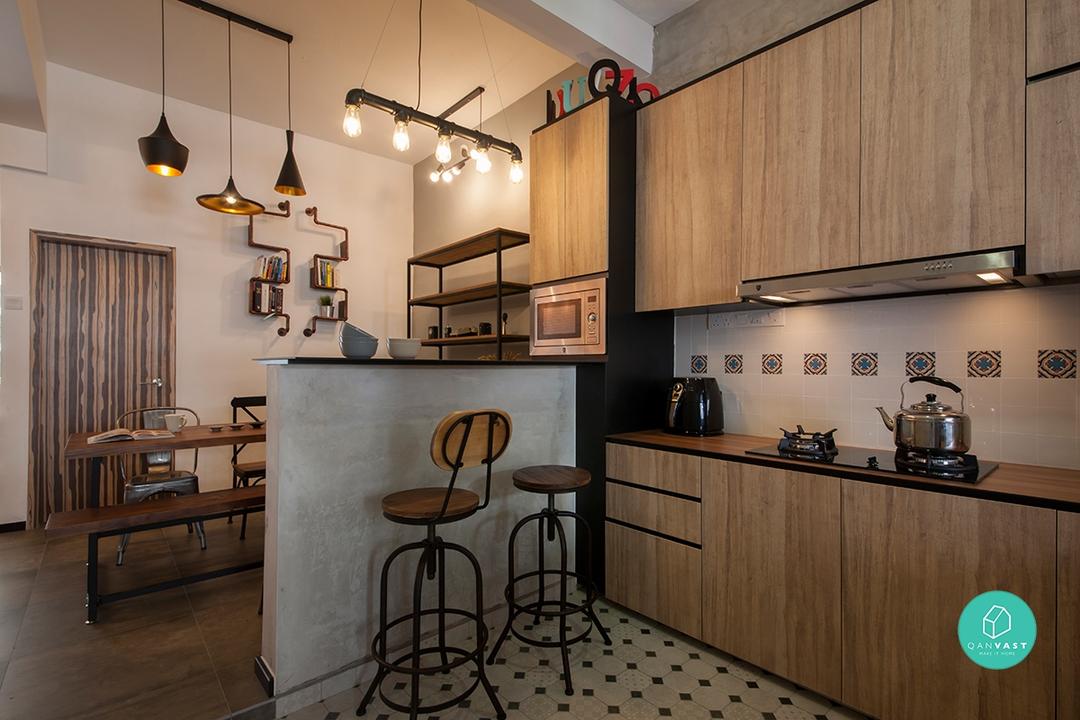 Qanvast: Could you share more about these points of conflict?

K: When buying furniture, I always checked with Jason whether a particular piece would complement the look of my home. For example, I asked him whether all the cabinets – from the living room to the bedroom – should be of a consistent style and he told me that it was good to have isolated pieces with a separate design. I showed him a few pieces which he advised against as he felt that they were too big and bulky. However, I felt that I needed these big cabinets to store my things and so I went ahead and bought them [laughs].

Another instance was regarding my idea of installing a barn door for the toilet. Jason didn’t really like it as he said that the barn door leaves a hole through which someone might peep [laughs]. I really wanted it though as it is something that is different from the norm so I decided to stick to my idea. 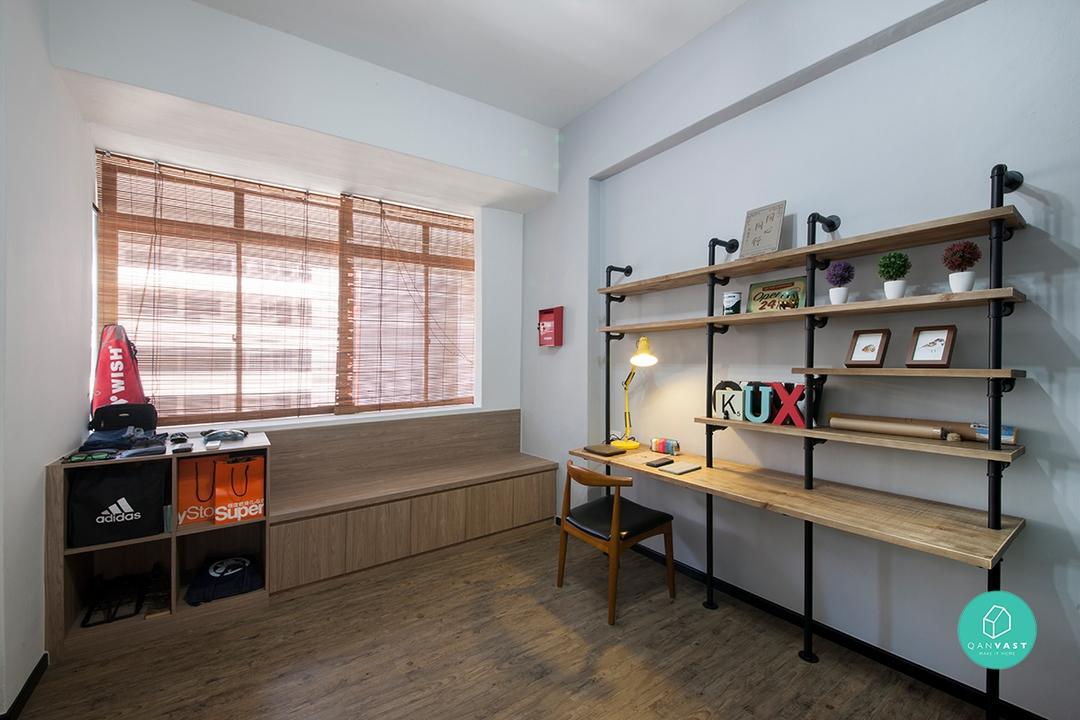 Qanvast: Are there any areas you feel Voila can improve on?

K: I feel that budgeting-wise, they cut it quite close. Originally, I had set a budget of $40,000 to $50,000. Jason told me it was achievable but there were quite a few add-ons along the way and we spent a fair amount on improving the look of the home so the budget increased. It was good that Jason kept me in the loop over any changes to the budget that was undertaken. 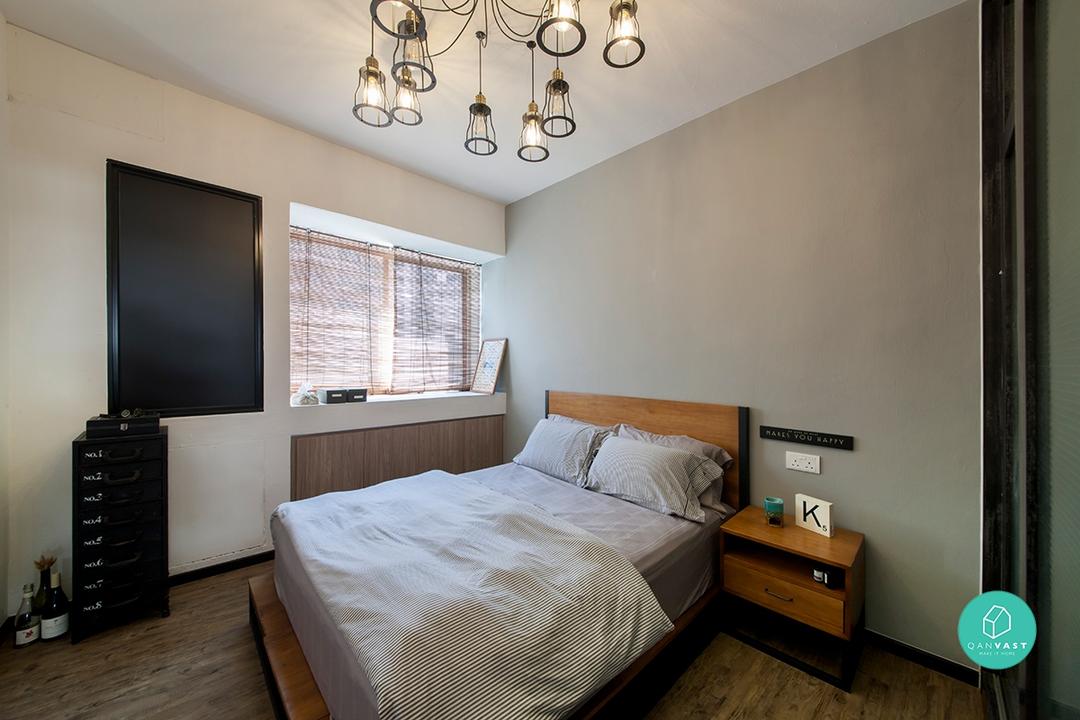 Qanvast: What advice would you give to first-time homeowners?

K: Don’t be overly ambitious. I was too ambitious when purchasing lights for my new home and my home ended up looking too bright. There were too many bulbs and I ended up not fixing up some of them. That was definitely a mistake on my part as Jason had told me that I need not buy so many lights but I still went ahead to buy them [laughs].

Homeowners should also be prepared for any adjustments to the original plan. As Jason’s original designs were based on the floor plan, there were some changes that needed to be made after the actual measurement of the home was taken. Nonetheless, everything turned out the way I wanted so I’m glad. 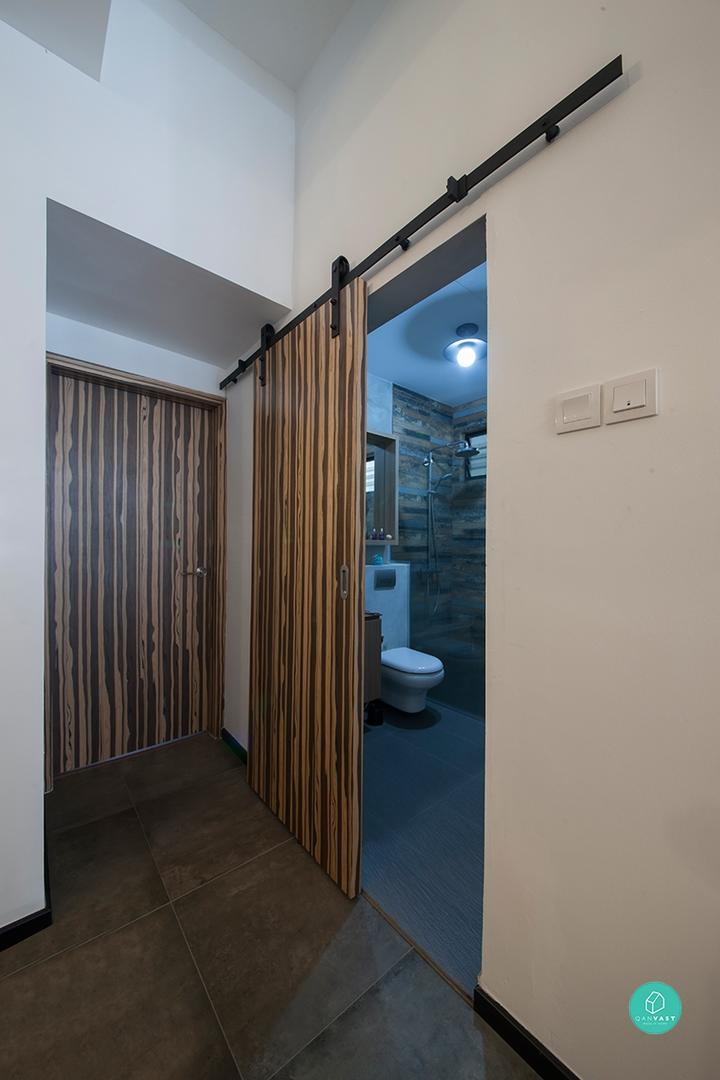 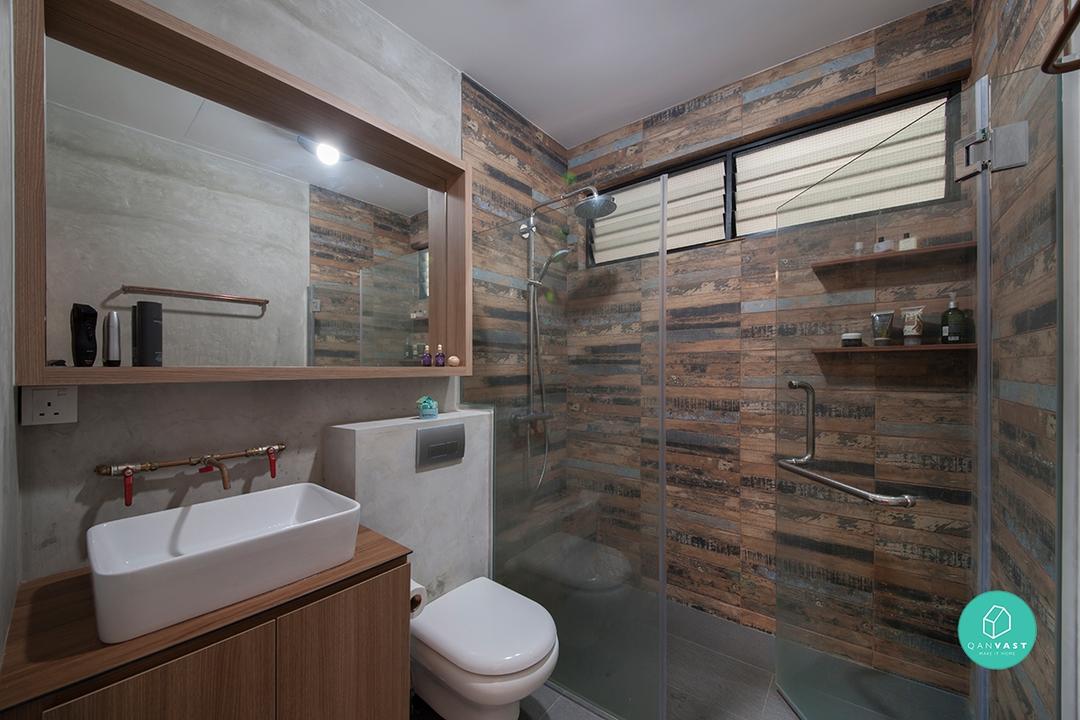 Get the free Qanvast app from the App Store or Google Play now to find out more interesting renovation journeys by other homeowners!

If you are excited to embark on your own renovation journey, don't hesitate any longer. Drop us a complimentary quote and we will match you with interior firms right away. Get going! 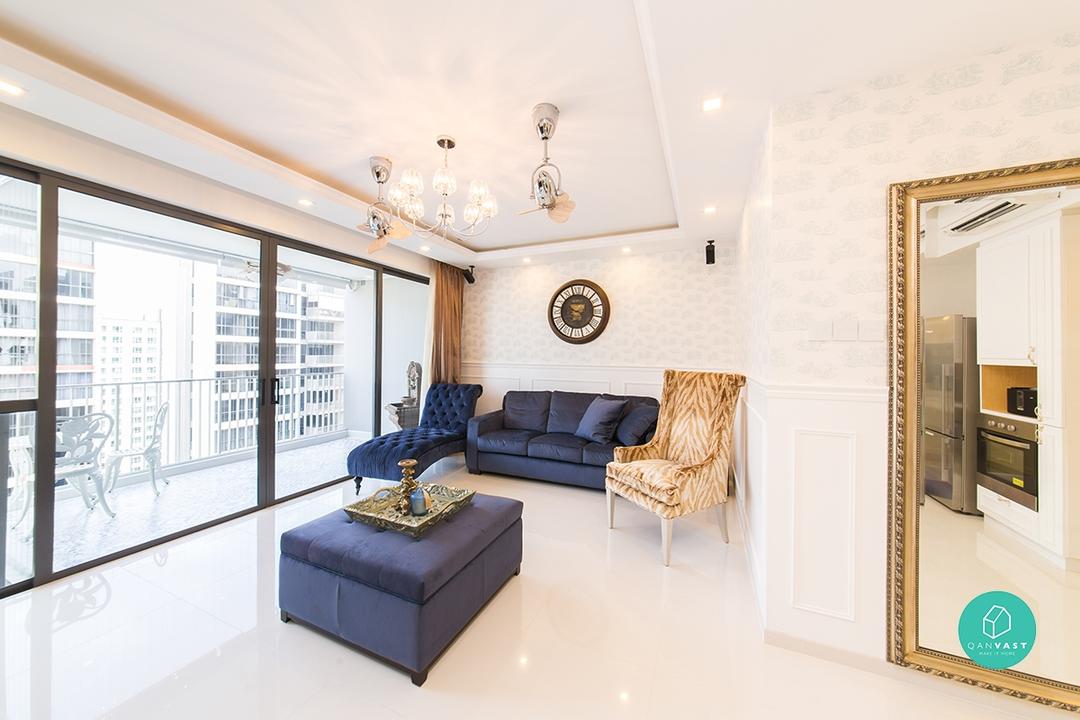 RENOVATION JOURNEY
Renovation Journey: The French Connection
The French country style emphasises on comfort, taste and style; but it’s not easy to pull off this look. Sharan shares her experience in getting the right interior designer and why one should enjoy the renovation process. 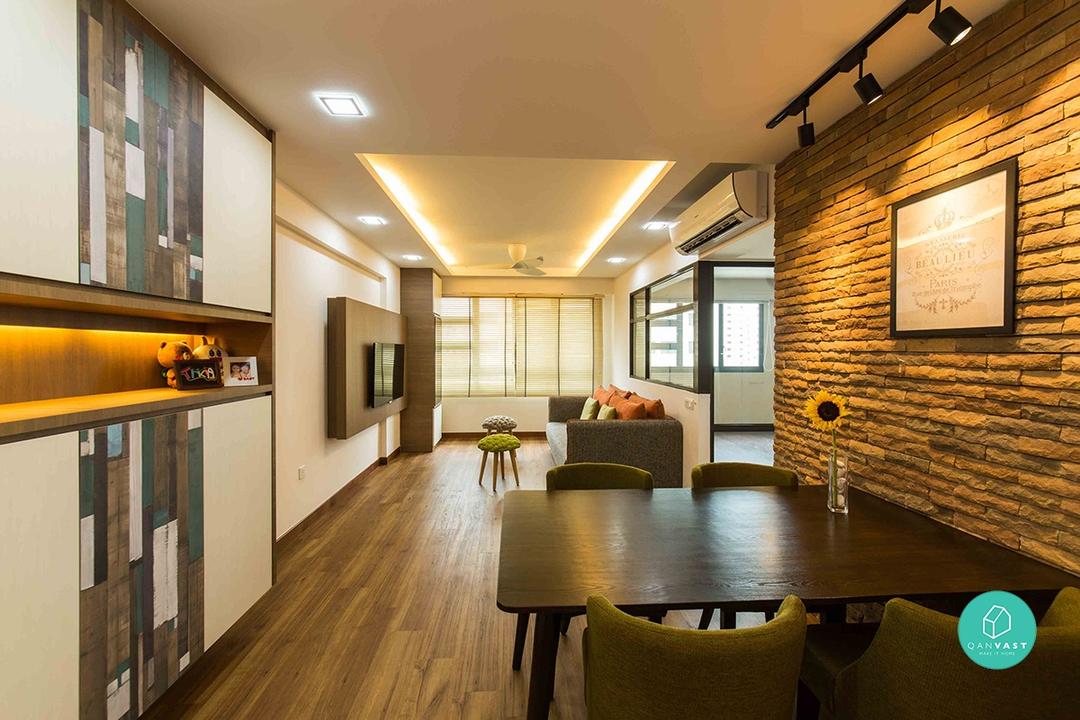 RENOVATION JOURNEY
Renovation Journey: The Dance Studio
So you think you can dance? Find out how Tricia converted a spare room into her very own professional Zumba studio, decked out in full length mirror. We also find out how the couple managed to reconcile their differences to building a loving home. 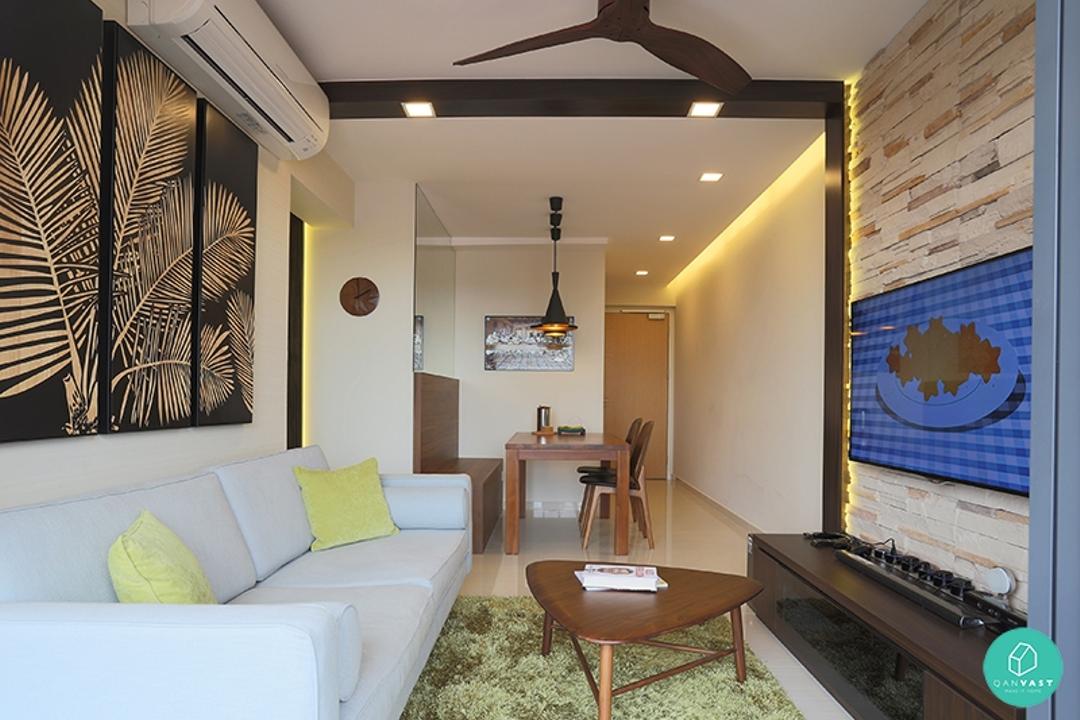 RENOVATION JOURNEY
Renovation Journey: A Seaside-Resort Inspired Home
You'll feel the urge to check-in once you the moment you are in this resort-styled home. From the wooden beams to the nature-inspired furnishings, this home exudes a soothing resort vibe, complementing the scenic view of the Bedok reservoir.
Preparing the next article…
Recommended for you