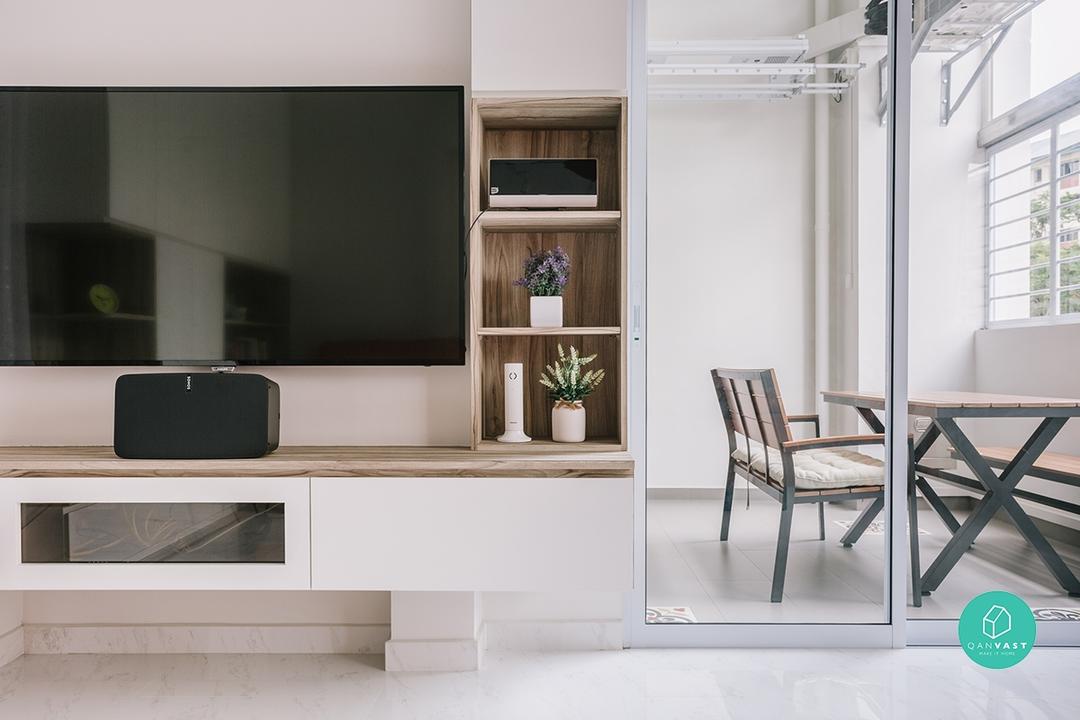 Although James and Jinu initially set out to find an interior designer who specialised in designing executive maisonettes, they were pleasantly surprised when they met Hwee Li from Liid Studio who impressed the couple with her meticulous designs.

We sat down with the couple for a chat and find out why they decided to enlist Hwee Li’s services even though she did not have any experience in designing executive maisonettes. 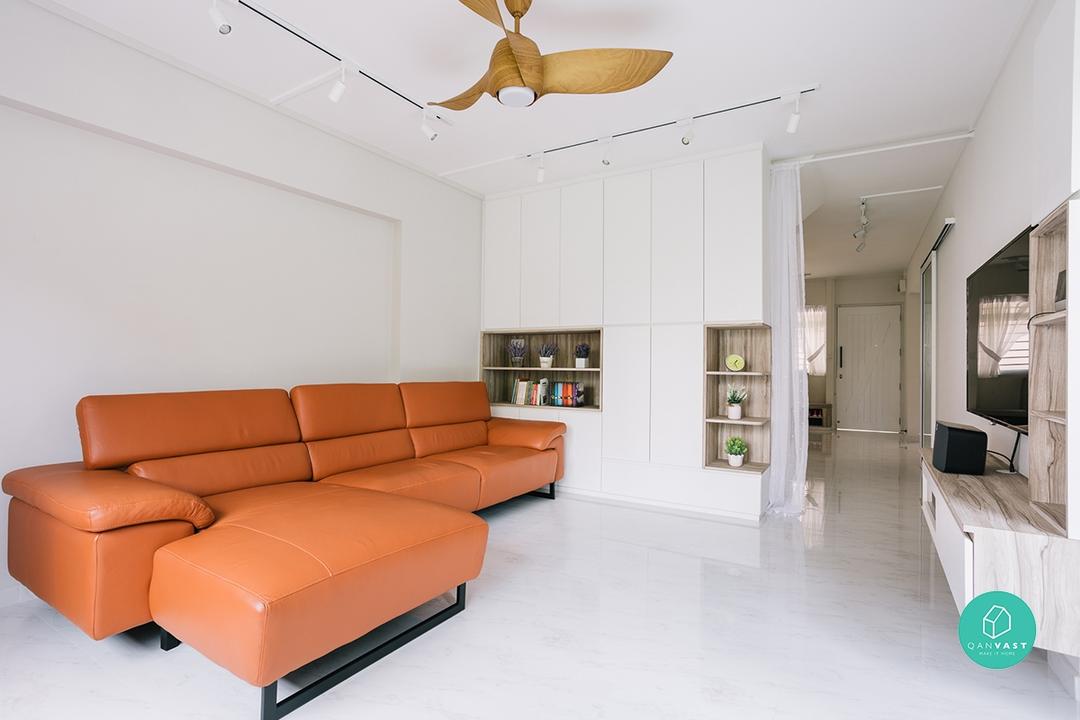 Qanvast: What was your philosophy when looking for an interior designer?

James (JA): We were looking primarily at interior designer firms who have experience in designing executive maisonettes as we felt that these firms would be better at taking the entire space into account when coming up with their designs.

Jinu (JI): On top of that, we wanted someone who was meticulous and detailed and whom we could rely upon to take care of the finer details of the renovation. In other words, we needed an interior designer who is good at project management. 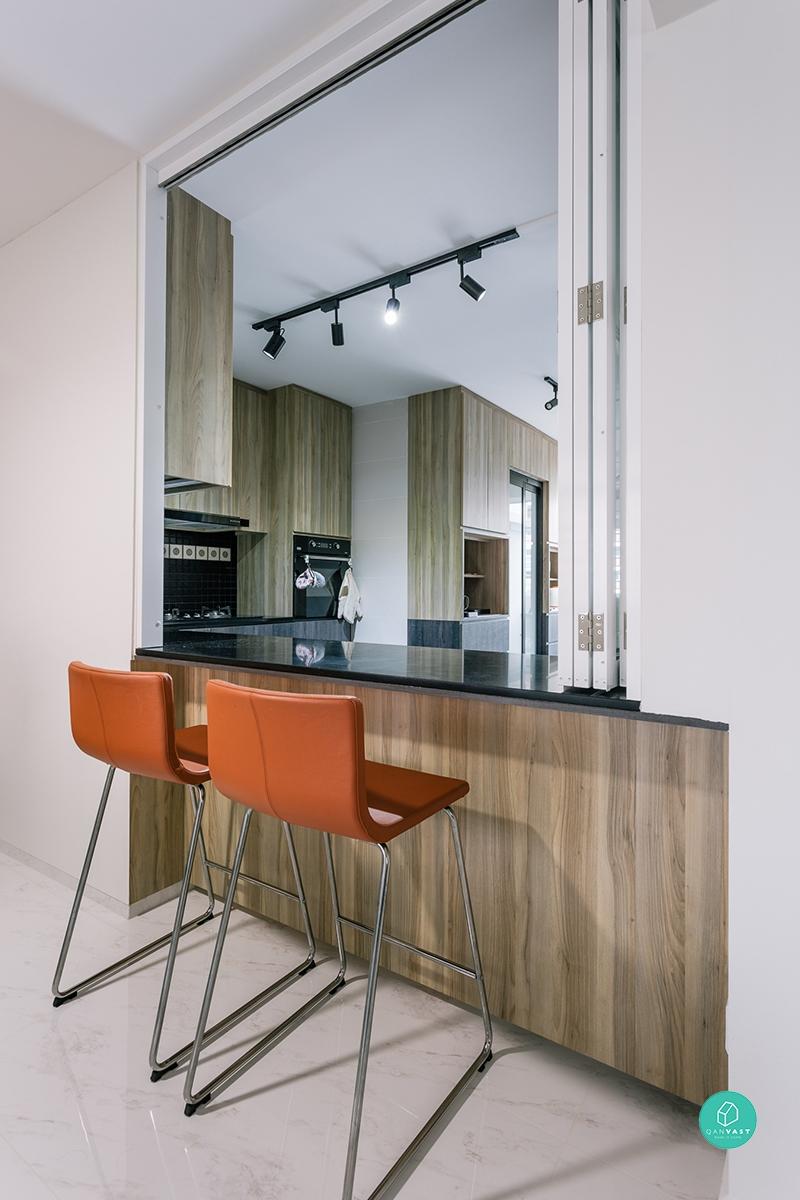 Qanvast: What made Hwee Li from Liid Studio stand out from the bunch?

JA: On the contrary, Hwee Li was very approachable. We had chemistry with her and we felt that she was someone whom we could work with. We also felt that she had a solid portfolio. Hence, even though our house would be her first executive maisonette project, we felt that we could trust her to get the job done. 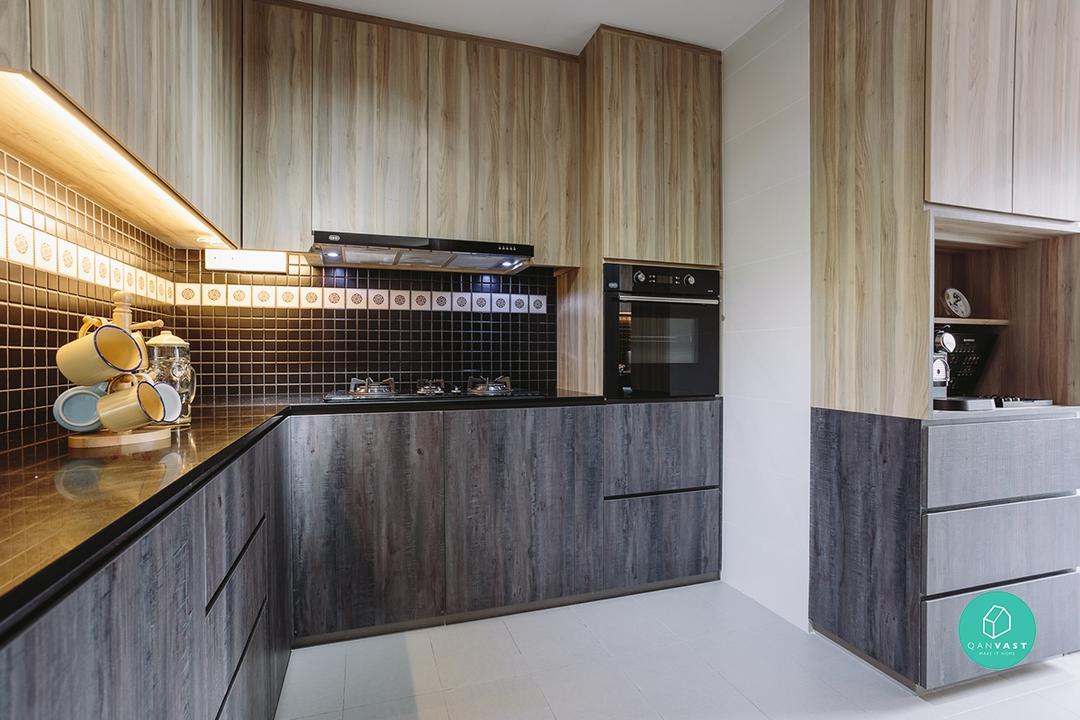 Qanvast: In what other ways did Hwee Li have an edge over her competition?

JA: Out of the six interior designers that we met, Hwee Li was one of the two designers who went through a checklist of sorts with us. She would ask us questions like “what do you want in your study room?” or “do you have any kids or pets?” so that she could come up with designs that fulfilled our requirements.

Another thing which made Hwee Li stand out from her competitors was how upfront she was with us about her quotation. Unlike the other designers who told us that they could lower their price to fit our budget, Hwee Li was frank and stated that her pricing would be generally higher because of the labour that she employs. 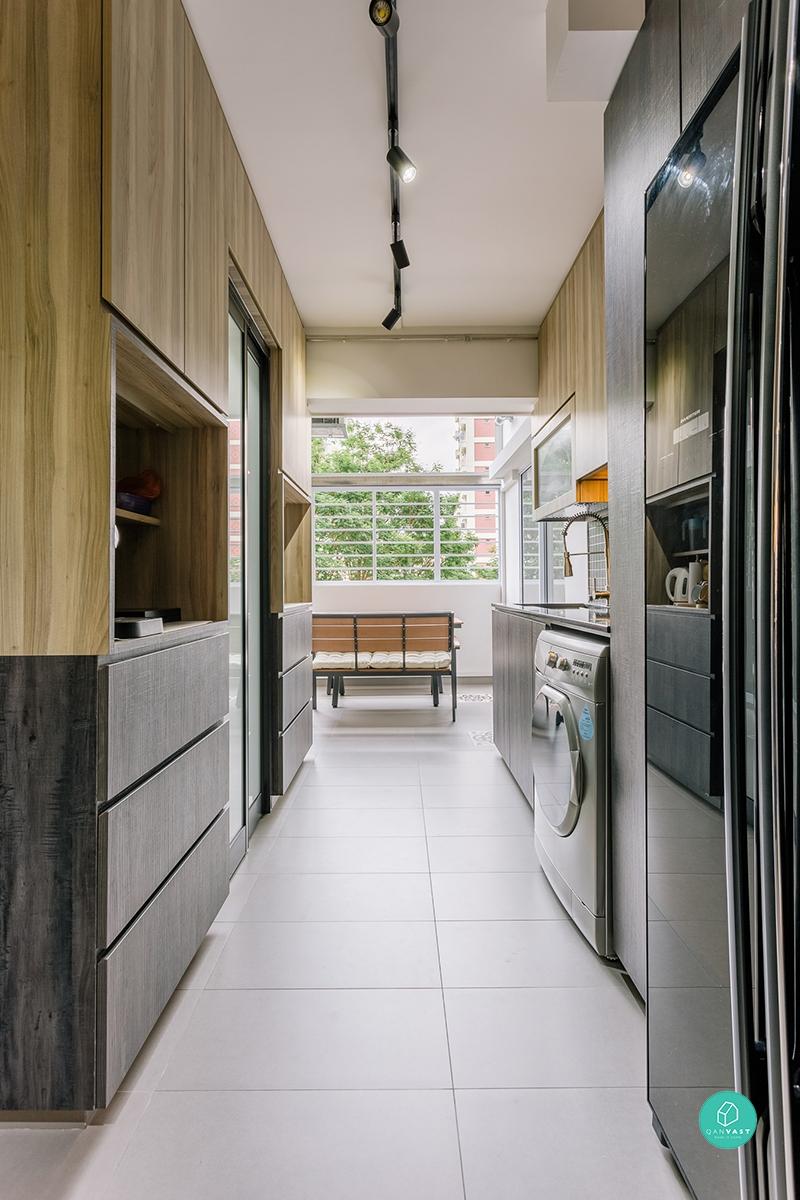 Qanvast: What was your design brief to Hwee Li?

JA: We told Hwee Li that we wanted a lot of storage space and particularly, for her to convert the area under the stairs into a storage area. Design-wise, we wanted warm colours around the home and for the space to be kid-friendly. We also told her that we wanted a touch of Scandinavian style mixed into the overall design.

Qanvast: Did Hwee Li perform well in her job as an interior designer?

JI: Yes, she did. Overall, we weren’t too antsy about the entire renovation as we could trust her to get the job done. Even after we moved in, she would still make the effort to follow up with us. 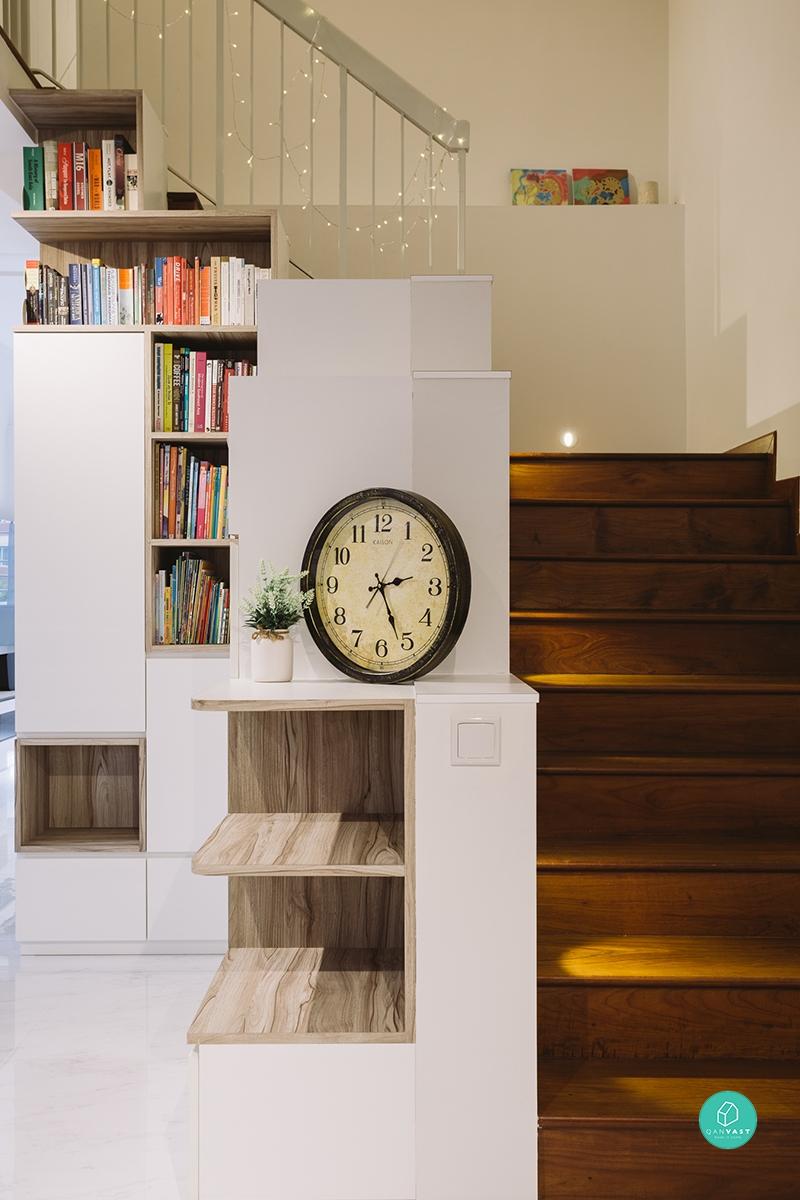 Qanvast: What were some designs which Hwee Li conceptualised for you?

JI: We wanted our dining area to be in the balcony and Hwee Li designed the space in such a way that we could also use the space as a study table. We also like that her design gives us the option of converting the space into a bedroom in future if need be.

Qanvast: What were some areas where you could see Hwee Li’s meticulousness?

JI: She made sure to ask the right questions so that she could come up with designs that fit our lifestyle. For example, she asked me if I prefer to sit down or stand up when doing my makeup so that she could design the height of the dressing table accordingly. 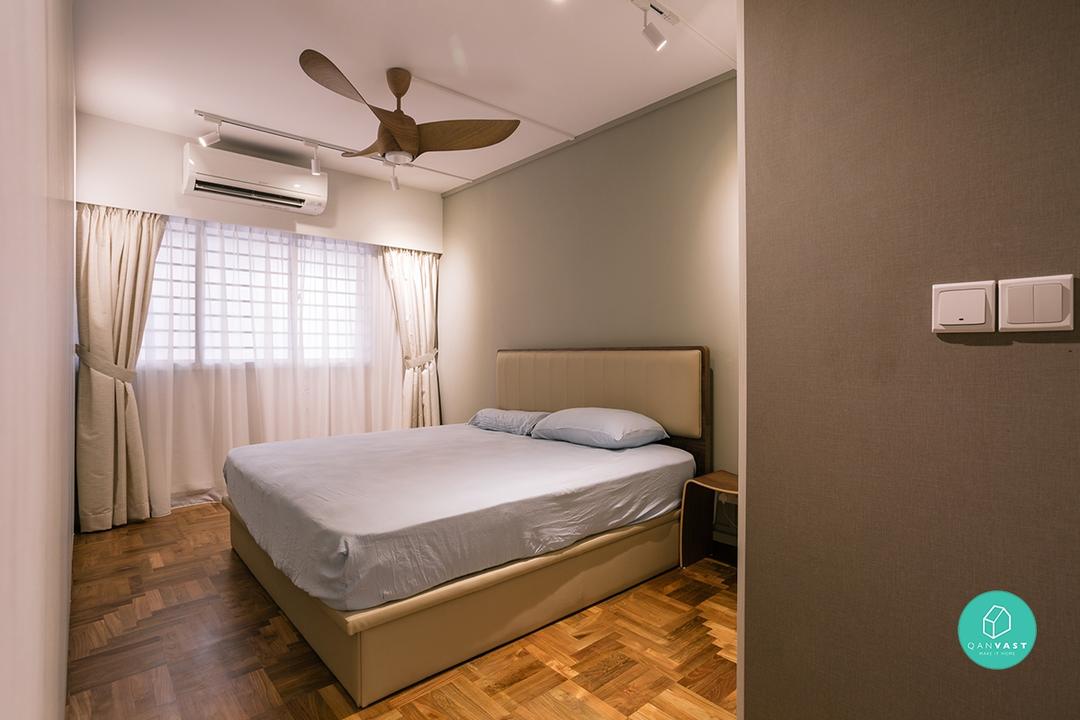 Qanvast: What do you think of the workmanship in your home?

JI: We were very satisfied with the carpentry. A couple of our friends who came over even thought that our flooring was made of marble but it’s not. Their workmanship was that good.

Hwee Li also ensured that all the edges of the carpentry were round so that it is kid-friendly. She really took care of all these minute details for us. 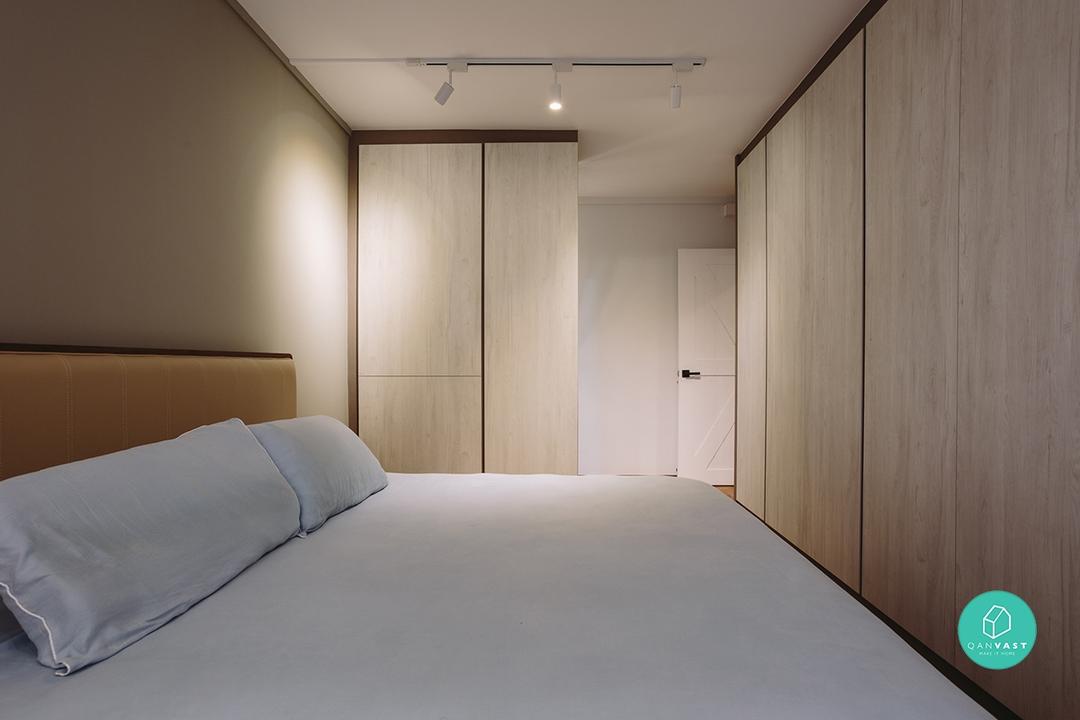 Qanvast: Are you happy with the design of your home?

JI: Yes, we are. After our renovation was complete, Hwee Li brought one of her potential clients to our house so that they could inspect her workmanship. That couple also bought an executive maisonette which comes with the same layout as our house and when they saw our home design, they could not believe that our home had the same original layout as their place. That’s how drastic the transformation was.

Qanvast: What is one piece of advice that you have for new homeowners who are going to renovate?

JA: Homeowners should enlist the services of an interior designer who they feel comfortable with. They shouldn’t filter based on price alone. 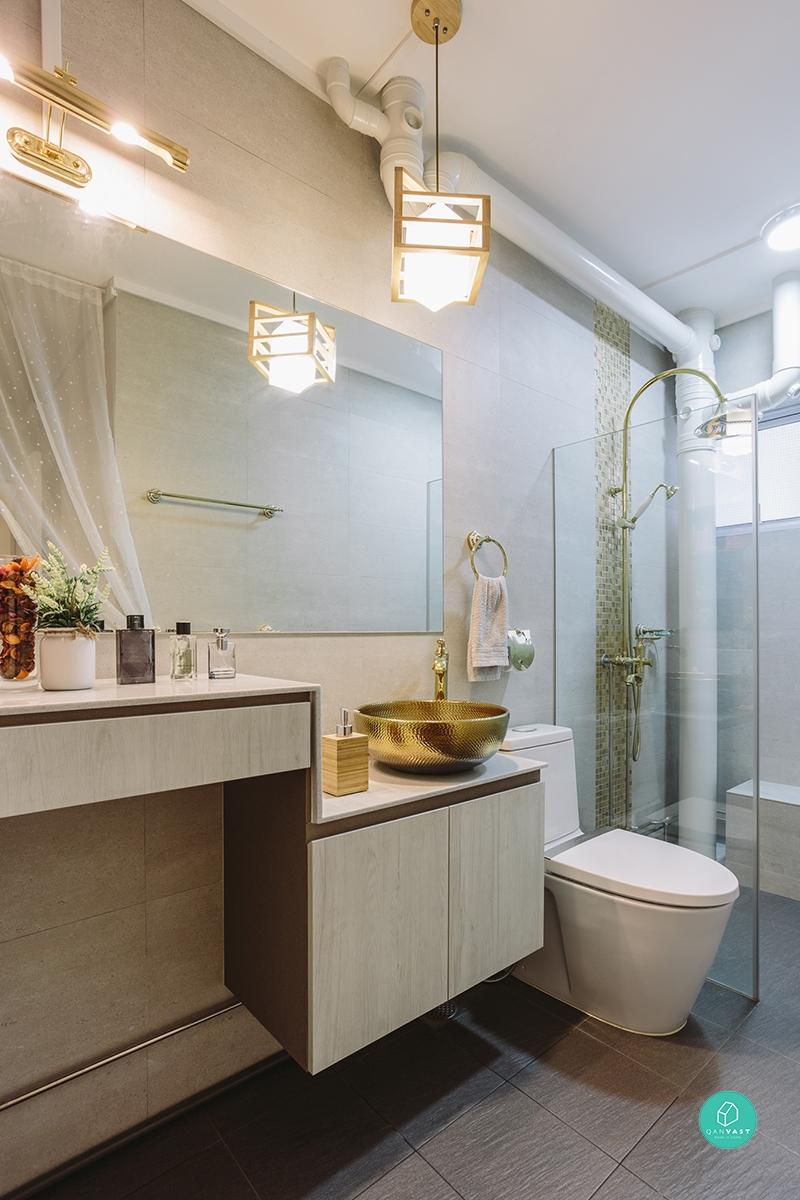 You Can Create A Home You Love Too!

Whether you're looking for a cosy or practical home, we can help - request for free quotes here and we can match you with 5 interior firms based on your budget and style. All recommendations made will be covered under the Qanvast Guarantee, up to $50,000.

Browse more homes and renovation tips on the Qanvast app! Download the free app from App Store or Google Play. 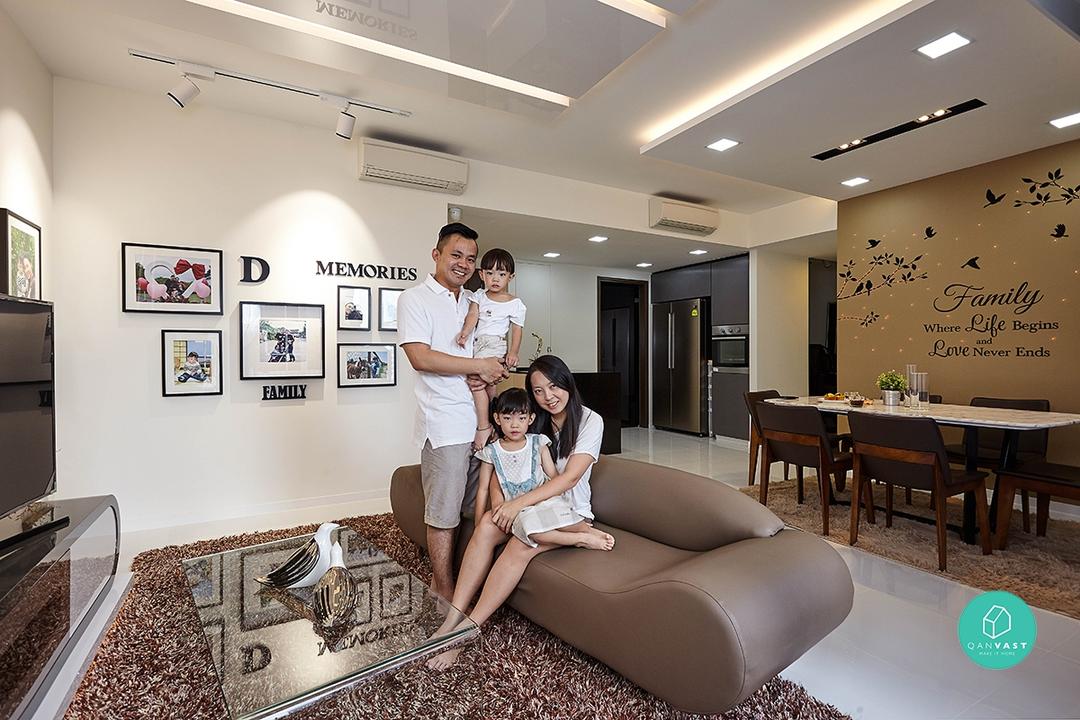 RENOVATION JOURNEY
Renovation Journey: Surprise At Every Turn
Meticulous homeowner David had specific ideas on his home design and he went on to push the designer out of her comfort zone with his set of challenging requirements. 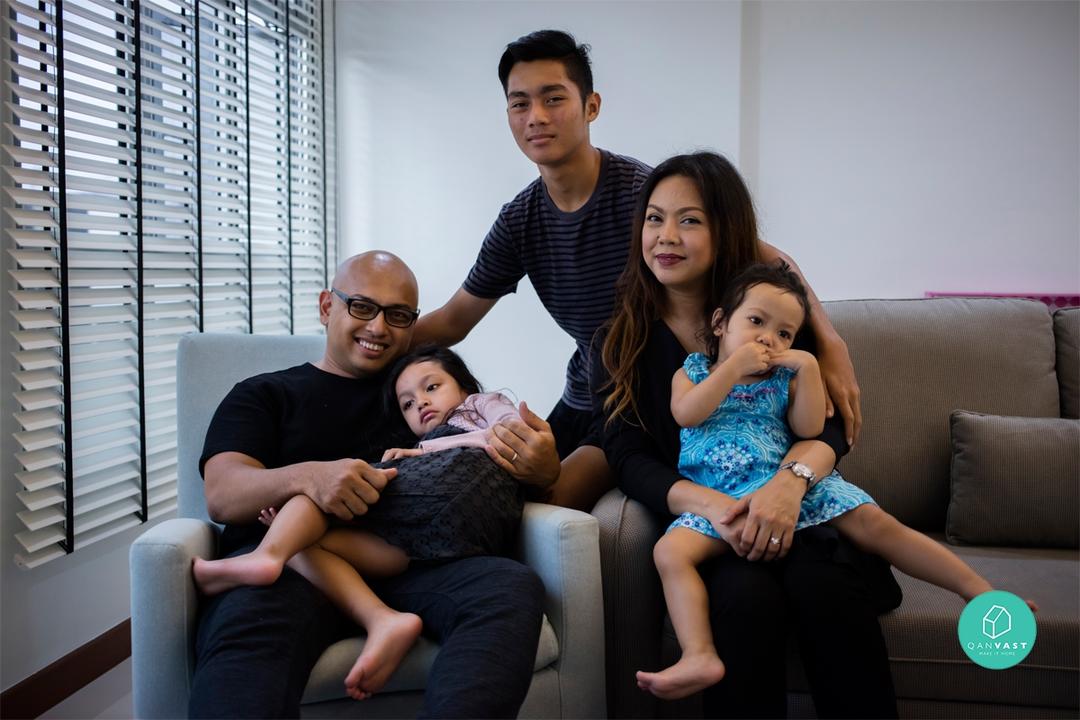 RENOVATION JOURNEY
Renovation Journey: Family Zen
A tranquil cove is doable - even if you have three playful kids running about! With the help of Belmont from Meter Square, Widya and Herman was able to create their showroom-worthy, minimalist home. 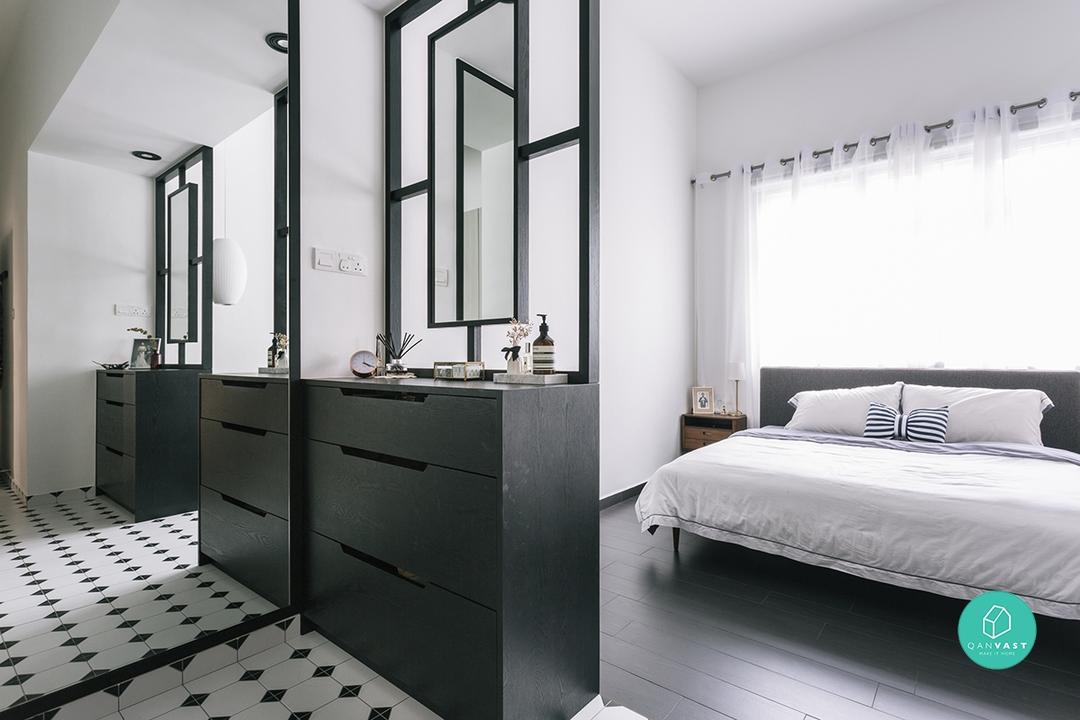 RENOVATION JOURNEY
Renovation Journey: Colonial Dreams
Done up by the creative minds at Habit, this contemporary take on the simple, clean-cut aesthetics of Kinfolk or Aesop - whatever it is, we are loving it!
Preparing the next article…
Recommended for you