"A modern family's take on the classic design of Scandinavian and Industrial themes. This home depicted the art of balancing between raw and warm finishes to create a family-friendly home." 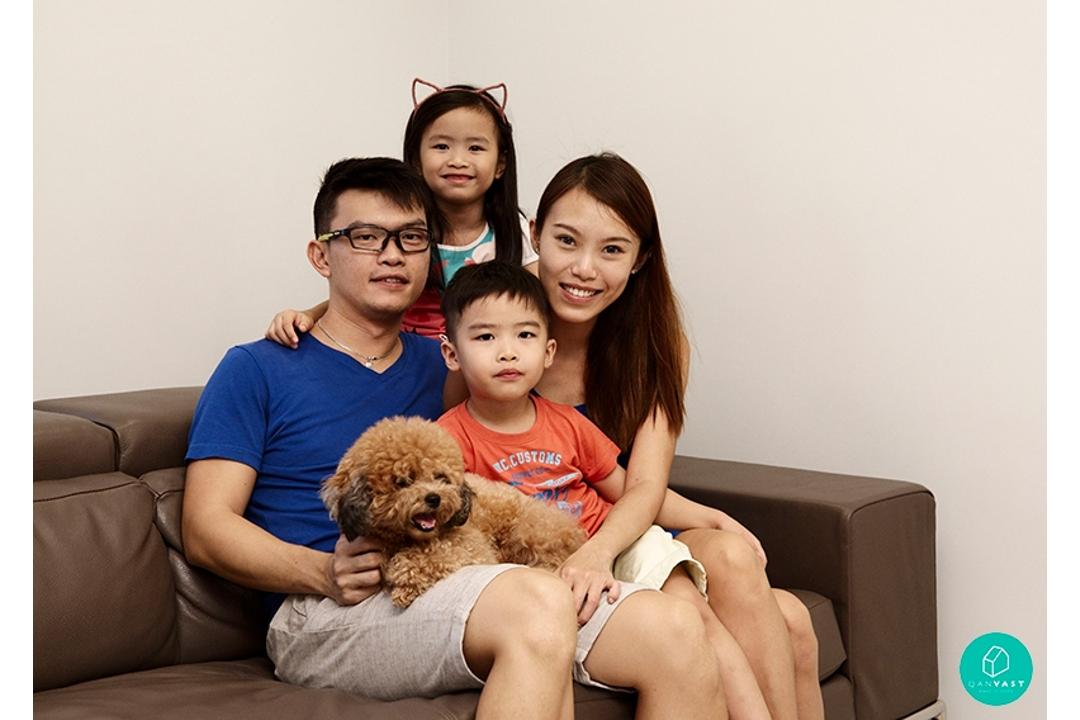 Fabian and Adeline are very smart homeowners who did ample research before they picked their interior designer. What they were rewarded with is a home that is comfortable and delightful for the whole family, without bursting the budget.

Even then, it was not all sunshine and roses. The lovely couple shared with us what they could have done better to save more time and money.

Join us on this interview, and take a leaf from their book for an easier renovation ride. 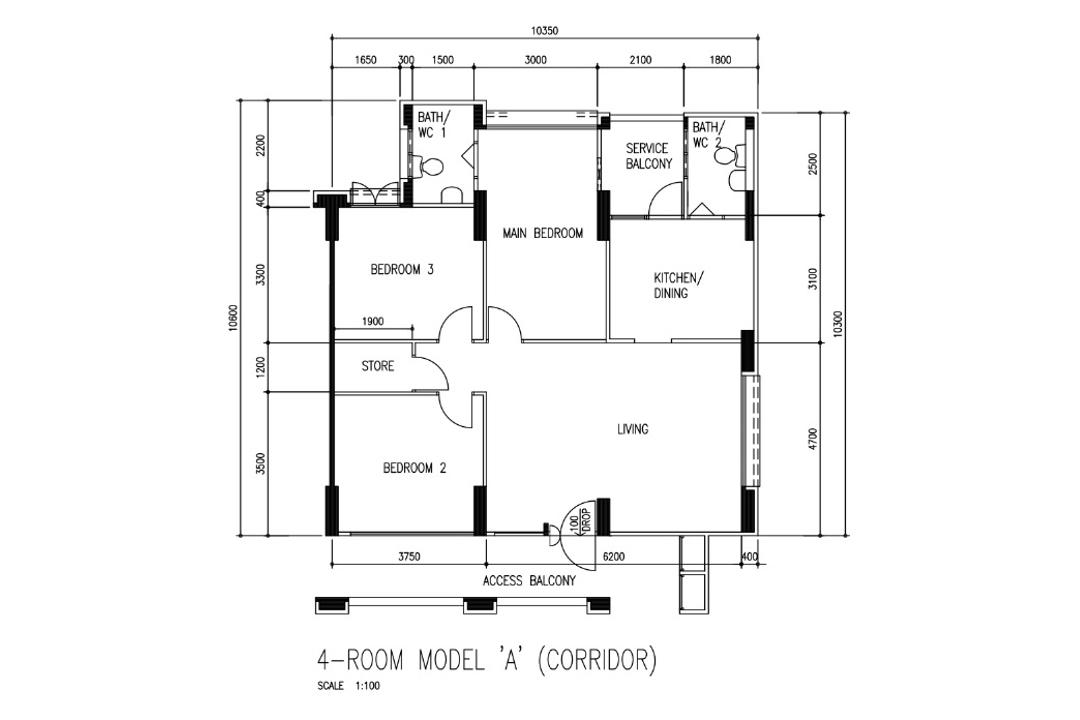 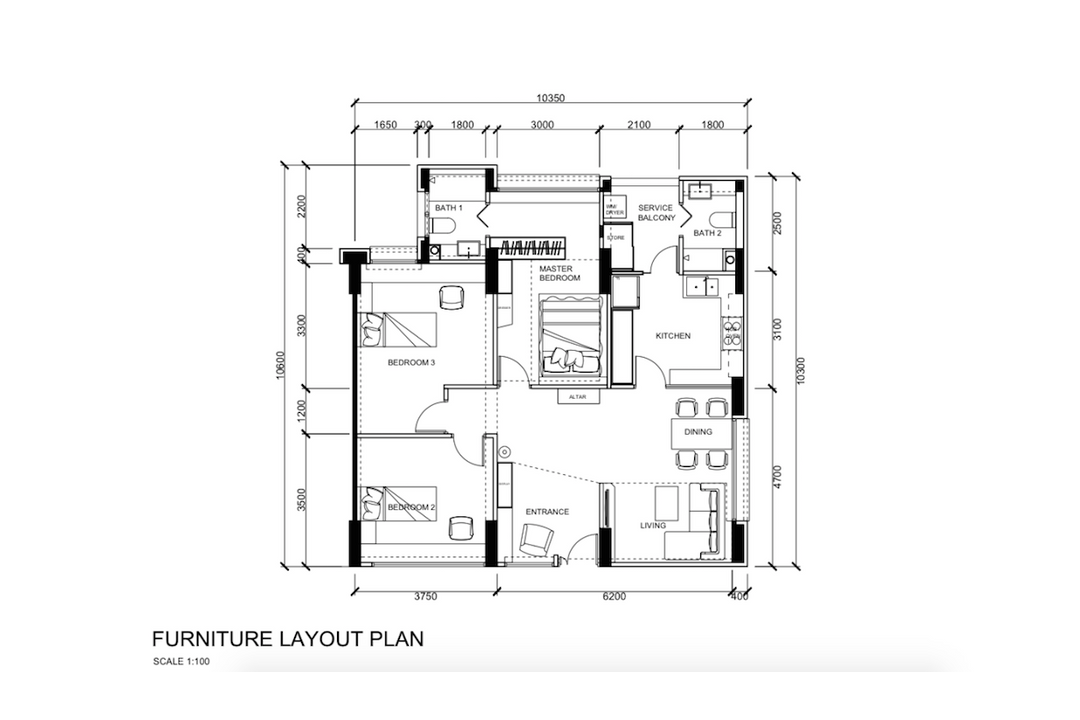 Qanvast: How did you decide on Metamorph?

Fabian (F): We compared prices and styles with four other interior designers that were not on Qanvast.

When we first met Metamorph, they gave us a quote and roughly drew out their plan for us. Usually, interior designers only provide the layout first, but Metamorph provided the 3D drawings too.

Another reason why we chose them was because we dealt with their boss, Kavin. We felt it was easier to speak and negotiate directly with him, whereas with other interior designers, it came across like they had a sales quota to meet.

Qanvast: Have you tried any platforms other than Qanvast?

F: Not really. We went to the Expo fair but the quotes we got were very expensive.

Adeline (A): It was because the fair offered mostly packages. On top of that, there were many hidden add-on costs.

F: The first thing that I looked out for was price. For example, within our budget of $60,000, we asked the firms what they could do. Based on our requirements, some of the interior designers at the fair quoted us $90,000.

F: We had recommendations from friends, but we felt that their design didn’t suit us. [laughs] 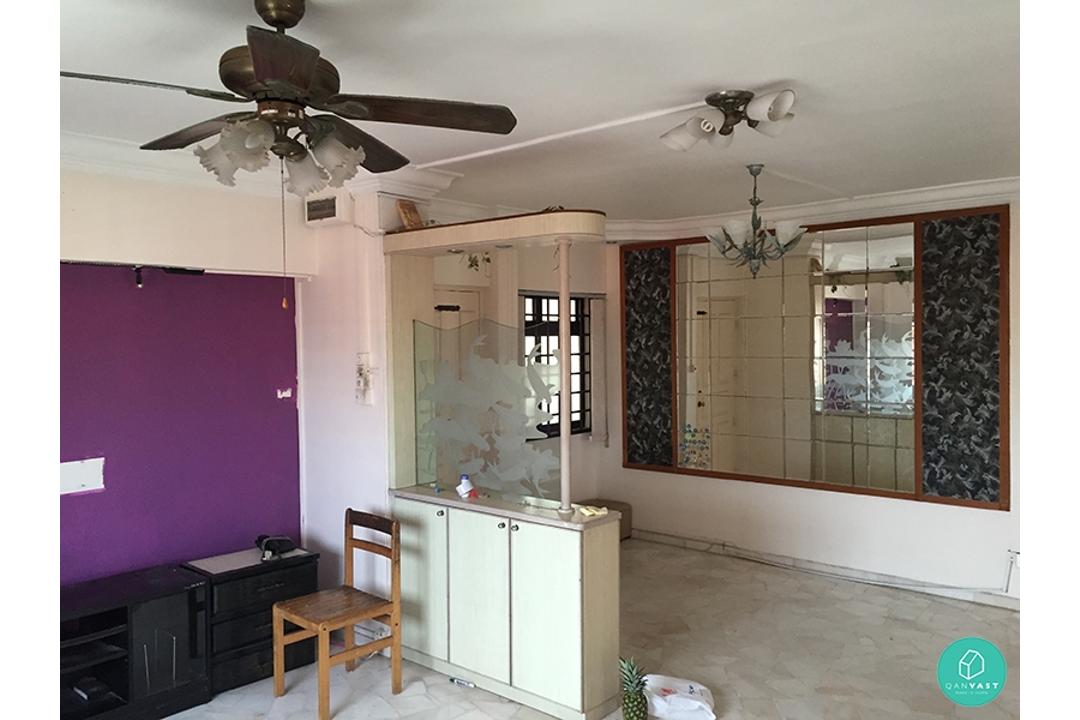 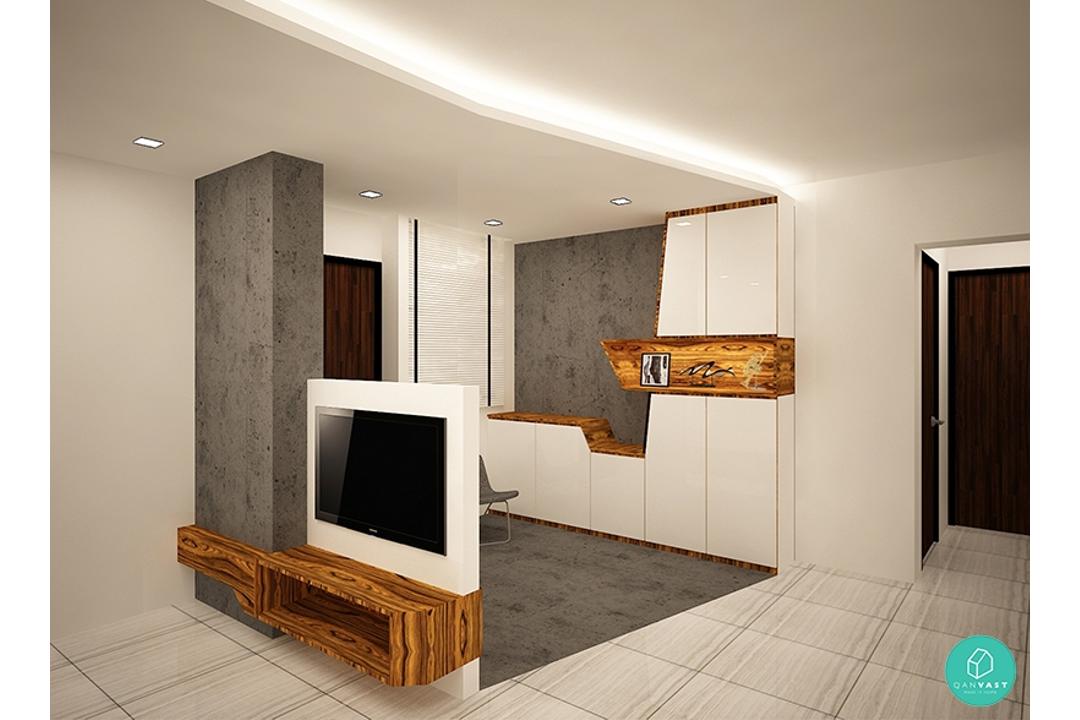 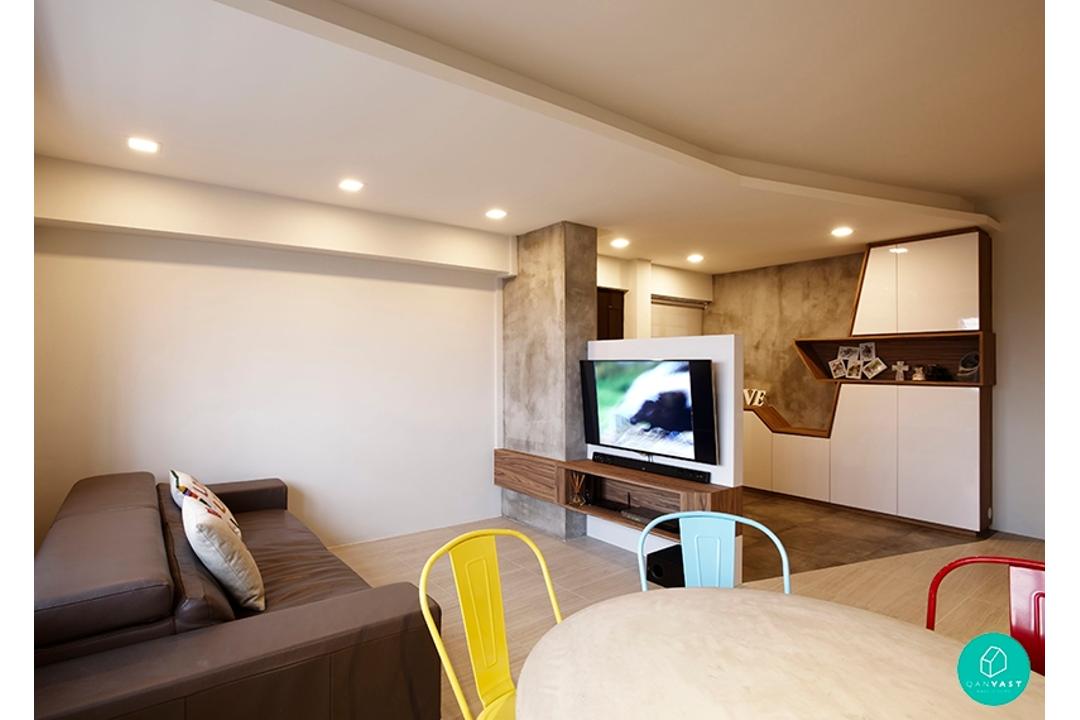 Qanvast: What did you like about the team from Metamorph?

F: Comfortable. We clicked with him and felt that he was sincere.

A: It is partly because he was quite young (in his 30s), so he was like a friend to us.

F: He wasn’t pushy too. We could feel that he was sincere because out of all the interior designers whom we spoke to, he was the only one who showed us the 3D drawings.

We are 90% happy with the work done. Of course, there were a few small areas, particularly in the planning stage, that could have been done better. The reason for this is that Kavin was more of the sales guy, whereas Jia Xuan was the designer that executed the work. While her design was good, she was quite inexperienced and sometimes wasn't sure what could be done.

Qanvast: Did you encounter difficulties during the renovation journey?

F: Definitely. For one, the coordination could be improved. There were times when one team finished earlier than planned but the time saved wasn’t used to start work on the next stage. To be fair, Metamorph did let us know beforehand that this was expected during the renovation process.

We also didn’t look at the quote carefully, and didn’t realise that Metamorph quoted us two different prices for some components in the kitchen. While they managed to keep to our overall budget, there were trade-offs to be made. For example, we got someone else to do the windows for us just to stay within the budget. 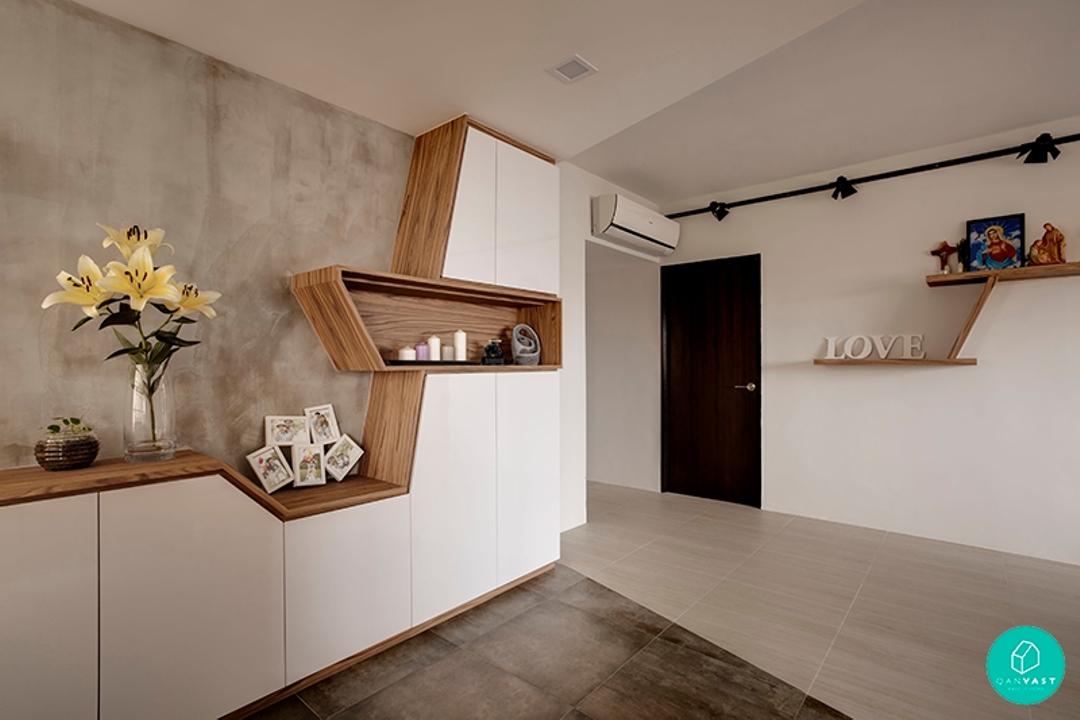 Qanvast: What was the look that you were going for?

F: Initially, we wanted our home to have an industrial look. However, Metamorph suggested a mishmash theme to make the place stand out.

We really like the cement wall, geometric cabinet and foyer that were proposed by them.

Qanvast: We heard that your house has feng shui integrated in it. Tell us more.

F: When we met up with Metamorph, we didn’t tell them about our feng shui requirements. After Metamorph came up with the design, but we had to make changes to it because of the additional feng shui considerations.

For instance, we had to hack away the storeroom and change the position of one of the bedroom doors. The dining area couldn't be located facing the door, so we had to rearrange the space planning of the living and dining room.

Qanvast: Besides feng shui, you also had childproofing to take care of. What did that involve?

F: We told Metamorph no sharp edges, and for the flooring, we chose tiles over laminates, as they are easier to clean – great for accidental spills. 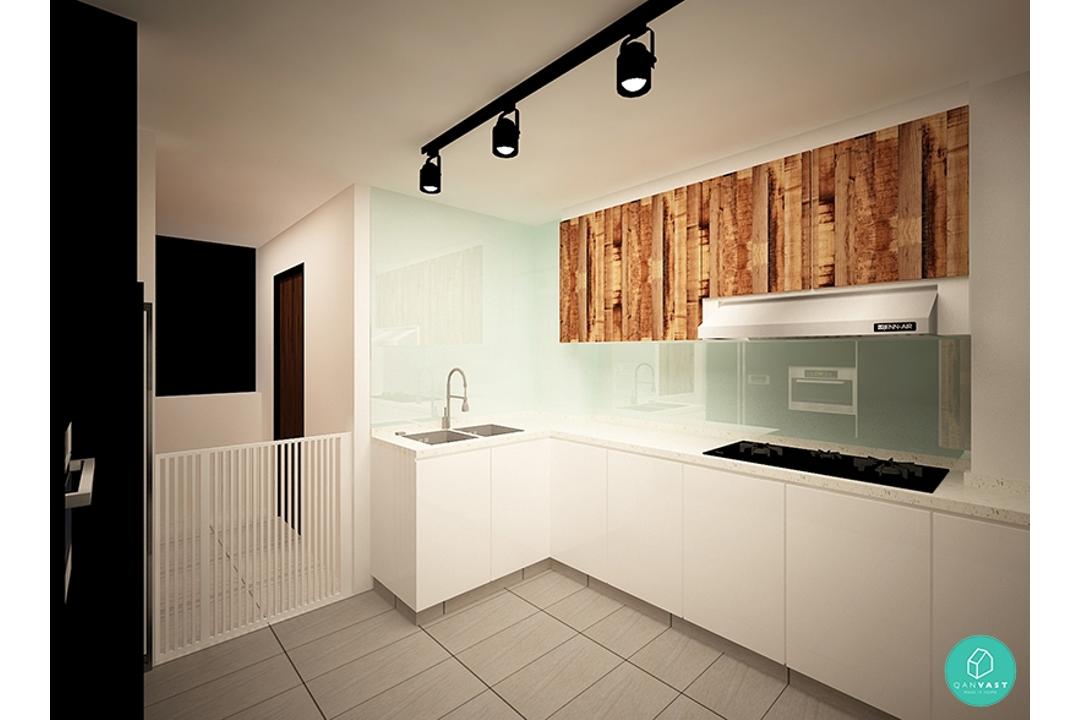 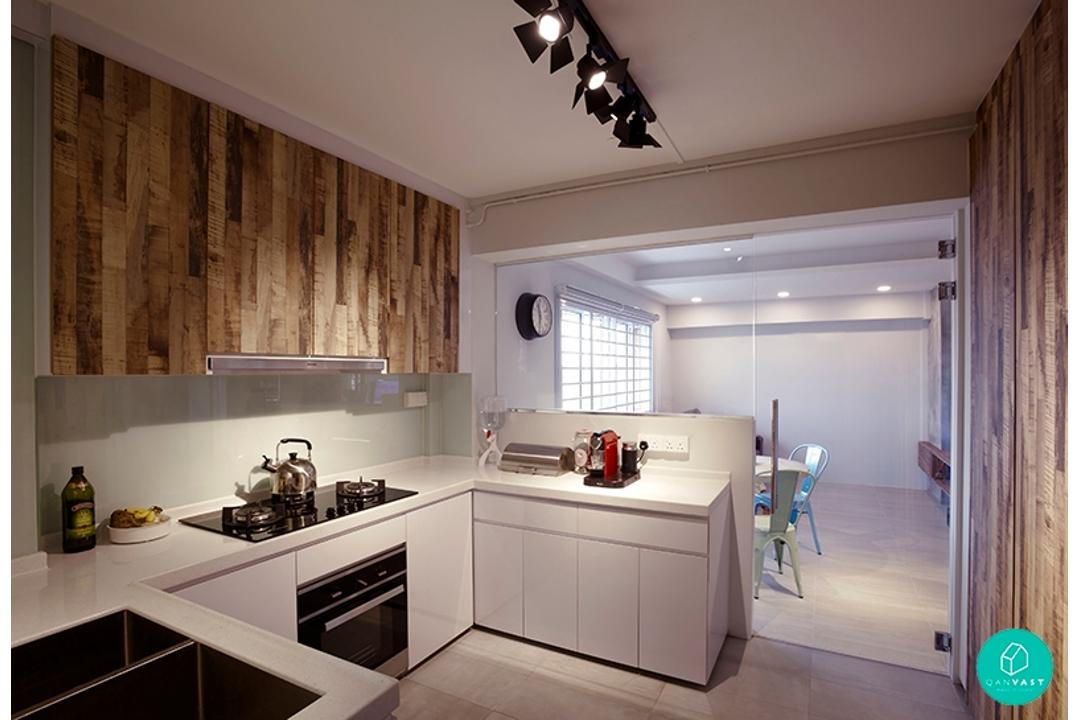 Qanvast: What is your advice for couples designing their house together?

A: Give and take!

F: The one who is paying gets to decide. [laughs]

A: Actually, we didn’t have many conflicts or disagreements.

F: We were surprisingly on the same page in terms of what we wanted, even though I was going for a more daring look, while Adeline prefers white and clean lines.

A: I just find that is wasn't very practical to be taking so much risk.

Qanvast: How about advice for homeowners in general?

F: The initial planning is the most important stage. Changing the design along the way will waste time and money.

A: You have to know what you want. Don’t be too influenced by what others say. For example, the older generation may say the colour palette is too dark. But if you know that that’s what you want, just go for it.

Also, it is important not to follow trends. Fabian wanted more concrete walls, but I felt that white walls are more classic and evergreen. 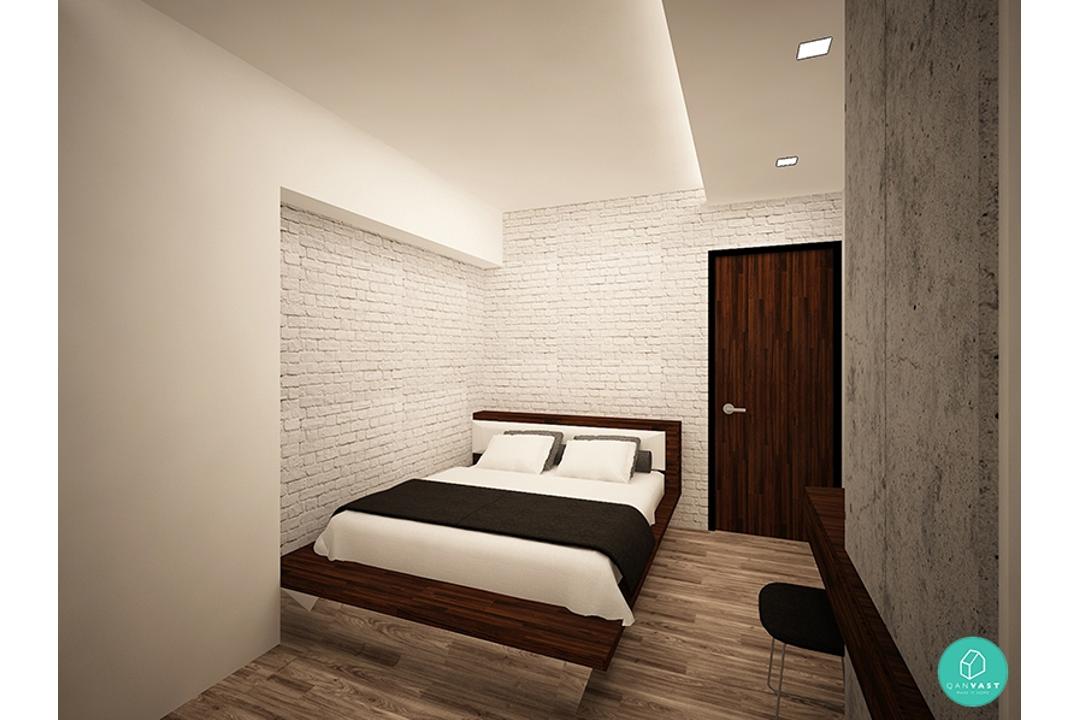 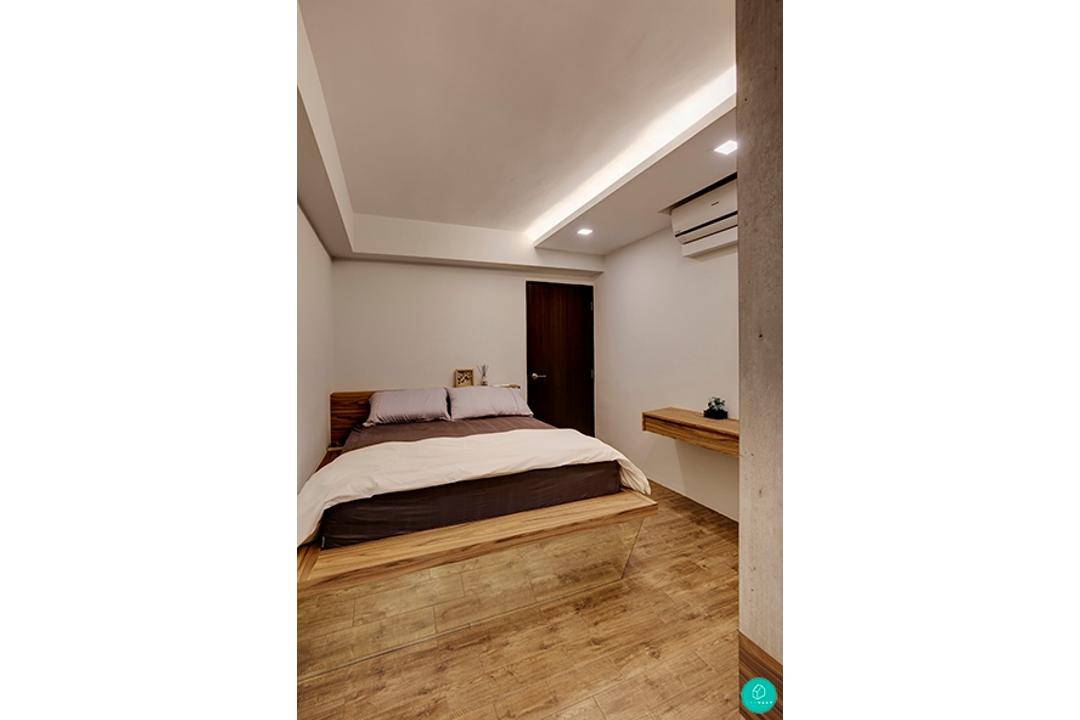 (Actual Photo)See more of Metamorph's projects and homeowners' reviews on the Qanvast app.