Is the air you are breathing killing you?

Well, according to the World Health Organisation, the answer is yes. Household air pollution is indeed responsible for a slew of noncommunicable diseases like stroke, heart disease, and of course, lung cancer. 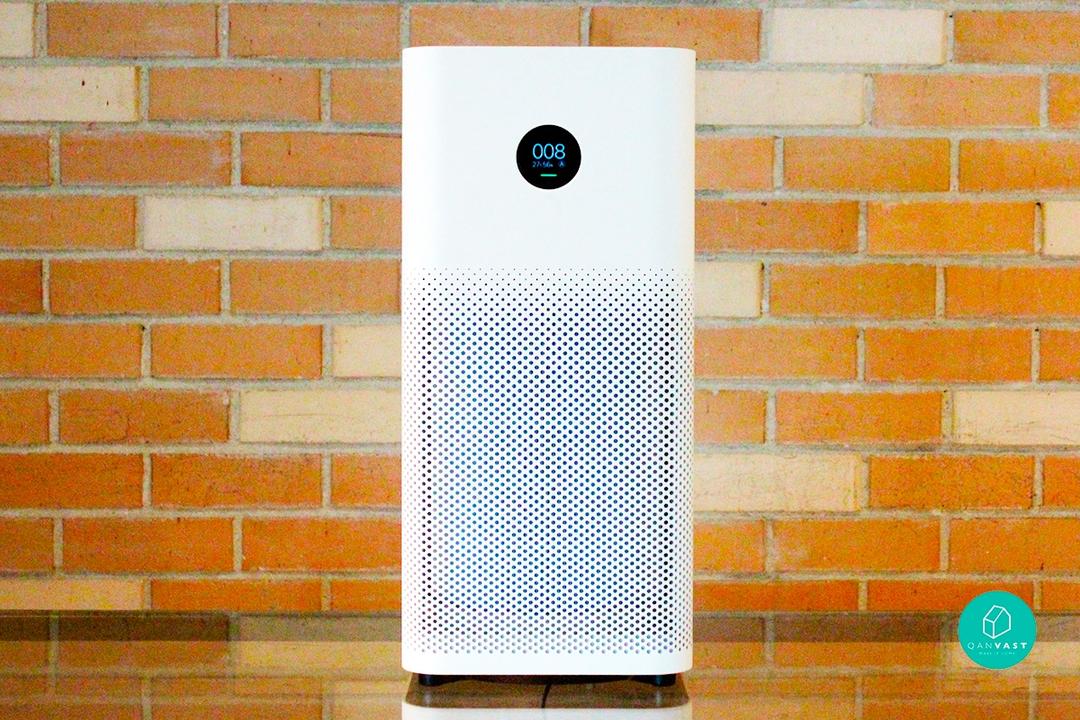 That said, it’s possible to guard against airborne contaminants (or at least, assuage our fears), which is why we decided to test out the Xiaomi Air Purifier 2S as our first line of defence.

Aside from being 40% smaller than the original (more space saved, yay!), this successor to the Mi Air Purifier 2 has been touted to have a high air intake rate, which lets it ‘clean air in a space of up to 21 sqm’ in a matter of 10 minutes.

But is that enough to make the 2S a worthwhile purchase? We took a closer look to find out. 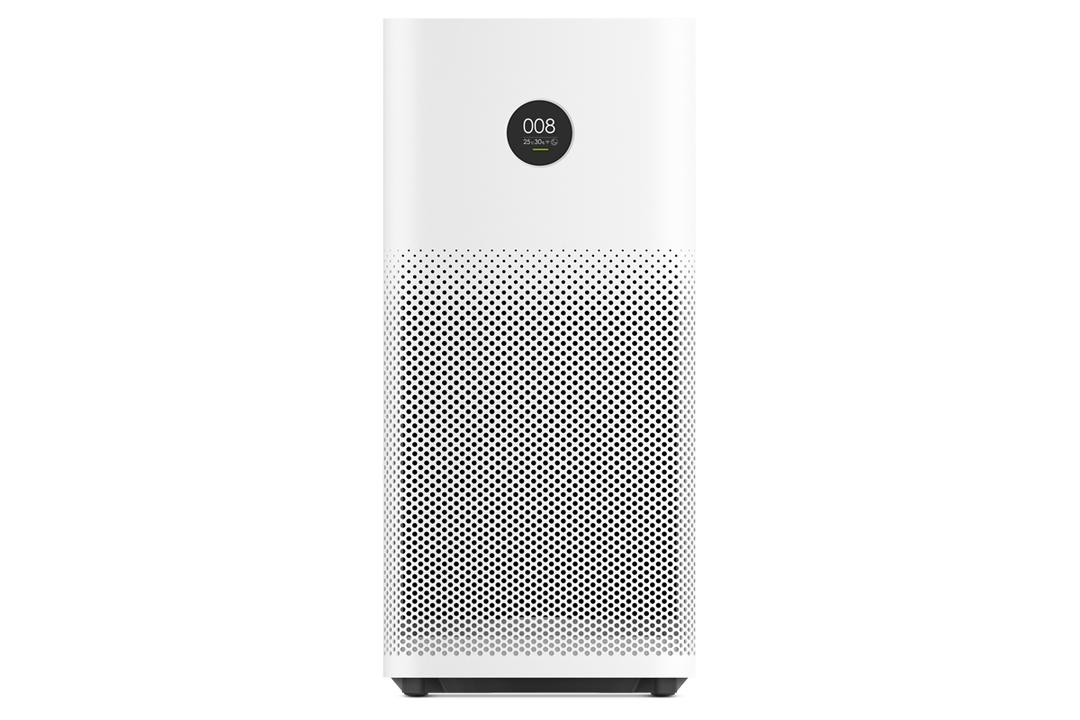 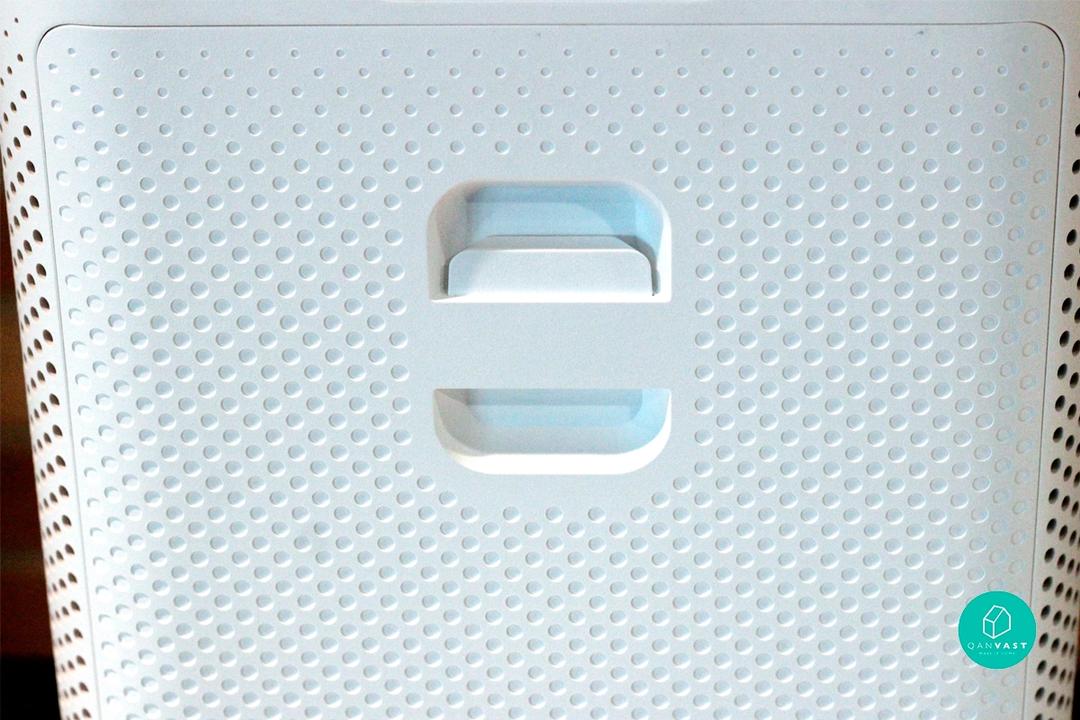 The Xiaomi Air Purifier 2S comes in an minimalist white tower casing that measures 24 x 52 cm (width x height), making it comparable in size to a regular stool. There is also a push-down panel on the back that makes it easy to access the 2S’s replaceable filter.

The device is surprisingly light as well, coming in at a manageable weight of 4.8kg even with the replaceable filter installed; this was something that we greatly appreciated as it allowed us to move the 2S around the office easily. 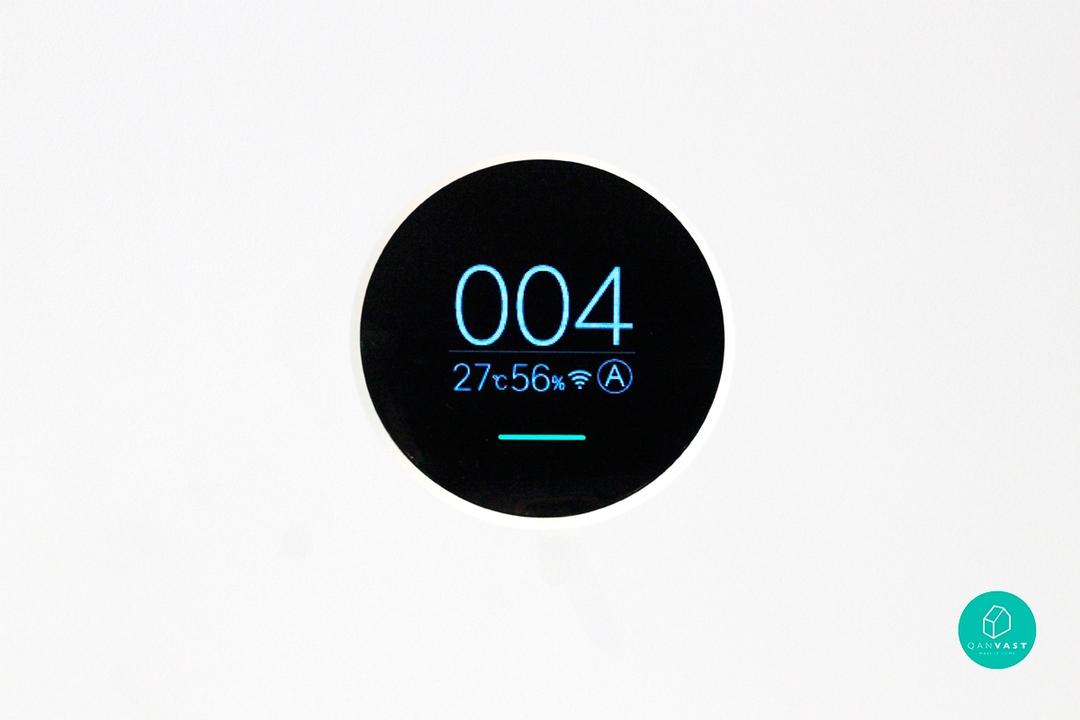 Another key feature of the 2S is the circular OLED screen built into the front, which lets users know what the surrounding air quality is like by displaying a PM2.5 reading (i.e. The concentration of fine particulate matter smaller than 2.5 micrometres in the surroundings).

The information displayed on the OLED screen also includes room temperature, humidity, Wi-Fi connection as well as the current operation mode (more on that below).

While this may seem par for the course, you may be surprised to know that most purifier displays only show a PM2.5 estimate, which of course, makes them less informative than the 2S’s. 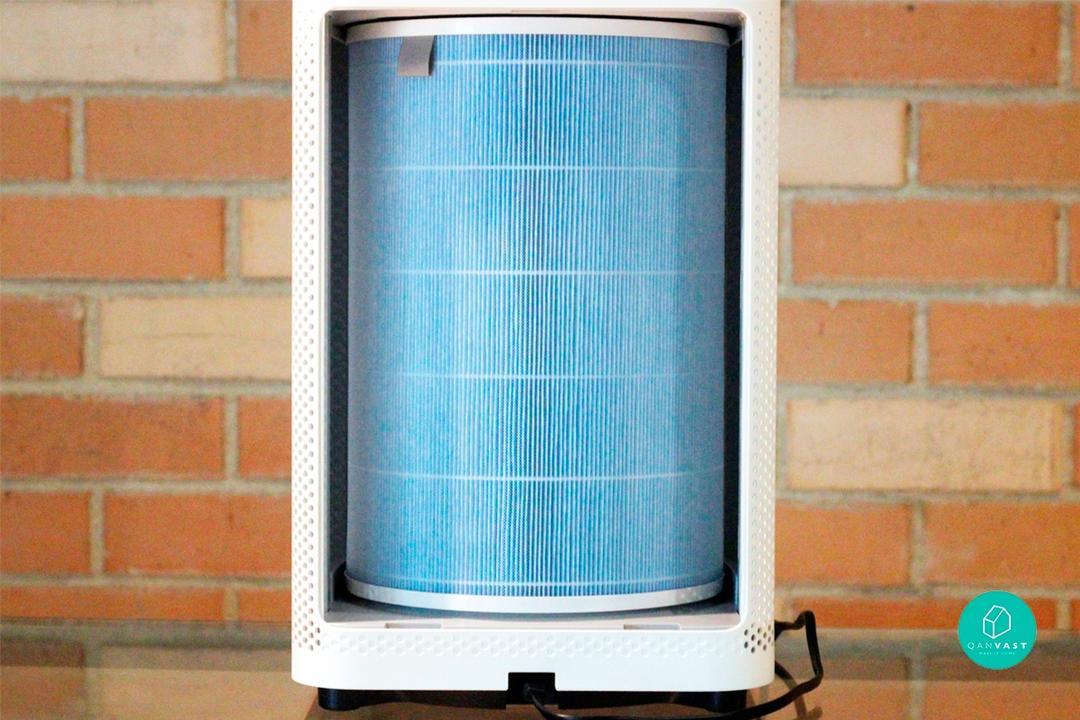 Although the Xiaomi 2S comes packaged with a default triple-layer filter (blue), there is also a green (which gets rid of formaldehyde, a common indoor air pollutant that triggers allergies and asthma in children) as well as a purple (anti-bacterial) version that are sold separately.

That said, the default blue version works just fine for day-to-day use. Designed for maximum intake of airborne pollutants in mind, the default filter is comprised of three layers: a primary layer, a EPA filter layer and an activated carbon layer, which allow it to trap dust, plant fibres, hairs, and more. 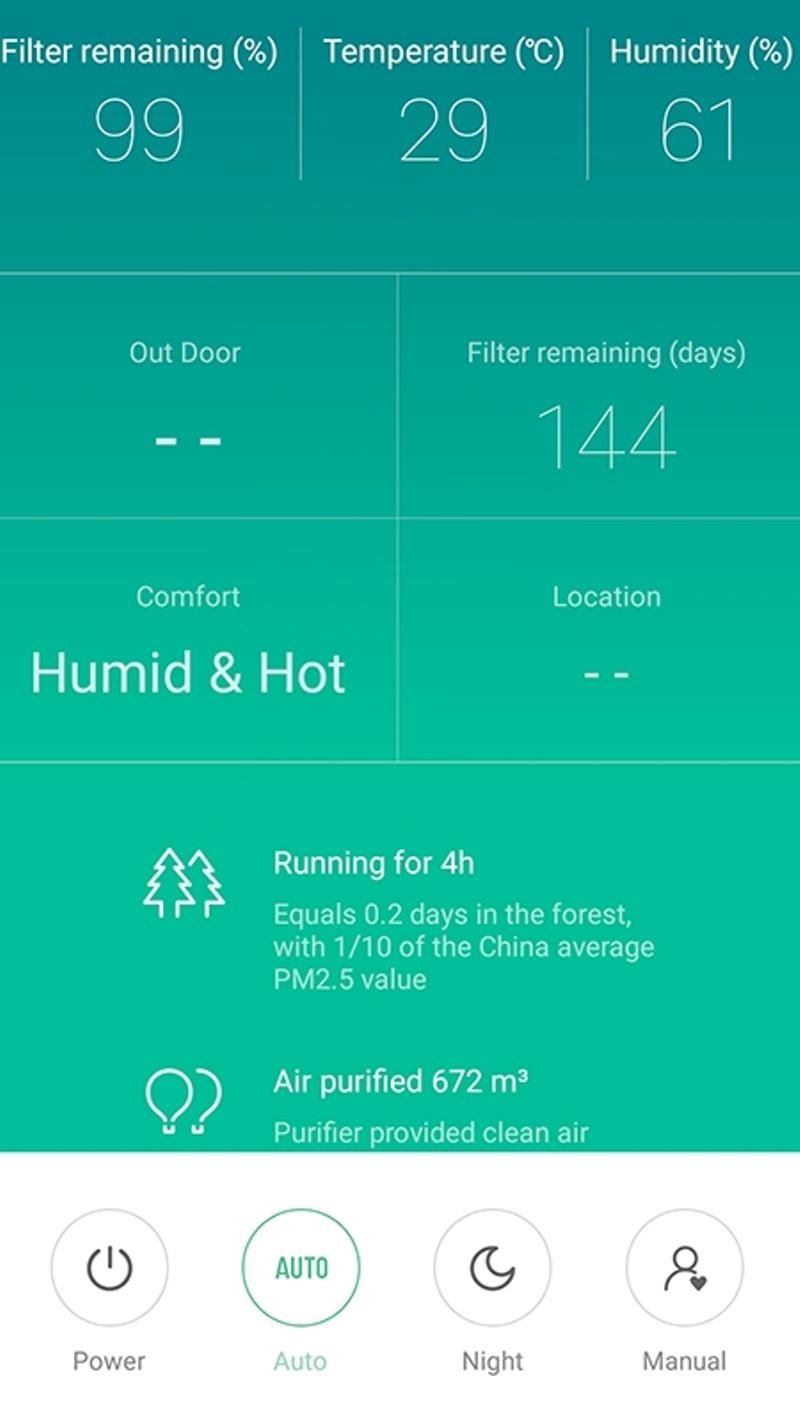 Do also note that this internal filter has to be replaced from time to time. Need a reminder? The Xiaomi app has you covered with automatic alerts in addition to providing a helpful estimate of how long your current filter will last. 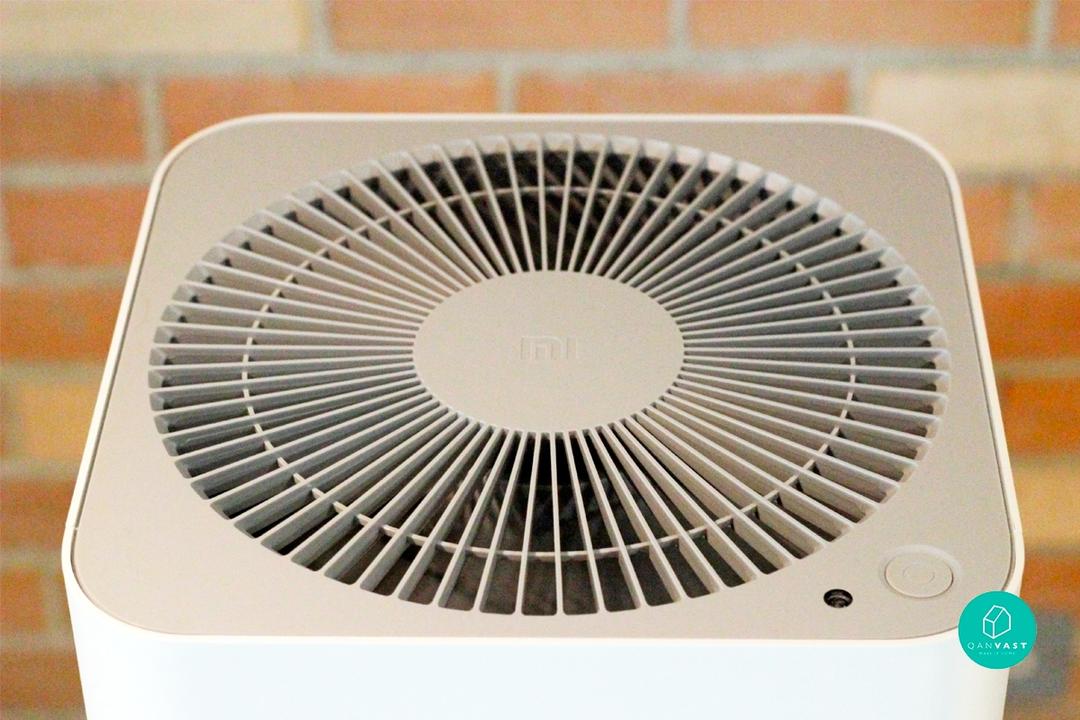 Like its predecessor, the 2S works by sucking dirty air through the numerous (to be precise, 943) intake holes that line its casing, before releasing purified air to the surroundings with the help of its internal fans.

It is also here that the 2S’s three modes of operation come into play: Automatic mode, which adjusts the fan speed according to air quality; Manual mode, in which users have full control over fan speed; and finally, Night mode that keeps fan noise to a minimum when it is time for bed.

Users can also toggle between these modes by either cycling through them by pressing the power button at the top or via the Xiaomi app. 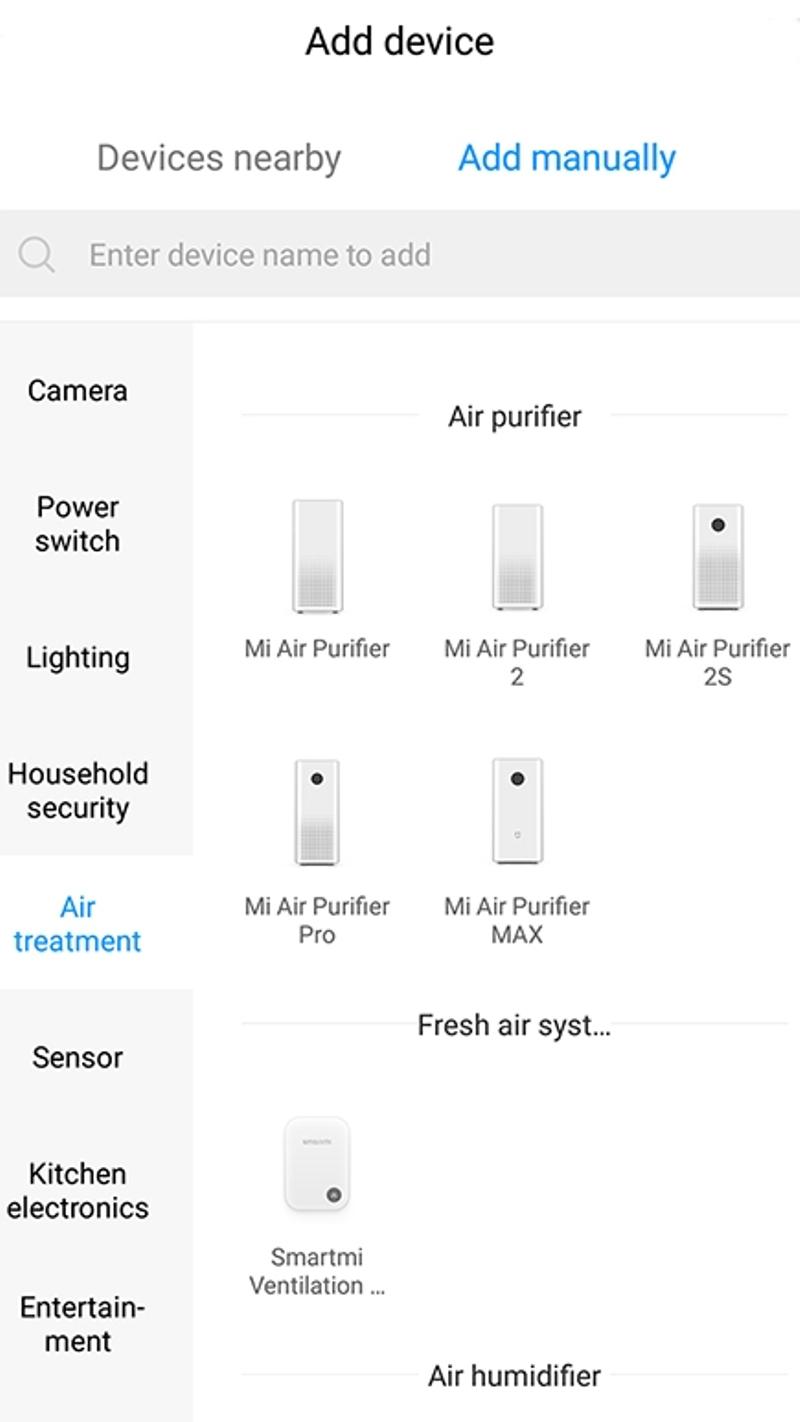 Setting up the 2S was a straightforward process for us; all we had to do was download the Xiaomi app, sign up for a Xiaomi account, select the Mi Air Purifier 2S from the menu, and then connect it to our Wi-Fi network.

While the 2S is perfectly capable of operating without the help of the Xiaomi app, the latter introduces several convenient features such as real-time monitoring as well as the ability to turn on/off the purifier without stepping away from your seat.

b. Using the purifier

We started off our test of the 2S by taking a look at the PM2.5 reading of our office storeroom, and that was when we got a surprise... 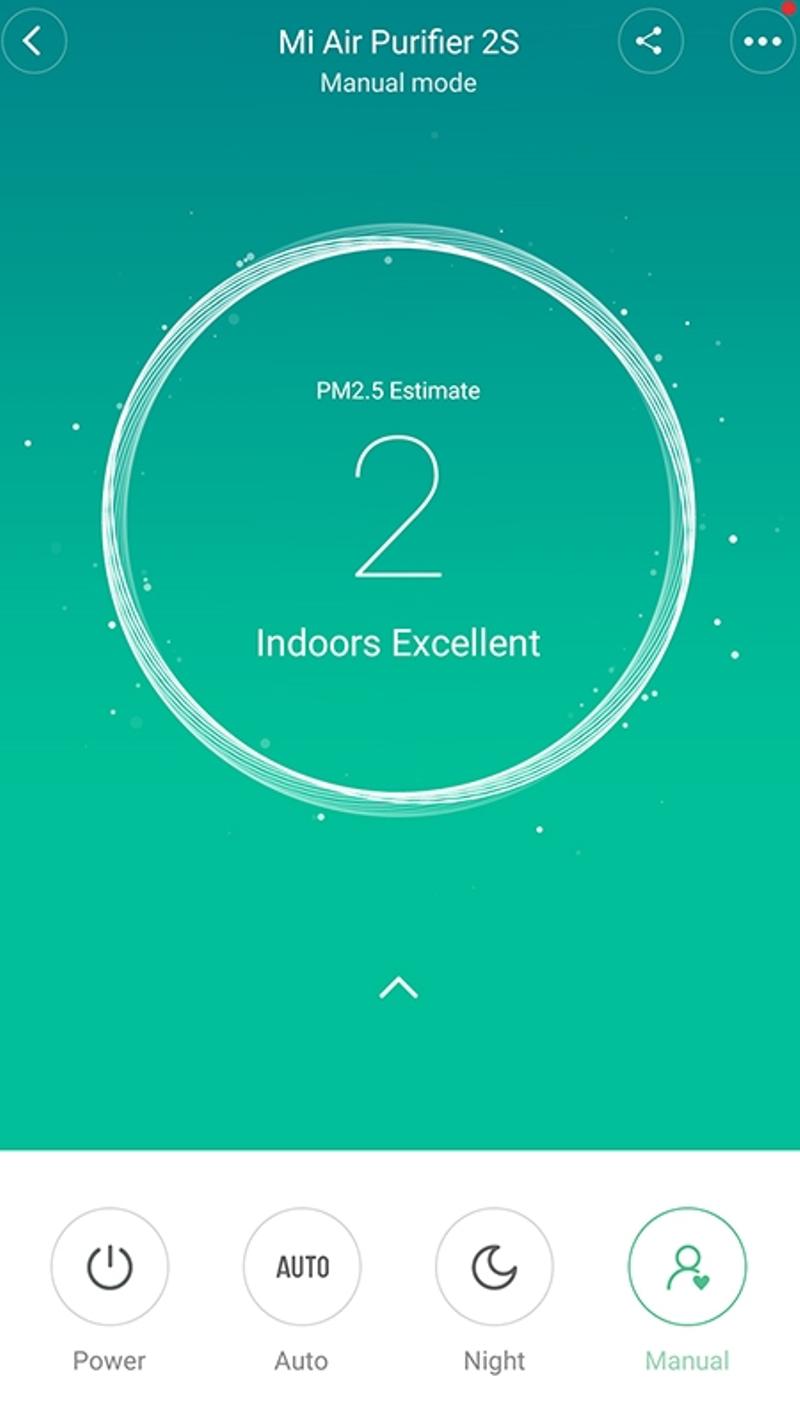 Turns out, the air in our storeroom was much cleaner than we thought.

At a PM2.5 estimate of 2, this would mean there were little to no airborne microparticles present in our storeroom, because a reading of at least 12.1 and above would be required for the air to be even considered moderately unhealthy. 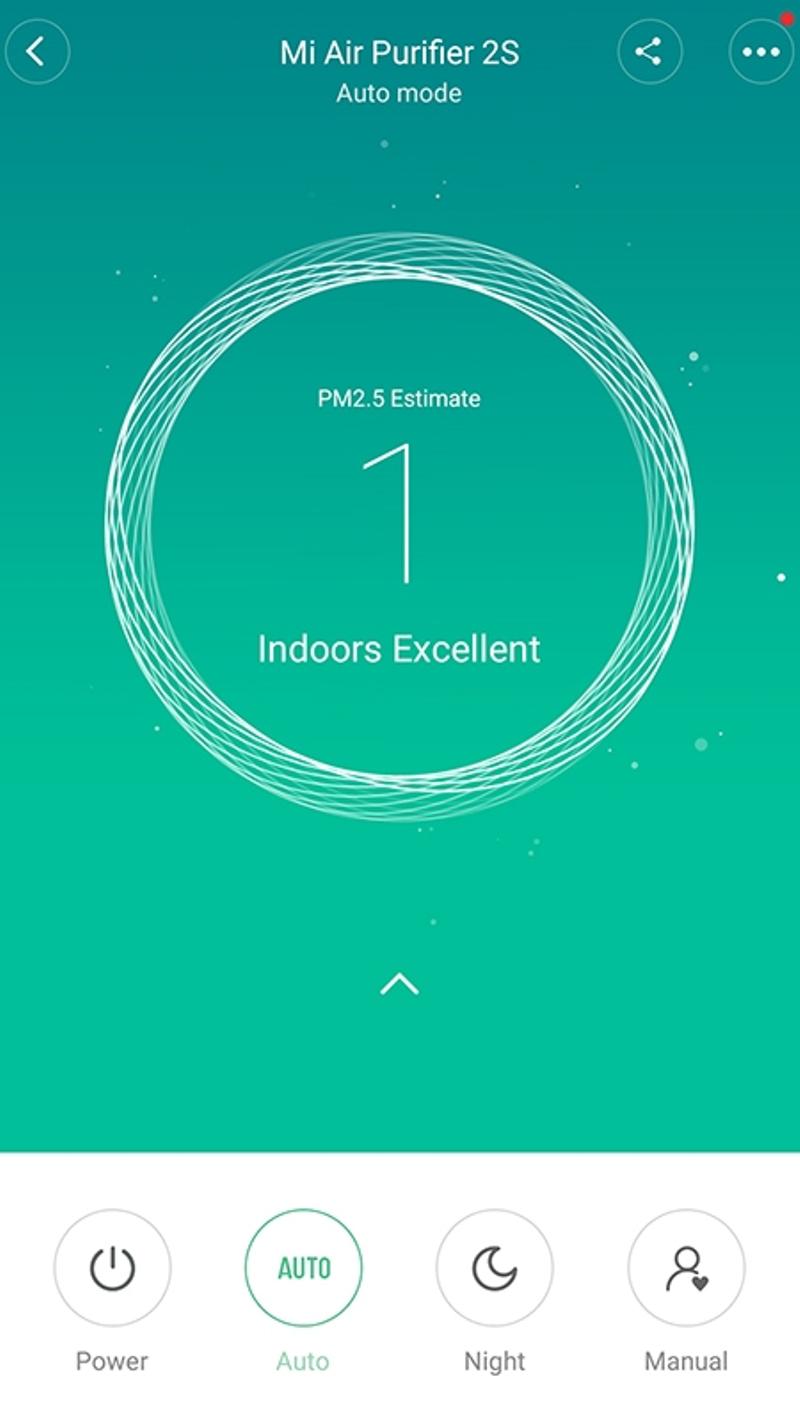 Nonetheless, we decided to let the 2S do its job by leaving it running for 4 hours in the storeroom, which led to the PM2.5 level dropping to 1.

On the other hand, one noticeable change that was not registered on the Xiaomi app/OLED display was the improvement in smell. As pointed out by one of our colleagues who made a passing comment, the mouldy odour that our storeroom had was mostly gone.

So, is it worth buying?

While we weren’t able to draw any solid conclusions about the 2S’s air purification capabilities (perhaps we could have tested it better by dirtying up the storeroom beforehand), it certainly is a thoughtfully-designed appliance that is easy to set up, maintain and operate.

In addition, for its price and convenient features (particularly the OLED screen and app connectivity), we would consider the 2S to be a suitable model for homeowners who are on the lookout for an entry-level air purifier.

Hey there - just so you know, all products listed in this article are independently curated by us. By clicking and purchasing from our Qoo10 links, you will help to support our research and work by allowing us to earn a share of sales - here's a big thank you in advance!
Do note that prices listed are accurate as of time of writing. 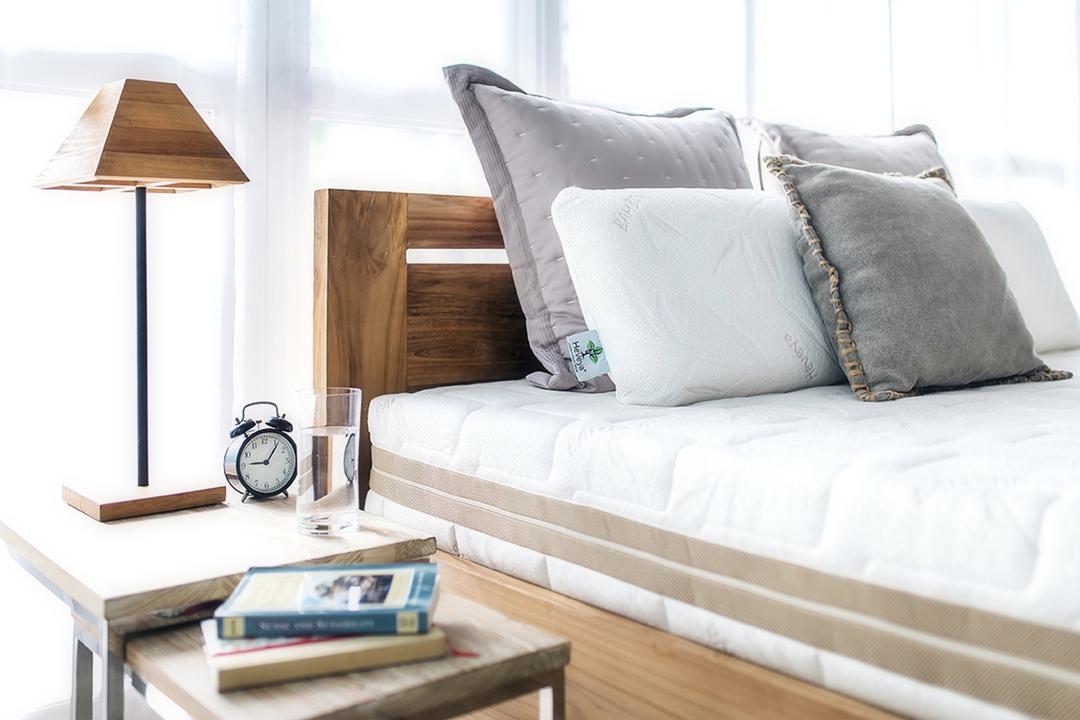 HOME PRODUCTS
Yay or Nay? We Used an Organic Latex Mattress for 100 Nights
How good are natural organic latex mattresses? We sent one homeowner a ‘test bed’ from European Bedding to find out. 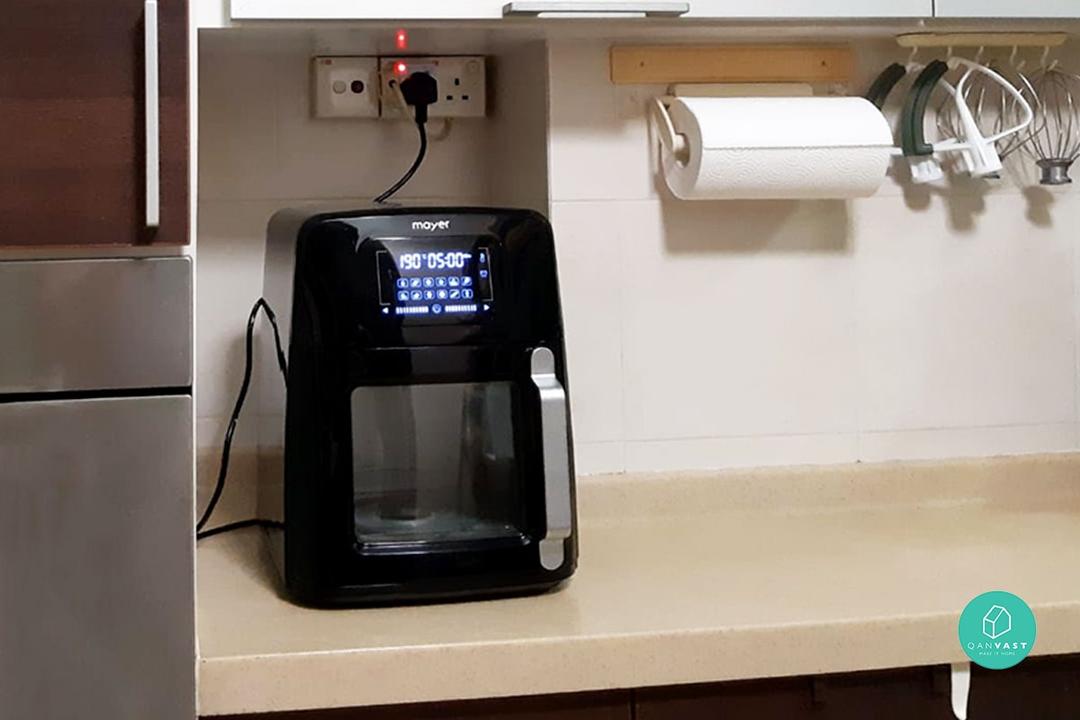 PRODUCT REVIEWS
Is This Air Oven Better Than Your Air Fryer?
A cross between an air-fryer and convection oven, the Mayer XL Air Oven promises healthier dishes with less cooking time. Here, avid cook Yi Man puts it to the test. 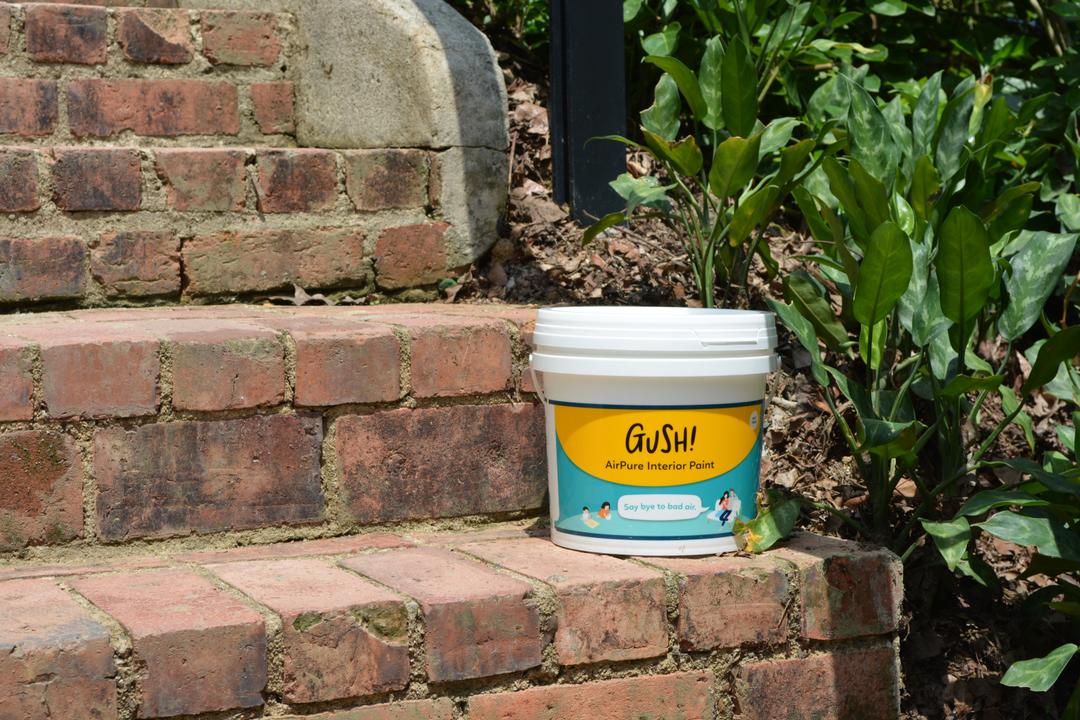 HOME PRODUCTS
Even Preschools are Switching to This Kid-Safe Wall Paint
It’s time you should too – here’s how Gush! air purifying paints are helping parents (and children) breathe cleaner, healthier air at home.
Preparing the next article…
Recommended for you