Why You Should Stop Buying Starbucks - And Get This Instead

Hario's Filter-In Coffee Bottle is a good starter cold-brew maker for casual drinkers, but its less fragrant taste (and longer waiting time) might put off those who prefer a strong, relatively instant coffee fix. 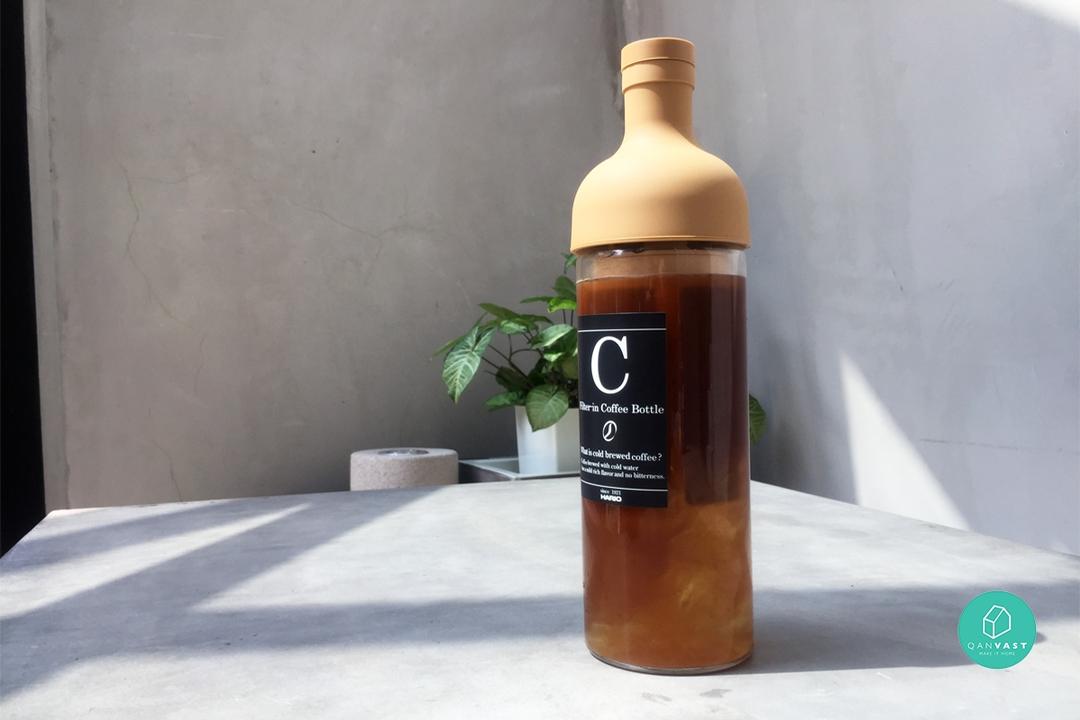 Known for its smooth, less astringent taste, cold-brews have since moved from hipster coffeehouses to everyday homes. Using a simple process of steeping coffee powder in cold water, many DIY cold-brew makers have popped up in recent times, giving people the chance to live their inner barista dreams (without spending a ton on cafes).

But, can a DIY cold brew beat going to your local Starbucks or Coffee Bean? We decided to give one of Lazada's most popular cold-brew makers, Hario's Filter-In Bottle a go to see if it lives up to the hype. 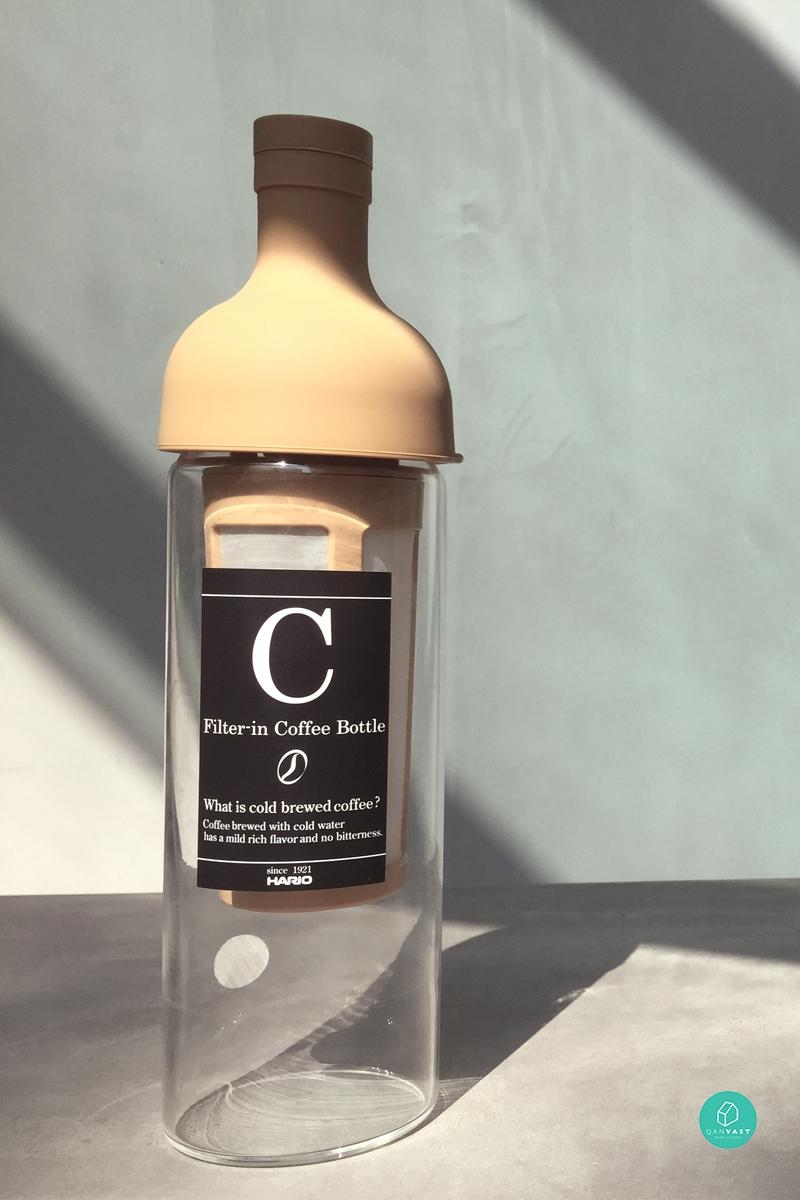 Aptly named, Hario Filter-In Coffee Bottle's exterior isn't a mistake - shaped after a wine bottle, the product is (according to its product site) specially designed so that coffee drinkers can emulate the same refined experience as wine tasting.

Another major highlight is the bottle's built-in mesh filter. Used to place coffee grains, it's ultra fine surface allows the coffee to infuse with water without contaminating it with particles. 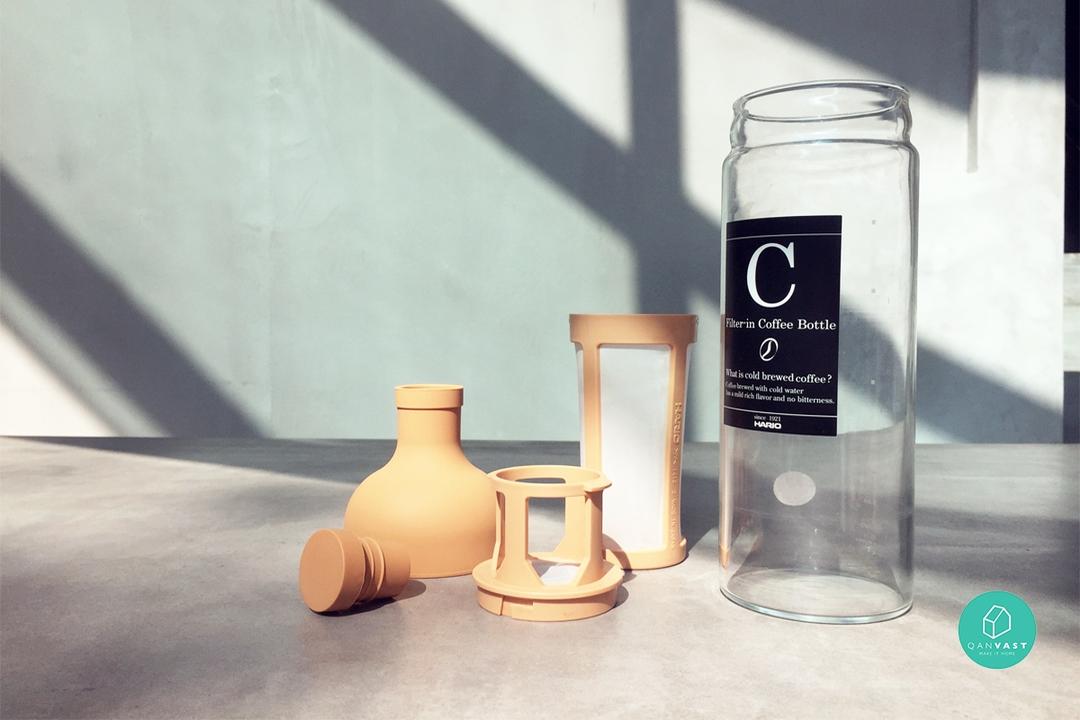 Standing at 300mm tall, it's long, cylindrical shape is also highly practical - it can be easily gripped on one hand, and placed comfortably in a refrigerator. An added bonus? It's large capacity of 700ml is enough to make 5 cups of coffee, compared to other models at about 450ml. 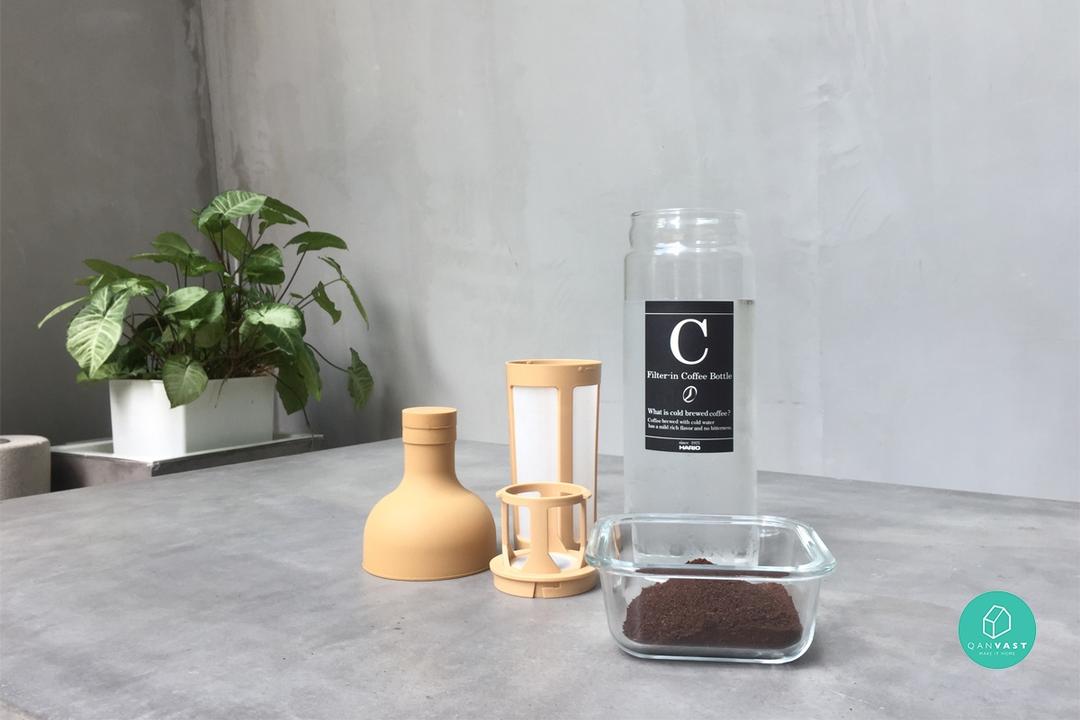 One of the best things about Hario's Filter-In Coffee Bottle was its ease of use. Steps to brewing was short, simple and clearly set out thanks to the product's foolproof instruction manual. It also helped that the cold-brew maker was only made up of these four main pieces:

It was a good move on their part to make the bottle spout in rubber; attaching the strainer and glass body back merely required a simple push and turn. 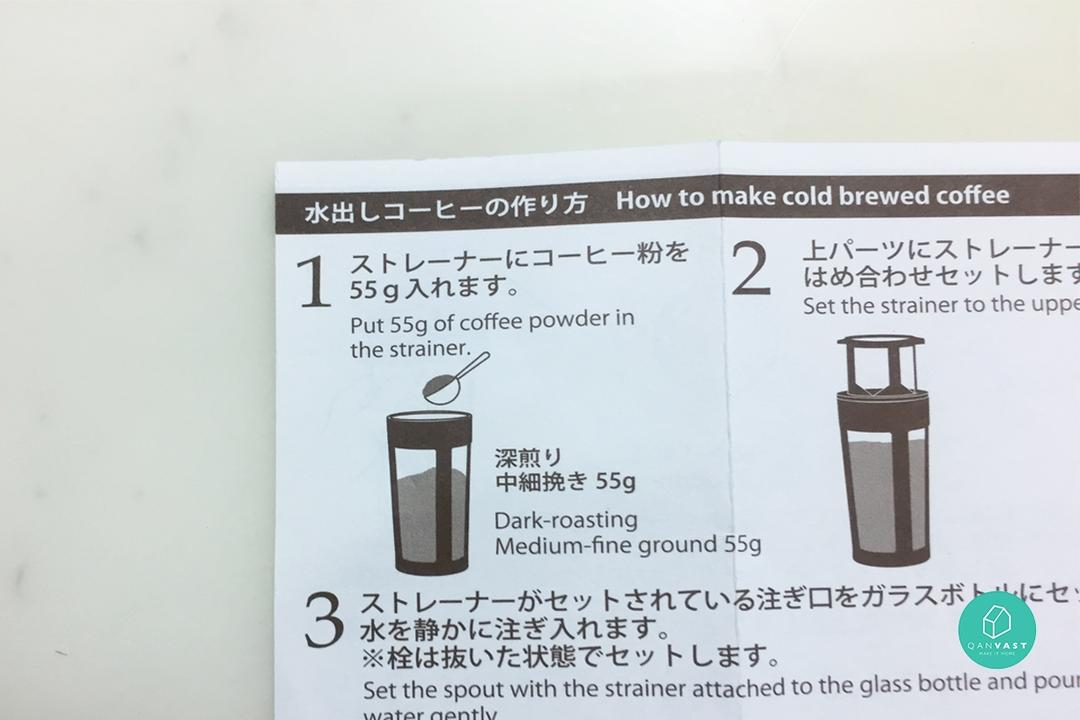 However, there were still some concerns. We couldn't risk holding the bottle by it's rubber spout, as it looked and felt like the glass bottle could give way beneath it. Likewise, we also had problems figuring out the right ratio of coffee to water. While the manual did mention 55 grams of coffee, how much is it - in tablespoons or teaspoons? In the end,we had to use a weighing machine to get the exact amount. 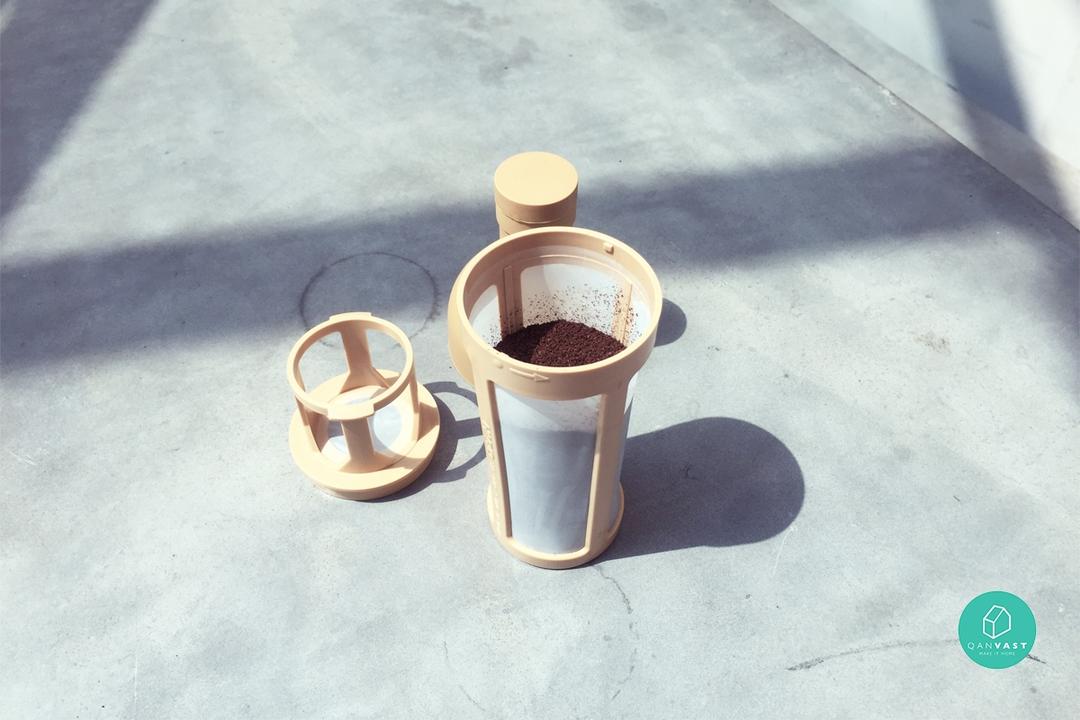 For the taste test, we used Cafe Direct's Moreish Medium Roast ($8.60). According to the product manual, a minimum of 8 hours was needed for the coffee to steep in. This was significantly shorter than most cold-brew models, which usually range from 10 to 12 hours. 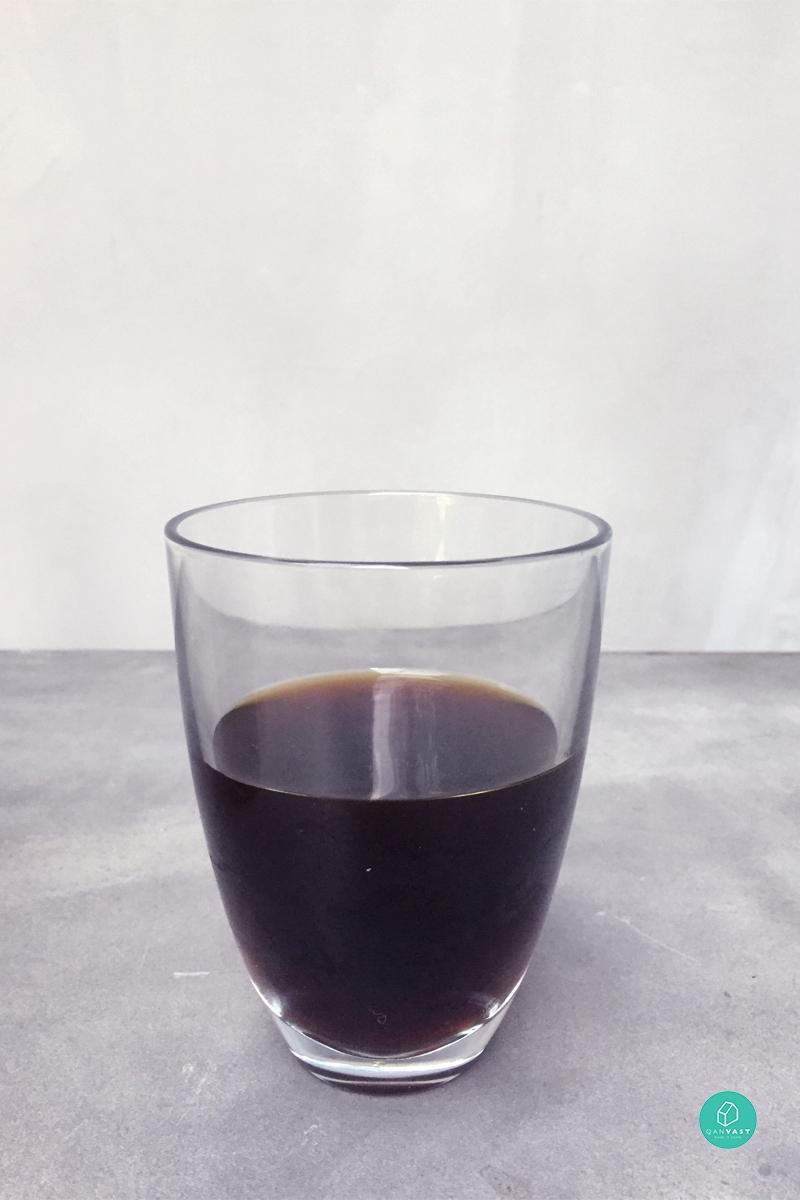 Playing it safe, we left the bottle to brew overnight for 10 hours. While the infused cold-brew looked dark and murky, the coffee still tasted watery and sour. Only after leaving it to brew for another 6 - 8 hours did we manage to hit the right spot with a thicker, less acidic taste. 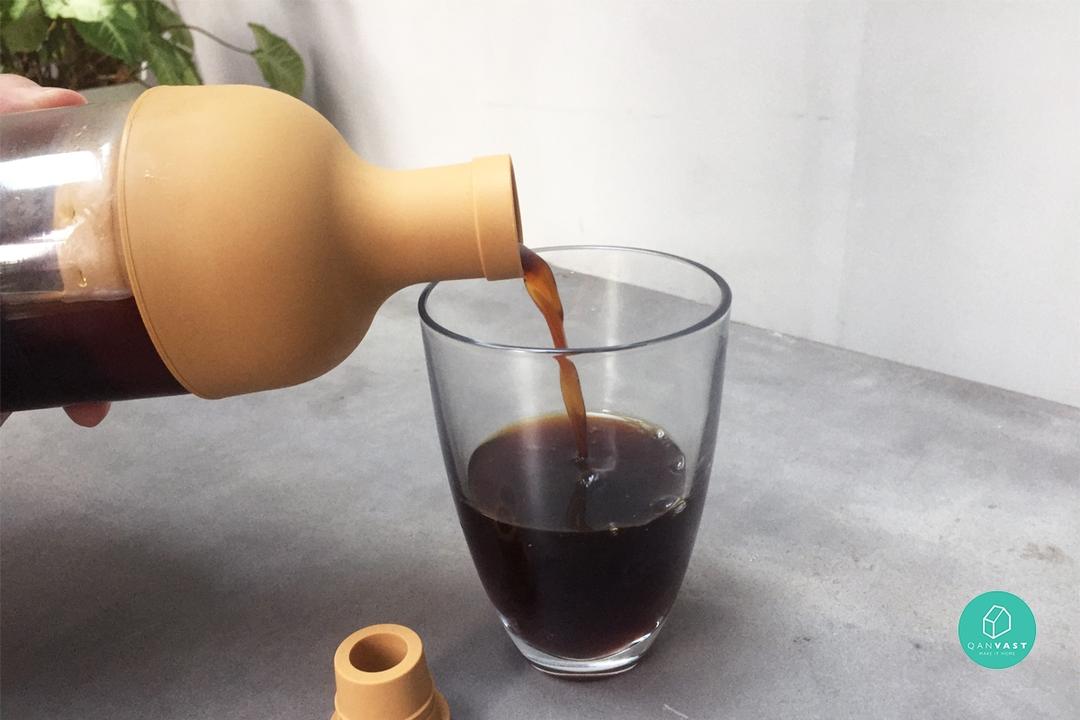 The answer's obvious - making your own cold-brew is definitely cheaper than buying a cuppa at $7 a pop, as long as your coffee grind isn't something ridiculously expensive. Here, we did a cost comparison between a DIY cold brew versus a store bought one. 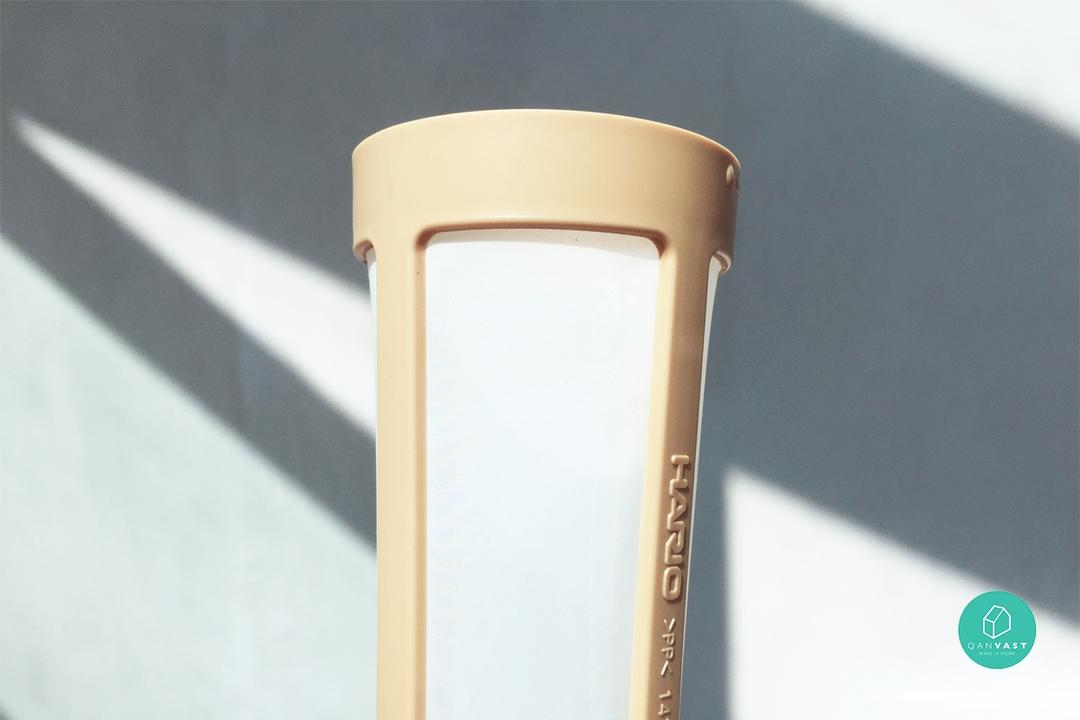 Cleanup was surprisingly fuss free - We were expecting the worst with the bottle's ultra fine filter - but the bigger coffee bits were taken out easily under a running tap, same for whatever dirt or grime sticking on the bottle nozzle.

However, don't ask for squeaky clean - while the particles came off easily enough, there were still microscopic amounts of coffee powder stuck on the strainer filter, staining it. 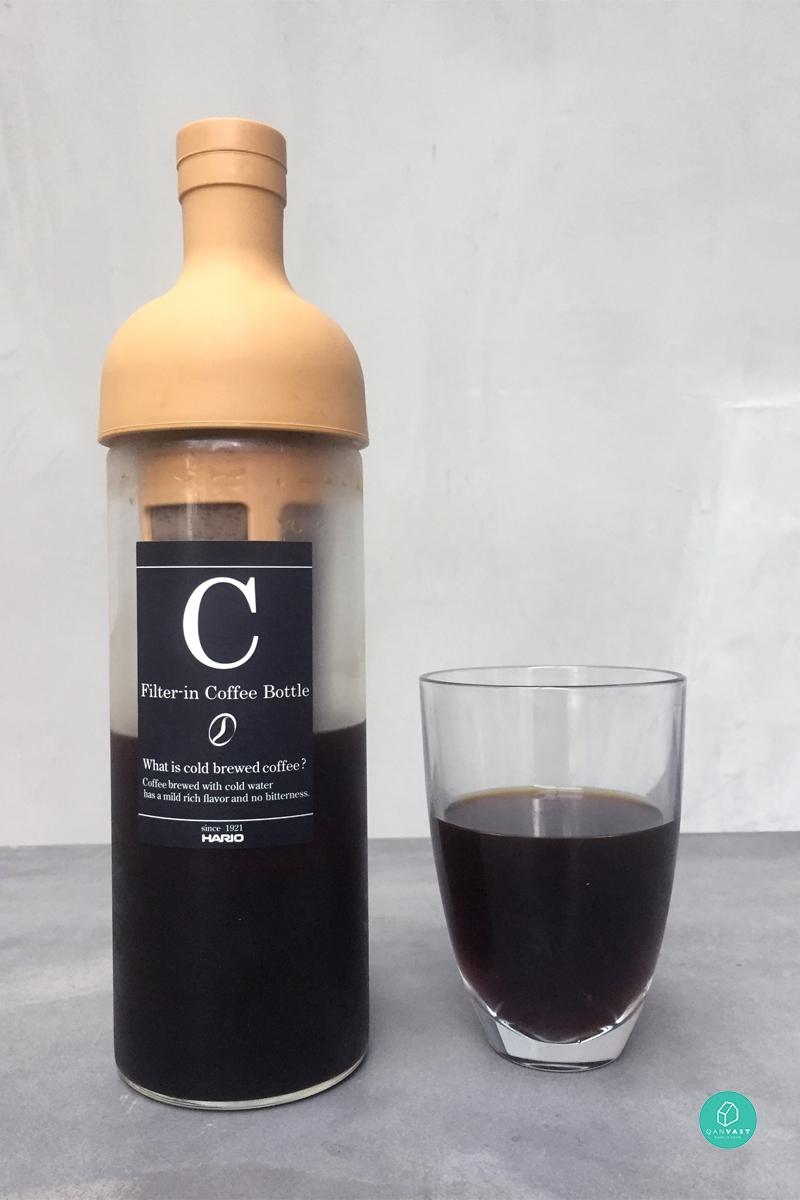 Overall, Hario's Filter-In Coffee Bottle is a good starter model
for casual drinkers who aren't fussy about tastes or technicality. It's simply designed, easy to use and doesn't require a lot of skill or preparation work. Plus, it's affordable - at $47, it is much cheaper than similar cold-brew models, which can cost up till $300.

A major drawback was the lack of controls. Finding the right thickness and taste took a lot of guesswork, and the recommended minimum time of 8 hours seemed barely enough. 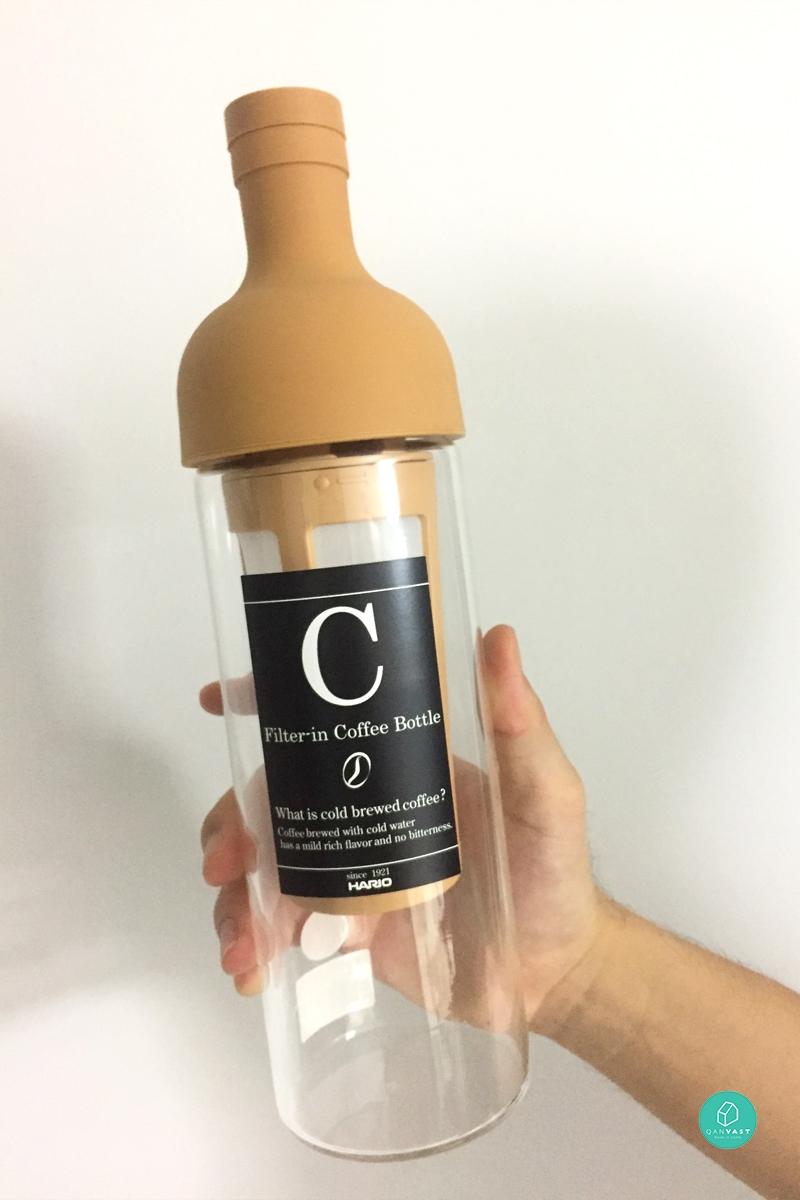 Best For: Casual coffee drinkers who want something different from the normal hot brews. Or, DIY enthusiasts that enjoy simple hands-on work.

Disclaimer: We receive affiliate dollars from Lazada for all links listed in our product reviews. 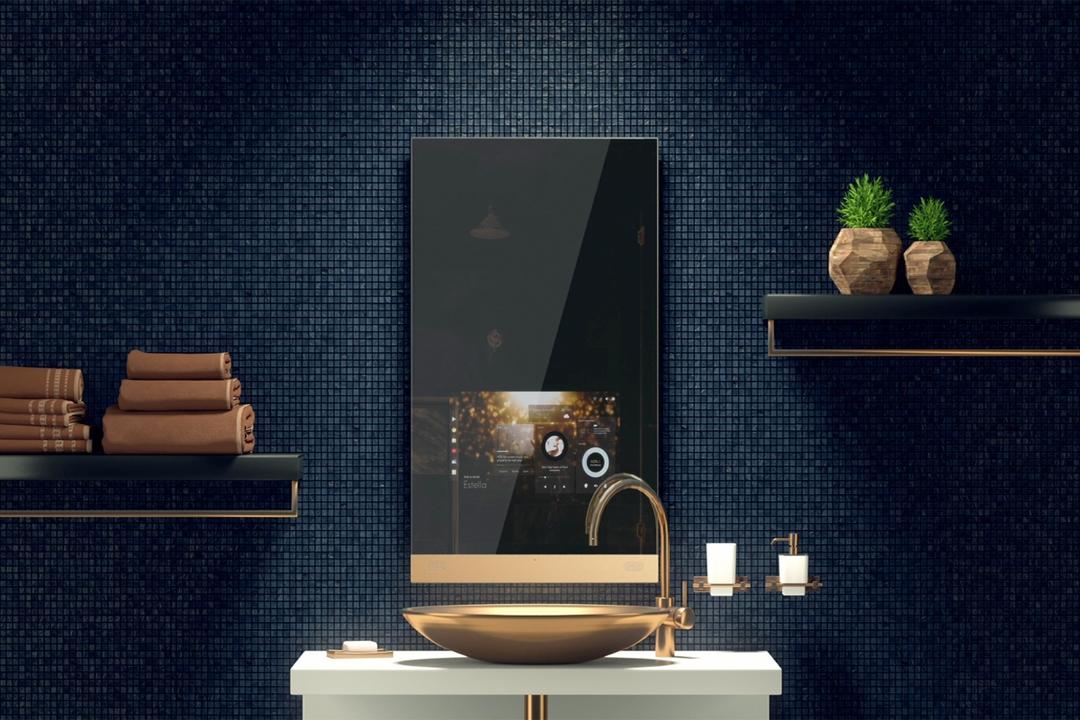 PRODUCT REVIEWS
This Real-Life ‘Magic’ Mirror Is Taking Over Homes
Is it fantasy or reality? Packed with nifty tools and smart features, we check out the magic behind smart mirrors - and why they are set to make homes healthier (and happier). 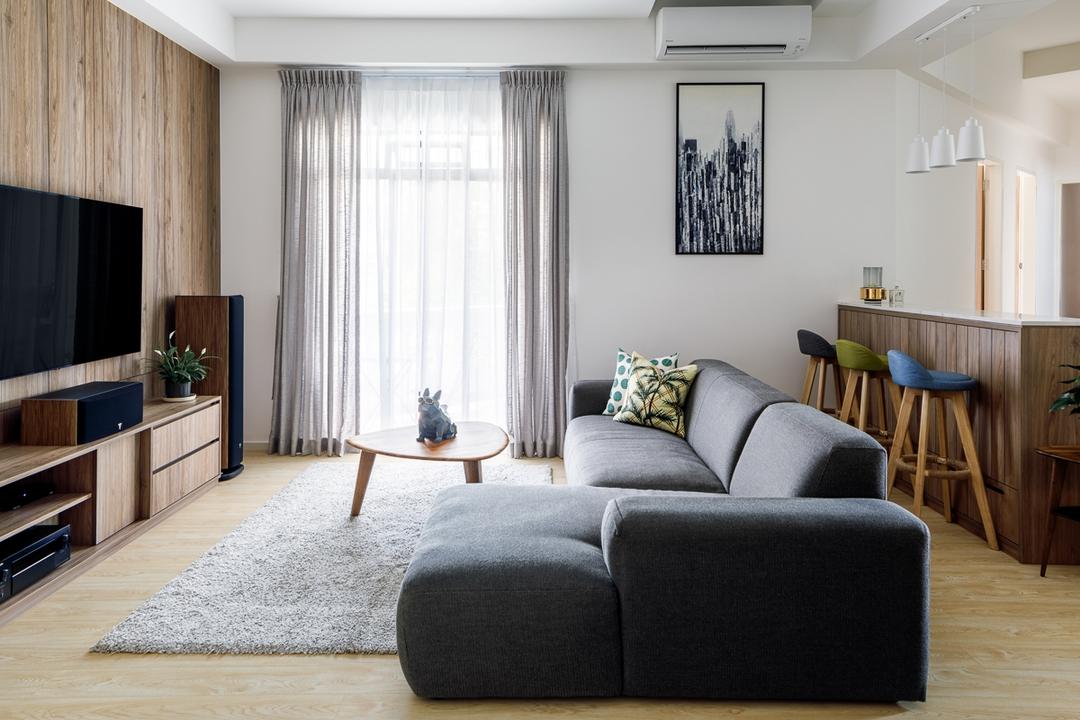 GUIDE
How To Pick a Sofa That Lasts
A sofa is the anchor of any living room but finding the perfect one is like looking for a needle in a haystack. Here’s a nifty guide on how to pick one that will work in the years to come. 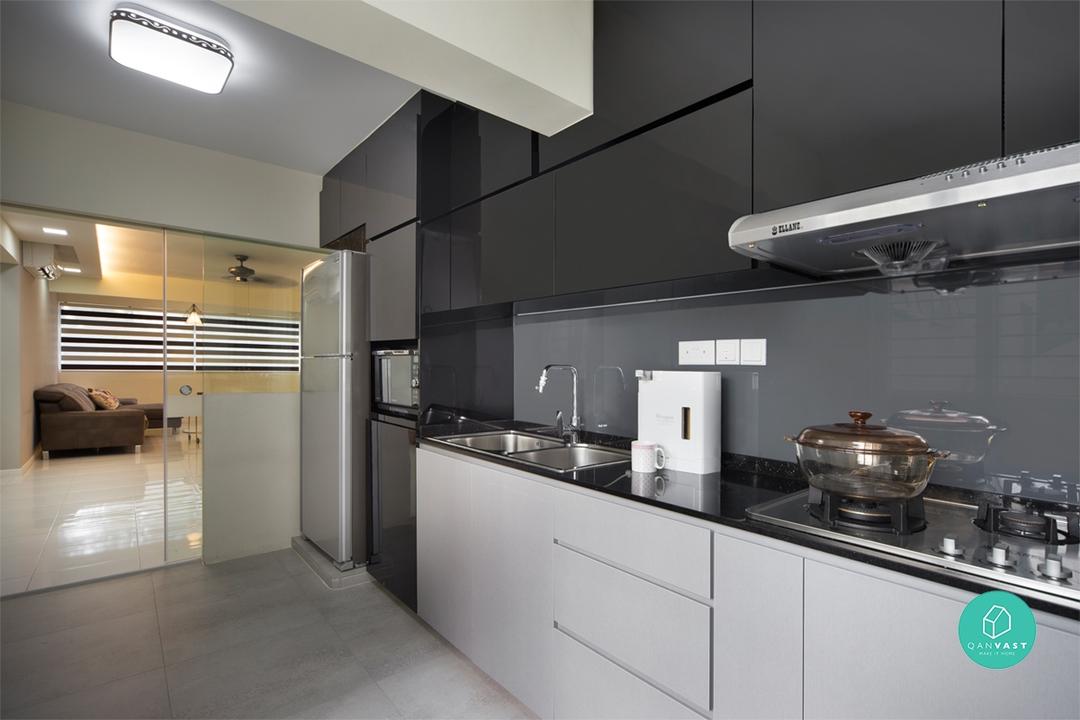 HOME PRODUCTS
5 Reasons To Stop Drinking Tap Water
Tap water isn’t the cleanest thing in the (HDB) block - here's why having a water purifier can quench your thirst (and more) the healthy way!
Preparing the next article…
Recommended for you