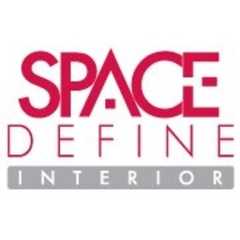 We met about 5 interior designers, but what made Space Define stand out was that Joann was very responsive. We gave her our floorplan, and told her what we are looking out for, and she gave us an estimate of the quote in a matter of a few days. You could sense the eagerness on her part to get back to us on time. The rest took a while to get back to us, and needed us to prompt them. When she brought us to a previous project she did, and we saw the quality of the workmanship, that was the turning point that gave us the confidence to engage her. We showed Joann the designs we liked, and didn’t. When she proposed the first draft of the design, it was already 80% of what we wanted. There weren’t any hiccups – it was a very smooth renovation. She was very accommodating – although the wallpaper was done by another company, she went the extra mile for us and handled it. The timeline went according to plan and she told us what she was going to do and how long it would take. She literally told us step by step in a logical manner what she was going to do, so we knew what to expect. There were some minor rectifications made during the renovation, such as one on the feature wall. Once we informed her, she was very responsive and would come down. After the renovation, there was hardly any issues because the workmanship was good. I have no complains! Renovation completed in: September 2016 Cost of renovation: $32,000

Professionalism
Workmanship
Design
Project Management
Hide
About Space Define Interior
Fresh, vibrant and dynamic, we are passionate about infusing charisma into the space you LIVE, WORK and PLAY. Always listening and offering customized solutions, we aspire to breathe design into your lives. Offering a one-stop interior solution hub for you, we specialises in: • Building alteration and addition • Space planning • Design development • Project management • Consultancy
Read More
View all 40 projects ›

Very happy experience working with Derrick. Of the 3 IDs we went to, we finally decided to engage Space Define as Derrick impressed us with his prefessional knowledge and his excellent customer service. He listens and understands our needs and wants and gives good suggestions to help create the home we are looking for. Definitely recommended. Finally got my dream house done. Thanks to my ID, Harry, for going the extra mile to make it happen. During design phase, he gives me lot of ideas but at the same time he respect on my design decision and tweak it to make it better. Even he is not presence on site due to the COVID lockdown, he manage to plan his contractor well and meet our timeline which is pretty tight as we want to move in within 5 weeks. He also make sure that all my feedbacks were settled promptly. Please engage him if you want to have a worry free renovation journey. 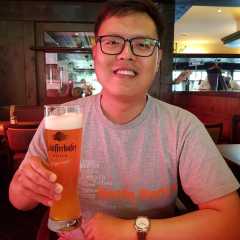 I have a great experience with Joann Ku from Space Define

I have a great experience with Joann Ku from Space Define. She is very patient and hardworking when working on our house design. She is very attentive and follows up closely on all our design requests. She even spends time on weekdays night and weekends to assist us in the selection of wallpapers and furnitures to match our house designs. She also manages her time very well and deliver a wonderful house within our set time frame. Once again, my wife and I are very thankful to have Joann Ku as our ID. We will recommend her to our friends or family members if they want to engage ID for their house designs.

Read More
1 of 49
Completed your renovation with this firm? Write a review
Projects 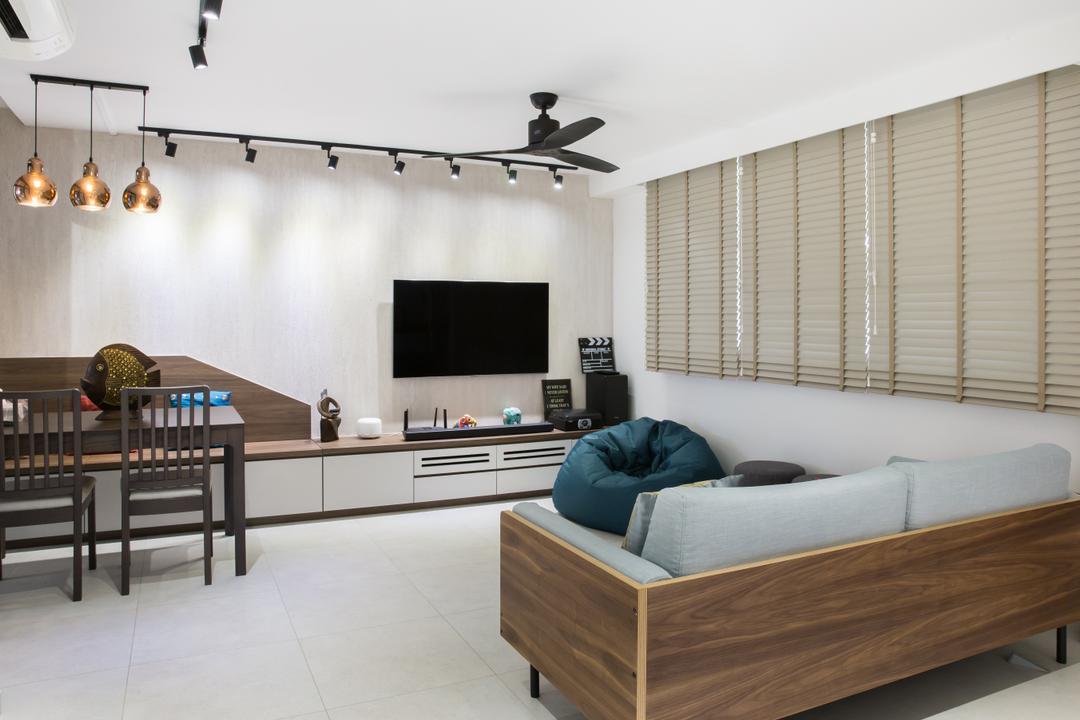 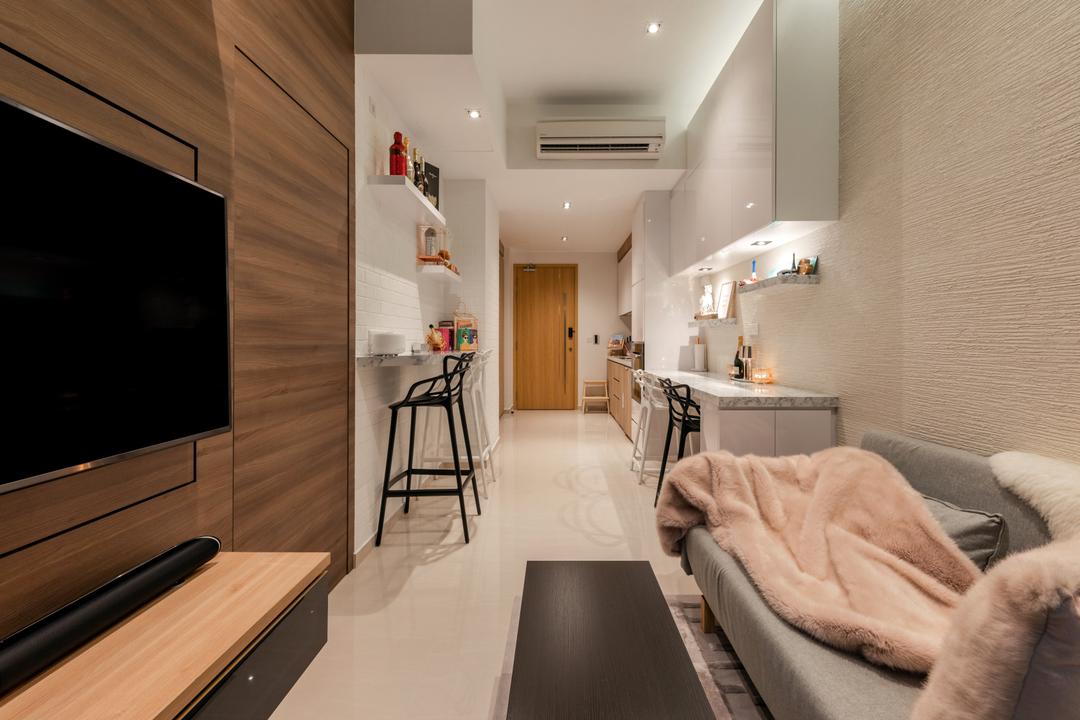 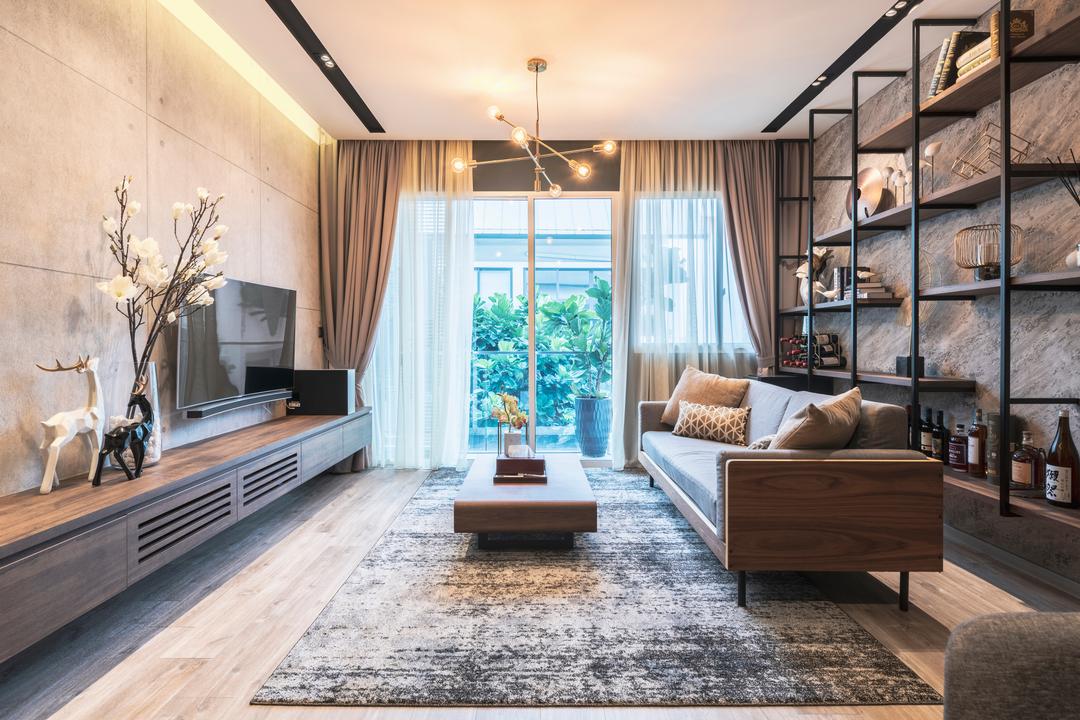 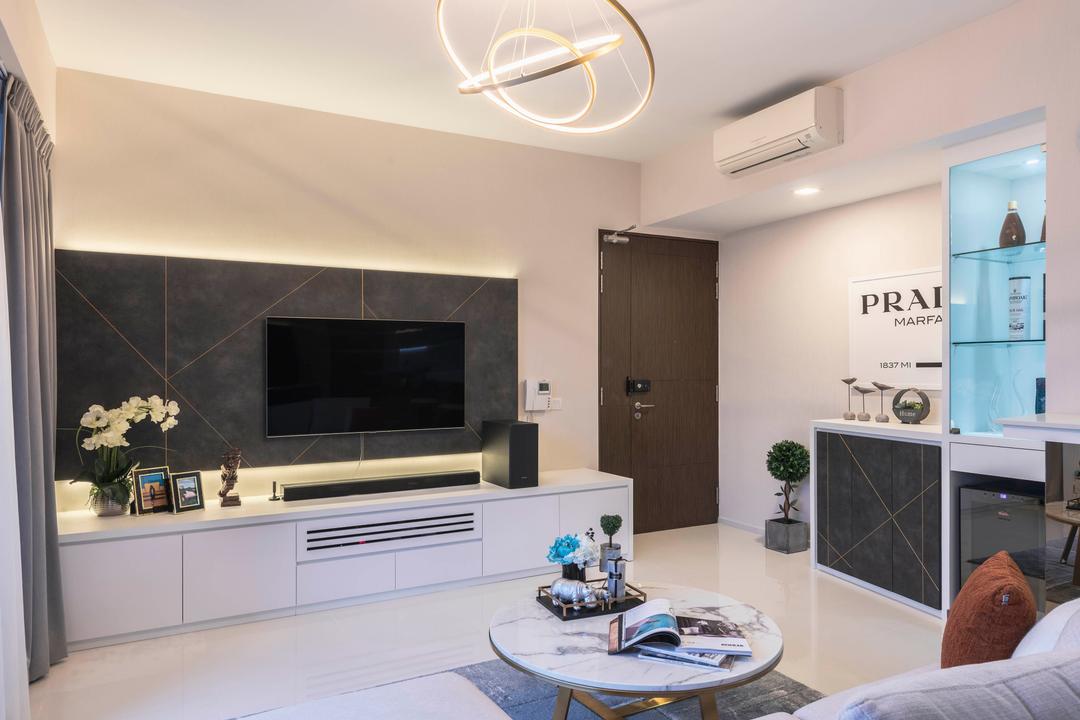 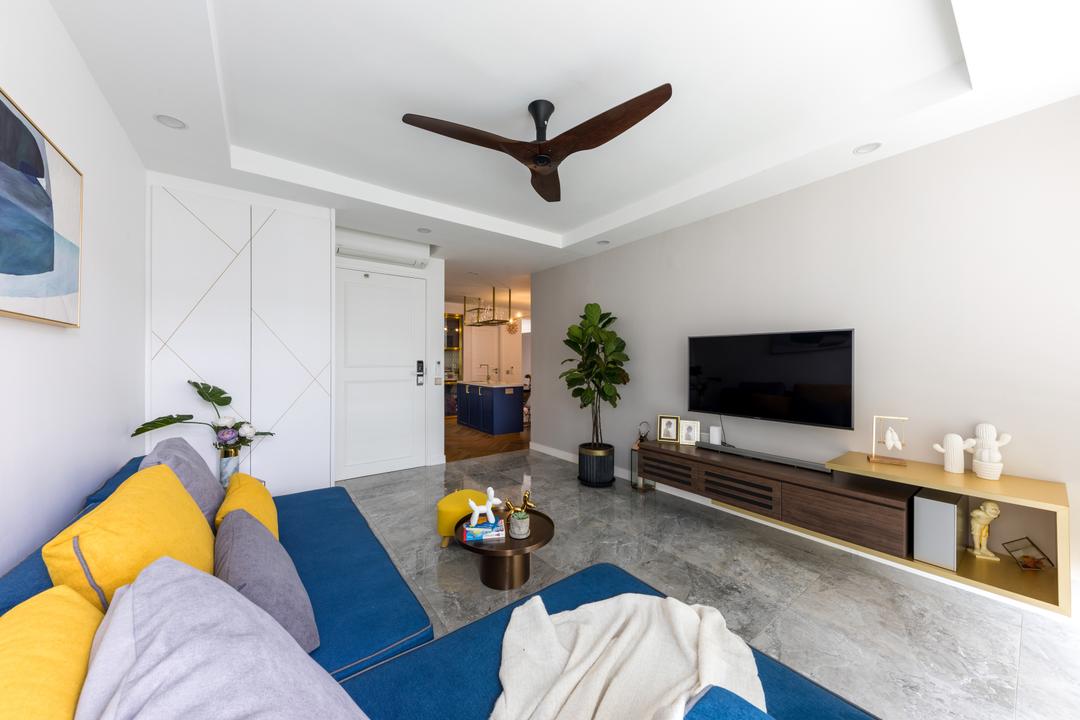 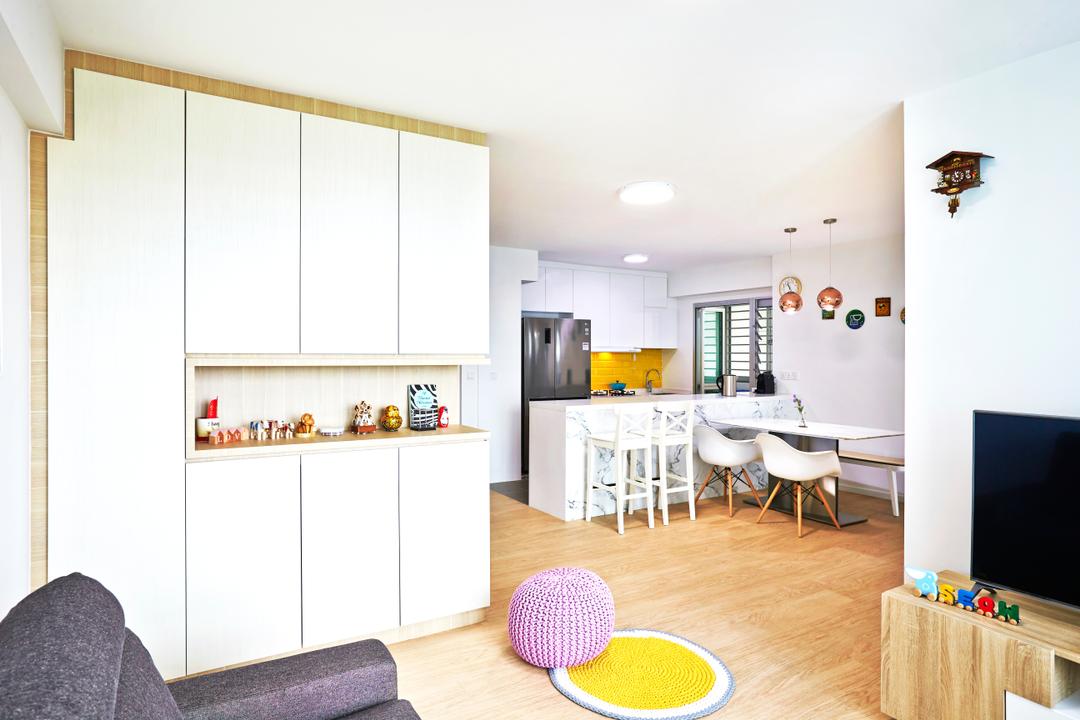 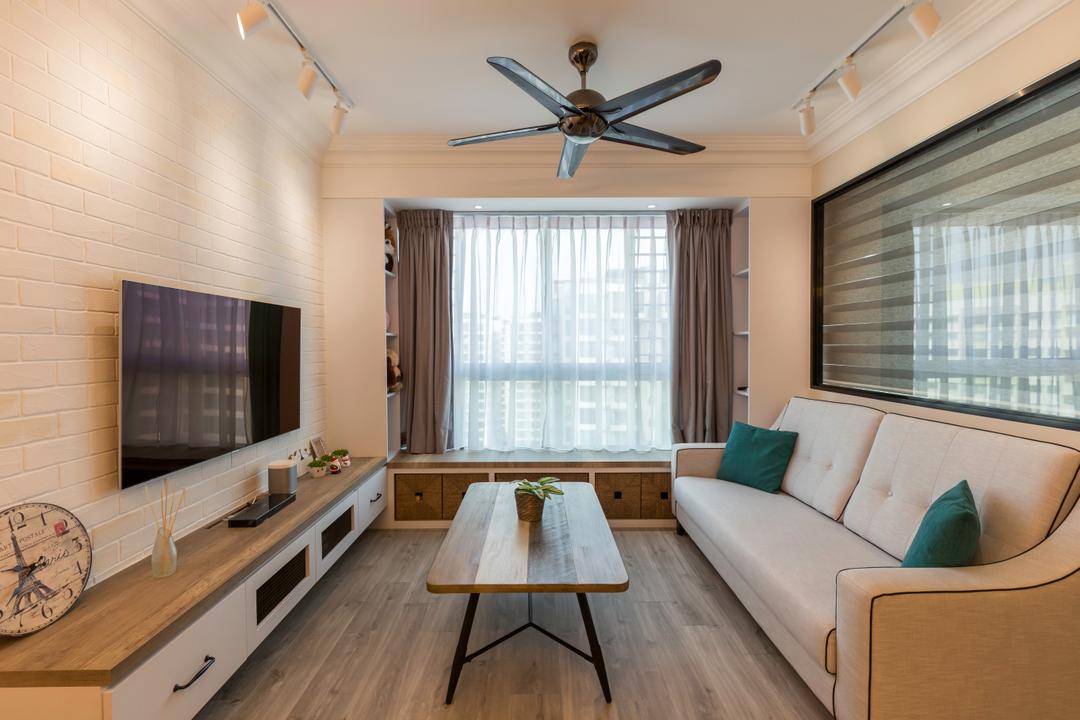 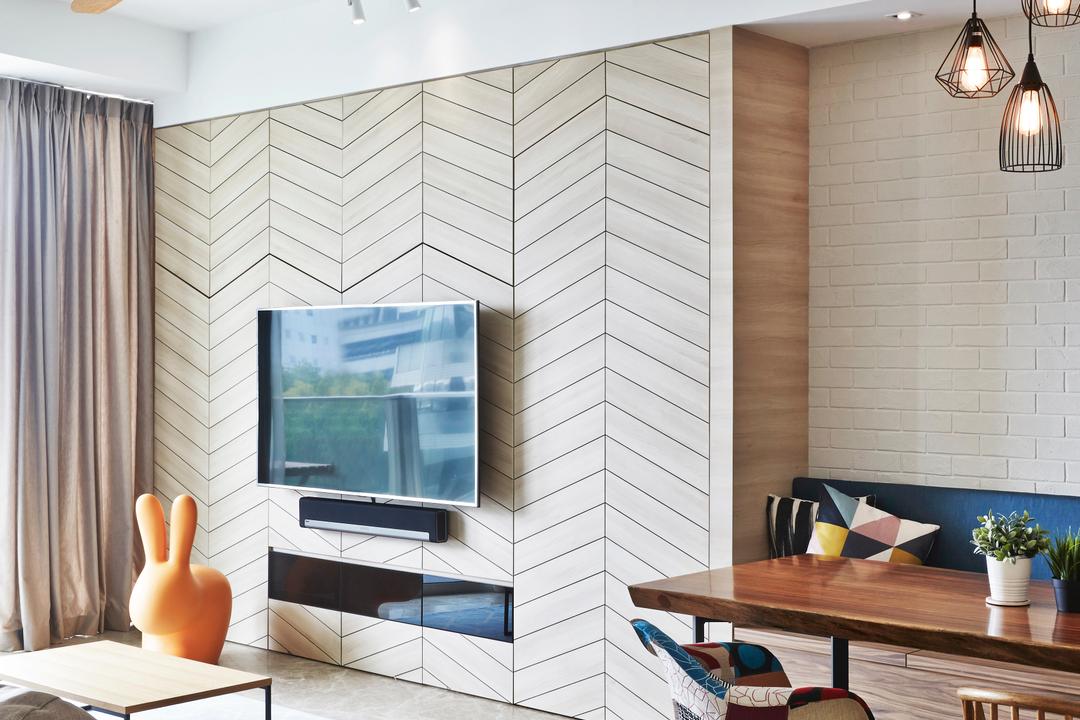 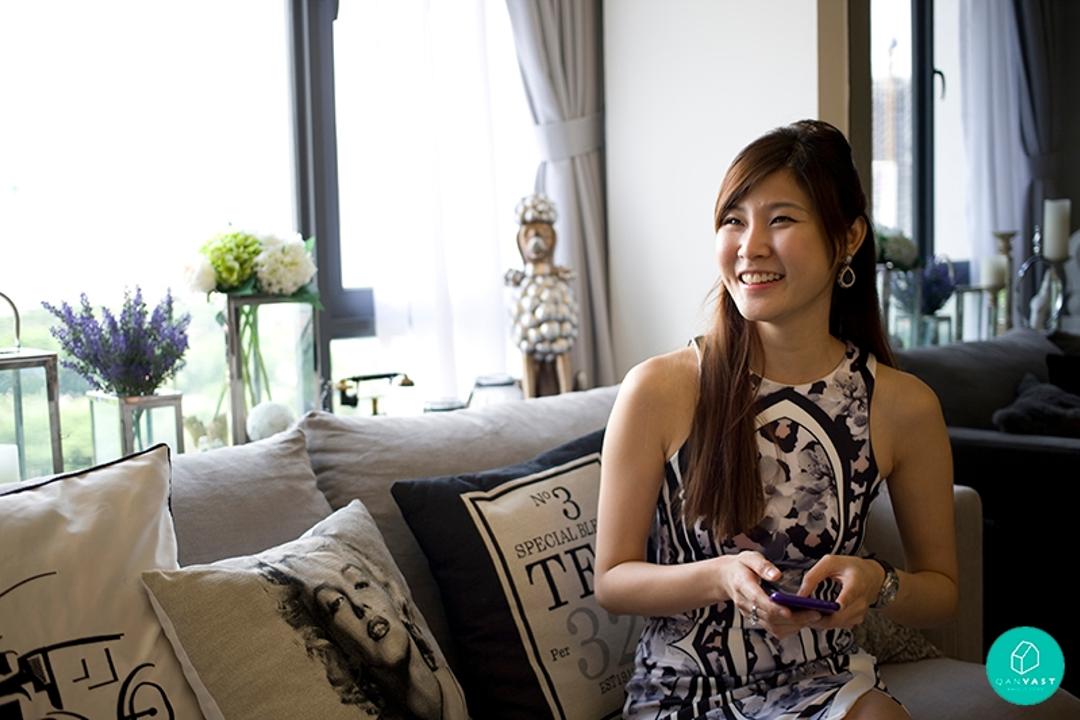 Timeless need not be boring. Our homeowner's love for interior styling brought out the beauty in her home. See how Eve's interior designer from Space Define managed to create the home she envisioned for. 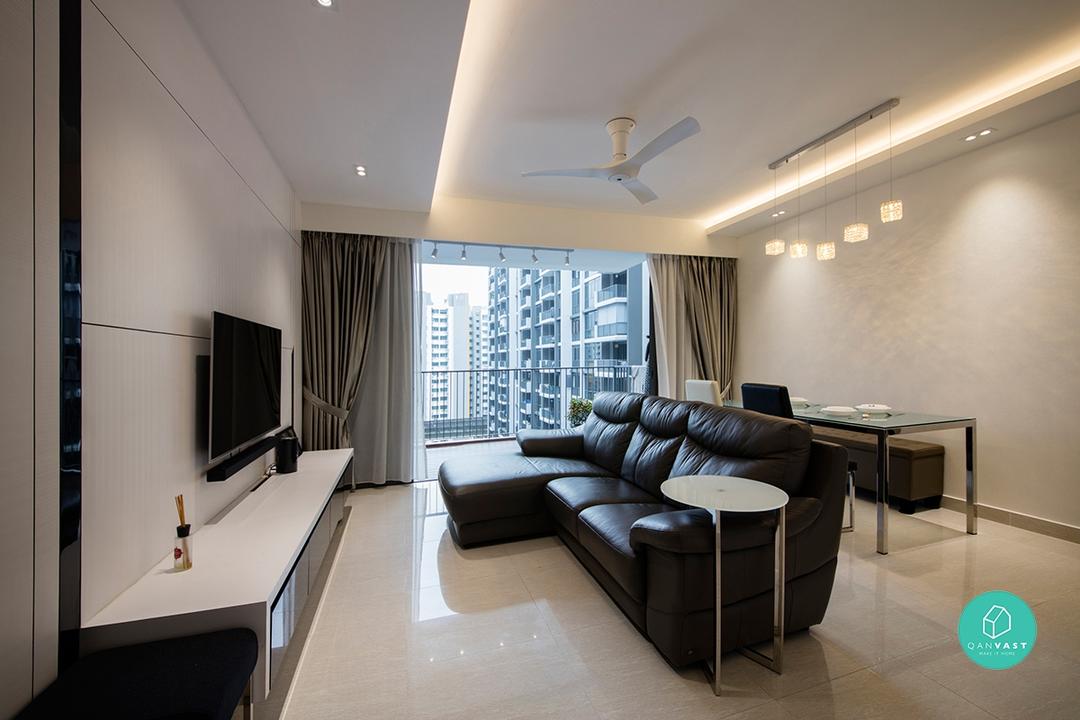 Wanting a classic design that would prove versatile in the long run, these homeowners engaged Space Define Interior to jazz up their home for the family of four.

Where is Space Define Interior's showroom?

Is Space Define Interior an HDB-registered or a Casetrust-accredited firm?

Space Define Interior is currently an HDB-registered firm. It is however not recognised under the Casetrust Renovation Business scheme.

Is Space Define Interior a reliable firm on Qanvast?

Yes, based on the reviews left by our community of homeowners who reviewed on our platform, Space Define Interior was accredited the Supertrust badge from 2016 to 2018.

2 people enquired recently
This firm has a minimum budget requirement of S$40,000.