After approaching several IDs, we finally decided to choose Daphne from DAP Atelier. She relates to and understands our lifestyle preferences. This made her an ideal candidate for providing designs suited to our needs. As first time homeowners, we had no clue on interior design but had big dreams. She was able to explain the limitations of our ideas and come up with alternatives to popular designs which are more functional (easy to maintain). Her designs were also sleek and timeless. Daphne was able to answer our queries swiftly, sometimes even late at night. Her recommendations helped greatly with our decision-making process. We collected keys in November and requested to complete the renovation before CNY which was a tight timeline due to the COVID situation. Daphne was not only able to meet the timeline, but the workmanship was also not compromised despite the challenge of manpower constraints. She was present at important milestones of the renovation phase to oversee the work quality and even helped with the cleaning when we had a tight schedule on the move-in day. Just like any other renovation, there were some touch-ups required which were arranged and settled within short notice at no extra cost. Even after the renovation was completed, she went the extra mile to provide suggestions to make our home better. Thank you to Daphne and team for making our dream home a reality and our renovation journey smooth and worry-free. We will definitely recommend to our friends and family! We came to know Daphne as she has been doing renovation works for some relatives. Thru the quality and workmanship of her end products, we decided to engage her service. Definitely it's worth to recommend Daphne for her good and dedicated service. Most importantly no hidden costs from her. During the renovation, I do not have to worry about the work progress as she would keep us updated with photos and video. No pressure being open to her when we needed to change the design during the renovation, she would offer her advice to how best we can accommodate the new design. Even though my renovation was affected during the CB, she would still try her best to make as much arrangement for some works to proceed if allowed. She also make good effort to arrange and follow-up on the final rectifications before handing over to us.

After notice that we were going to collect our new BTO 4 rooms flat at Tampines Green Weave, we browse Qanvast website. Qanvast had recommended us 5 Interior Design companies. But we manage to meet up 3 companies and Dap Atelier is last company. After our decision, we decide engage and hand over our house renovation project to Daphne from Dap Atelier. Daphne is very professional and suggested us a lot of ideas on renovation work. She help us resolve a lot issues throughout the process of renovation. I remembered she got sore throat and couldn’t talk. She even can help us to solve our renovation queries. Overall we were very happy with our home done by Daphne from Dap Atelier. We will recommend Daphne to our friends and relatives. 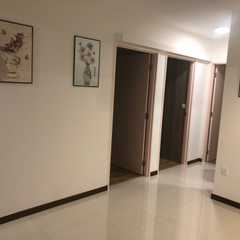 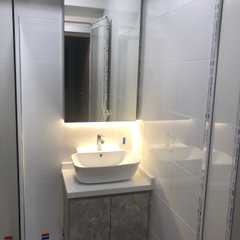 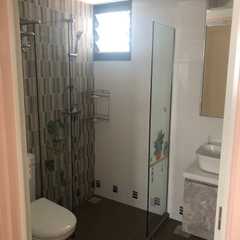 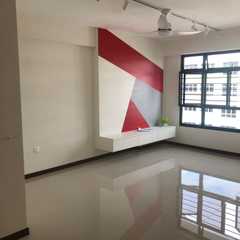 Meet only reliable firms
Connect with an interior firm on Qanvast to be part of the Qanvast Trust Programme and enjoy perks!
Review of Dap Atelier An attentive and understanding team

DAP Atelier was the second ID firm to reach out to me after I sent out first feelers for my project some time in April. Despite telling them that we would only be collecting our resale apartment in late July, the firm's designer, Wanqi, remained eager and proposed a meeting to understand our needs. Wanqi's team was the most enthusiastic and sincere of all the others we met in the initial ID shopping stage. They were patient with what we wanted, and found us visuals to confirm that their understanding of our desires were correct. They also offered practical alternatives when what we wanted didn't seem realistic. And most importantly, they provided advice on more economical alternatives to help us work within our budget, while alerting us to necessary budget-busters that would come up at the later stage, such as electric works and wall plastering. They remained aware that ours was an old resale flat, which would require extensive renovation works. It seemed natural that the conversation led to a business conversion. Wanqi was later joined by Sherman, and both invested almost every weekends shopping with us for floor and wall tiles, laminates and other fittings. When renovations started, the two provided frequent photo and video updates. They also stepped in to receive and monitor third-party works when my husband and I were unable to leave office to do that. Most prominent in my memory was this night when Wanqi stayed up late, almost past midnight, to work with me on the master room layout. There were a few things we wanted – a platform bed, a study table, a full-length wardrobe – while ensuring aesthetics and sufficient space in the room to move around. Somehow, all layouts didn't seem to work for my heart, but Wanqi pressed on and gave many alternatives. We both found numerous examples online and tweaked them in all configurations using her layout programme until I was satisfied. I am immensely grateful for that. The project overran by almost a month, largely due to a bottleneck on the carpenter's side. But that is fine since we were warned ahead of time, and we were in no hurry to move in. When the apartment was complete, a few workmanship issues persisted. The laminate on a section of our platform in the living room was blistered. The carpenter returned a few times but was still unable to rectify it even until today. 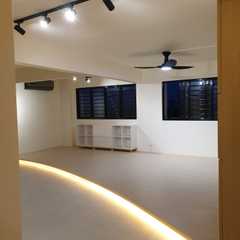 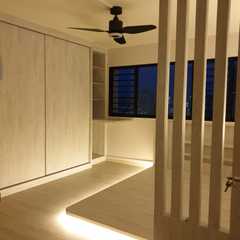 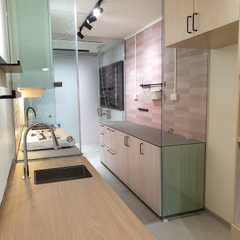 We engaged Dap Atelier for our 5 room resale hdb flat. We are thankful for Daphne. She is a good listener & very clear in her explanations to us. Daphne is also an experienced ID & she is prompt in her response. She provided us with great solutions to meet our needs. Our renovation was completed 1 week ahead of schedule. Overall it was a great renovation experience. The communication was easy. The pricing is reasonable. Thank you Dap Atelier and Qanvast. 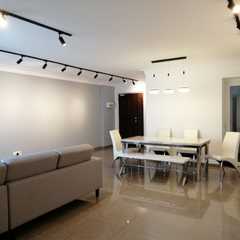 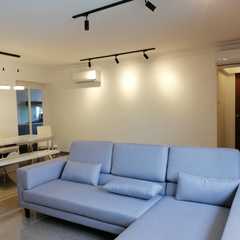 Dap Atelier was one of the ids that was recommended to us through the app and they were the first to reach out to us. After a few meetups, we decided to go with Dap Atelier as Daphne was very professional and was able to suggest to us what needs to be done for the renovation. Throughout the renovation process she was able to help us resolve any issues that we have and answer any queries we have. All in all a very good experience!

We got to know our interior designer Daphne through a friend recommendation. And we are glad we did make a right choice. The whole Renovation was smooth process. We coluld trust her to get the works done. The renovation was faster then we expected . the suppose renovation schedule was four weeks but Daphne manage to delivery within three weeks . Will definitely recommend Daphne from DAP Atelier to my friends . 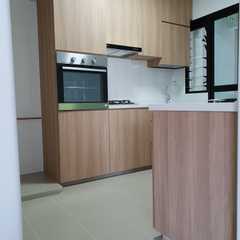 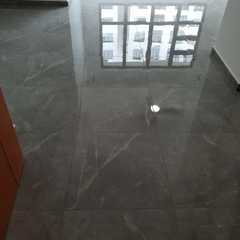 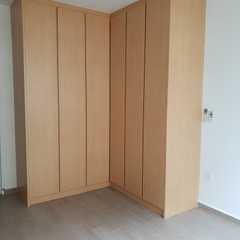 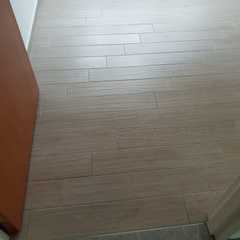 Daphne was handling my first renovation project in Singapore. She was great in details and timely support for all my enquiries and needs. She invested extensively in research for creative designs and explained to me what her team is capable of to deliver. Everything is met with clear expectation on cost material and timeline. Very satisfied with her level of service dedication and quality of work. If there is anything i could suggest will be finding better vendors for carpenters, electrical and lights. To pay more attention to the details in quality. Can pass after touch up.. The marble work is excellent, blinds and curtains are excellent..

We chose our ID Daphne from Dap Atelier as she was confident and assured us that she will handle the renovation project smoothly. The project was completed on time and she managed to coordinate well with the rest of the vendors. Although it was our own designs, she gave us advice on her knowledge on the materials needed and assisted us to understand which materials are of good quality. Overall, it was a smooth renovation journey and we were happy with our home. Renovation completed in : June 2017 Cost of Renovation : $40,000

Our ID Daphne was a friend of my wife and since we have known one another, we decided to engage 'Dap Atelier' for our renovation. Daphne was good with her work and after we both discussed about the design, she managed to execute it smoothly. Any communication was updated on the progress of the the project thus we were happy with our home. Renovation completed in March 2017 Cost of Renovation : $80,000

Our ID Daphne was a friend of my wife's friend and I have previously viewed her previous works and it was good. I decided to go for a consultation and viewed their quotation. Daphne was a professional, after meeting up her I begun to compare their pricing to other ID firms and found theirs very competitive. Even upon the first consultation, Daphne's designs was inclined more to the Industrial design and it was the look that I wanted for my home. Thus I sought her advice and she was ready to provide the adequate advice accordingly. My wife did more on the planning and liasing with her and she was responsive in handling any minor hiccups which was resolved quickly. We were satisfied and happy that everything went smooth and would definitely recommend her services to others! Renovation completed in : June 2017 Cost of Renovation : $40,000

After browsing projects on Qanvast, we engaged Daphne from Dap Atelier as her projects were similar to what we wanted for our house. We approached her with big ideas and a strong theme, and she was able to advise us with a lot of practical feedback on what may or may not work so it helped steer everything in the right direction. Daphne was very organised and gave us a progress update us on a regular basis on a Whatsapp group chat. This made the renovation process very easy for us as she was able to manage the project well. As we were very particular about alignments, we did look out and check on the workmanship for improvements to be done but Daphne helped to settle it all. We are very satisfied overall. Renovation completed: April 2017 Cost of renovation: $38,000