White, Wood and Greys for this Scandustrial BTO Flat in Sumang

For many first-time homeowners, it can be quite hard to decide on an interior designer to work with.

Homeowners Randahl and Joleen were initially stuck in such a conundrum as they still could not decide which designer to work with even after a month of meetups. 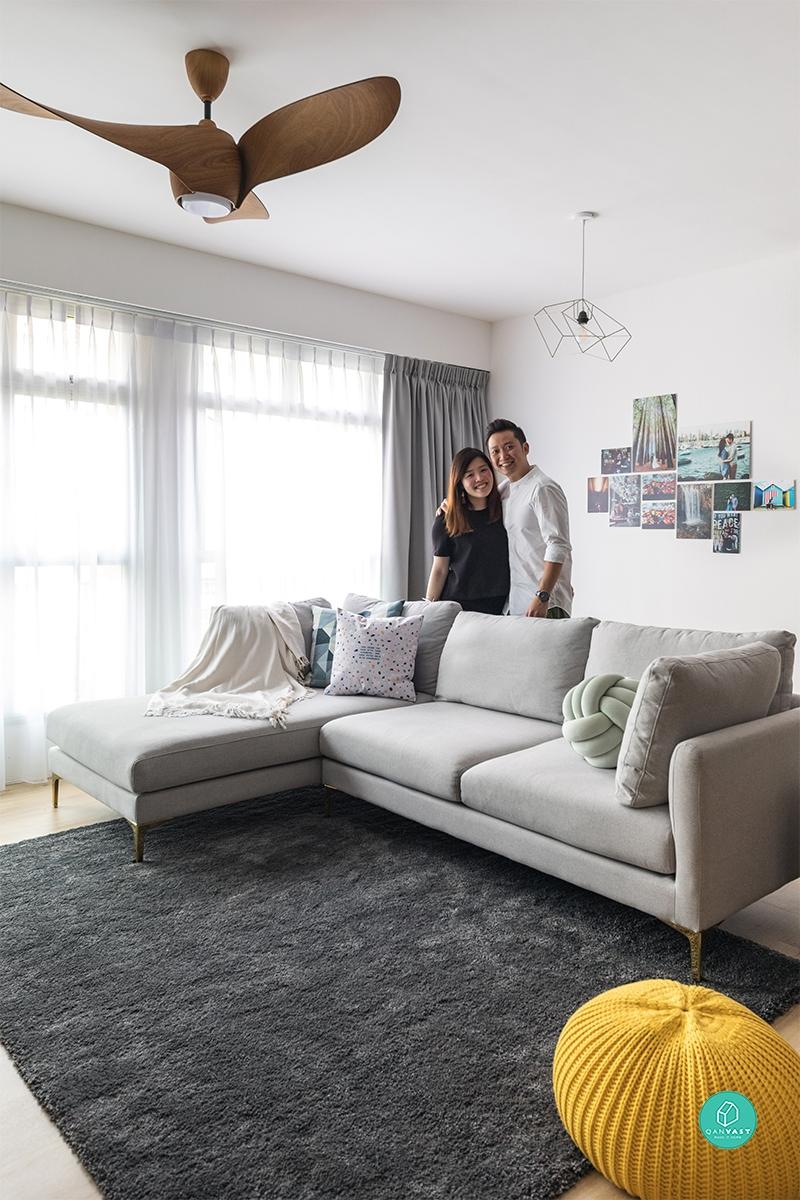 It was then that Gerald from ProjectGuru re-entered the picture with a timely phone call to the pair and moved by his sincerity, a fruitful collaboration was borne.

We sit down for a chat with the lively pair to find out more about their newly renovated space. 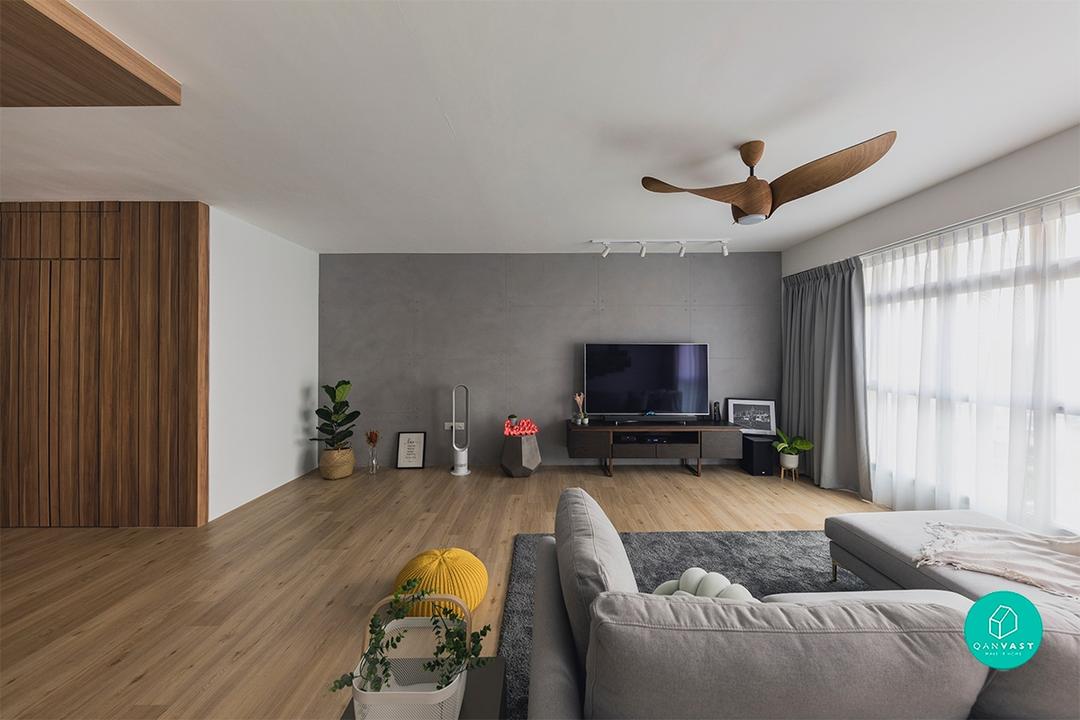 On finding an interior designer

Randahl (R): During the initial stage, we met up with a few interior designers including Gerald from ProjectGuru. Four weeks later, we were still undecided on who we wanted to work with although we were leaning towards enlisting the services of one interior designer whom we quite liked.

Joleen (J): It was at that point of time that Gerald called us. He asked us whether he had found an interior designer yet and kindly offered to help us with anything we might need assistance with. His sincerity really touched us and we decided that we should reconsider working with ProjectGuru. 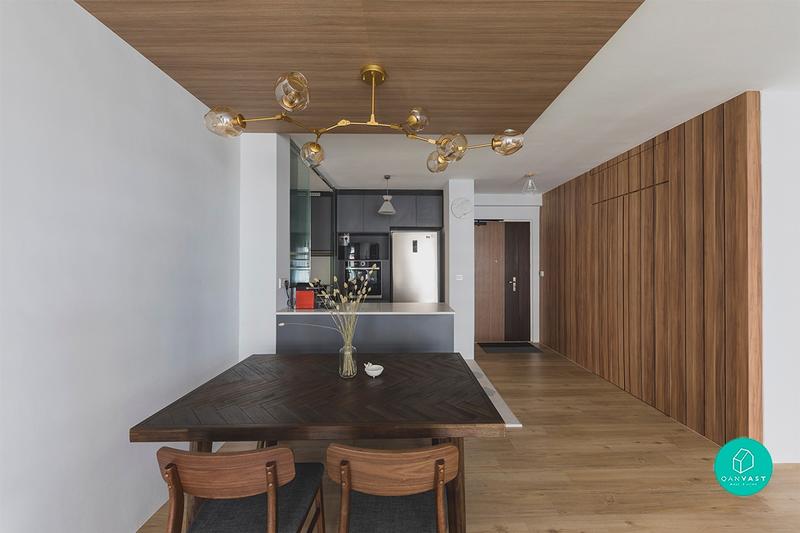 R: After receiving the phone call from Gerald, we made an appointment to meet up with him for the second time so that he could bring us to one of his company’s projects to see the workmanship and the quality. He also came up for a design for us which we quite liked.

J: We kind of had an idea of what we wanted our home to look like, although it wasn’t to the finest detail. Firstly, we wanted an open kitchen that had both a wet and dry kitchen. We also wanted to conceal the bomb shelter. Design-wise, we wanted more white and wood elements around the home. 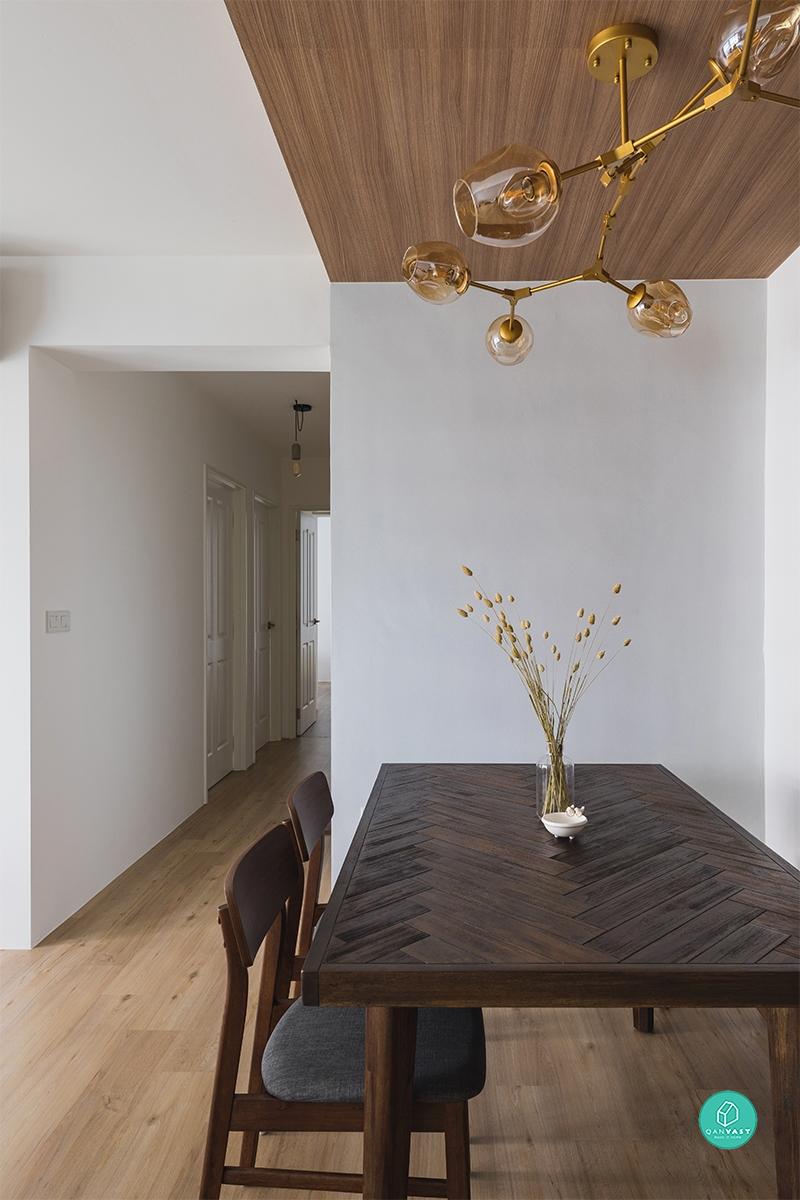 On working with Gerald

R: Gerald gave us a 3D design of how the house would look like after the renovation. He was also quite prompt at answering our queries and would help us to make any changes even if they were at the last minute.

J: He also gave us a lot of practical advice. When we were choosing the laminates, he advised us against selecting laminates that would clash with the overall design of the home or draw attention away from a certain feature. In terms of space, he also advised us on how we should position the features and furniture in our home for adequate space to move about. 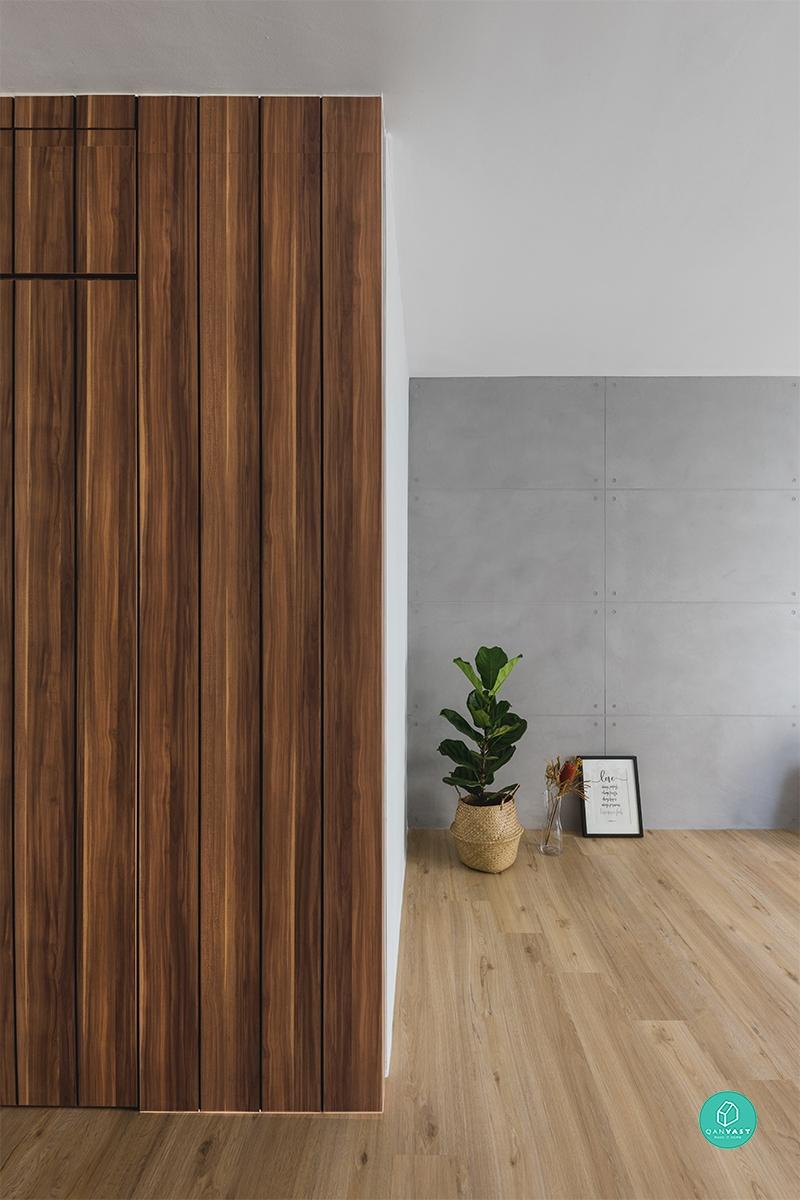 About their feature wall

J: Our feature wall is by Performance Coating. We came across their design online and thought it’ll be a good fit for our home. Gerald liaised with them and we eventually settled on this design for our feature wall.

R: I wanted a feature that would reflect my design preferences and this feature wall was it! Once we incorporated it into design, the entire design theme of the home started to shift away from its Scandinavian roots and we began to incorporate more greys and industrial elements around. 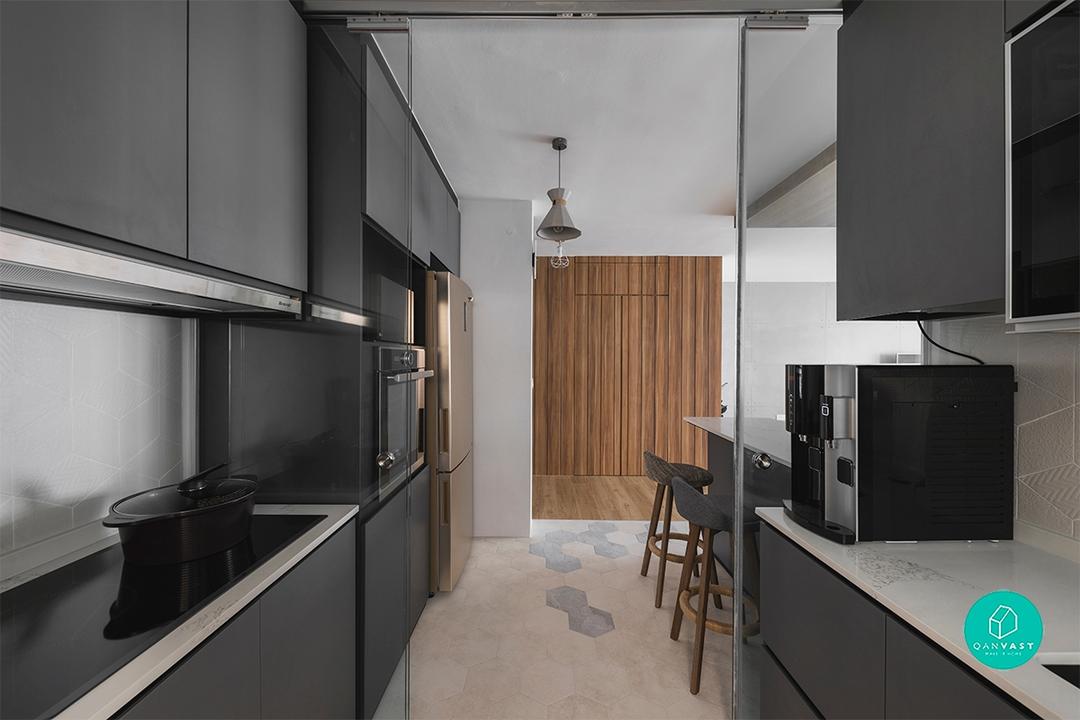 J: We had quite a bit of discussion about the kitchen. Since I wanted both a wet and dry kitchen, we had to modify the kitchen layout to become longer. We also didn’t want the typical kitchen layout where the sink is placed together with the hob and the hood so we got ProjectGuru to shift them over to the other side. 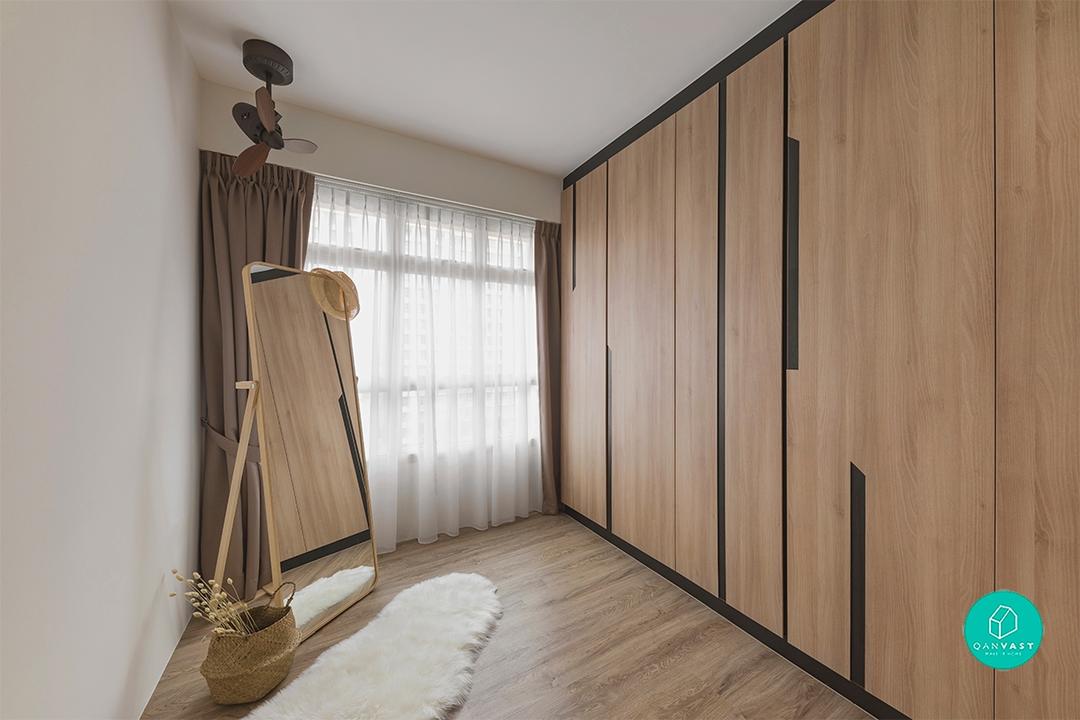 R: We got our dining table, console and TV from Prestige Affair. The bench is from Hipvan though while the two chairs are from Comfort Design. We also have a lot of IKEA stuff. Some of our items were purchased online. A lot of our lightings were ordered online on Taobao.

J: We got our ceiling fans from Malaysia. It’s from a Taiwanese brand – Sapphire. We chose it because we think it fits well with the design concept of our living room. 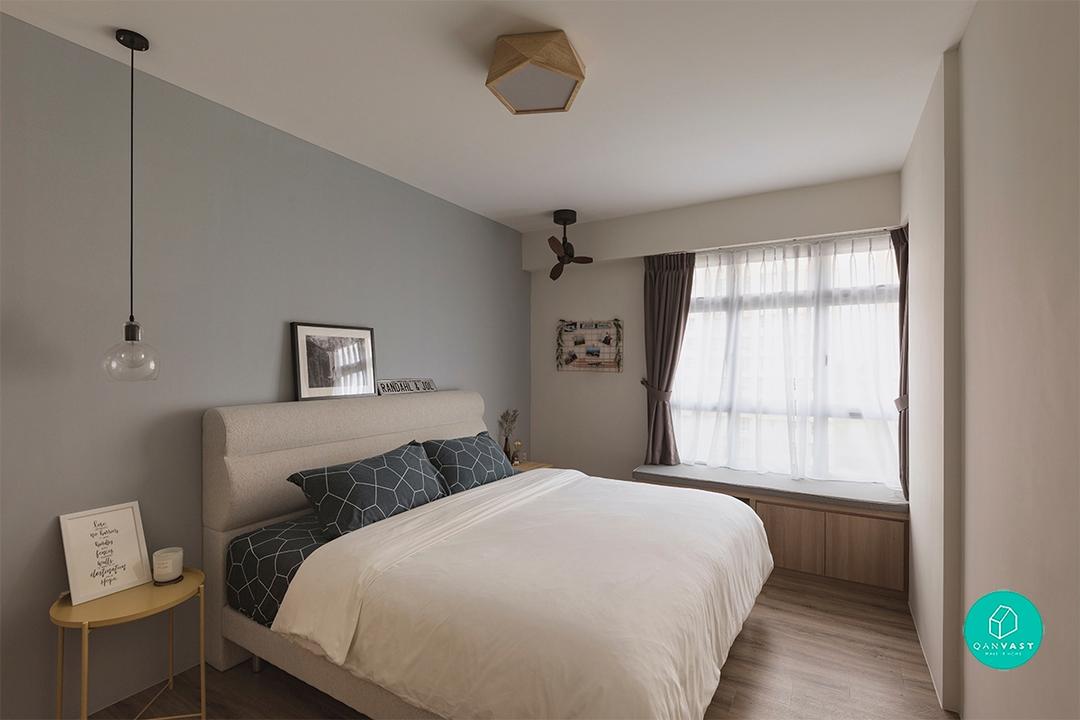 Their advice for homeowners

R: Homeowners can plan ahead on where they can search for their furniture, accessories and other miscellaneous items.

J: When homeowners choose an interior designer, they should not just select one based on how nice their portfolio is. Instead, they should place an emphasis on finding a designer who is able to understand their ideas and who they feel comfortable with. 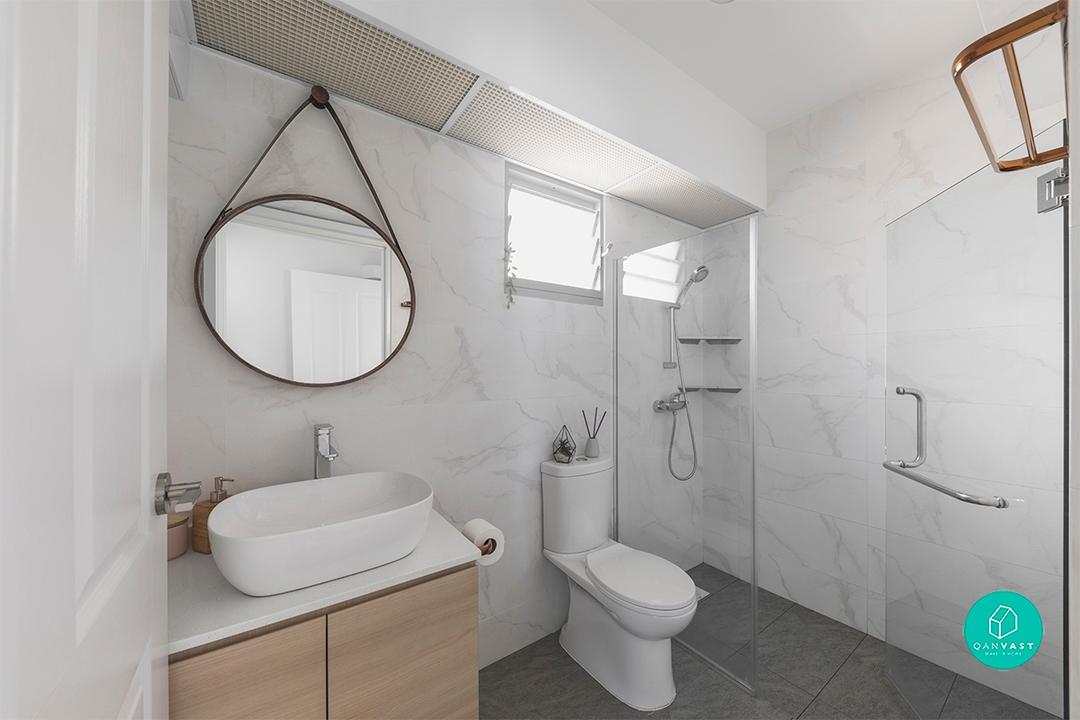 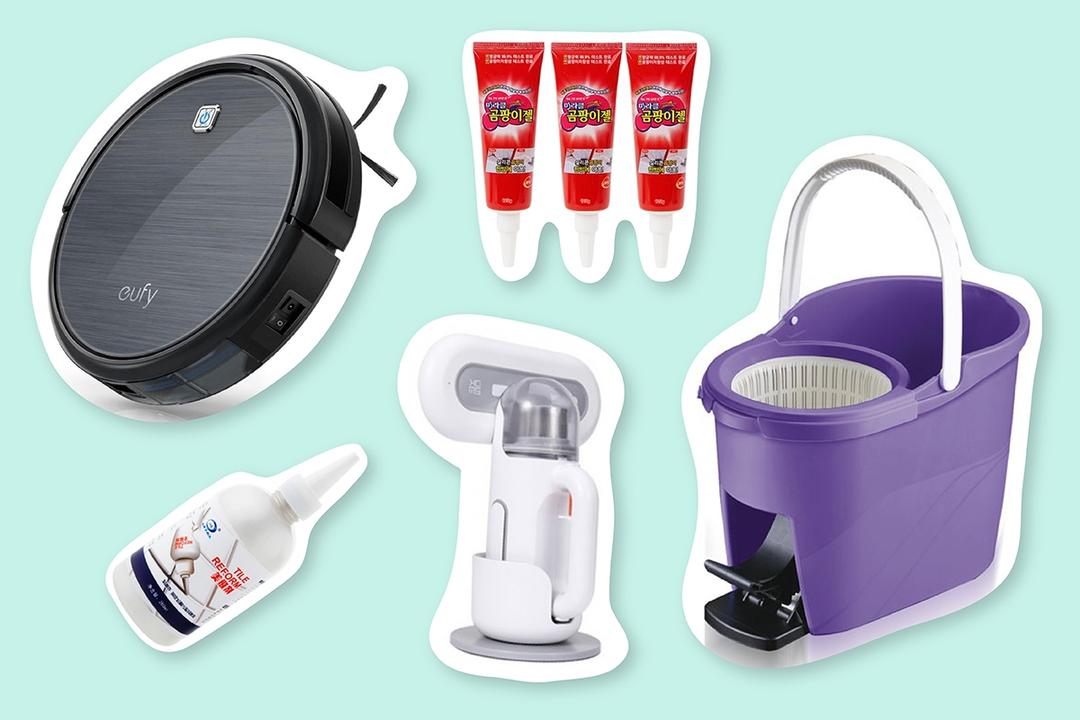 HOME PRODUCTS
6 Must-Have Cleaning Tools For Your Domestic Goddess Goals
Every domestic goddess needs her tools. But even if you aren’t one, these cleaning products will surely come in handy for the pre-CNY clean up! 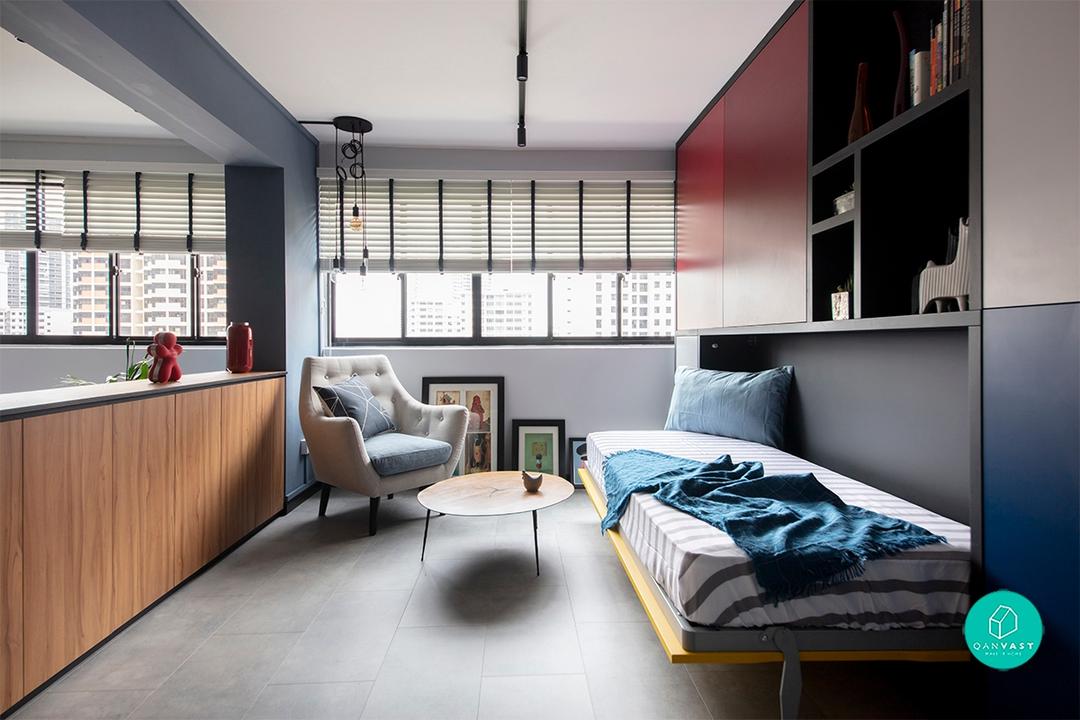 RENOVATION JOURNEY
Not Your Typical HDB: A Colourful Industrial Flat in Toa Payoh
Under the deft hands of Free Space Intent, the old dingy flat in Toa Payoh was transformed to a bright and airy HDB like no other. 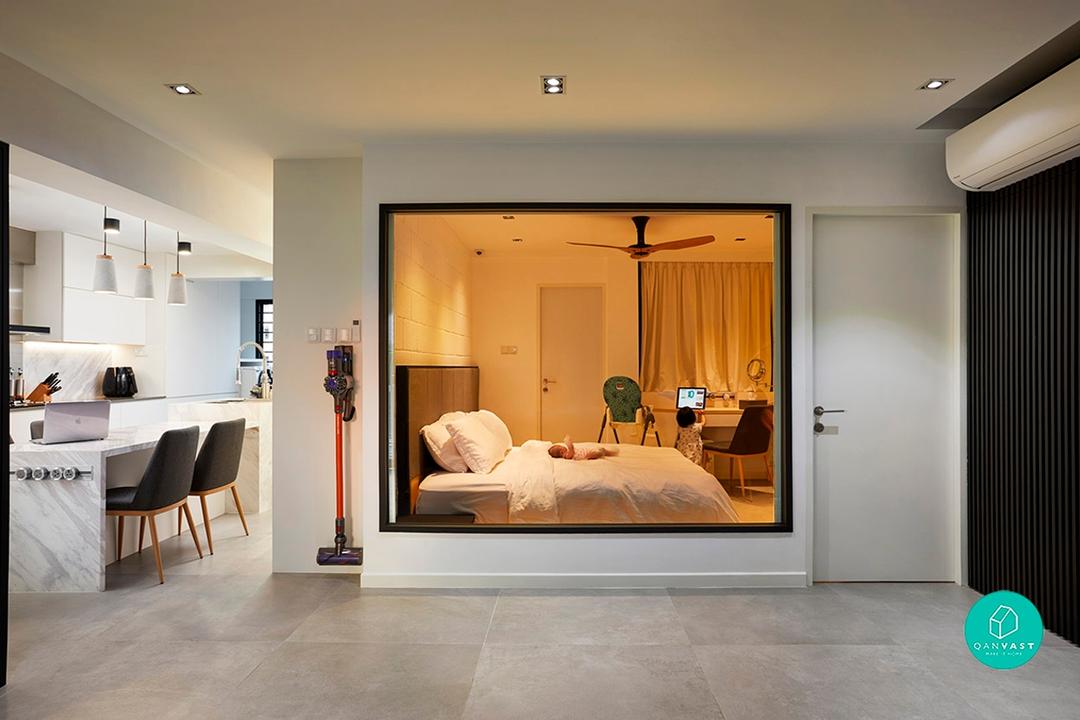 INSPIRATION
Who Needs Walls? See 7 Fresh Ideas on Open Concept Homes
Think you can do with fewer walls and doors in your life? Check out these 7 open-plan yet intimate homes.
Preparing the next article…
Recommended for you