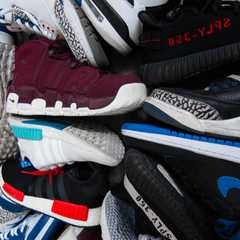 Engagement them at your own risk

Kejico was recommended by my friend and we decide to go with it since they are recommended. Kenny was our ID in-charge. The decision was made partly based on their transparency, honesty and also their sincerity. The planning of the project was good, arranged in a proper manner. The renovation process went smoothly and was completed on time. An aspect for further improvement will be with regards of their product suppliers as the quality of their carpentry works was not that good. Overall, the experience working with them was good and we are very happy with our renovation. Renovation completed in: March 2017

Out of all the IDs we met, we decide to engage Kejico for our renovation. The ID is very detailed in his explanation of why some things that i want can't be done. During the renovation, the ID updated and send some pictures to us on the progress regularly. He also gave us some suggestions and alternative materials and colours to choose from, that will eventually look better and last longer. Thanks to that, the outcome of our house actually turns out way better than what we expected from the first. There is a slight delay in receiving the tiles they ordered as it was out of stock which actually made us a little frustrated at that point of time. However, they completed the renovation works earlier than the initial agreed timeframe. We are very happy with their service and did introduce them to some of our friends. Renovation completed in: January 2016 Cost of renovation: $25,000

Read More
1 of 6
Completed your renovation with this firm? Write a review