When we first started the journey, we had no idea on what concept or design we wanted. We were only able to give Michael a vague impression of our dream home. One thing we like about Michael is that he was able to work around our idea. He does not try to talk us out of our design, but instead provided valuable suggestions and followed through. Being fickle minded, we definitely had plenty of last minute changes. Michael was able to accommodate to our requests every single time. He was also able to work with the budget and gave suggestions on areas where we could save money on. It was a breeze working with Michael as he is responsive and has an eye for details. He ensured that any poor workmanship done would be rectified at its soonest. Of course there were a few hiccups and things that were overlooked. However, Michael was able to compensate for it. Although he did forget to include certain things that we were quoted for, when told, Michael would immediately call his men and get it done at the earliest possible date. Overall, we made a good choice in engaging Michael to be our ID. 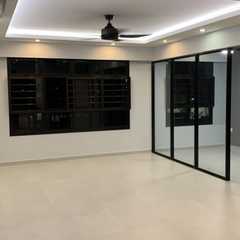 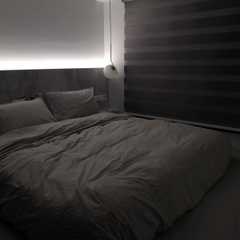 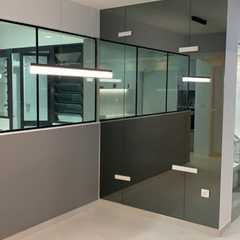 Michael is very familiar with his work. He listens to our requirements and always give fresh ideas which gives our abode a a very modern yet classy feel everytime we step into our home... There's always good communication between us and he gives good headsup on the progress of the renovation. He is also very patient with us and our change of requests which makes it easy for us to communicate....

The designer know it's work and will response when you need his advise. Able to know my budget and proposed what I wanted. A humble and knowledgeable designer. Active listening that he will propose the design you need. Additional effort is that he will bring you to look for the furniture you need. We only do a minor renovation ( doing a alter, false ceiling and console table) but he still entertain us. 8 Month ago, we approached Qanvast in search for an ID. As usual we were given 5 recommendations and walar... Visionary Interior stood out from the others!! Why Mike? Reason for our selection was the confidence Mike has in turning our HOUSE into our HOME. He have patience! We gave Mike a challenge as we approach him with no ideas of how we want our home to be. He presented us with his bold ideas, but some was too much for us to accept. Having said that, Mike have the patience to change his design till we are satisfied. Start Work... Finally the project kickoff, we were updated consistently on the progress of the work.. He coordinated smoothly with no hiccups and managed to completed within the time frame that he promised. Conclusion Pass experience with different Contractors wasn’t pleasant, we often end up with disagreements or lots of hidden cost. Mike been professional enough to eliminate all this factors and we manage to maintain a good relationship though out.

Read More
1 of 14
Completed your renovation with this firm? Write a review