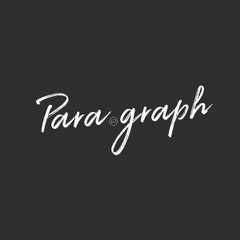 I was introduced a total of 5 ID firms by Qanvast, but we chose to go with Para.graph because ultimately, I felt the greatest level of sincerity and transparency from Jack and Carol, which translates to a genuine and comfortable working relationship. Being a first time homeowner, I had certain expectations of what I was looking out for, but I was always open to ideas from my IDs. Based on their prior experience, Jack and Carol was able to provide nifty solutions to specific problem areas within my property, while incorporating their design aesthetic into the final product at the same time. They were able to best maximize the space within the property, and create sufficient storage without feeling too claustrophobic or cluttered-looking. One interesting thing to note is that the team's design process is unique, in that they do not provide a full extent of 3D rendering of the eventual design, but instead adopting a more 'design-on-the-fly' approach while having a rough idea of the overall look and feel. It was a breath of fresh air, because I felt that it demonstrated a more practical approach to design without being mired in idealism. Being a fairly hands-off person, I was able to rely heavily on Jack and Carol to manage the project end-to-end without much hassle on my end. They undertook a large amount of responsibility on their end (such as communicating and negotiating with stakeholders such as the MSCT, or external service providers) and were able to involve me only at key decision points (such as material selection). I was able to trust them to take certain decisions on my behalf, because I felt that they were able to understand clearly my needs, and anticipate my response. In areas of communication, Both Jack and Carol were clear, transparent and prompt in our correspondence, which ultimately led to minimal (if not zero) misunderstandings. They were very accommodating of my schedule, and took time off late into the evenings/nights to texts or call me whenever I was having difficulty understanding certain technical details. Workmanship and quality of the carpentry, was top notch with very minimal issues (at least at point of writing) at point of handover, with most of issues easily resolved via a quick touchup. We had a strict unmovable timeline for Jack and Carol to complete the project (about 3 months inclusive of Chinese New Year holiday period) to basically hack down, and rebuild the interior from scratch and somehow, they were able to pull everything together eventually. Also, I must commend the teamwork and collaborative spirit between Jack and Carol, and with their respective team-mates/suppliers. Unfortunately, Jack was down with dengue fever and out of action for about 1-2 weeks, but the team was able to pick up the tasks and stick to the respective milestones without zero delay. Kudos to the team, and greatly appreciate our working relationship.

Professionalism
Workmanship
Design
Project Management
Hide
About Para.graph
Para.graph is where imaginations and dreams gets turned into reality. Achieved by graphing all the details from our experiences upon your space. Here, we treat each project as an unique journey where the client and us share our experiences to develop and create bespoke spatial desires true to one's heart. Laid back yet professional, Para.graph is well geared to take on all forms of design and construction works. And we strive to deliver at all times.
Read More
View all 8 projects ›

... high-end yet cost effective designer, that gets it done

We'd work with Jack and his team again on any renovation project. It takes a high level of patience and experience to support our project--a complete overhaul of our resale condo. We have strong opinions, a budget, and firm timelines in mind. In other words, we're pretty tough as a customer. Para.graph exceeded our overall objectives and we didn't hate them or ourselves at the end of it. Our trust level was high as we got into it, and we were very much excited to be now living in what is now a brand new condo with an incredible design and finish. They use top vendors to support their work. High quality workmanship. Para.grapg is responsive and will get the job done. You won't regret working with them.

Read More
AL
Excellent designer who delivers and follows up.

Jack was recommended by a very good friend and his wife. He did an excellent job for them. Likewise, he and his team did a good job for us. How? First, he understood our needs and preferences (style). Second, he is an excellent interior designer (he used to do ID for luxury yachts). Third, he used good and reliable workmen. Fourthly, he delivered what he promised closed to the original agreed price. Fifthly, he made sure the workmen did their best. Sixthly, he amended any mistakes. Finally, he followed through. We moved in 11 months ago, he just came by today because we had a little problem. I would recommend Jack wholeheartedly.

My wife and I were immediately impressed with Jack's ideas for interior designing our new condo in Bukit Timah, Singapore. He came across as an experienced professional and did not impose his ideas on us and was always willing to accommodate our preferences and thoughts. He has an excellent team who finished the work according to our desired specifications and the level of finish was excellent with that extra piece of care and finesse that is hard to find. Jack was regularly on site to make sure that the work was going to plan and was very reassuring when minor adjustments and setbacks occurred. Throughout the entire design process, from initial conceptualisation to final accomplished work, we found that Jack was willing to work closely with us on our evolving ideas for the space and exploration of different options, textures and materials. He was patient and attentive in each meeting and we got to know him well. His ability to listen to our hopes and aspirations for how we would use the various spaces was a particular strength. As a result, we felt he truly designed our new home to incorporate our personalities as well the way we would live in it as a family unit. The after care was also truly excellent. He really takes pride in his work!

Read More
1 of 4
Completed your renovation with this firm? Write a review
Projects 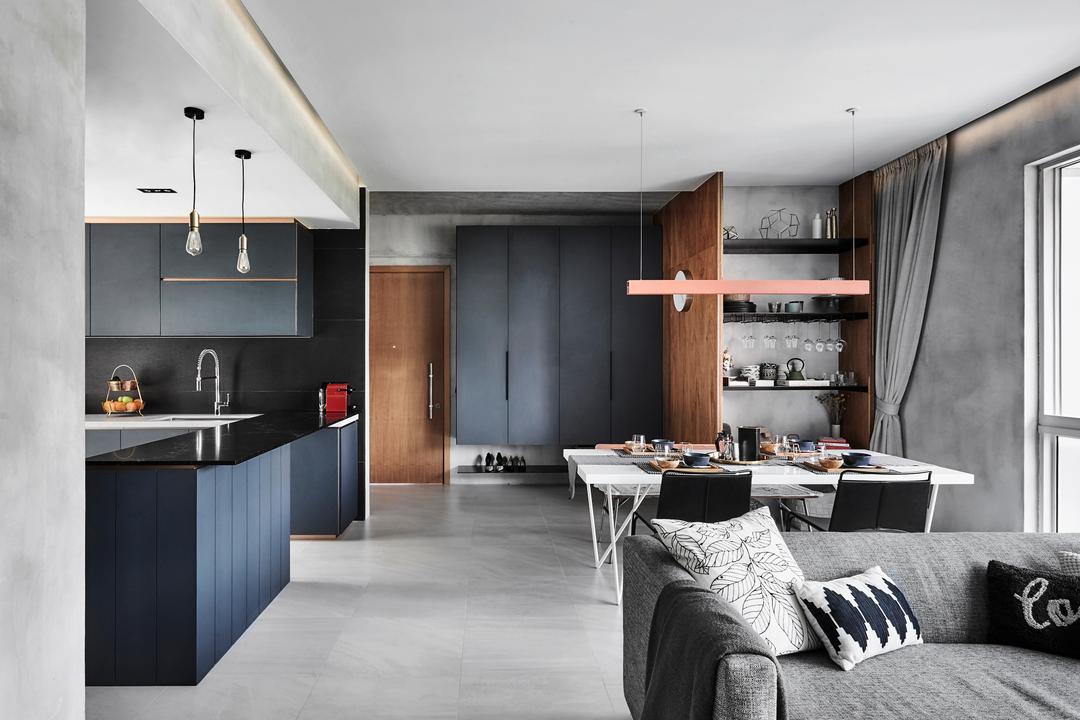 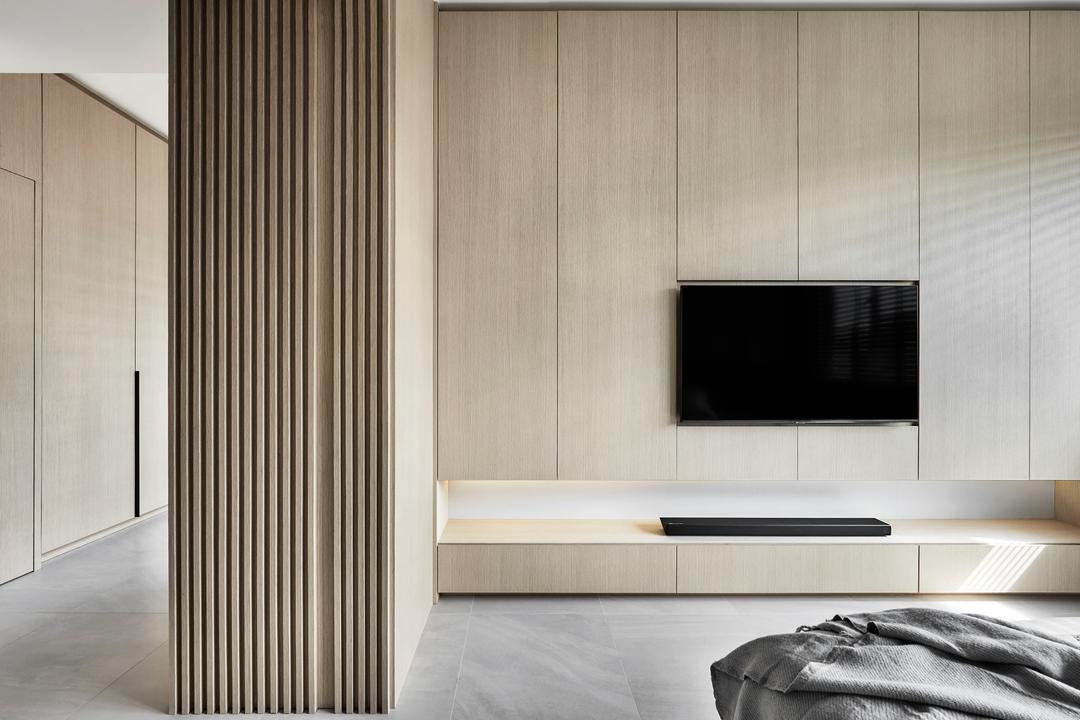 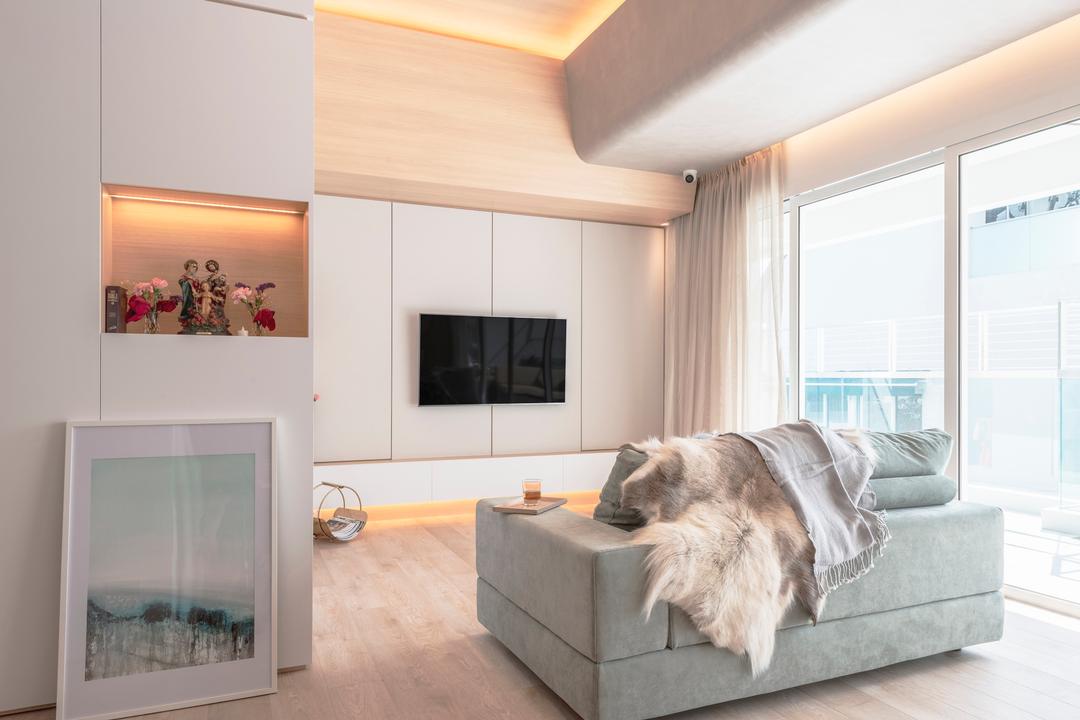 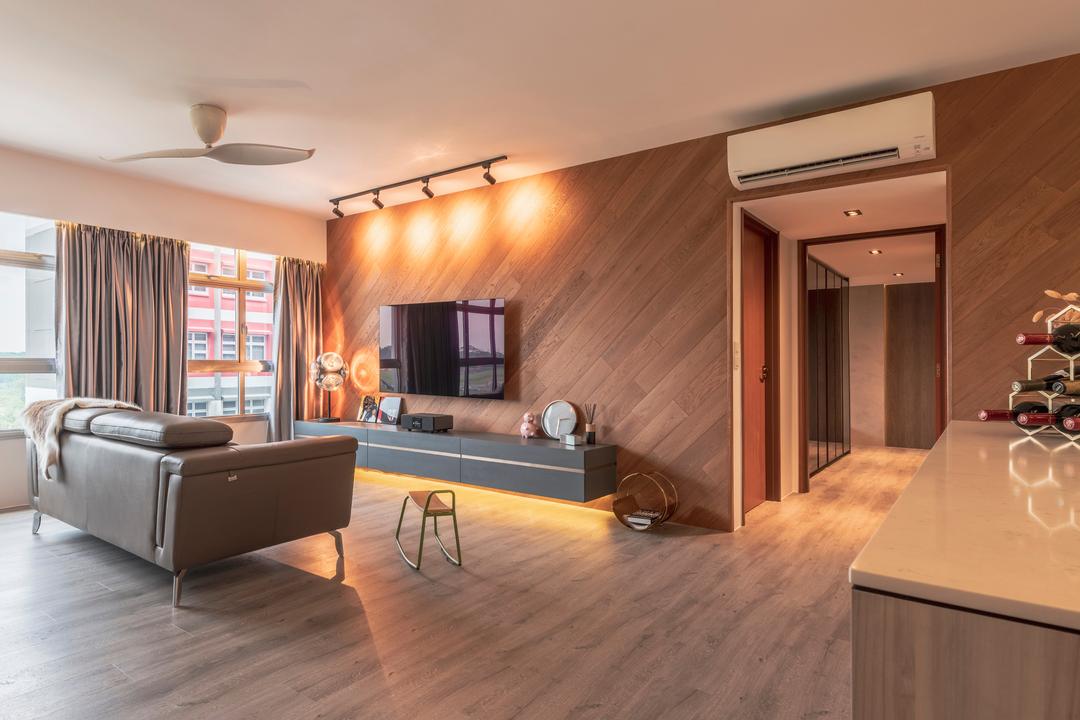 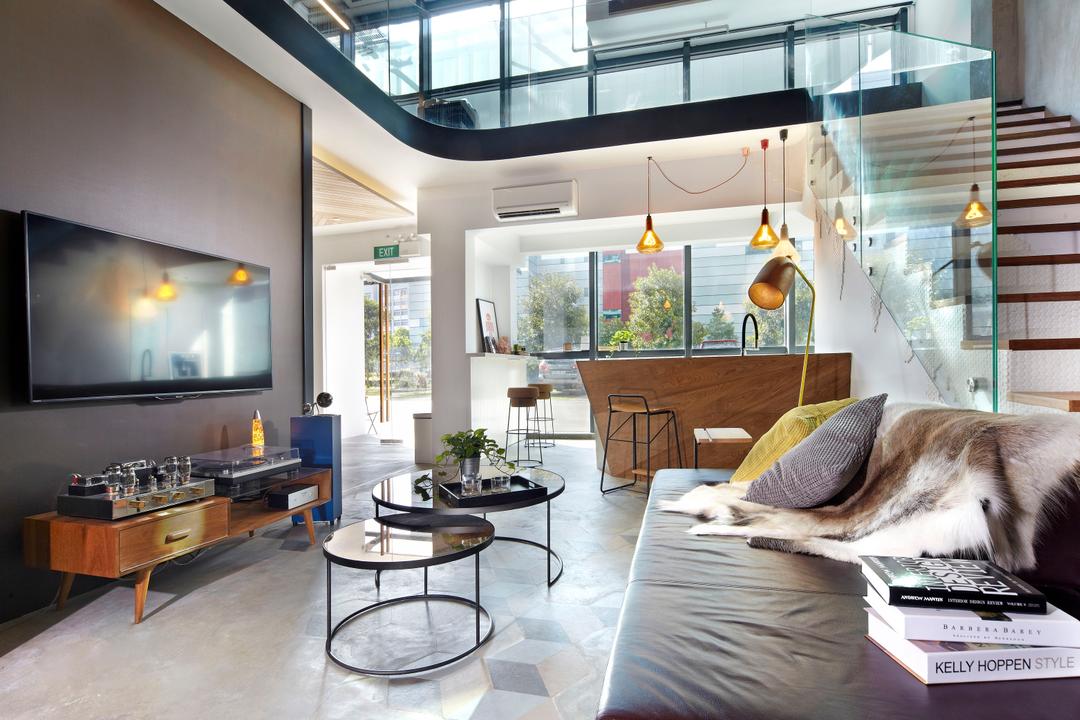 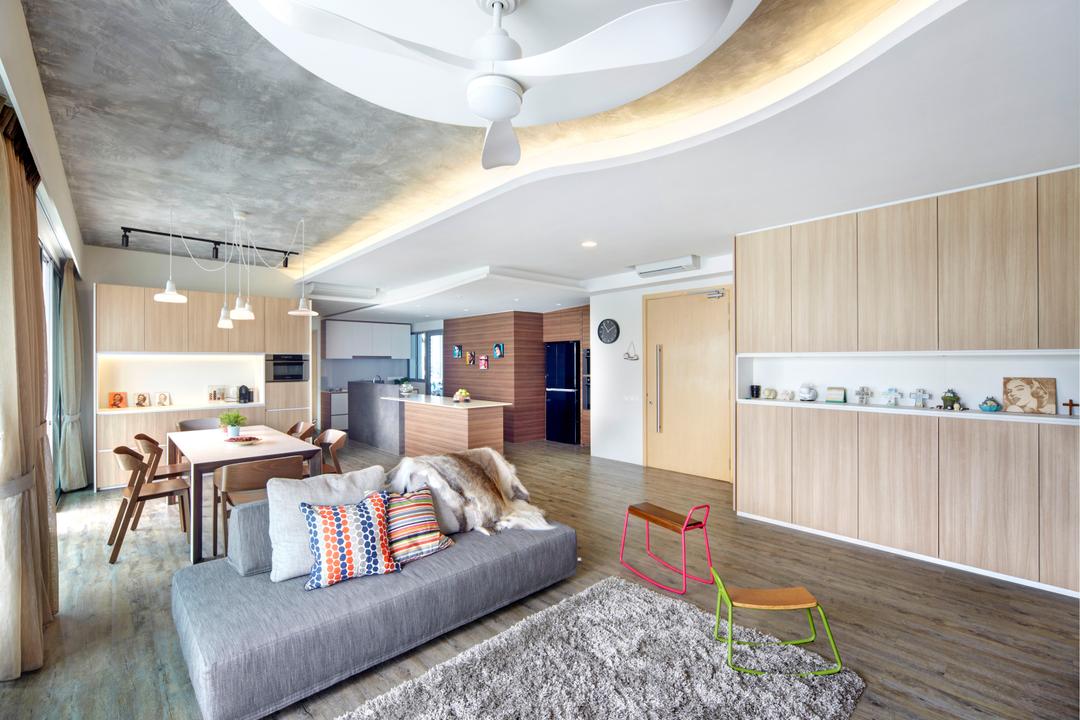 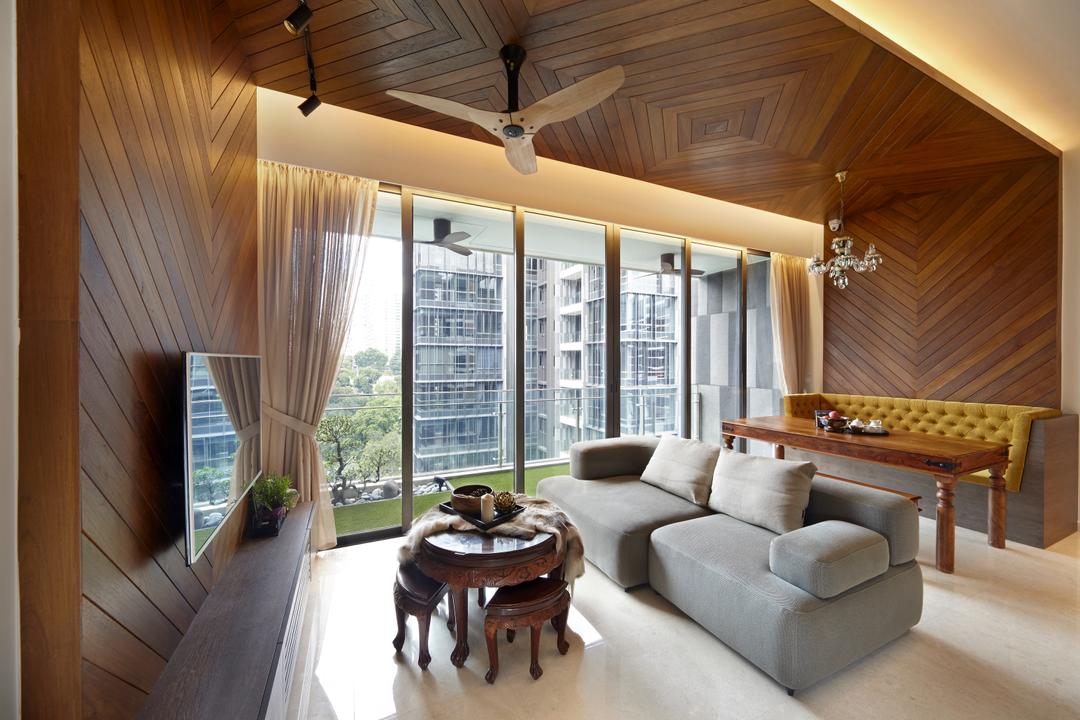 Based on 4 reviews left for Para.graph, the firm achieved an average rating of 4.94. Read homeowners’ reviews of Para.graph.

Para.graph has 1 showroom in Singapore, mainly in East and North-East. See all of Para.graph's showroom addresses.

Para.graph is currently not an HDB-registered firm. They do however work with sub-contractors licensed by HDB. You may want to check with the interior firm for more information.

Is Para.graph popular among homeowners?

What is the average renovation cost on the projects completed by Para.graph?

The average renovation costs of projects completed by Para.graph (in the past year) are S$0 for HDB and S$0 for Condo.

13 people enquired recently
This firm has a minimum budget requirement of S$50,000.